If Music Be The Food Of Love … Turn It Up

Music is a living space-time continuum with the ability to connect us to worlds of pleasure… and pain, writes Gava Fox.

SOMEWHERE in the Namibian desert, hidden from prying eyes and the willful vandalism that usually accompanies these things, stands an art exhibit unlike anything else on earth.

The creation of artist Max Siendentopf, it consists of a series of 1.5 meter-high pillars atop which sit an iPod connected to several speakers and all in turn plugged into a solar-powered battery source.

That the song reached number one on the US Billboard Hot 100 chart in 1983 is more testament to the dearth of decent music from that period than its quality.

Band member David Paich had been playing around with a new keyboard when his fingers literally stumbled across the now-familiar riff. At the time, Paich had never stepped foot in Africa, but a copy of National Geographic on a nearby table – open at a feature on Africa – caught his eye, and a hit was born.

If an alien spacecraft was to choose a remote part of Earth to land unseen, they could do far worse than to pick somewhere in the remote Namib. One wonders what they would make of this bizarre spectacle.

It is more likely however, any alien life would first come across Earth’s music somewhere in deep space following the launch in February 2018 by Elon Musk of one of his electric cars aboard a Space-X rocket.

The cherry-red Tesla is now cruising through deep space with its top down, being “driven” by a mannequin, on a timeless voyage that could last for millions of years.

If an alien spaceship was to stumble across and investigate this curious vessel, they would discover ¬– also being played on solar-powered endless loop – Space Odyssey, by David Bowie.

It’s probably a good thing that in space, no-one can hear you scream.

These two “follies” – as the creations of brilliant eccentrics were once properly known – give a great insight into our relationship with music. 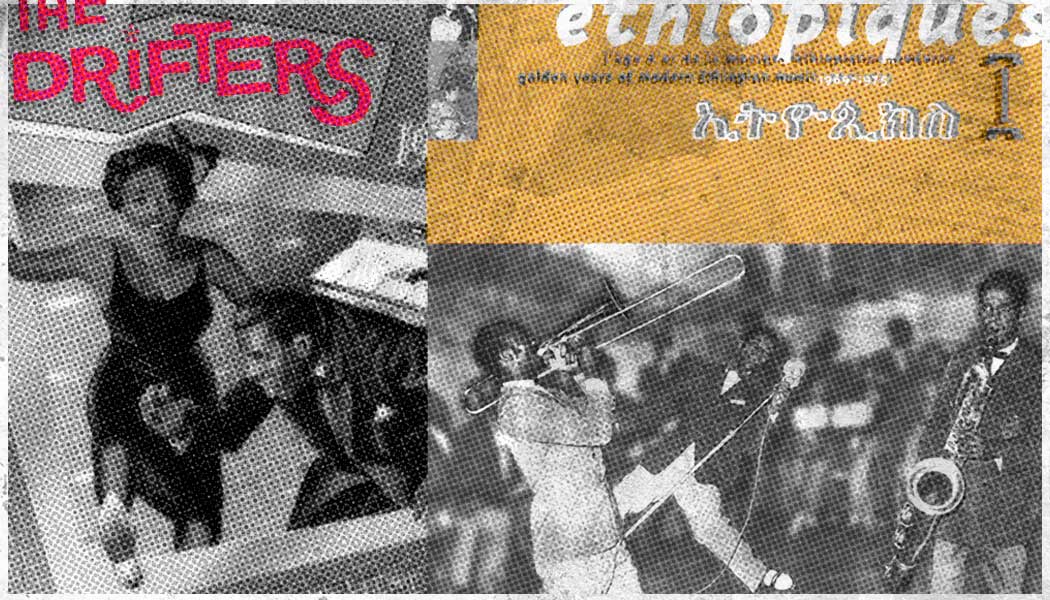 Most people consciously pin significant events in their lives to specific dates – we all have birthdays, for instance, or anniversaries marking a wedding, graduation or even relocation.

Recovering alcoholics or drug addicts can often tell you to the minute when they went on the wagon, while sports fans can recall with clarity the time and place their team won a significant victory.

“Without music, life would be a mistake,” wrote Friedrich Nietzche, whose “Ubermensche” philosophy tried to teach us that man can overcome his very being so that no action can be judged.

Nietzche also famously wrote “God is dead”, but the great protestant reformist Martin Luther clearly disagreed, saying almost 300 years earlier that “Next to the word of God, the noble art of music is the greatest treasure in the world”.

We’ll never know who created the first music, but most academics agree it was probably unintended, and originated with early man when they tried to imitate birdsong in order to catch prey.

Given every culture in the world – even the most isolated tribes and those long extinct – has some form of music, it is safe to say that it originated in Africa and spread through the world along with the great dispersal of our ancestors.

The world’s oldest living civilization is widely accepted to be Australia’s Aboriginals who anthropologists date back in an unbroken line to around 80,000 years ago – nearly twice as long as the roots of western Europeans and east Asians.

Aboriginals have a rich musical tradition – including instruments – and so it is fair to date the evolution of music to at least that period.

The first “instrument”, however, was almost certainly the human voice, with fireside tales being far easier to remember and pass along as poetry or song.

Instruments would have evolved quite naturally. The banging of a stick against a rock would become a drum; a whistle, when accompanied by a leaf or piece of bark would become a crude pipe.

A flute, a V-shaped vulture bone with five holes found in a cave in Germany, has been dated back around 35,000 years and is widely considered the earliest known musical instrument.

Ancient music, the name given to that which followed the prehistoric period, is far better documented and the oldest known song written down dates to 3,400 years ago in Syria – a rather monotonous hymn to a pagan god.

Skipping along, we get to early music – mostly dominated by the Roman Catholic Church – and straight into the Medieval period, heralded by those Gregorian chants named for Pope Gregory 1, who was himself a composer.

It was the Renaissance that brought us something more akin to the music we know today – tunes and songs orchestrated for multiple instruments and voices.

The invention of printing had a profound effect because finally musical scores could be copied multiple times and those familiar with the “language” could learn it from sight, rather than ear.

With music now a mass medium, it was ready to take on the world.

We tend to think only modern music has the power to shock, but in reality music has been causing revolution for centuries.

Beethoven, arguably the greatest classical composer in history, wrote his brilliant Symphony No. 3, known first as Heroica as a tribute to Napoleon Bonaparte, thinking the Frenchman embodied the democratic and republican ideals that Europe yearned for at a time Kings and Princes were starting wars on a whim.

When Napoleon turned out to be just as tyrannical as the royals he toppled, courts across Europe refused to play Beethoven’s masterpiece, so he renamed it Eroica, ensuring its place in history.

Beethoven was probably the world’s first true “tortured genius”. He was a child prodigy and in his early twenties was already one of the most sought-after musicians in Europe, able to compose new pieces to order for any occasion – at a price, of course.

But in his early twenties he was interrupted while composing a piano piece and flew into a rage, which resulted in an epileptic fit. He somewhat recovered, but was left with tinnitus that deteriorated and eventually left him profoundly deaf by the time he was 40.

He constantly considered suicide, but such was his genius that he was still able to compose some of his greatest works, entirely in his head and for full orchestration, without hearing a single note.

Mozart was the next tortured genius – an alcoholic gadfly obsessed with writing songs about poo – who left an astonishing volume of work despite dying a pauper aged just 35.

From the beginning of the 20th century, musical development fairly raced along.

Before the invention of the gramophone or wireless radio, the only way to listen to music was to play it yourself or hear it live. Popular songs of the day were hastily printed and sold for a penny so that performers could cash in on the latest trends by busking in public or singing in pubs.

No Victorian dinner party was complete without someone playing a piece to the gathered guests, while comedic operas by composers such as Gilbert and Sullivan were as popular then as musicals like Cats and Les Mis are today.

It was Thomas Edison’s invention of the phonograph that truly changed everything. Suddenly everyone could play music in their own homes – albeit scratchily.

Despite the evolution of music, academics argue there have only been three true musical “revolutions” in the last 50 years – 60s, 80s and 90s.

A group of British scientists looked at more than 17,000 songs from the US Billboard Hot 100 and looked at the different characteristics of each song – including harmony, chords and tones, and then analysed how they changed over time.

In the early 1960s, chords found in jazz and blues started to die out and the invasion of British bands – from the Beatles to the Rolling Stones – introduced a new sound, rock.

New technology including synthesisers and samplers drove a second major style shift in the 80s and gave us disco, which still endures in much club music.

The third, in the early 90s, came when rap and hip-hop entered the mainstream.

Today we all hold some music in our hearts and minds – even without deliberately doing so.

How many times have you heard a song and it’s taken you back to a time or a space – a real space-time continuum.

For me, I only have to hear the opening bars of Leonard Cohen’s Suzanne and I am transported back to the late 70s (we were a bit behind the times where I was growing up in Africa) and I am having sex for the first time with the song playing in the background. Cohen’s performance lasted a lot longer than mine.

Who can resist singing along to Queen’s Bohemian Rhapsody, especially in a car, and that song instantly takes me back to seemingly endless road trips.

I can’t listen to Suzanne Vega at all. The only tape cassette we had between us while covering the appalling genocide and retaliations in the Great Lakes region in Africa was her Greatest Hits album, and any song from it reminds me of butchered, bloated corpses.

But mostly, music gives us joy.

A few years ago, I spent some time in jail for an offense that would not even be considered a crime in much of the world. Conditions were stark, I was afraid for my future, and I was surrounded by, well basically a bunch of desperate criminals.

The thing that kept everyone on the straight and narrow was music. At almost every hour of the day, you could hear a prisoner singing – sometimes several in an impromptu choir.

The wardens allowed us to have musical instruments and in a population of around 1,500 people, there are always going to be some who can play – many very well.

Their practice sessions and concerts were always well attended, with prisoners gathered around, lost in the music and for a while oblivious to their surroundings.

The famously atheist American novelist Kurt Vonnegut – at time of writing still going strong in his 80s – was asked years ago what he wanted as his epitaph. He replied:

“The only proof he needed for the existence of God, was music.”