James Watling gives us the rave on electronica with a hint of jazz. 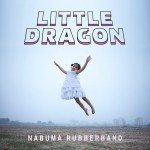 LITTLE DRAGON – NABUMA RUBBERBAND – LOMA VISTA/BECAUSE MUSIC
WITH fewer beats and synths than 2011’s Ritual Union and a tempo more in line with their debut from 2007, the Swedish purveyors of eclectic pop have delivered their fourth studio album in seven years and it’s every bit as quirky and glorious as we had been hoping for.
Eschewing the temptation to make a run at a breakout album we’re instead served a more ominous, almost spooky concoction of down-tempo melancholy more in line with their earlier soul-drenched jazzy work before the likes of Damon Albarn, TV On The Radio and DJ Shadow discovered their unique slant on songwriting.
Swedish Japanese lead singer, Yukimi Nagano, is still on form and the transition into a professionally released studio mastering (all previous albums had been produced in-house) lends a more honest and fluent feel to proceedings, yet lacks the unpolished dynamism and sheer energy of 2009’s Machine Dreams or the hazy stoner soul that permeated their first release. From the opening bars of Mirror (co written by Dave of De La Soul fame) we know that we’re into uncharted Little Dragon territories – a far darker, almost angry, direction where Nagano is simply letting go of emotion. It’s for this introverted reason alone that Nabuma Rubberband succeeds so tremendously. The contrast between jazz-licked electronic down-tempo and dance genres is still present but now far more adventurous in scope with second single, Paris, being the only track that breathes light into an otherwise incredibly husky, almost industrial, sonic landscape that doesn’t let up until the arrival of closing track Let Go.
This is the coming-of-age album that real fans of Little Dragon had been hoping for over the past few years – a record that doesn’t threaten to take this incredibly talented group into the watered down generic conscience of the mainstream but, instead, plays to the strengths of their greatest ability – to create a parallel universe of intelligent kitsch pop unlike anything you will have heard before. 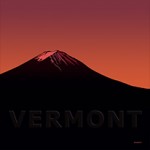 VERMONT – VERMONT – KOMPAKT
HUGELY respected German House pioneers Marcus Worgull and Danilo Plessow (better known as the figures behind Motor City Drum Ensemble) have collaborated on this hotly anticipated venture into pure analog electronica territories which many have touted as being the second coming of Kraut Rock, and the result is a landscape of warping percussive synths set adrift amongst a complex sea of emotive avant-funk.
Perhaps the best way to approach Vermont as an entirety is as a 14-track improvised electronic jam session played out on aged analog gear. Nothing sounds overproduced or overworked and instead we are treated to a sonic landscape where space is afforded more time than bass drops, and all out 120bpm kick drums . . . and for that alone Vermont is an enthralling step into the unknown for two of House music’s most beloved producers. 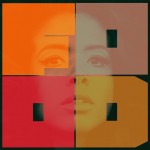 KELIS – FOOD – NINJA TUNE
IT’S been 10 years since Milkshake rattled our speakers and over 15 since Kelis landed on our radars with Kaleidoscope and it’s been a tough time for one of R&B’s leading ladies with record label struggles, overlooked work (remember 2010’s Flesh Tone on Interscope?) and an audience more into the polished candy rapping Beyonce than street-level nu soul divas. Never one to shy from reinventing herself to her audience (she once vowed never to release another album) Kelis has struck an unlikely partnership with Dave Stiek and out of nowhere signed to London-based Ninja Tune for Food, and it’s a treat.
Jerk Ribs is the lead single and opens Food with a boisterous driving ‘80s percussive edge before the full force of the brass section and horns takes over, whilst Runner is stripped back mature and husky soul classic in the making. 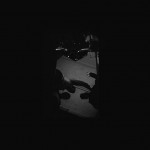 BADBADNOTGOOD – III – INNOVATIVE LEISURE
THREE students from Toronto have been propelling themselves into the stratosphere of late after their covers of Gucci Mane’s Lemonade, work with Frank Ocean, weekend gigs at Coachella and collaborations with Tyler The Creator planted them firmly on the centre stage of world jazz. III is their debut album and it’s a rebellious, some might say overconfident, nine-track effort that is as punchy and original as their hip-hop-inspired arrangements whilst managing to avoid the pitfalls of no brainer trip-hop territory.Differently, Still is the closest any of the nine arrangements makes it to what may be considered traditional jazz structures, whilst the rest of the tracks attack at a more energetic dance-driven tempo with standout, Kaleidoscope, erupting into a spiraling, chaotic, yet stunning crescendo of live drum and bass from the quietest of opening piano solos. 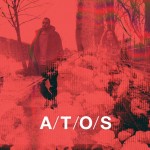 ATOS – DEEP MEDI MUSIK
THIS is the last thing we were expecting from Mala’s Deep Medi Musik – a label that’s more aligned with deep, bass-driven dubstep, underground UK club nights and a roster of heavyweight DJs – this first album offering from ATOS is all the better for being this year’s finest label curveball to date. ATOS (A Touch Of Struggle) have dropped a blues-infested bass-heavy nugget of modern soul that has only just usurped Album of The Month status by Euro-neighbours, Little Dragon. The slickly produced smooth percussive edges of ATOS are most atmospheric on the title track A Taste Of Struggle but the constant subtle switches between downbeat dubstep, smoky distorted vocals and clever drum arrangements are seamlessly seductive. Standouts include the warping delayed bass of Cosmos, looping blues piano and synths of What I Need and extended album closer, Variations.