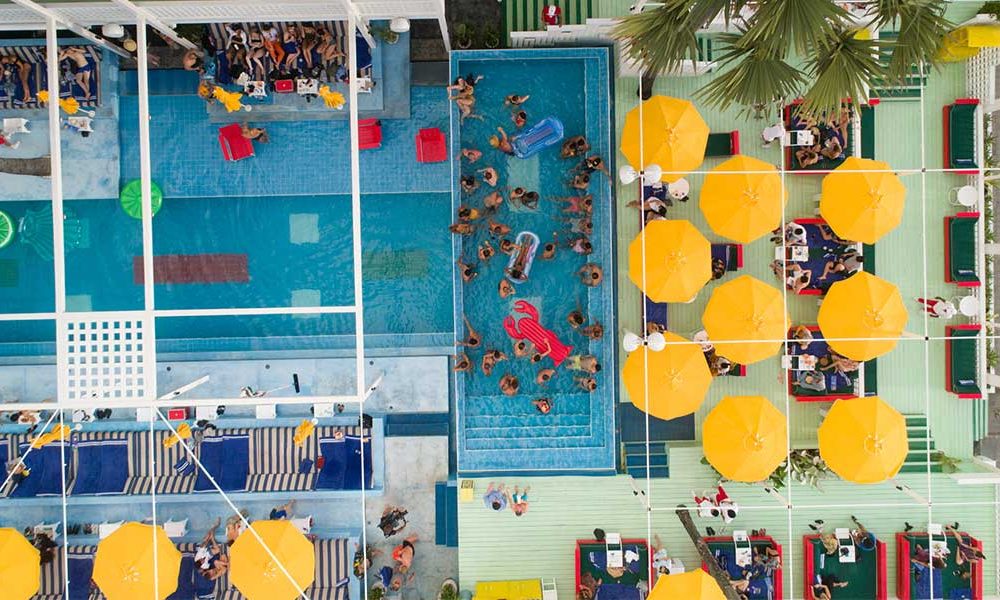 The Mexicola group marches on. 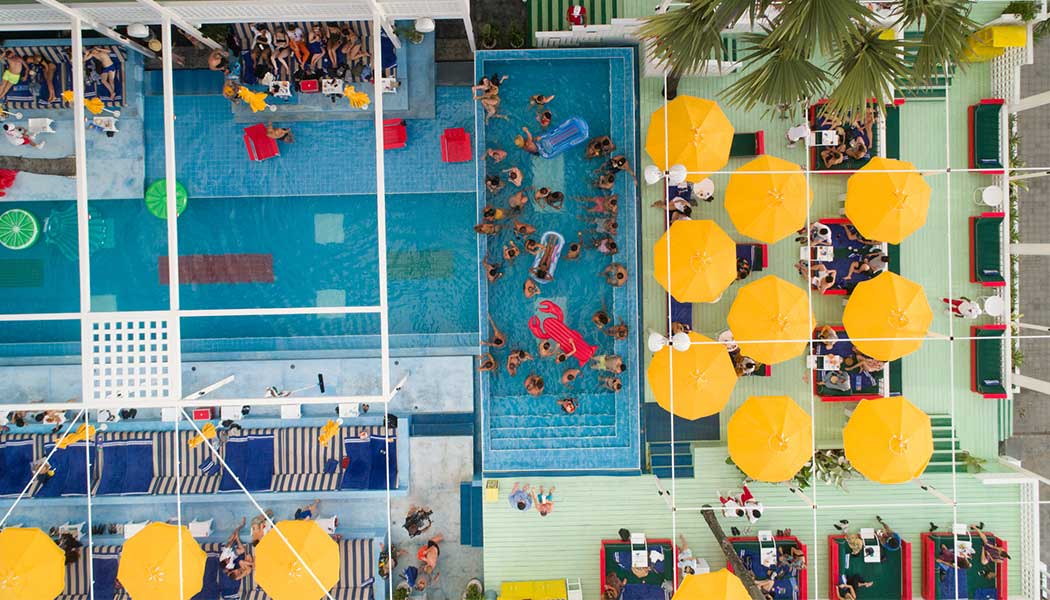 Like a whirling dervish, Motel Mexicola broke the seal in 2013 with a venue that spelled good times and good food, fuelled by tequila and spelled out in living colour. It was an overnight sensation and continues to play to packed houses, educating patrons bite by bite on the intricacies of genuine Mexican food and the fine art of throwing back tequila shots.

Motel Mexicola is and was driven by passion. Conceived by like-minded friends who owned venues across Sydney and beyond, they brought their own holiday vibe to the island and took it by storm. This was an Instagram moment from the start. Every corner of the venue is adorned with icons and stunning colour. From 6pm the “Motel” sees families dancing on the tables, lively groups knocking back shots of tequila and frosty margaritas, chowing down on authentic Mexican food and singing aloud in a language they didn’t know they knew. 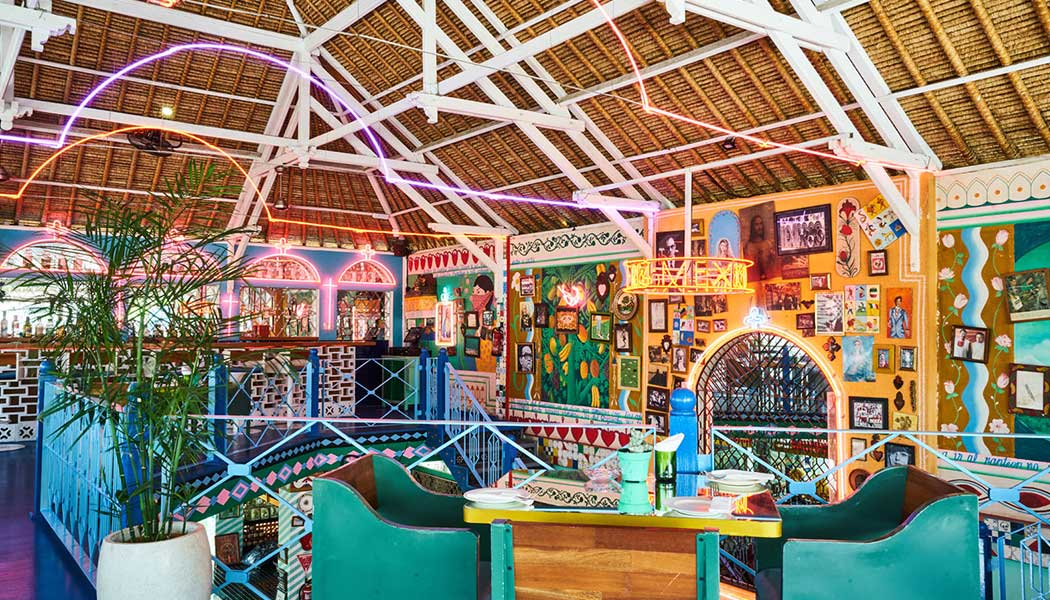 Partner Adam Hall did not hesitate when his mate, Adrian Reed, said he’d discovered a piece of land on his Bali holiday and wanted to launch a new venue. “Hell yes,” he shouted, and the work began.

With a restaurant consulting group and a number of successful pubs and bars under his belt, including Paddington’s celebrated gastro pub, The Four In Hand, Hall joined the partnership with a group of restaurant professionals who had a love of Bali in common.

The group now has four venues and a fifth due to open this year. Following on from Motel Mexicola came Da Maria, featuring a classic Italian menu with ties to Bondi beach and an interior inspired by the island of Capri. 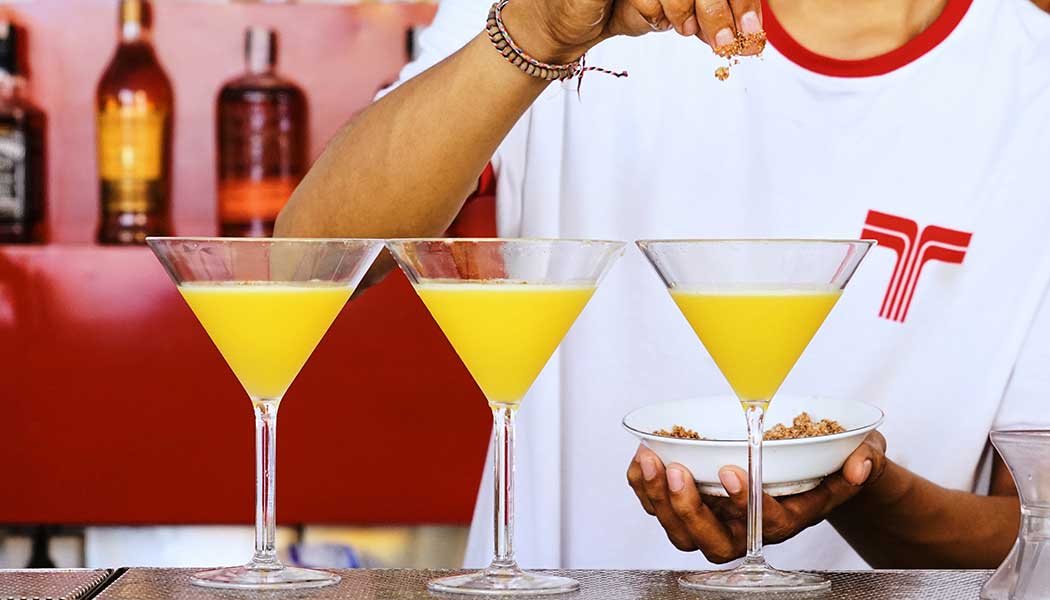 Then came Tropicola, like an icy pole on a hot day, complete with a retro public baths fit-out and peppermint flavoured bathrooms. And finally, the wild child of the group, Luigi’s Hot Pizza, opened in Canggu weaving a familiar mix of music, booze, food and fun.

“We’ve got a great Executive team and a huge number of people who are at the front and back of house,” explains Adam. His role as owner covers everything from fixing chairs to steering the business, while sharing the love between each of the venues.

Food is at the heart of the group. Each of the partners brings something to the mix, from design to operations, from restaurant experience to events, from mixology to soundtracks. They strive for consistency, high standards in their food and beverage operations and thrive on word of mouth. 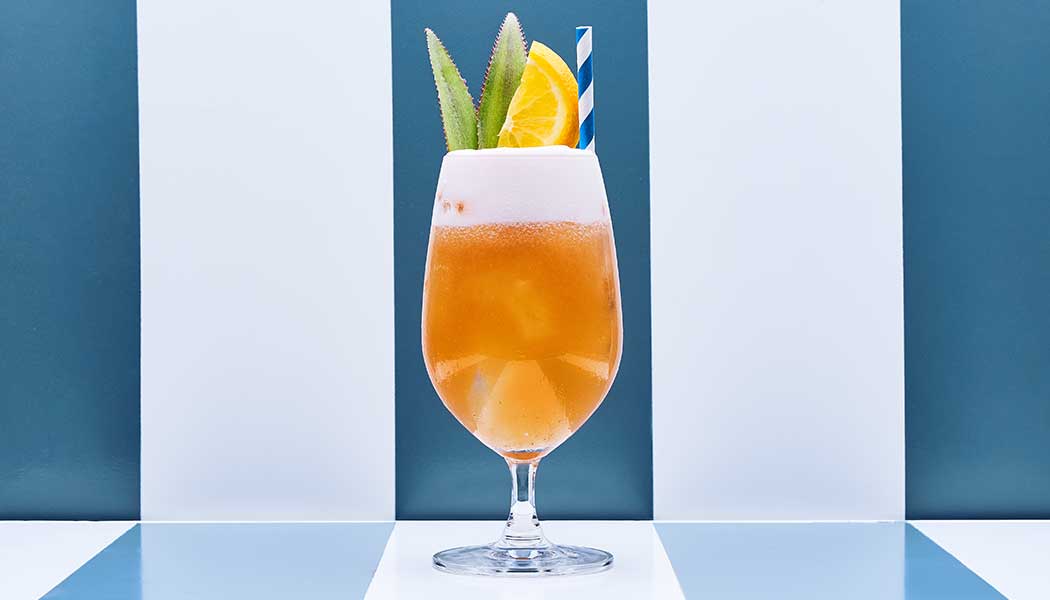 “We want them to come, stay longer and then come back,” explains Adam, “for that to happen we have to have a strong team in the kitchen, behind the bar, in operations, event management and marketing.”

Despite the high-octane party atmosphere, there is a very strong food ethic in the group. When Executive Chef Steven Skelly joined, he was sent on a tour across Mexico to learn more about the native cuisine. Former Chef at Sydney’s renowned Pier Restaurant, he arrived in Bali to head up the seafood restaurant Urchin before he was spirited away.

The food at Motel Mexicola was a curve ball. While everyone was expecting nachos and tacos, the Tex Mex classics that many associate with Mexican food, these were not on the original menu. 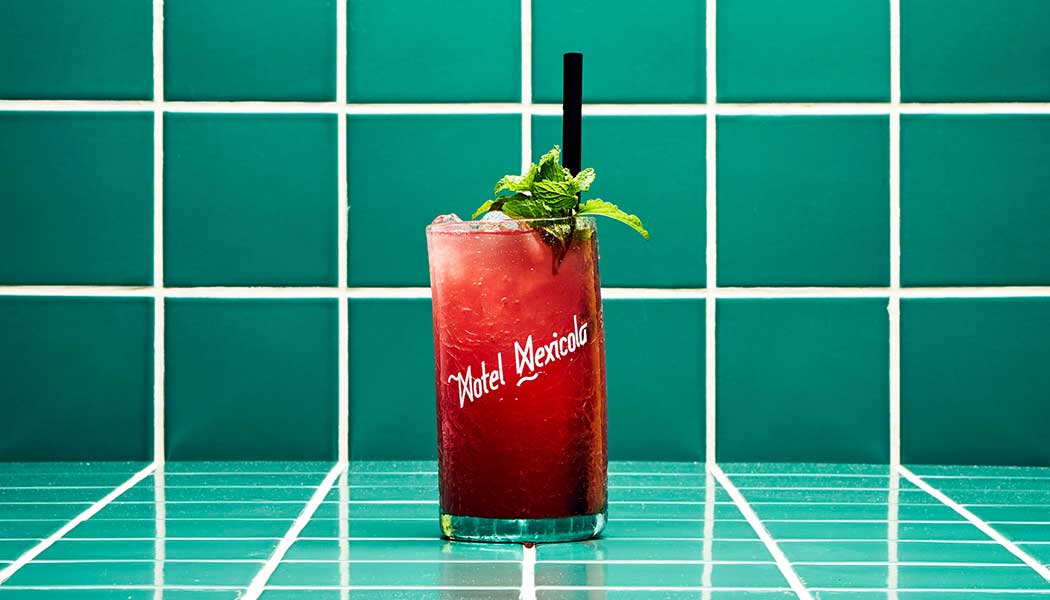 Instead there were soft shell tacos and tostadas, glorious slow braises known as Adobos, enthusiastic platters of charred seafood and spiced chicken, salads and churros. Despite all the colour and fun, it is a creative menu cooked by a fabulous team of chefs guided by Skelly.

Together with two imported pizza chefs, handsome and masterful with their dough, Skelly put together a menu of classics for Da Maria. Inspired by the menus from Sydney restaurateur Maurice Terzini, Da Maria shot out of the box only to flounder a little before finding its happy place. Smaller and quieter than before, the bar is a popular place for catch-ups, the restaurant buzzes all day and the Sunday night parties are one of Seminyak’s hottest tickets. 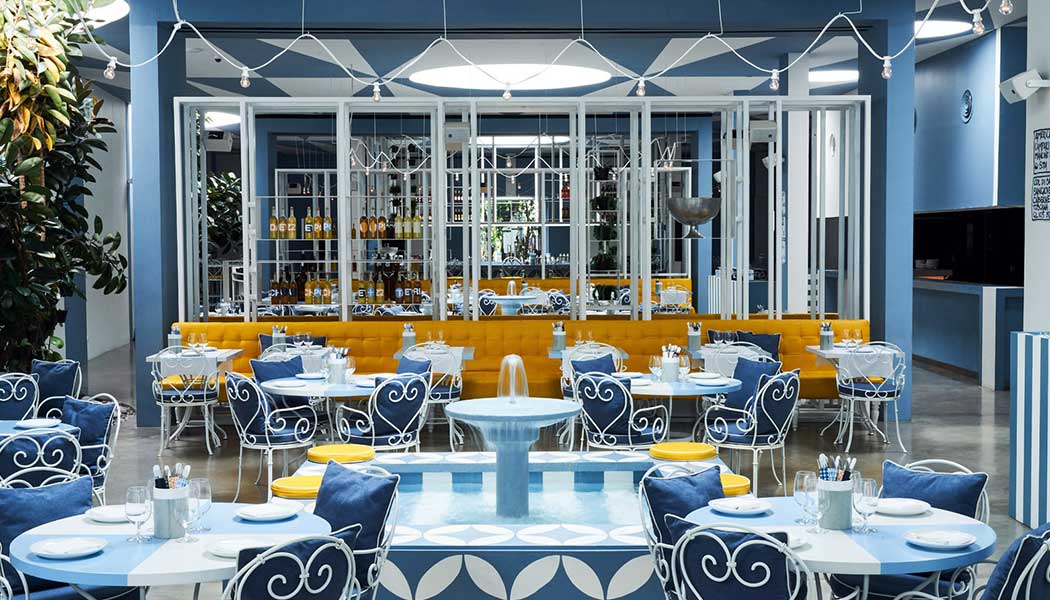 Tropicola opened on the beach at Batubelig last year to a queue of Mexicola enthusiasts who were keen to take their clothes off, dive into the blue-tiled pool, lounge on the striped bleachers and sip icy cocktails to a Latino-inspired soundtrack. The menu travels from Miami to Acapulco with a healthy dose of beach club classics and loads of fresh seafood.

Tropicola became a playground for the party people by day but there is still much to be done explains Adam.

“We’re not really finished here. It’s time for Tropicola to really get some love from us, we’re adding more shade, putting even more focus on the food and the bar and ensuring that every experience is a great one. We’re hoping to finish upstairs with event spaces and a rooftop restaurant,“ explains Hall. 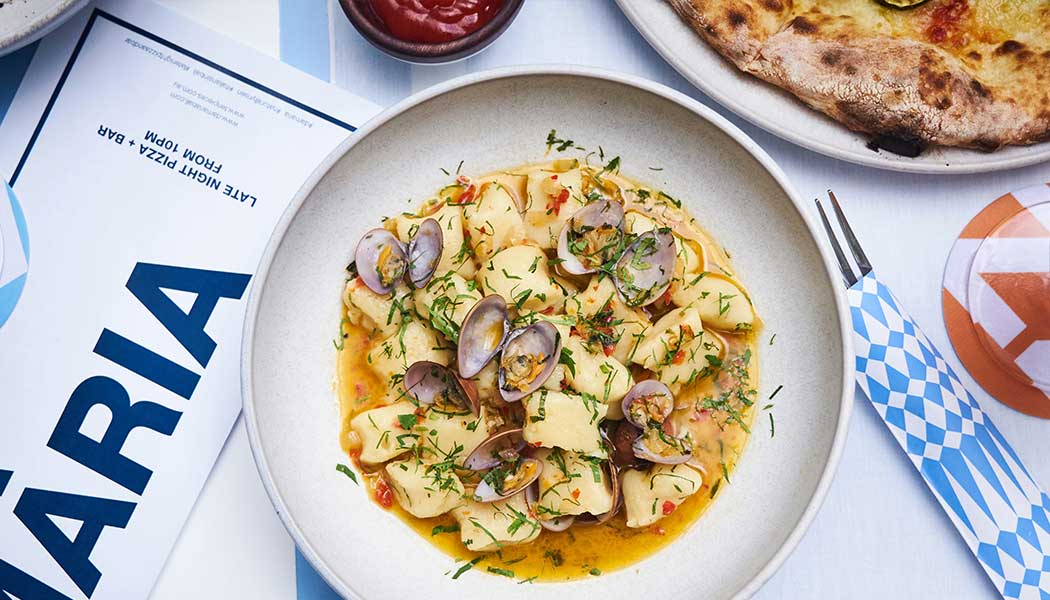 Operations manager, Bella, has just rejoined the group after opening Fishbone Local and Mason; Sydney Chef Dan Medcalf has joined Steven Skelly in the kitchen, following his stint at Sydney’s much-loved Dolphin Hotel; Denny Bakiev takes care of all things behind the bar and is locally known as the tequila pusher, while the dynamic Nicolaza is the group’s Creative Director.

Luigi’s, Da Maria’s wild child, brought the group to play in Canggu’s Batu Bolong. Monday, Thursday and Saturday nights are party nights under the tented venue created from shipping containers. Design drives the look and feel yet the menu and the bar are the lifeblood of the group. 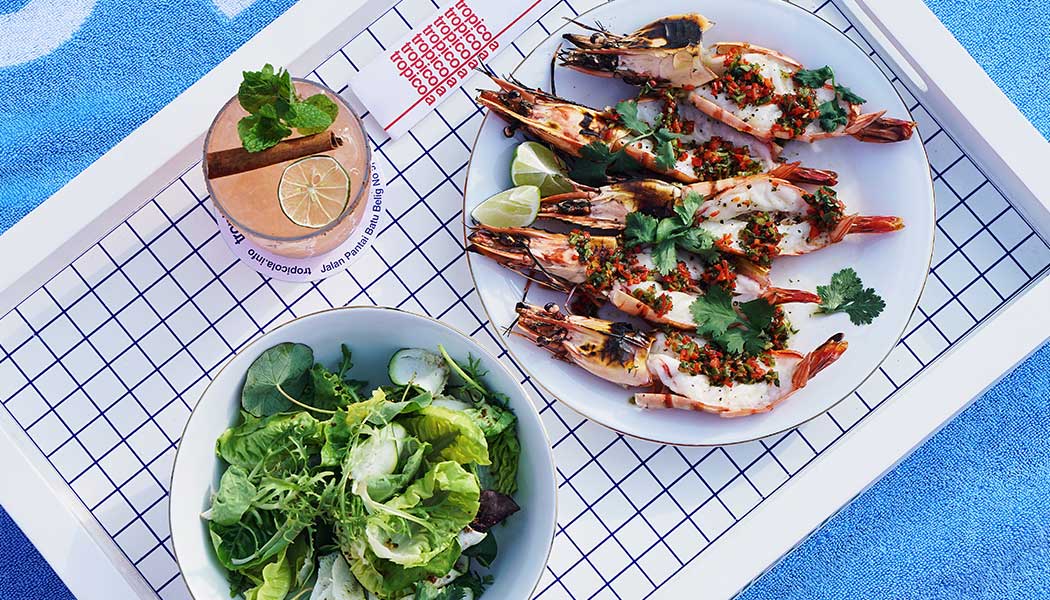 The next venue to open gives Steven Skelly wings to fly his own creative flag. UNI, aka the love child of Urchin, puts Skelly back where he belongs behind the stoves, getting creative with seafood. UNI is a grown up venue where fine food will make its home in flashy Berawa, where café culture thrives.

While taking care of all the venues in this flashy parade of eateries and party palaces is about constant evolution, Tropicola is the baby that needs the most love right now and the team are moving in to take it to the next level. Even moving their offices there so they spend more time on the ground, entertaining friends and patrons and adding the finishing touches to the original design. 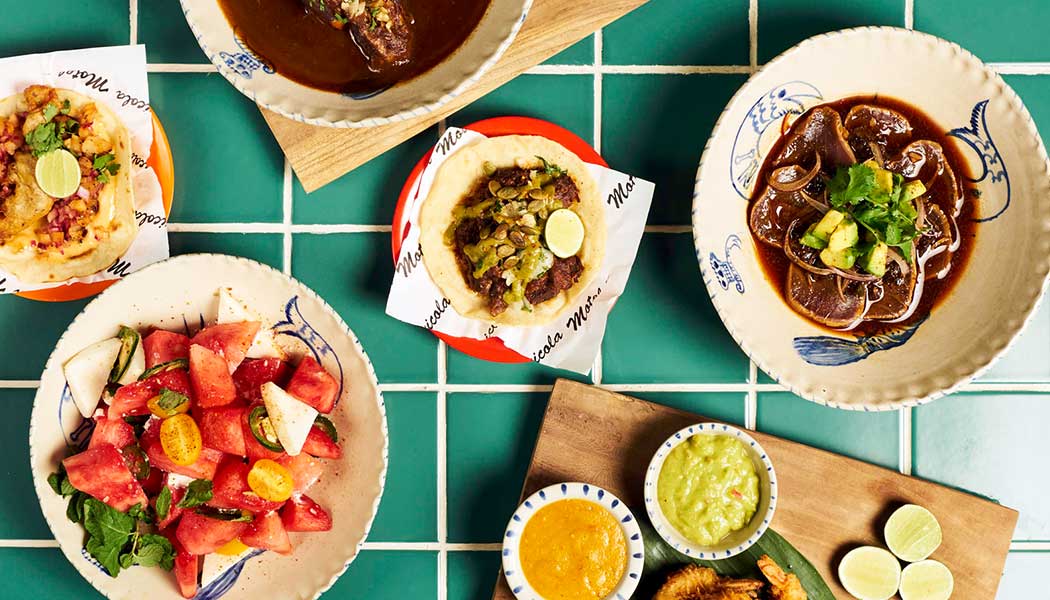 It’s a place that calls you back as there is a sense of unfinished business. Menu items you have yet to try, new cocktails that dance on the tongue on a hot, sunny day, new soundtracks to dance to and Insta moments yet to be lived.

One thing Adam says Bali has taught him, and every one of the group, is patience. They know it takes time to get it right, they are professionals, well versed in the language of their guests and beyond that, they want these to be venues they want to hang out in themselves. They are the final arbiters of taste and their track records speak volumes about their determination to be the very best. S.D.