Mason Adventures adapts to changing times and is rewarded with honours. 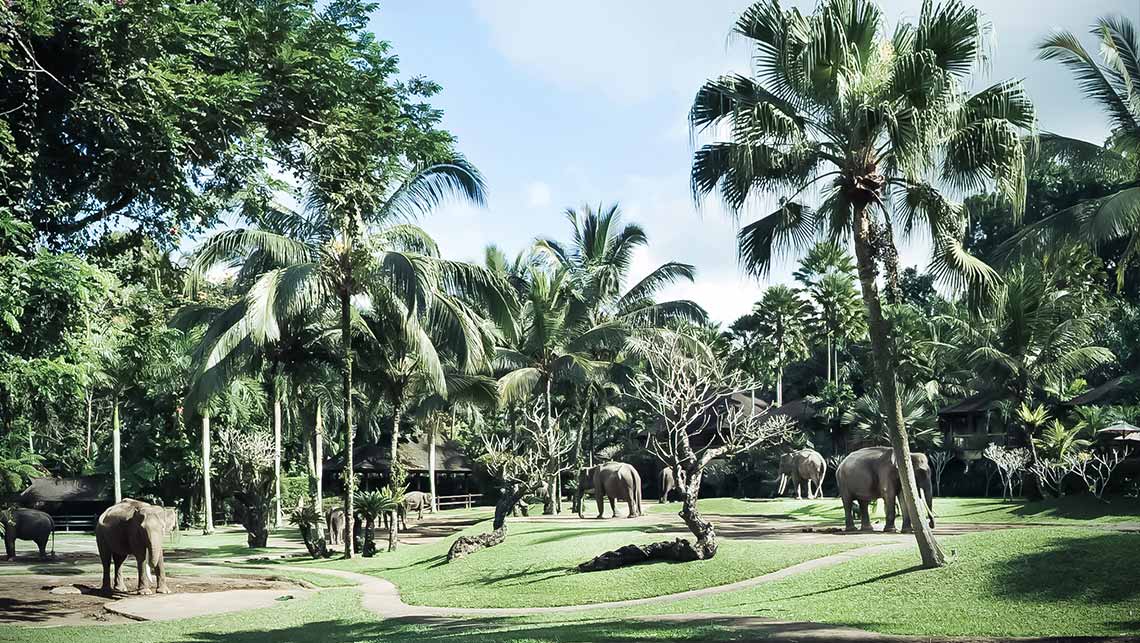 LOVE, passion and years of dedication to a parade of rescued Sumatran elephants has rewarded Bali’s golden couple of tourism Nigel and Yanie Mason’s elephant park with a Gold Standard accreditation.

ACES is the world’s first international, fully transparent and independent company, comprising of to propose an all-encompassing work-life standard for elephants in the region, which is home to 10,000 of the captive creatures. 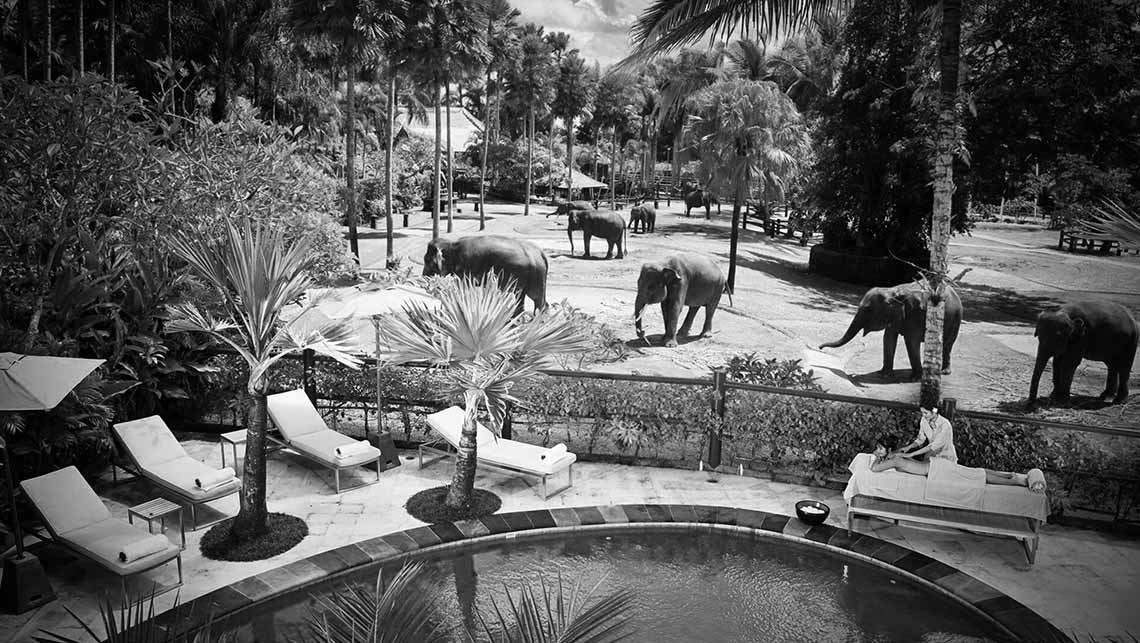 It is no small thing to design a welfare program that delivers species conservation and best outcomes. It covers everything from seasonal diets that are delicious and offer variety through to working hours, mahout education, veterinary care, social lives, breeding programs and environmental richness for these wonderful mammals.

At a time when animal activists demand better environments for captive animals, alternative forms of conservation and protection are gaining respect and rewards from elite organizations dedicated to species preservation throughout the world. 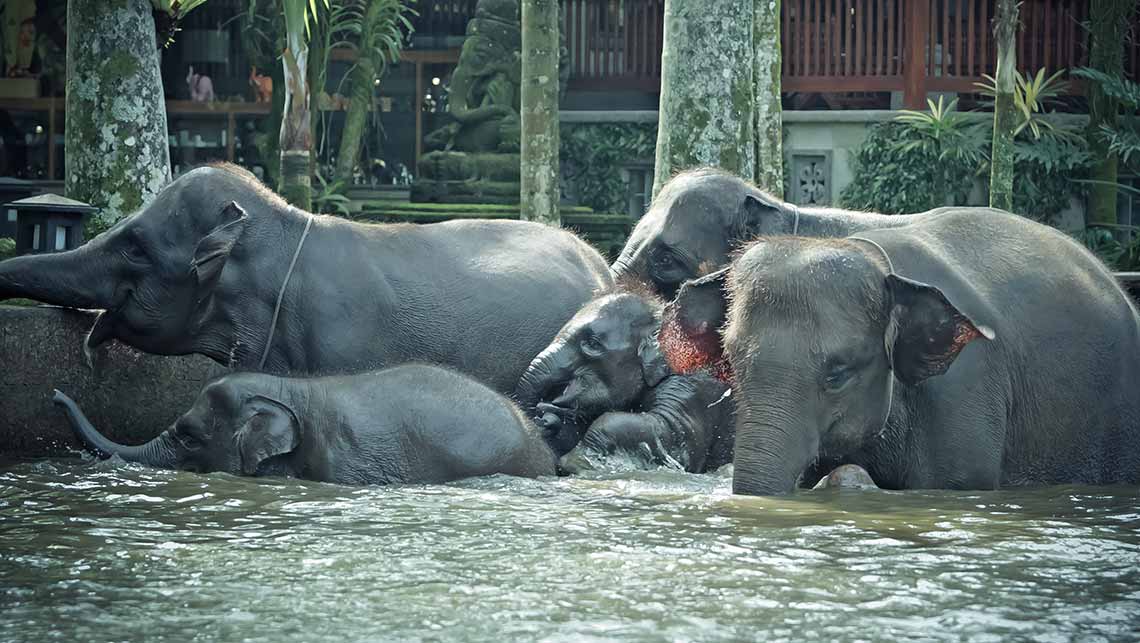 “Mason Adventures has exceeded elephant camp standards and fulfilled over 90% of ACES strict advanced camp criteria,” said ACES’s director Nicolas Dubrocard. “They have reached the highest level of accreditation possible for an elephant camp.” Mr Dubrocard added that the Taro elephant park and lodge is an exceptional example of elephant-based tourism.

“All elephants are well socialised, provided with strong enrichment opportunities and receive the best veterinary care available. We are proud of all the hard work the team at Mason Adventures have invested into their park and elephants. The Gold level is very much deserved,” says Mr Dubrocard.

Nigel and Yanie Mason started the Taro park with nine rescued Sumatran elephants. Within six years, it was home to 27 elephants with five delightful additions joining the family as they were born in the park. 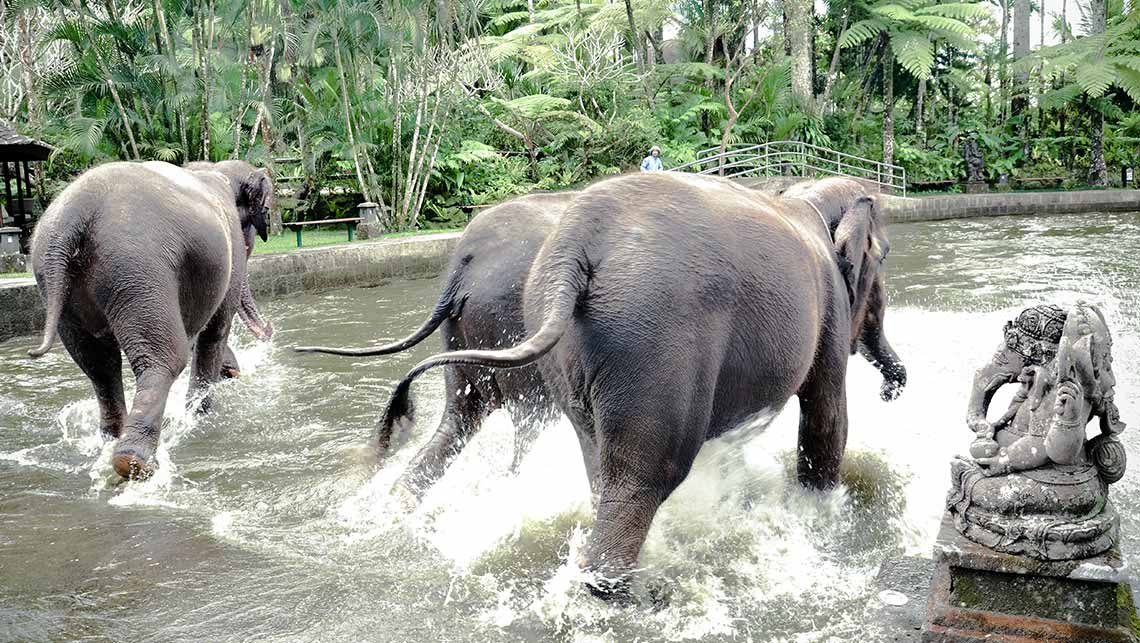 The Mason Elephant Park & Lodge constantly adapts to new research and information about the care and protection of the creatures. The group has abandoned its elephant theatre as outdated and replaced it with an education centre. A new overhead walkway has been built in the elephant park, which enjoys a natural forest canopy that is ideal for Asian elephants, so guests can enjoy a birds-eye view of the pachyderms and the park’s exquisite gardens.

Sumatran elephants that are trapped in the slaving cycle of the logging industry have a life span of about six years and they rarely reproduce. 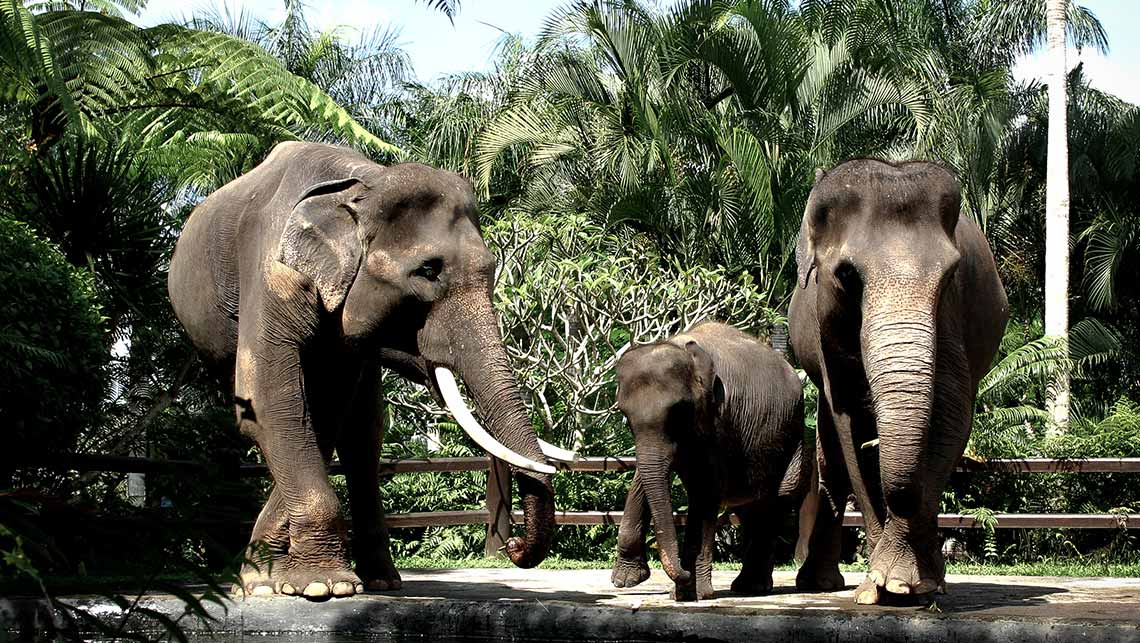 One the early members of the Mason herd had her second baby – a little bull called Arjuna – in June this year. Mum is thirty years old – an age unheard of in abusive captive elephant industries.
Nigel Mason recently expanded the park once again to give the elephants more space to socialise with their chosen friends. “You’d be mistaken if you thought all elephants get on.” says Nigel “We are very careful to make sure there is space enough for them to stay within their herds that have naturally developed.”

Mason elephants have a passive professional life that includes being washed and fed by the park’s guests as well as walking people down to dinner or for short jungle strolls. It’s a far cry from their tragic starting point dragging tonnes of logs around and being left chained in the sun with insufficient food, water, and medical care in remote jungle locations with abusive and negligent owners.

The Gold Standard accreditation is another honour that recognises that a wild idea such as rescuing elephants from another island in Indonesia and giving them a home, can work when the right people are at the helm.