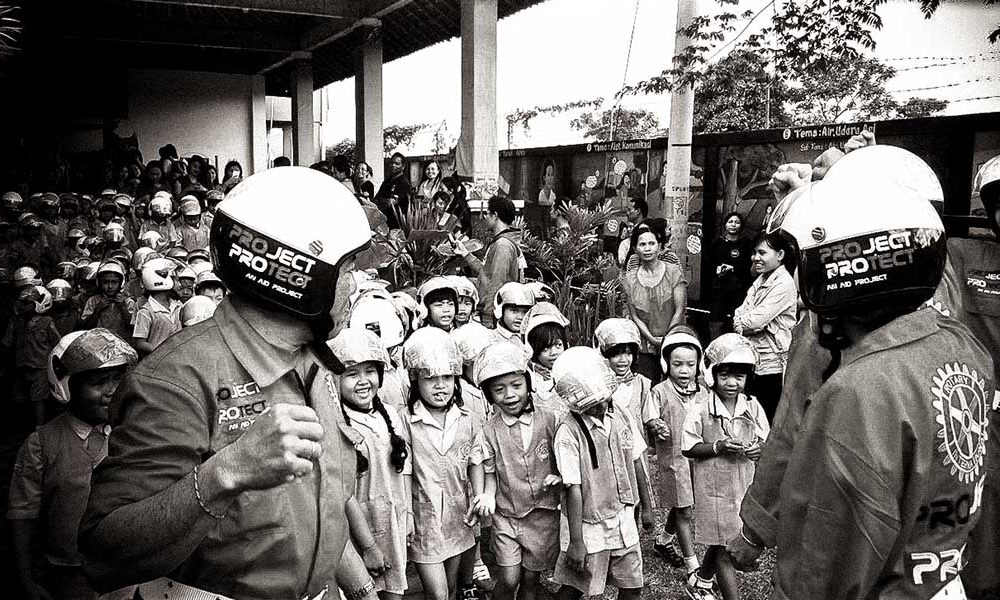 Want to make a difference? Here’s three great causes you can get behind.

On the evening of November 1, 2016 a 13-year-old Balinese girl was driving her mother and two younger siblings home on their motorbike when she veered into oncoming traffic and collided with another motorbike. Tragically she and her mother died, and her younger sisters – aged seven and five – survived but suffered severe head wounds. None of the family members was wearing a helmet. 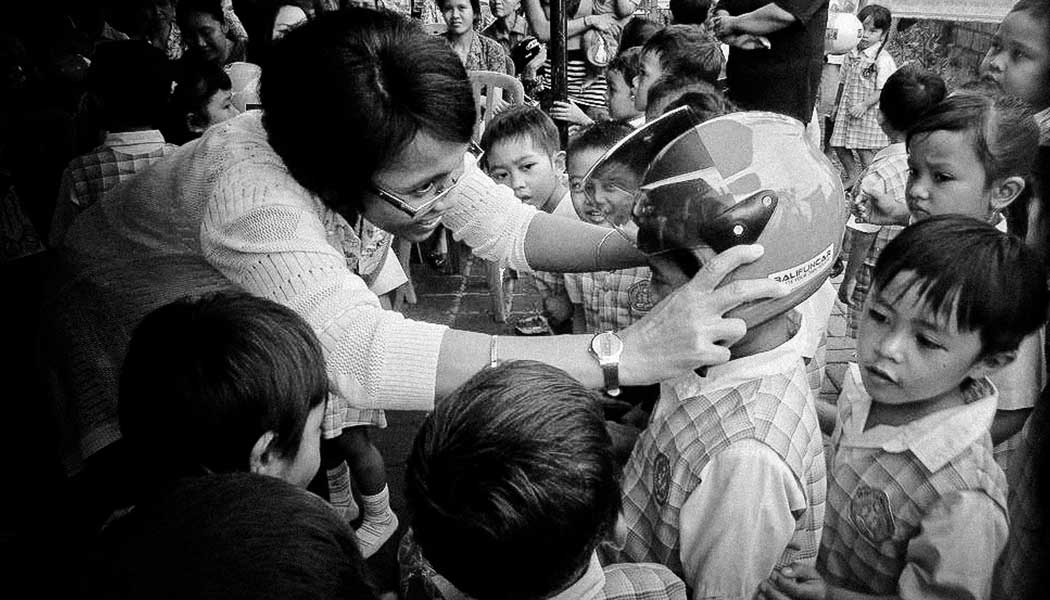 Unfortunately this is just one of many fatal motorbike accidents that happen on a daily basis around the island. In fact, statistics show that there are about five traffic deaths every day here, and a large percentage of these involve young people not wearing helmets. Project Protect was created to raise awareness about helmet usage and decrease the number of child fatalities due to head trauma.

Josef Mayrhofer originally planted the seeds for Project Protect and then teamed up with Chris Sperduto, who has made it his mission to educate Indonesian children and parents about the importance of wearing helmets and how to properly wear them. To do this Chris goes into elementary schools and gives safety presentations to the children. Taking on the persona of Helmet Man, he gives fun and interactive lessons on motorbike safety and shows the children the correct way to put on and strap up a helmet. 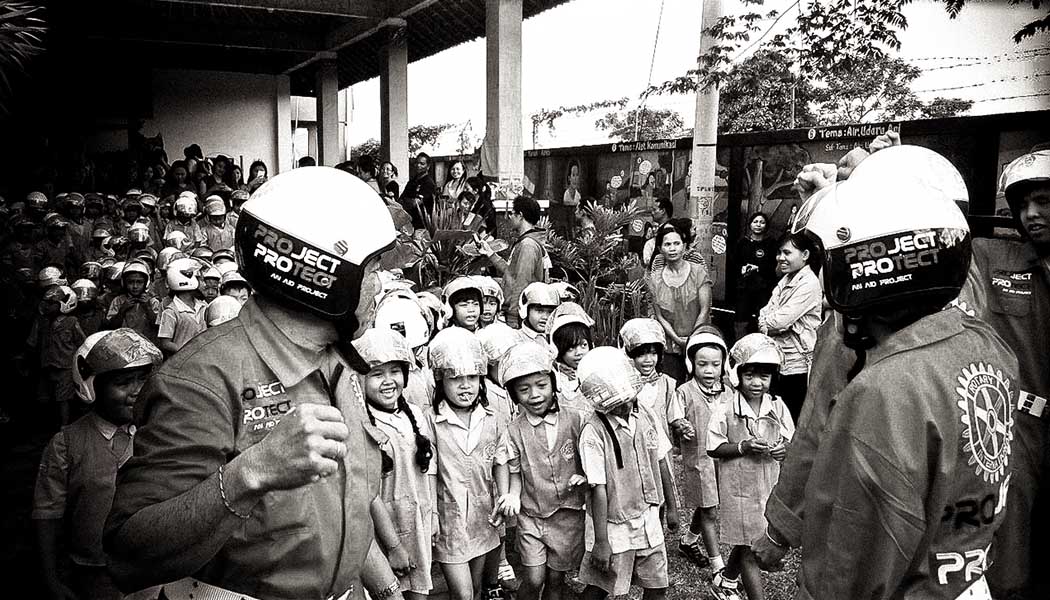 Project Protect also distributes free helmets to children in the schools they visit. To date they have handed out over 6,500 helmets with the hopes that Balinese children will get into the habit of wearing them from an early age, and encourage their parents, friends and relatives to do so as well. They also hand out helmets to older children at schools and routine traffic stops, and are working closely with a number of Rotary Club chapters in Bali to expand their distribution network. 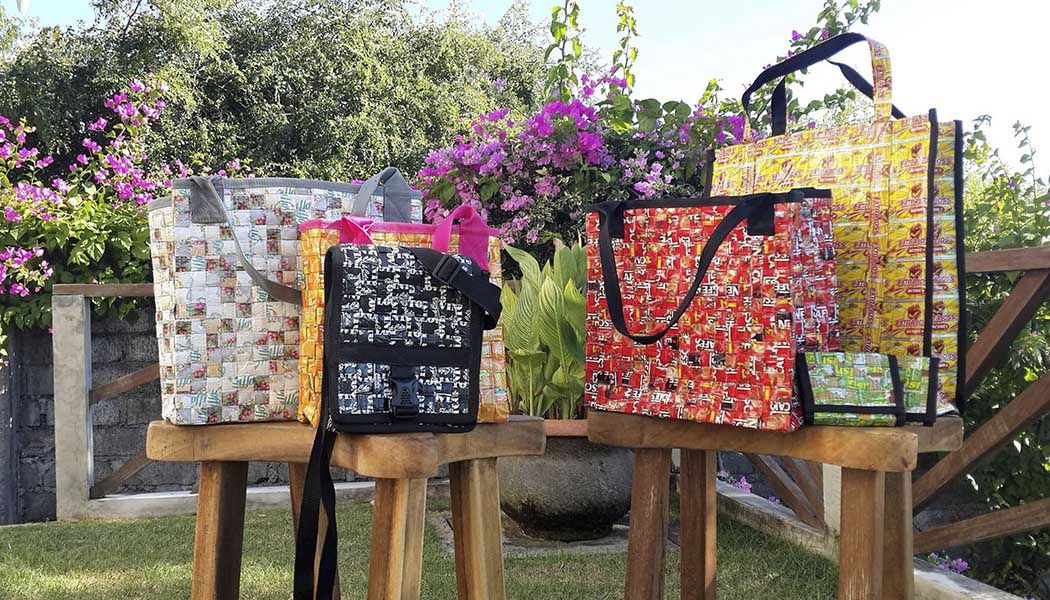 From the vantage point of Bali’s busy cities and tourist areas, the problem of plastic waste and waste management may not be immediately apparent. However, head to some of the more rural spots around the island and the problem quickly becomes glaringly obvious. Trash collection is simply not available to most rural villagers, and when you combine this with a lack of education about the effects of burning trash and throwing it in the waterways and forests, it is easy to see why the problem is escalating. Peduli Alam was created to tackle this problem.

Back in 2008, long-time friends Charlotte Fredouille and Laetitia Girouxas travelled to Amed on Bali’s east coast, and they saw the effects of plastic waste first-hand. They saw how plastic bags had come to replace natural wrappers like banana leaves and how improper disposal of waste was clogging the waterways. They also saw the connection between contaminated water and the rise in diseases in the area, as well as the decrease in fish in the waters. At this point they decided they needed to do something. 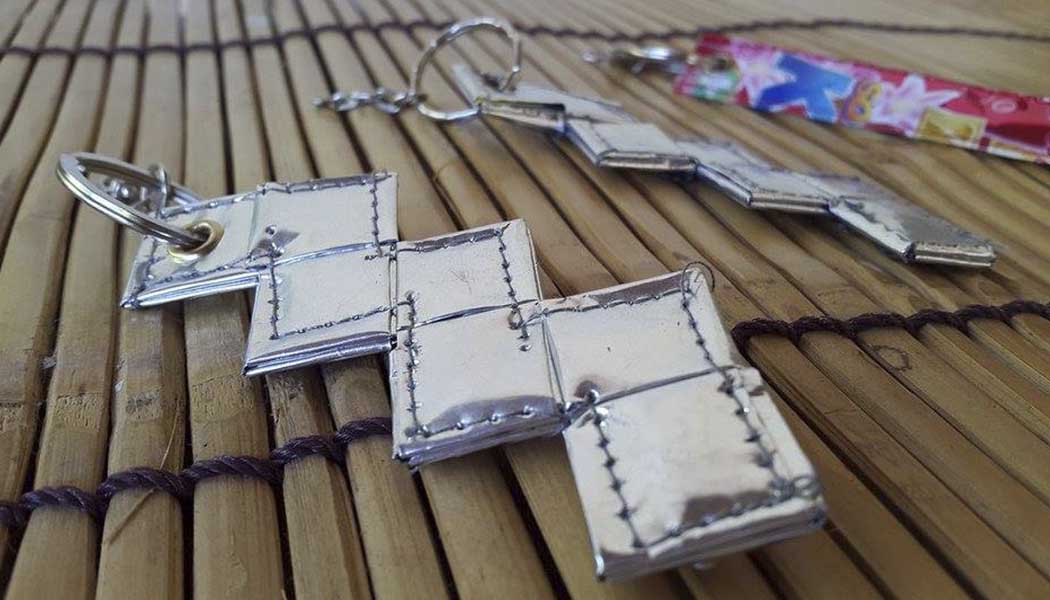 The two French women established the NGO Peduli Alam – which means ‘protect nature’ in Bahasa Indonesia – in 2008, and they became the first to tackle the problem of waste management and waste collection in Amed. To start they built 50 waste bins in the villages, each made out of durable concrete or metal with a sign explaining that they are for non-organic products like plastic, glass and metal. Then they organised and paid for a trash collection service to pick up the rubbish in the villages once a week and take it to a sorting station.

The organisation also began working closely with local authorities and leaders to implement education campaigns in schools and villages in the area. They went into elementary schools and taught nearly 650 students how to deal with waste, distributed information about waste management in Bahasa Indonesia to teachers and students, as well as books about the environment, stickers, posters, pencils and notebooks. 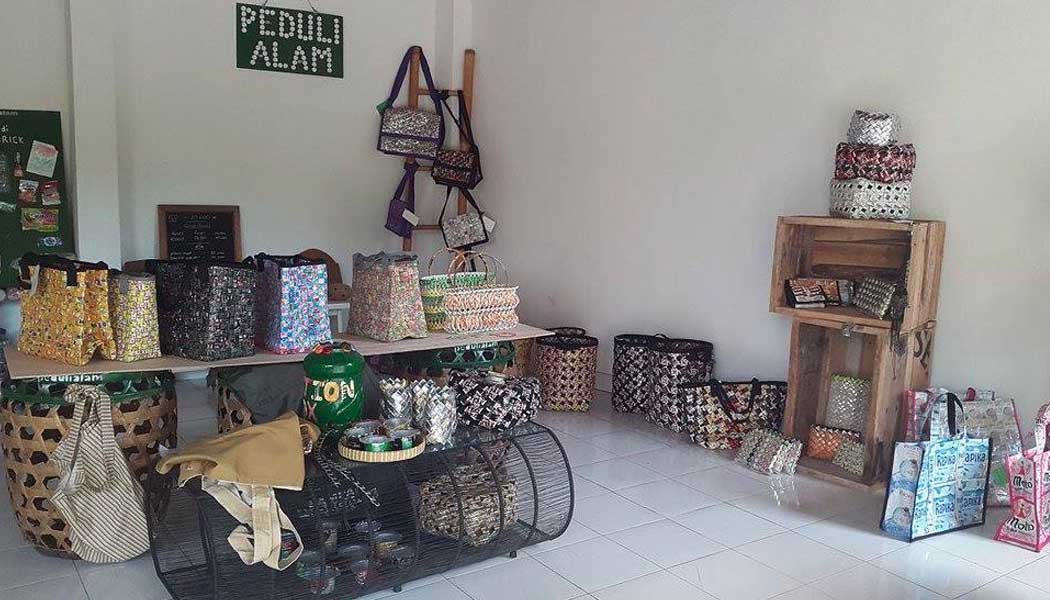 Peduli Alam recently collaborated with the Trash Hero Amed chapter, a group of volunteers who collect rubbish along the beaches and in the villages along the east coast of Bali. Peduli Alam supplies the trash bags, sticks and gloves to the volunteers, and they also transport the majority of the trash collected to a sorting station. The trash that is not sent to the station is used to make Ecobricks and bags made from recycled plastic.

While Peduli Alam’s efforts have been wildly successful, they still have a long way to go. Future plans include building more bins and extending their free-of-charge rubbish collection service to other villages and regions, and further developing their recycled plastic program where they collect plastic waste from local businesses and teach local people how to turn it into artistic and useful items like bags, wallets and lampshades. Donations can be made in person at Le Rendez-Vous Doux in Ubud, Limajari Cargo in Kerobokan or by bank transfer. 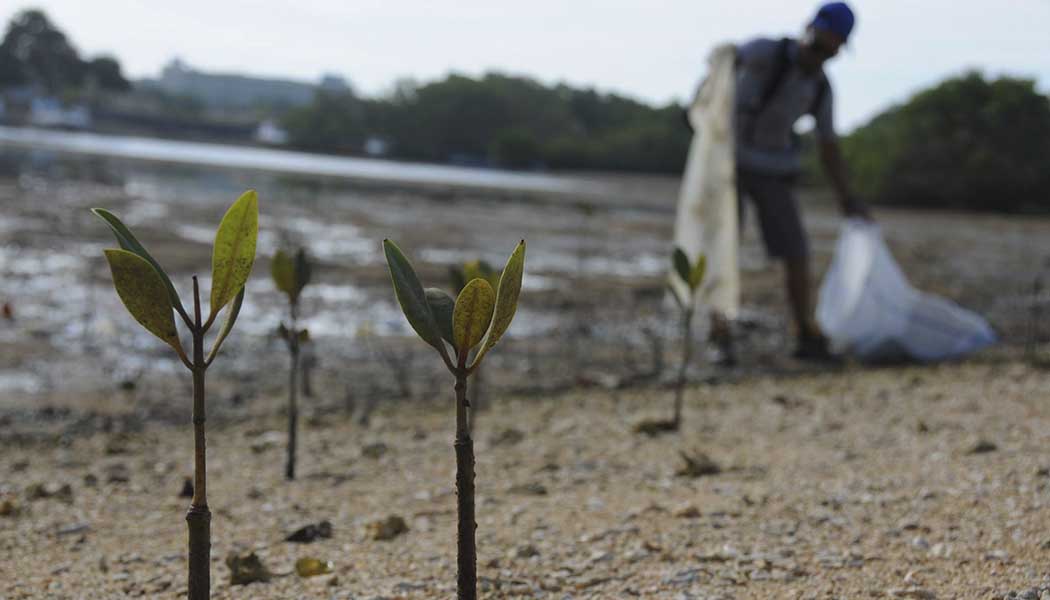 Every year Indonesians throw away about 3 million tonnes of plastic, much of which ends up in the oceans. So much so in fact that Indonesia is the second largest marine polluter in the world. The effects of this can be seen on nearly every beach in the nation, and now even on shores as far away as Queensland, Australia (home of the Great Barrier Reef). A recent beach clean-up in Mapoon conducted by the Tangaroa Blue Foundation revealed unprecedented numbers of items manufactured in Indonesia.

In 2016 Tangaroa Blue volunteers collected 1.8 tonnes of marine trash from a beach in the remote Mapoon aboriginal community on the Cape York Peninsula. Tangaroa Blue manager, Heidi Taylor says, “During this event we cleaned up 10km of beach and removed a huge number of items that had barcodes indicating that they were manufactured in Indonesia. None of these products are sold in the region where they were found, and most  haven’t seen sold in Australia at all”. 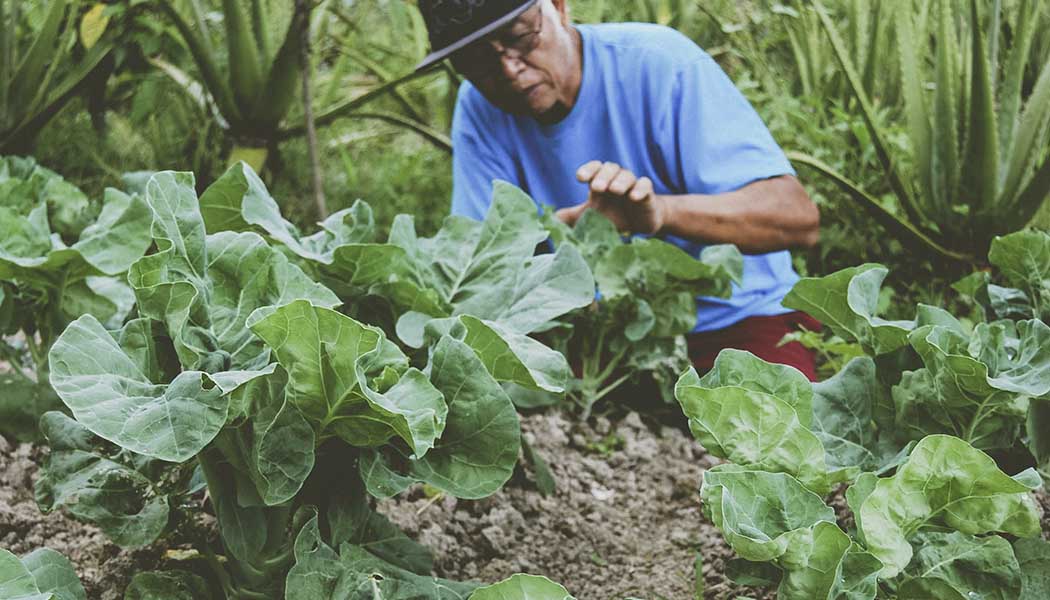 Included in the plastic waste they collected were thousands of Aqua bottles, Jungle Juice bottles and Bayclin bottles. This prompted environmental action organisations like the Boomerang Alliance and Australian Marine Debris Initiative to alert the IDEP Foundation. For those who don’t know, IDEP Foundation is one of the leading organisations in Indonesia promoting safe and sustainable living through a connection to nature.

IDEP immediately took up the call to action and partnered with Boomerang Alliance to develop Clean Islands, Healthy Seas to help tackle the global marine plastic pollution crisis. The program is a sustainable, plastic waste-recycling, community-enterprise system that will clean up the land and sea and help generate income for community benefit on Nusa Ceningan, a small developing tourist island off of Bali in the Nusa Penida Marine Protected Area.
This win-win circular economy pilot model aims to be self-sustainable within two years, and IDEP plans to replicate this model in the future on other small developing islands that currently have no waste management infrastructure. They will focus mainly on islands in eastern Indonesia that are close to the Throughflow Current, which connects Indonesian waters to Australia’s coastlines. To help IDEP launch this exciting pilot programme, contact info@idepfoundation.org to become a sponsor or donate. 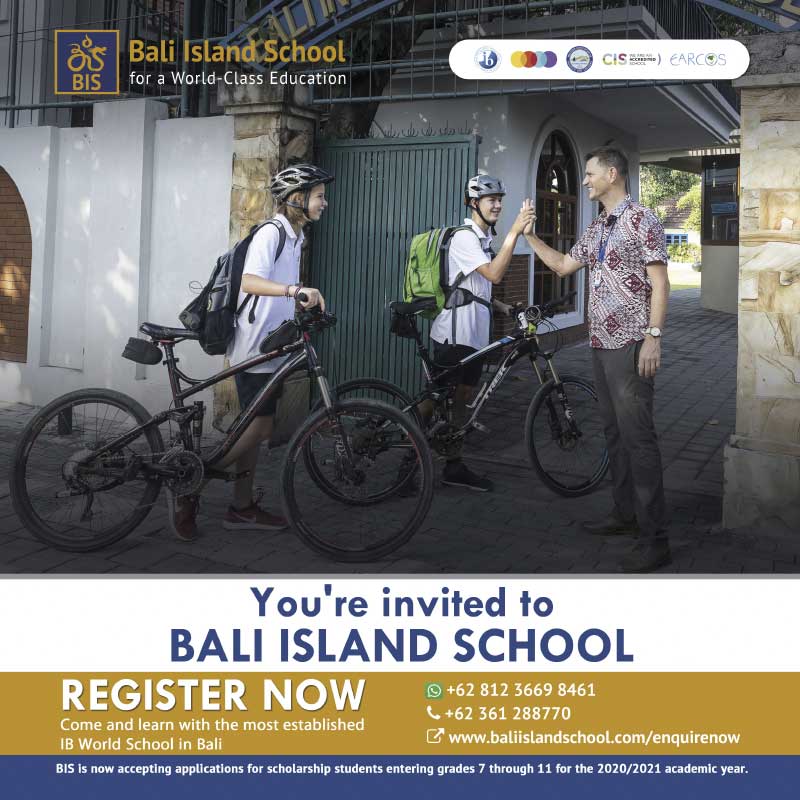 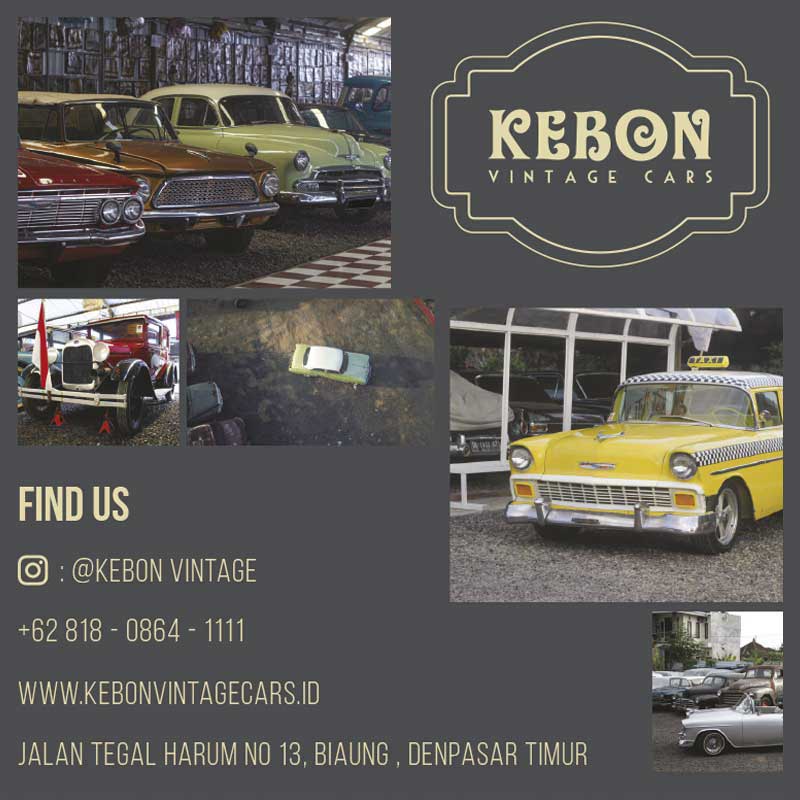