Flat Stanley Kicks Butt: Get There 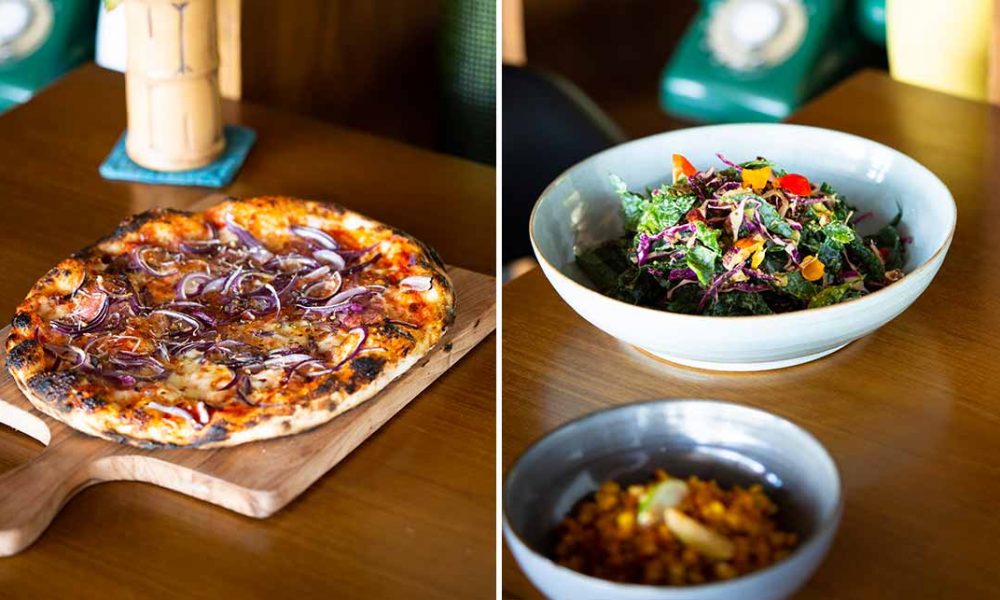 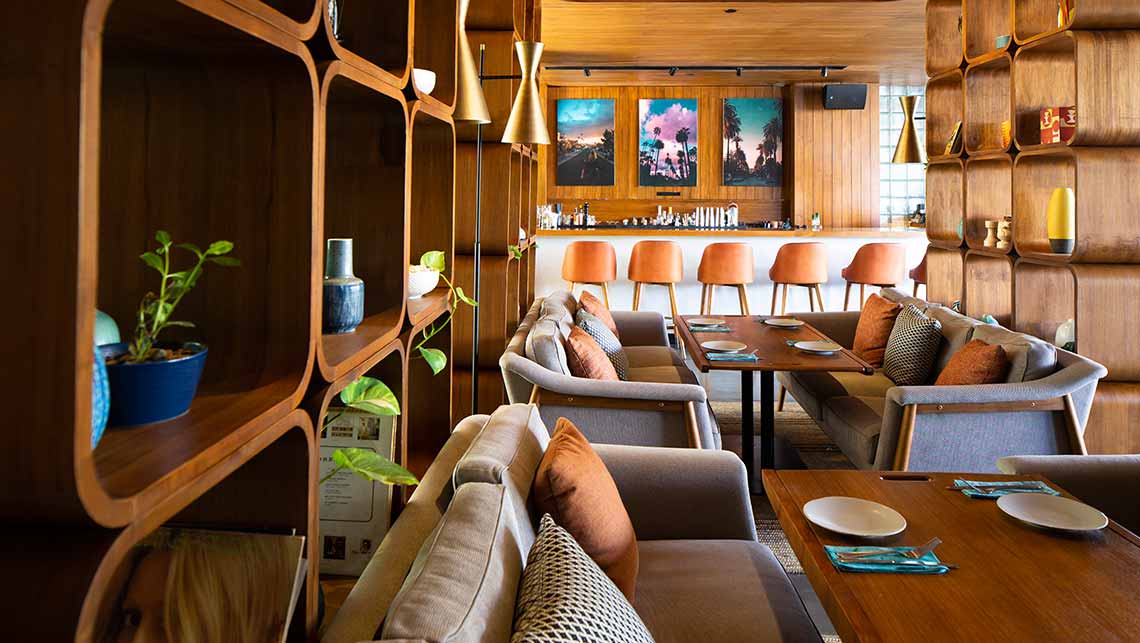 Despite recent reports that the world is in fact flat, most of us agree, it isn’t. Neither is Flat Stanley. The hip eatery in Seminyak’s Petitenget Street turns the world of pizza on its head and it lands oblong, full of crusty peaks, unexpected ingredients, local flavours made international and overflowing with personality.

Head Chef Matt White is a Seattle native who has arrived on our shores via Singapore. His distinctive pizzas are not the only thing that don’t conform. He takes a traditional Naples-style pizza, adds a San Francisco accent with his sourdough base and is convinced the tomatoes from the Modesto in the heart of California’s wine district are the bomb. He’s so committed to these tomatoes he imported a container full. 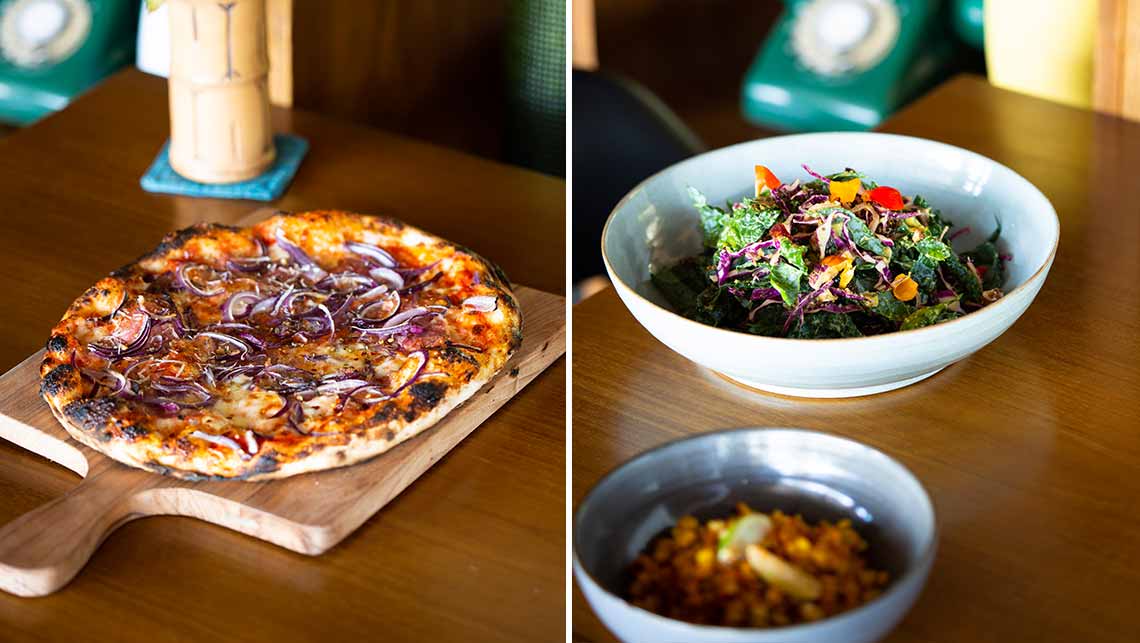 It’s this kind of passion that makes Flat Stanley a restaurant that is more than a sum of its parts. Matt is the glue that binds it all together, and you’ll likely meet him just moments after you’re seated. He’s not a chef to hide behind his oven, he’s on the floor, finding out what you like, where you’re from, offering to adapt his recipes for vegans, sharing his favourites and making sure you
have a drink.

Originally positioned next door to Pontiac Stardust, the since closed cocktail bar, Flat Stanley has now taken over the entire space. Cocktails are still in the DNA of this group and the investors behind restaurants and bars across Singapore and Hong Kong have plenty of guest appearances on the calendar, so never fear, a cocktail is never far away.

What this means for Flat Stanley is there’s room to grow.

A bigger menu and a bigger, better wine list are already being offered. Steaks, imported from the USA, grass fed, juicy, flavourful steaks are proving almost as popular as the pizzas, but that’s not all. 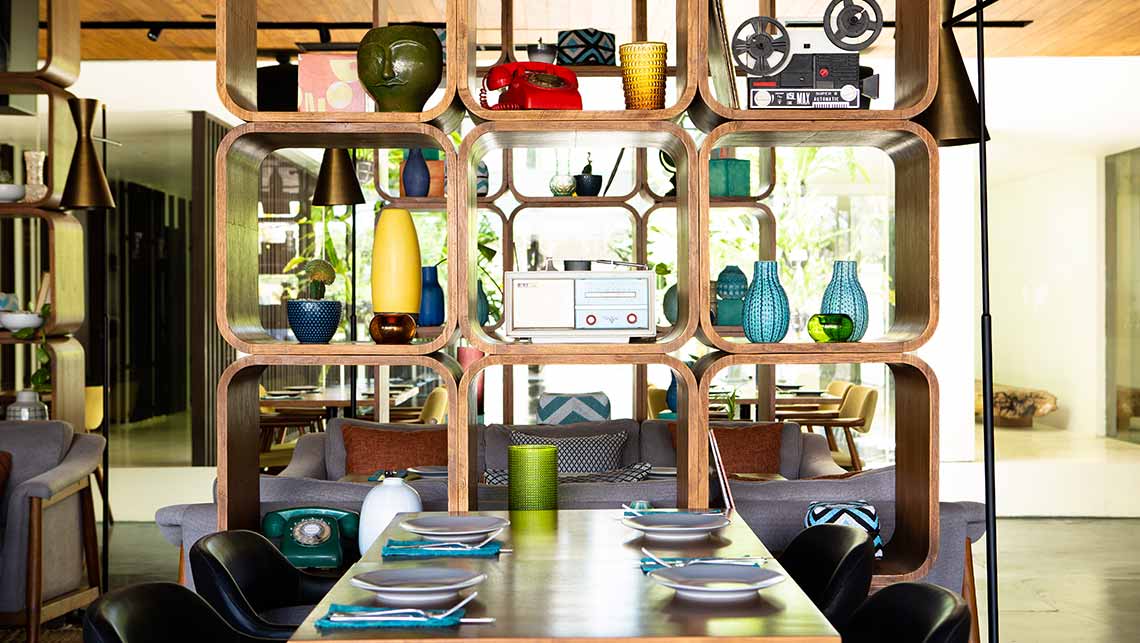 Vegetable lovers will adore some of their small plates. Dinosaur kale is a fresh salad mixed up with mango lemon vinaigrette, red cabbage and sweet medjool dates; roasted cauliflower is spiked with romesco sauce and tahini; wild mushrooms are delicious with roasted garlic and charcoal sea salt, while salt roasted beets are in their element with whipped feta and heirloom radish. A hybrid of a local favourite comes in the form of a cali (cauliflower) goreng with garlic prawns, soffrito and an organic fried egg.

“Wherever possible I reach for local ingredients,” explains the entertaining chef. “I use local flour for the pizza bases, which are twice fermented for flavour and structure. I have found a great local mozzarella and a really good vegan mozzarella. Most of our vegetables are local, organic where possible, and they are given every bit as much love as our pizzas and meat dishes.” 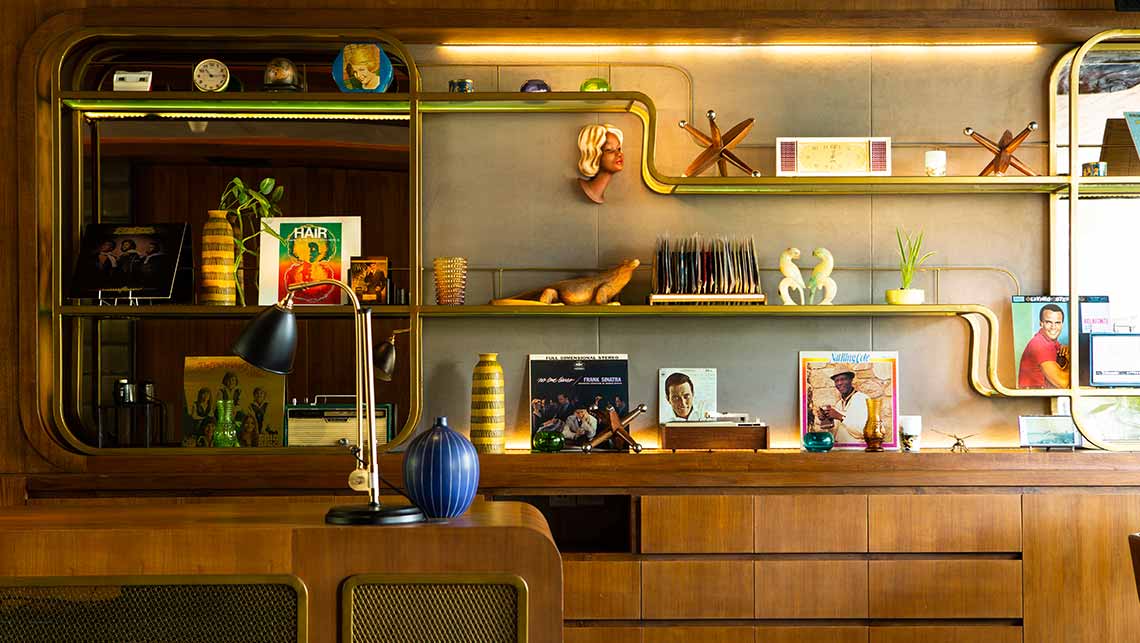 Ah, meat. If you love a good steak, you are on to a good thing here. The steaks are all premium grade Black Angus beef, a choice of tenderloin or rib eye. The strapping cows are grass fed for 300 days before switching to a diet of corn to add flavour. You really don’t need to do a lot to a great steak, and Matt lets the quality of the meat shine through.

We really do need to talk about the pizzas though. This is where Flat Stanley began and it’s very hard to pass on one of these crisp, charred, bubbling beauties. The margarita is outstanding, although on this menu it’s a mozzarella pizza (very Californian!) and it is from here that the pizza story begins. Quite why they are oblong remains a mystery but they fit perfectly on the wooden boards. I am not to wonder why, simply eat them, because they are deliriously good. (yes, I’m a pizza lover, isn’t everyone?).

While a self-confessed purist, I have a sweet spot for the truffle pizza, and the fragrant truffle reaches me before my pie does. It’s tossed with a mixture of fresh mushrooms on top of crushed tomatoes and topped with tasty fontina cheese. It’s a winner. Mind you, the peppered salami has bite and personality and should not be overlooked. Topped with finely sliced red onions, it’s big on taste. 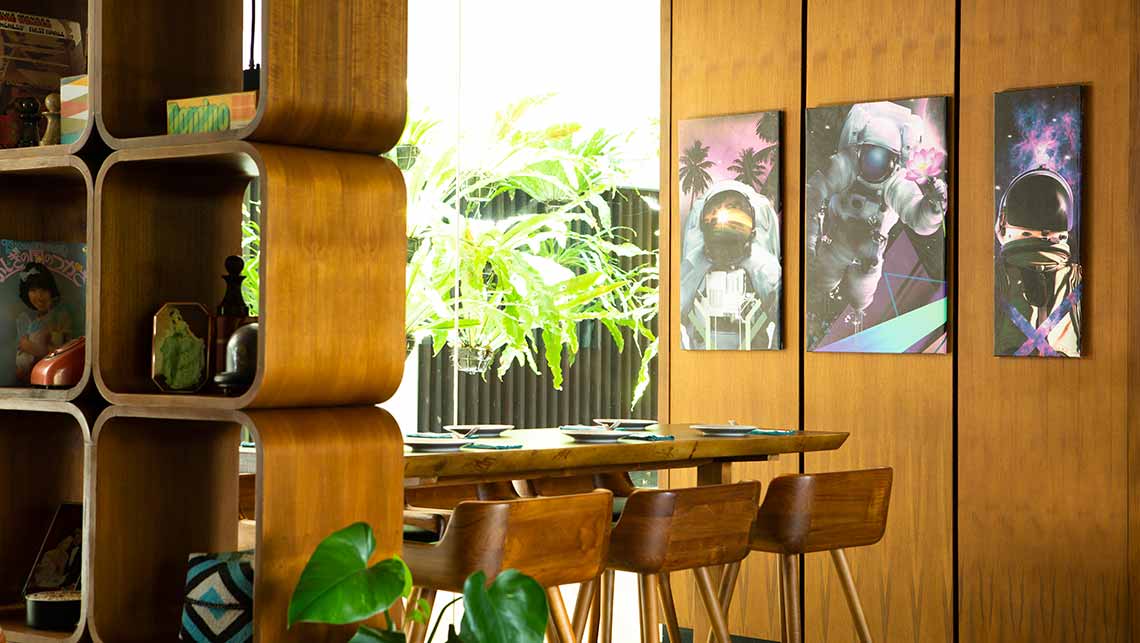 Other flavours include short rib meatballs with a white sauce, cherry tomatoes and tasty cheddar, there’s a kale and pumpkin for veggie lovers and lots more. Vegans can replace the cheese in any pizza for a delicious vegan option. Matt has a vegan sister so he’s very attentive to vegans, my vegan daughter declared her kale and pumpkin pizza delicious, and she is famously fussy. There wasn’t a crust left.

Small eaters, and kids, are also generously taken care of with single serve pizzas and favourites like Mac and Cheese and hot dogs. Special nights are also on the menu with Crafty Crust Wednesdays with the highlight on craft beers, happy hours every day from 4-6pm and Flat Stan’s Jam nights every Saturday with jazzy vocals and feel good tracks. Flat Stanley doesn’t play by the rules but that makes it fun, delicious and well worth dropping in. Check it out. S.D.

Dame Of The Forest: The Oberoi Bali