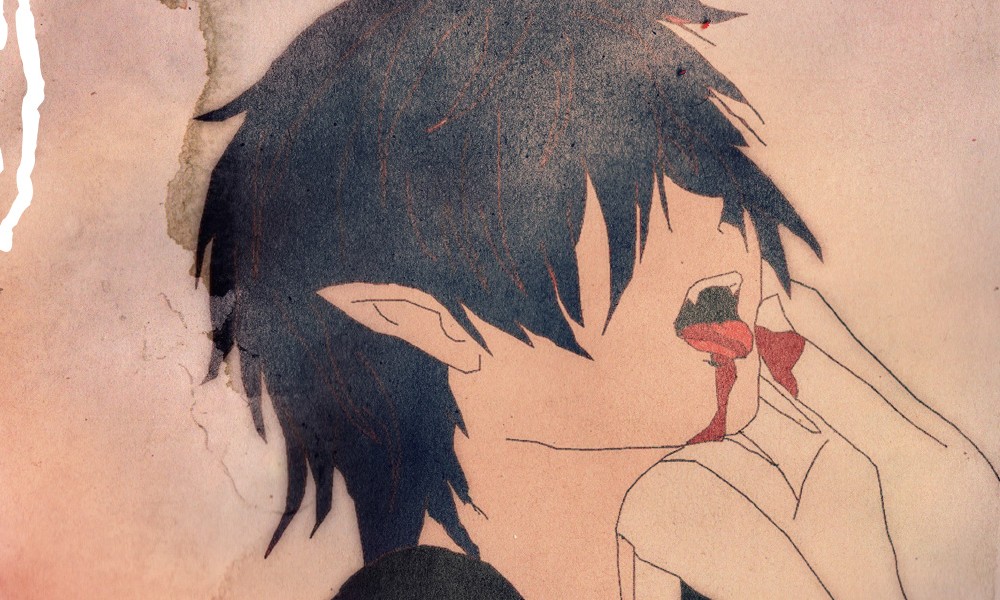 Andrew E. Hall enters the creepy world of energy vampires . . . will he come out a changed man? 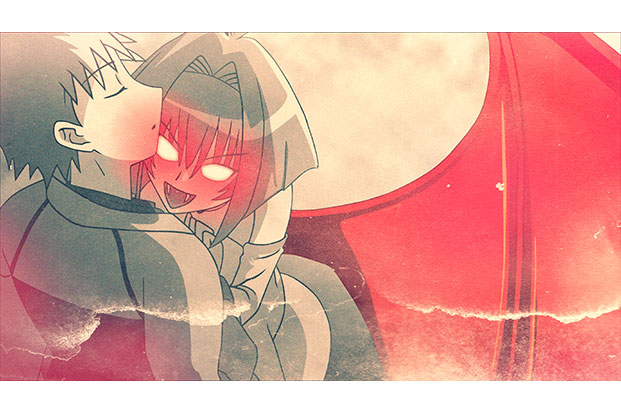 AS the grainy shadow of Nosferatu – the original filmic vampire – crests the stairs, you just know something unpleasant is going to happen …
And when an energy vampire makes an entrance into a room, which up to that point contained a perfectly pleasant ambience, a similar swingeing chill descends.
When you came in the air went out.
And every shadow filled up with doubt.
– Jace Everett: I Want To Do Bad Things With You.

While all manner of dark creatures have stalked our TV screens in increasing numbers in recent years – my all-time favourites being those in the True Blood series (and not just because Anna Paquin gets her gear off quite a lot) – there has also been an uptick in popular media concerning research into creatures who suck things other than blood.

With the joy that accompanies curiosity I threw myself into looking for leads and was fascinated to find a considerable trove of information about energy and/or emotional vampirism.
I understand that there are those who steadfastly believe that vampires of the fanged variety actually exist. I’m not one of them. Indeed I know several people who really believe they are space aliens – they’re quite fun to have a few drinks with.

Energy vampires, on the other hand, are not at all fun to be with while dabbling in your favourite libation … for every sip you take, they take one too.

Workplace performance expert, Andrew May, says: “They tend to be an unhappy lot, and do their damage through a telepathic draining of their victim’s energy.

Although often well-meaning, energy vampires have a vicarious need to put other people down and to point out faults in those around them, which serves to fuel their insecurities and inflate their own mercurial tyres.”

In contemplating writing this I promised myself one thing: to “out” myself … no I’m not gay, sorry. I grew my metaphorical fangs quite a few years ago. I won’t bore you with the details of why, but in the words of Frank Zappa’s Central Scrutiniser: “ … the boy was a wreck”.

I foisted myself upon various friends thinking (in an unconscious and inconsiderate way) my sadness should be their sadness too. After all, what are “friends” for? I was convinced of my own moral rectitude. I self-medicated in lavish fashion – not with illegal substances it must be said. I became a right royal pain in the arse. I lived in an unfathomable void and contemplated seriously the relief that death might bring. But someone I (still) refer to as my brother had already taken that “refuge” a decade-and-a-half or so earlier, and I pride myself in originality.

The stake to the heart came in the form of silence.

No invitations; people wearing garlic and waving crucifixes whenever I was around in the public space (not really but it was kind of like that).

In my own twisted and resentful mind (such as it was at the time) I wondered what was wrong with “them”.

Or in the words of the late, great Warren Zevon: “… poor, poor, pitiful me”.

But, staying with themes espoused by excellent musicians, I conjured the words of wonderful Joni Mitchell: “… I don’t need a therapist, I’m a songwriter”.

Accepting the silence and solitude I spent five months writing a book (that no one has read … yet).

During that time a particularly resilient friend put his foot firmly on my chest and started to withdraw the wooden stake. You know who you are mate. Thank you.

A number of my erstwhile relationships suffered what Vampire Bill Compton might refer to as “the true death”. Such is life.

I’m baaack … ta-da! Have been for a pleasantly lengthy period.

But as I remarked to another friend recently: “I know the “black dog” and, more importantly, the black dog knows me”.

When I look in the mirror though (which, with a countenance like mine, is best kept to a minimum) there is a reflection. No discernable fangs.

Andrew May goes on to say: “In making the break from an energy vampire, you can sometimes miss their financial or strategic support in a business context, or the security and comfort in a personal one. But once you remove people who drain you physically, emotionally, spiritually, psychologically and/or financially, it can feel like a heavy weight has been removed from around your neck. 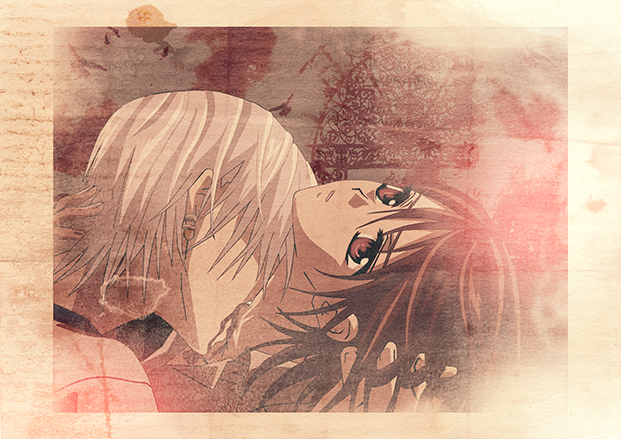 Taking into consideration recent psychological research highlighting how we start behaving like the collective sum of the five people we spend most of our time with (scary when you think about this, huh?), let’s have a look and see if you are hanging out with people who drain your energy stocks.

Spooky. Cue I Want To Do Bad Things With You.

How many times have you heard that one on Bali?

I immediately feel like the Energiser Bunny who has suddenly run into a treacle spillage. I instinctively reach for a cigarette and my eyes dart wildly in search of strong drink. My day has taken a turn for the worse. I wish I had a USB socket so I could plug myself into the mains. My life force is slipping away in the direction of a tight t-shirt upon which is printed an Om sign.

The vampire in her yoga kit is persistent. The practiced placidity is a form of oblivion I don’t wish to explore. I long to return to Discworld, which, though completely chaotic, is somehow comforting.
Ubud can be a strange place to live sometimes.

It resembles Sir Terry’s Discworld in many respects … but the People of Hanoman and their ilk on other parts of the island actually take themselves seriously.

Not talking behind your backs people … obviously.

Current and former energy vampires can be extremely cunning. 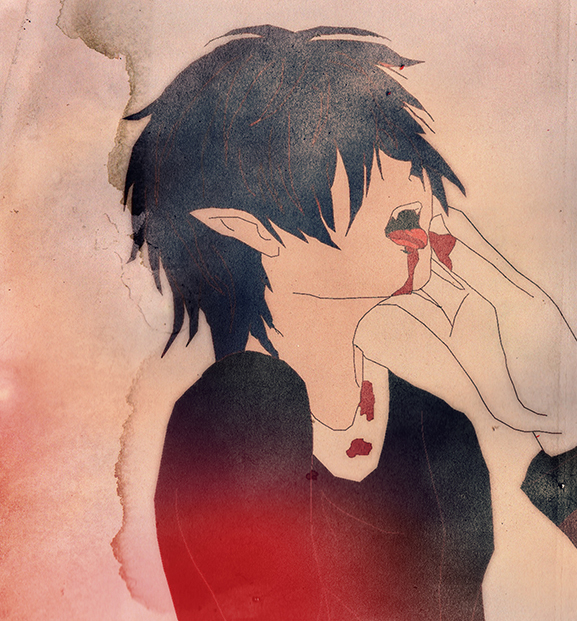 In an article titled, How To Save Yourself From Emotional Vampires (Because They’re Ruining Your Life), Rebecca Santiago refers to lead researcher in the field, Dr. Judith Orloff, author of the 2010 bestseller Emotional Freedom: “ ‘You’ll know you’ve encountered (an energy vampire) if you’re immediately tired after talking to them, like you need a nap, or if you’re feeling anxious, worse off than you were before,’ she says. ‘Your eyelids will feel heavy, you’ll feel drained, and any negative physical symptoms you have will be exacerbated.’

Lawrence Wilson MD says in an article titled Energetic Vampirism: “The main way to extract energy from another person is to upset the person. Two ways to do this are by:
1) Intimidation, threats or actual violence of some kind.
2) Seduction, pleasuring, flattery or spoiling another.

These may be called the yang and the yin methods. In both cases, a person is thrown out of balance, and this is what causes the person to give up some life energy. Many energy vampires combine the two in interesting ways …”

Okay, I think we’ve got it now. Watch out!

However! In pondering this piece my mind was pulled in a direction that transcends the individual (or limited group) experience. The reason for this was I recently listened to a radio programme that suggested the conversation about global environmental change has largely dropped off the wider public radar.

Why? Because the conversation is, for the most part, conducted in terms of fear and negativity (typical energy vampirism, as we have seen). And while the consequences of global warming are probably not heart-warming – an absence of polar bears in the not-too-distant future, for instance – some boffins would prefer the debate be repackaged in terms of a positive fascination with environmental science.

I’m walking on melting ice here because I couldn’t find much of use that links energy vampirism with the global environment.

Global energy vampires can be identified by their penchant for conservative clothing and their occupation of the conservative benches in the democratic world’s parliaments. In short, the legislators who pooh-pooh the science of climate change. America’s Republicans come to mind, as do prominent members of the Australian federal government – including the prime minister, Tony Abbott, who once said (and I paraphrase here), “global warming as a result of human activity is crap”.

So let’s apply Andrew May’s quiz to these legends-in-their-own-lunchboxes:

• Do they constantly tell other people what’s wrong with their lives?
Yes. They are rather phobic about the economic underclasses (who have an annoying tendency not to wear neckties). They regularly reproach people’s poverty and rebrand them as welfare “bludgers”. And, given the nature of media controlled by the likes of Rupert The Compassionate, poor prols take it upon themselves to feel shame and opprobrium – giving up the energy that is born of self-respect in the venal realisation that they are a “burden” on society.

• Do they always blame other people and never take responsibility?
Of course they do: the American Republicans blame the Democrats; the British Conservatives blame Labour; the Australian Liberals blame Labor. And vice-versa when their respective positions are reversed – but the political Left is more amenable to listening to a wider range of voices about alternative energy generation. Most European countries, the US and even Tory-led UK, have set Renewable Energy Targets ahead of a global conference on the environment in Paris later this year. Australia and Canada – whose leaders are cut from the same vampiric cloth – have, thus far, declined to do so. There is a general accord (amongst themselves) that these people are never responsible when the shit hits the fan.

• Do they complain and talk about other people behind their backs?
Duh. What do you think the political “leak” (as opposed to the political leek – a revered vegetable) is designed to achieve?

Told you I was making it up but … THEY SUCK.

A popular consensus amongst those who research energy/emotional vampirism is that the best strategy in responding to contact with one of these suckers is to consciously remain calm and breathe in a deep, slow and rhythmic fashion. Not so easy if you live next door to a coal-fired power station – but everyone has to die of something.

Another tactic is to be very self-assured and aware about where your personal boundaries are set and stick to them.
“Excommunication” is a term that pops up quite a lot in the literature – casting the research in a quasi-religious light and reinforcing popular myths surrounding vampires’ objection to religious artifacts. It basically means it’s okay to tell someone to piss off.

Lawrence Wilson offers some sage advice: “Get to know people well, test them over time, and never trust first impressions. This is critical to avoid being sucked into a vampire situation. Women are more likely to be prey, although men can certainly become vampire victims as well.”

They certainly can Lozza; my former partner was a vampire queen – and I was a fang banger! Her presence was so chilling I often thought about selling the fridge. Having conjured her image, I need to spend considerable time on my breathing exercises.