We sat down with Espen Salberg, world champion Latin dancer, sought-after choreographer and (amongst other things) fashion designer with his also very sought-after Firmato Espen Salberg label . . . apart from dressing other divas he also designed the purple dress worn by Jennifer Lopez in Shall We Dance. 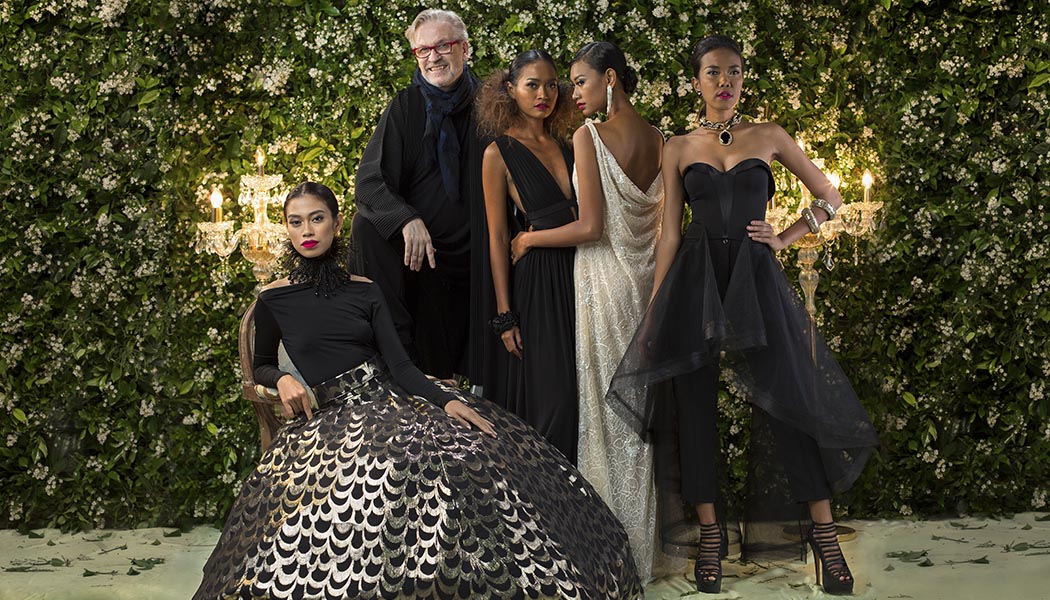 Espen, I almost fell off my chair when I read that you were a judge for Indonesia’s Dancing with the Stars. I suppose your dance career wasn’t what resonated with us first and foremost, to us it was always fashion first. But on to you . . . tell us about your:

Wow, I can’t recall, except that I have always been interested in fashion and glamour, so I guess it was as a six year old, backstage at one of my father’s hairdressing shows (he was a hair stylist who competed in world hairdressing championships), watching all the models with fantasy hairstyles in all the various colours in the world, run in and back out on a catwalk. All I know is that I loved the moment.

Being mobbed at school.

Who first taught you to dance?

A dance teacher back in Oslo, Norway. I had asked my parents if I could attend a dance course for kids . . . I was 10 years old.

How did dance help you in fashion?

Movement, flair, costumes, stretch, fabrics, r hinestones,you name it! It all seemed to go so well with a woman’s silhouette.

Your travelled the world as a dancer? Any stand out moments?

Being the first ever Norwegian World Latin American Dance Champion at the age of 23 . . . receiveing The Carl Alan Award for Outstanding Amateur couple (with my then wife Kirsten Salberg) from H R H Prince Michael of Kent,  at The Lyceum Ballroom at The Strand, televised by BBC One, being able to travel all over the world as dancers/performers, acting as Adjudicator on “Ballando Con Le Stelle”, The Italian version of “Dancing With The Stars” and Later for Inosiars Indonesian version . . . just to mention a few!

Now that you travel the world for fashion, what do you most like?

It is kind of a similar vibe, but of course I do love everything about fashion,  the styling ,the imagery,the creativity . . . fittings, sourcing of fabrics,  accessories,fashion shows, meetings with PR people, potential clients and buyers . . . and yet, in the end, the pleasure of seeing somebody wearing your creation and feeling good in it . . .  that is the best thing. 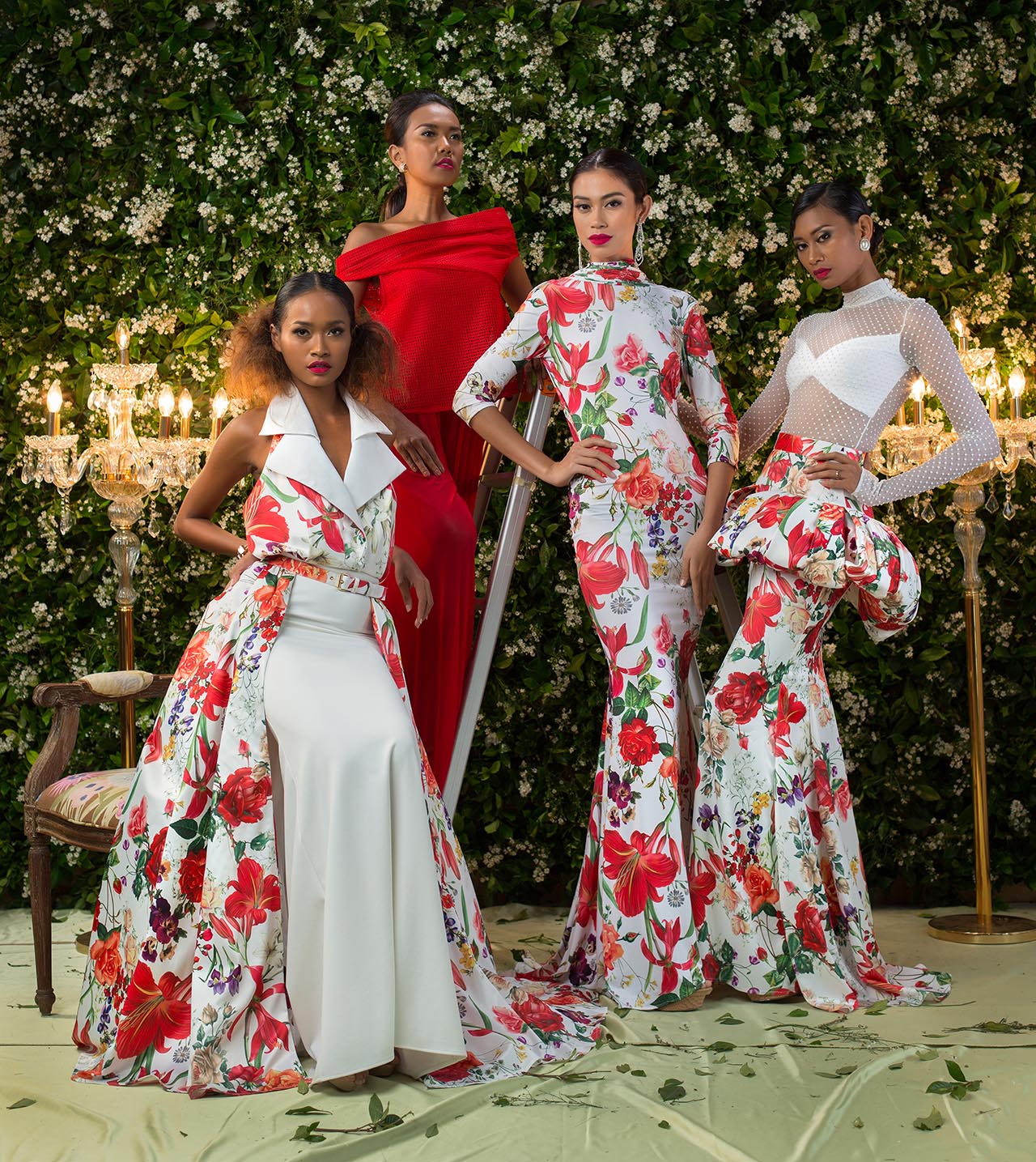 Name your mentor and any memories you have of them. . .

I don’t really have anyone in particular because I started in fashion rather late in life. I was 40 years old when I entered myself into a fashion academy in Italy. Until then I was just taken by images of designers that inspired me back in the early nineties, Gianni Versace, Valentino,  Jean Paul Gautiere, Jean Louis Scherrer . . . I tried to get off the ground in Italy by opening an Atelier that made dance costumes first of all, and also bridal and evening wear . . .   tough going, really tough . . . and it was only when I arrived to Bali in 2007 and I discovered the potentials here within the garment industry that I managed to start my first real ventures into fashion. From day one in Bali, I must say that I have had total support from the local designers, especially from Ali Charisma, who has always been there with a helping hand.

Did you know when you designed the ‘purple dress for Paulina’ that Jennifer Lopez would be wearing it?

Yes I did, because one of my earlier dance students in the US, Liz Curtis, had been appointed choreographer for the film. She called me one day from the US, I was still in Italy . . . “Espen, can you send me some sketches for potential dresses for J Lo for the film Shall We Dance? I would like to present them to our Costume Chief on the film.” Well, I did, the little lilac jersey number got accepted, and I found a seamstress in Rome that made it for me, so we shipped it over to the US together with a few other bits and pieces. It was great to see it being worn in the film.

We can find your couture at TStore on Nakula in Seminyak on Bali but where else can your label be found?

Most of our sales are directly to clients who have discovered us from either meeting us at Trunk Shows or seeing us at Fashion Shows, or watching social media and contacting us thereafter. We also sell through a store in Tokyo, as well as in HK, which is also the base for our online store espensalberghaute.com Other than that we are found in small boutiques in various parts of Europe and some in the Middle East.

You live part-time in Bali. Name your top three Bali brands, your top two restaurants and your one guilty pleasure.

Ali Charisma and BIASA, I love Table 8 at The Mulia, Nusa Dua . . . other than that I love the Gourmet Sushi restaurant Kaizan in Jl Petitenget, Seminyak.

What was the tipping point that made you move to this island?

A friend of mine got married in Singapore back in 2004 and invited a group of friends to vacation for a week-end in Bali afterwards. The rest is history. I loved the island and moved here in 2007. I do feel the island is changing though, and worry about the lack of cooperation between general building expansions and considerations when it comes to development of infrastructure.

Other than Bali, where else would you choose to live and why?

Espen, many thanks for your time.