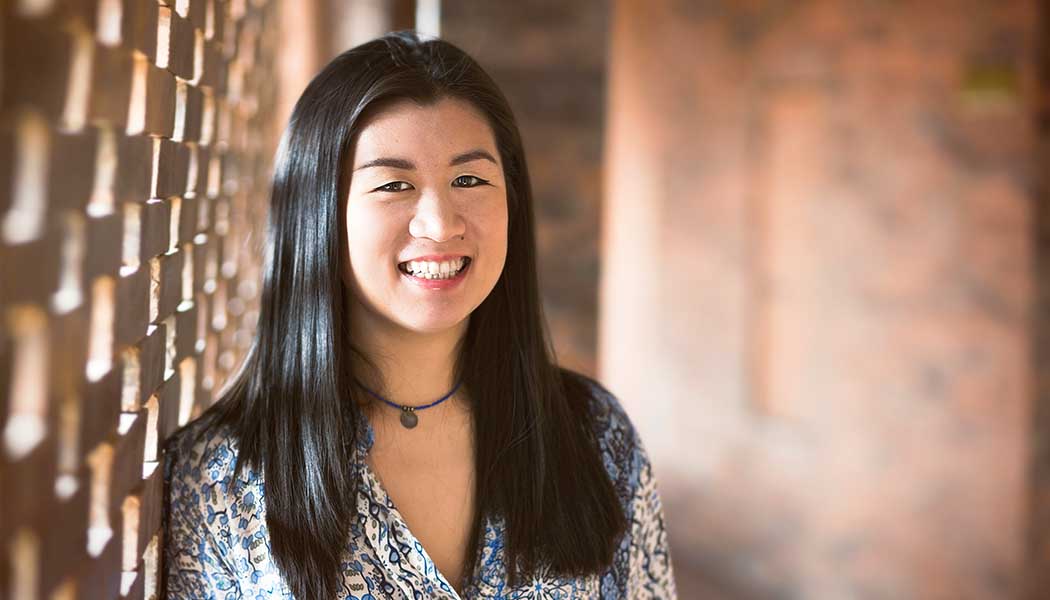 SO, Emmelyn, what was it like growing up with an older brother who’s a founder of Potato Head?

When I was younger I always compared myself to my brother, Jason. I shouldn’t, but I still do. We’re both quite ambitious and are both passionate about our work, even though we don’t discuss it so much now. I know he cares a lot about me and that he wants me to succeed in whatever I do as he has done with Potato Head. At times, it’s a challenge to figure out his thought process in regards to work and his vast businesses, but now that I’m running my own, I can see that we are quite alike.

Where did you grow up?

I grew up in Jakarta and went to Melbourne when I was 15. I studied fashion design, and was in a bubble with other creative peers for about four years. I think I was living in the studio for the most part. When I graduated, I did a short stint at a fashion company but decided to go back to Jakarta in 2008.

What brought you back?

My brother was in the process of opening Potato Head Jakarta, and he asked me to design the uniforms. I came back for three months, but the culture shock was huge and I promised myself I would never work for Potato Head again (laughs). It was just chaotic, and I didn’t know how to work with suppliers at the time. I packed my bags for six months and went to Paris and stayed there to absorb its culture, memorise its streets and revel in its beauty.

While I was there, my brother asked me to come back and work for Potato Head again, but this time managing the PR side of the business. At the time, I was obsessed with making macaroons in Paris so I said, ‘Okay, as long as I can sell my macaroons there’. We sold them for six months until I got too occupied with my actual job. 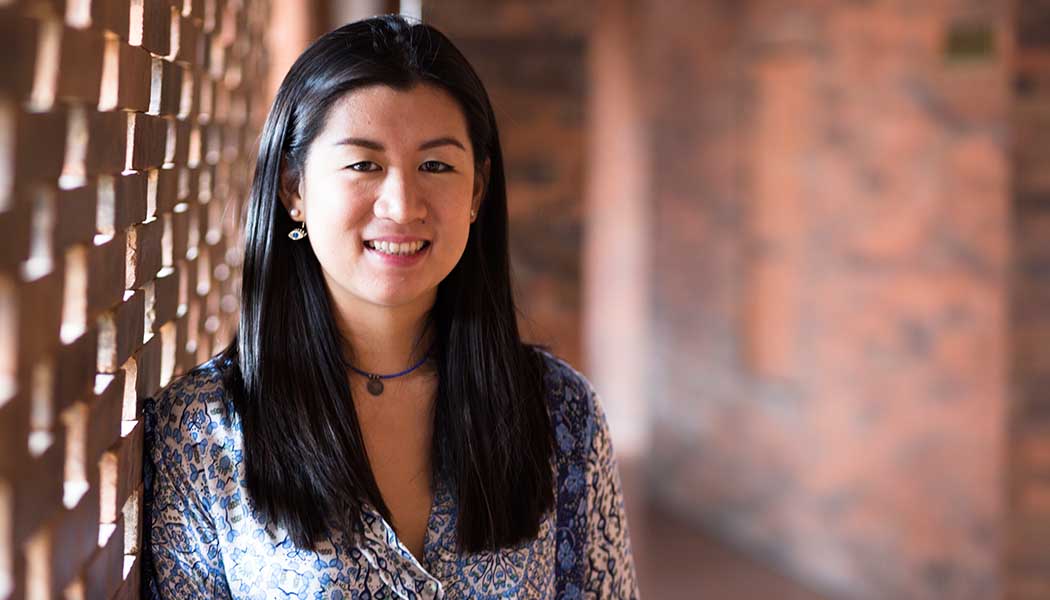 What kind of events were you involved in?

We would have Sunday markets at Potato Head Jakarta in Pacific Place. I would curate the events, working closely with the vendors to handle the products sold. We became quite well-known for our Sunday Markets and we still have them up until today. I found a way to work harmoniously with suppliers, and learn their processes.

At the same time, I opened Escalier, the clothing store at the Bali beach club with two other friends who are still my core partners to this day. I was traveling here every six weeks, and Bali became a great break from Jakarta.

How do you feel about Bali now?

I’ve been living here about three years and I love it. It can be whatever you want it to be, but you have to let it come to you slowly and, at the same time, enjoy what it gives you. If you venture out of Seminyak, you will still find many craftspeople that will help you expand your imagination.

I love going into their workshops; they are so simple, and humble. From the outside, it may look just like a little hut, but when you go inside there is amazing work going on. If you are a creative person or a designer, Bali is incomparable!

How did you become involved with the hotel, Katamama?

Ronald and Jason, both founders of Potato Head, decided to build the hotel four years ago, and were working with an interior company but they had so many more ideas. I was already quite familiar with the hotel’s design by then: the finish and concept. It was also during this time that I left Jakarta for Bali and began working with local suppliers on natural dye and indigo production, making textile samples and experimenting with various craft work.

I met a lot of craftspeople around Bali, up in the north and east of the island. I wasn’t quite sure what I would do with my samples, but I knew I was heading in a certain direction. I had a good feeling about it. Occasionally, I would show my samples to Ronald and my brother.

When they started to work on the amenities, they naturally came to me to discuss them as they wanted to showcase work by local artisans. It was a great match and a huge bonus for me to know that they love what I do and that I can continue to create what I love. Almost 100% of Katamama’s amenities are made in Bali by the local community. 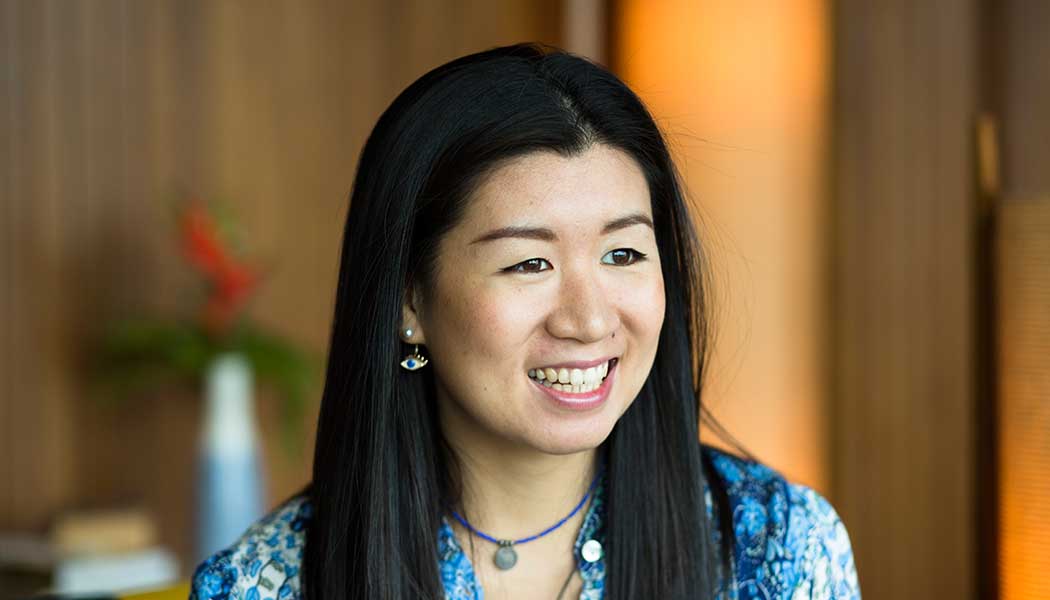 Is that how Canaan came about?

Yes, it was like an organic transition into my next step. Canaan is a store and gallery with a strong emphasis on promoting traditional Indonesian products in a modern setting. It is a great platform for me to showcase all of the work that we did for Katamama as well as expanding the range and continually supporting the artisan community in Indonesia.

To do this, I curate the products and bring them together in a boutique setting. Many of my customers say that it’s through the curation that Canaan has become such a unique brand/store and gallery.

How does your curation process change as you branch out to new locations?

I look at the space first and find out what I can bring from Canaan to the new location. For example, the space in our second store in Potato Head Hong Kong is designed by one of Japan’s most renowned architects, Sou Fujimoto, who conceptualised The Serpentine Pavilion in London.

With his signature all-white grid shelving, he brought to Canaan a very modernised element, something that’s very clean and sleek. From this, I curated bold monotone products which brought their own strong identity: a contrast to the white space.

‘Big Krabby Kane’ and ‘Piggie Smalls’.  I always wanted to ask: who came up with the burger names at Three Buns?

Our executive chef, Adam Penney, is a burger aficionado. He proudly refers to himself as ‘the burger chef’.  As a lover of hip hop music and street culture, that’s where he finds his inspiration.

But if you look at our other wacky names within the establishments, they’re really down to all of us in the creative team, including Ronald and Jason. We love sitting down over the big table and just throwing crazy ideas around.

Will you continue to be a part of the group’s aesthetic in the future?

Yes, of course. Canaan is part of the PTTFAMILY. For me, it provides a holistic platform for the organisation by showcasing the work that we do with local people. It brings an element of human interaction between designers and artisans through the work that we provide, and through our journals, photos and documentation.

Private Villas From Elite Havens at 30% Off