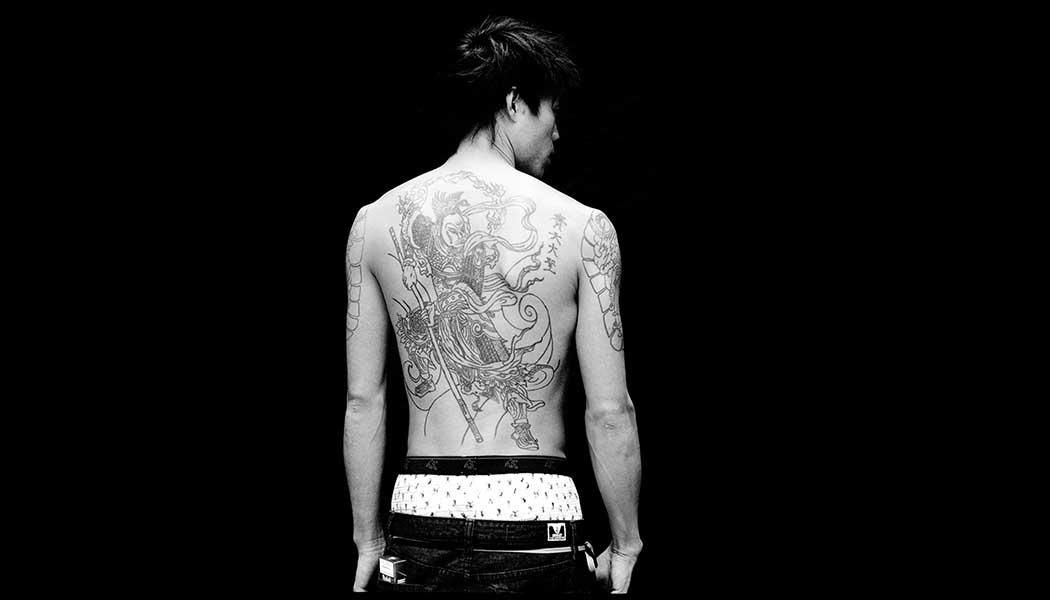 It’s the free-wheeling centre of South-East Asia and a drinking town to boot. Hong Kong has come a long way since the pre-handover days of imperial arrogance and white domination. Today it rests on its hard-won laurels as a city that vibrates to the beat of an ecletic international rhythm, as Julian Zielonka discovers

MANY before me have had a Hong Kong experience of course – I believe everyone should. Mine started right from the airplane doors when friends invited me to join them for dinner at the China Club. Located on the top three floors of what used to be the old Bank of China Building, just across the harbour from Kowloon, this is famously a members-only club, but if you are looking for a way in don’t try to find a back door or service elevator – most upscale hotels can acquire a reservation for you, given a few days notice. 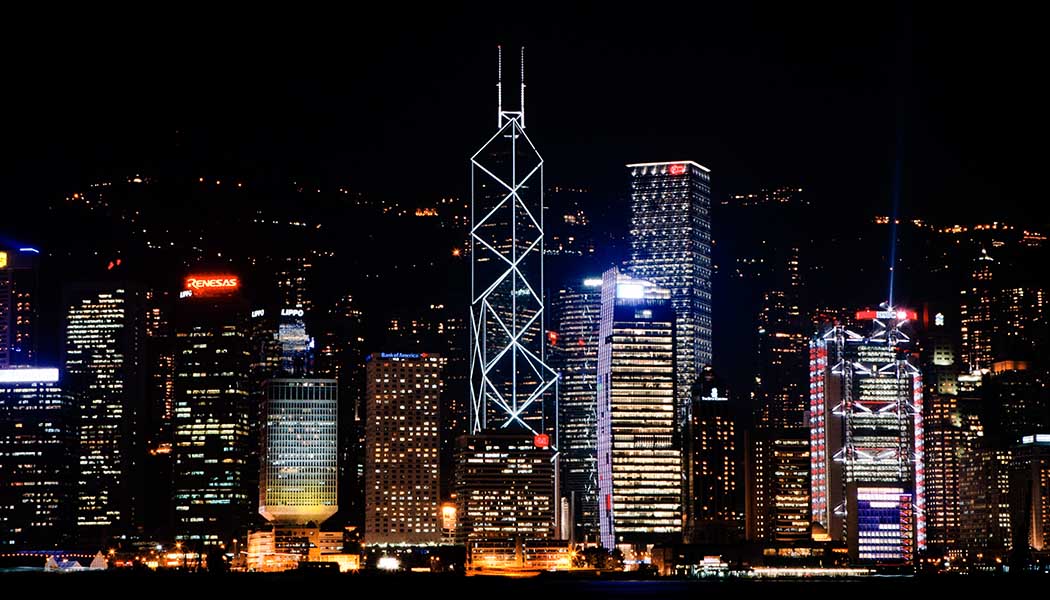 As I walked through the doors it was easy to imagine what it must have been like in 1930’s Shanghai – from the ornate silverware to the elaborate tea and noodle ceremonies, the attention to detail here is immaculate, and old world. There’s an unrivalled collection of modern Chinese art that fills the walls, and sculptures spread throughout the corridors. One of the pieces that left its mark was a pair of leather brogues that looked like they were made for a man five meters tall. Big shoes to fill indeed. 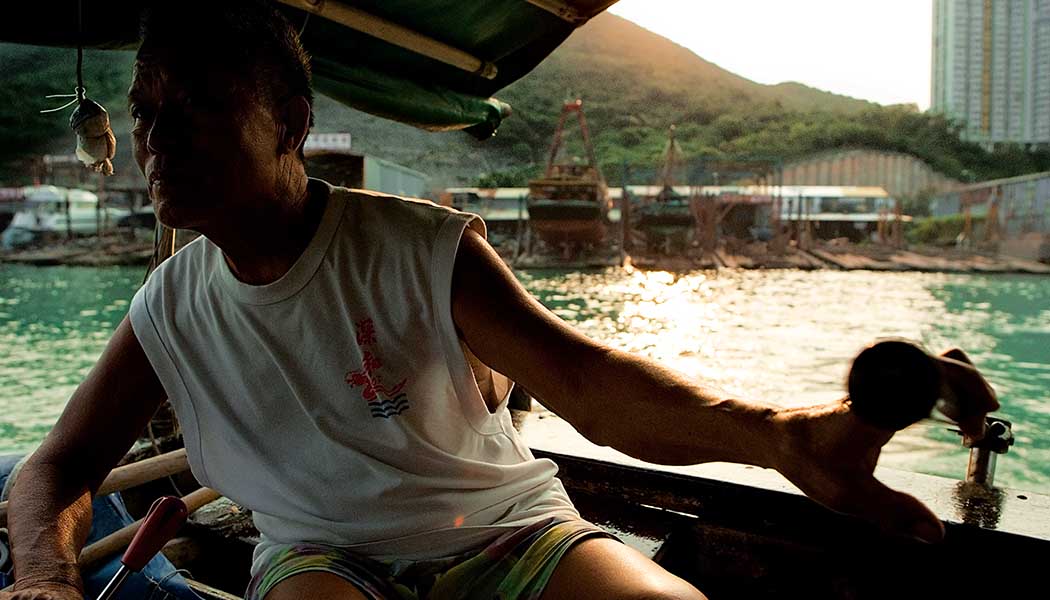 Hong Kong is all about the view, many people will tell you that. Skyscrapers tower over the harbour, and after a great meal we ended our night by enjoying a drink on the outdoor terrace overlooking the stunning cityscape that has become the mark of this curious and vibrant city. 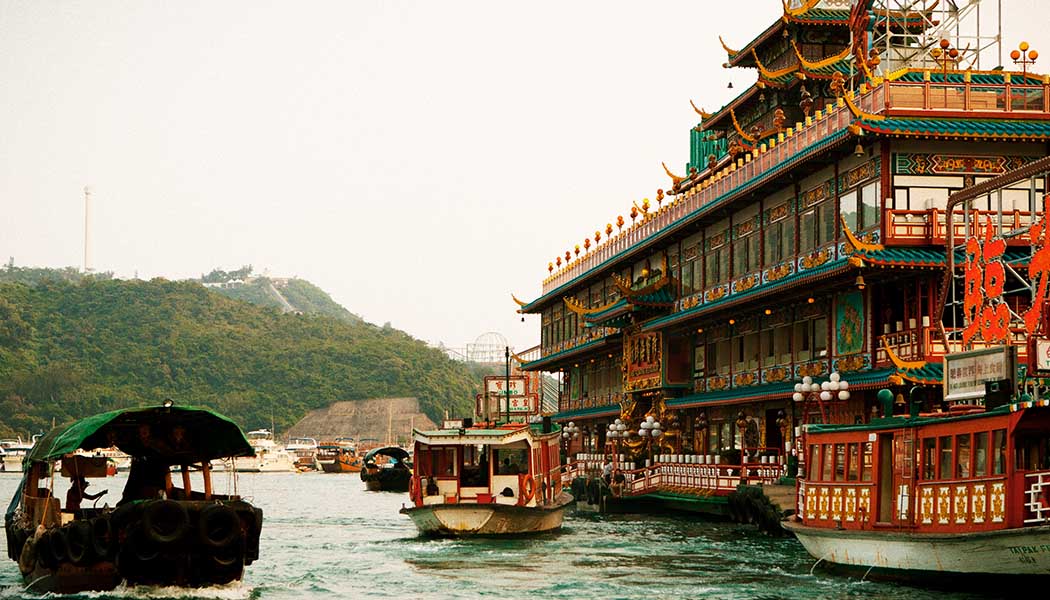 I bid my friends good night and headed back to my room at the nearby Fleming Hotel. This urban lifestyle pad is a perfect place for a short stay on Hong Kong island, situated as it is close to the Convention & Exhibition Center and some great shopping and nightlife choices, all within five minutes of the lobby door. There were more surprises ahead: as I ascended to my room, I mistakenly got off on the wrong floor. Straight away the odour of elegant perfumes wafted into the lift, and I could tell this was no ordinary level in the hotel. I got out, curious to see what was going on, and I walked straight into what the hotel calls “Her Space”, filled with foot massage machines, beauty care products and all the current popular fashion magazines. My curiousity piqued, I lit up all the floor buttons in the elevator looking for “His Space.” When I finally found it I wasn’t disappointed. The floor was filled with gaming consoles, from the Playstation 3 to Xbox 360 and Wii. It also included a golf putting green alongside an iPod dock entertainment system, men’s magazines and an extensive DVD library. I don’t mind admitting I spent the next couple of hours enjoying the plethora of testosterone-fueled time killers on offer. 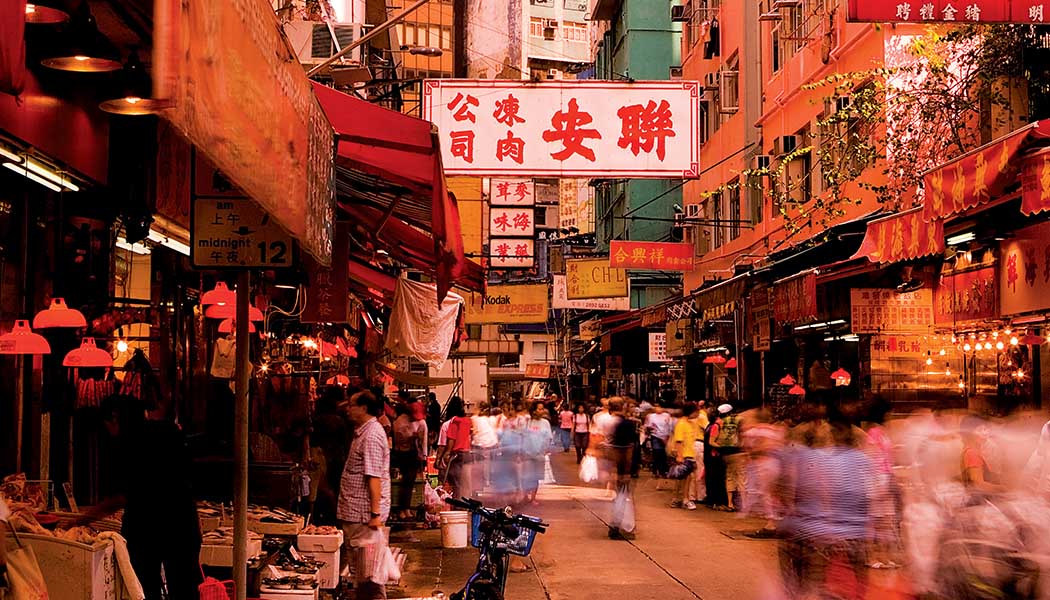 I awoke the next morning late and groggy, and in need of local colour. After visiting the China Club, I wanted to go a little more basic with my food choice, so after a recommendation from the staff in the lobby I headed for the streets to find some good dim sum. In Wan Chai there is a multitude of open-air street food caf?s, offering more dim sum dishes than your heart could desire. I found my particular venue, had my feed and whilst sitting back satisfied, realized why this cuisine has been part of the country’s food staple for hundreds of years. 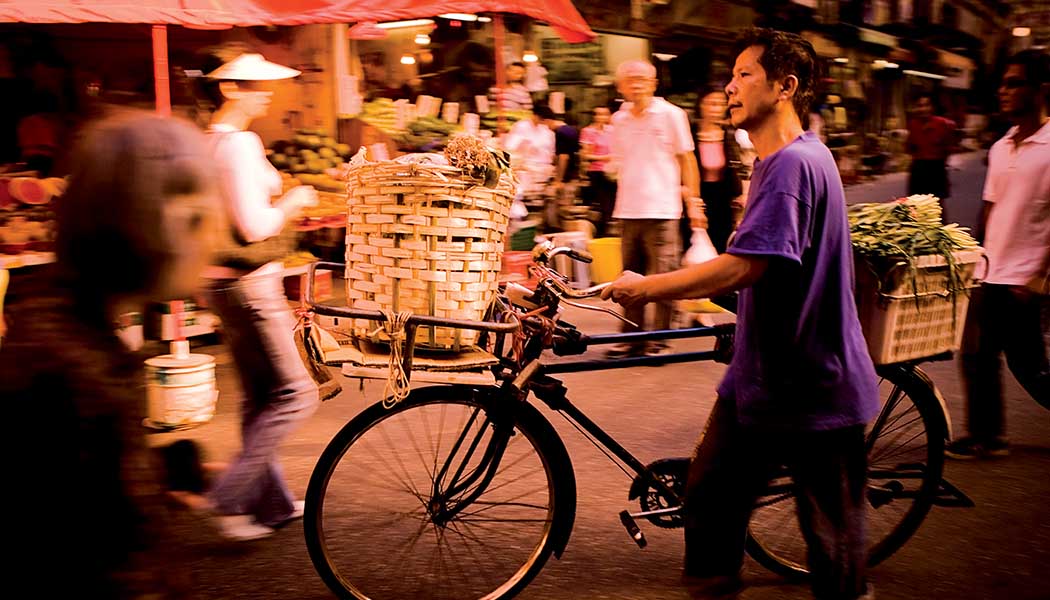 With my belly full and my schedule empty, I aimed to experience some of Hong Kong’s famed sights. After hearing from some friends about a massive fish market, I was curious and headed for the Tung Choi district. A quick cab ride through front and back streets and I found myself standing on the curb looking at what seemed to be a huge wall of goldfish in plastic bags. Confused, I asked the vendor if I was in the right place. He told me that all these fish were destined to be pets, but the market I was looking for was not far away. Somewhat relieved that the goldfish were safe and sound (as much as one can be in a plastic bag), I made another cab ride to the Lei Yu Mun Fish Market. 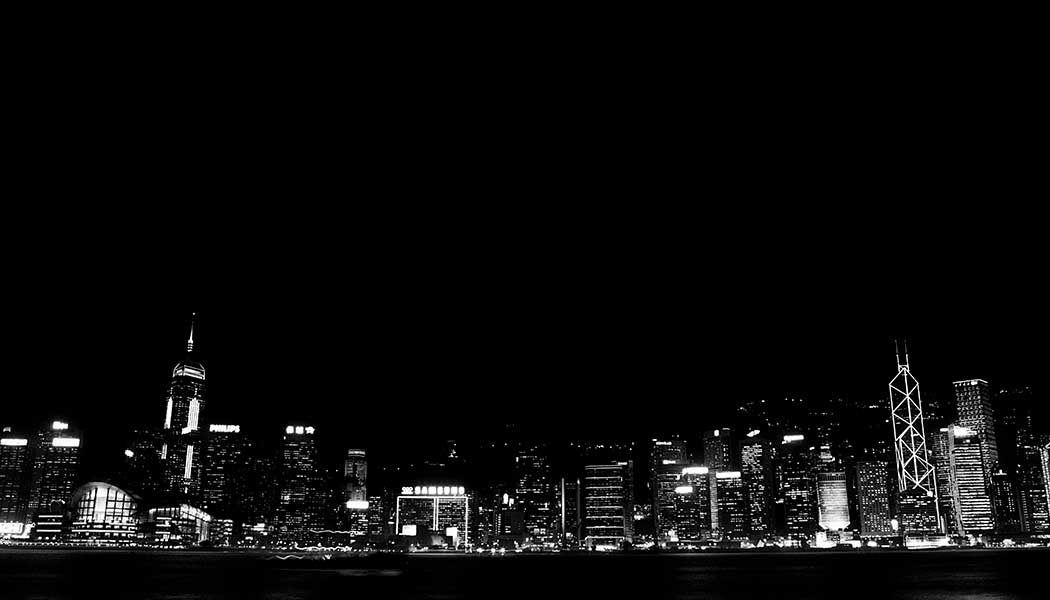 From the first step out of the taxi, I knew I was in the right place. The smell of a fish market is of course unique and this particular example was quite overwhelming on the senses. I entered through one of the many alleyways that led deep into the market’s heart. It really is a sight to see, wall-to-wall stalls housing any and every thing that constitutes seafood in the Chinese mind. Every colour, shape, species and size existed somewhere in that market. I squeezed through crowded footpaths for an hour, and couldn’t help but realize that some of the fish around me had more space in their tanks than I had on the path. I searched for a way out, and after a couple of encounters that were lost in translation, and wrestling a giant crab for a photo…I escaped. 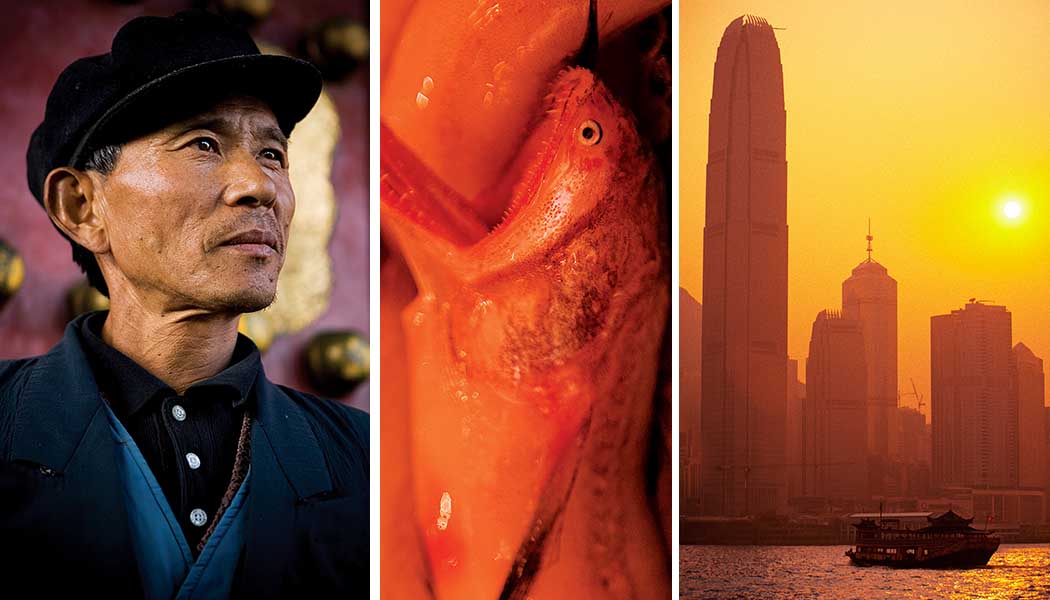 I headed across town with my sights on the harbour. I’d been told that the Star ferry was one of the easiest ways to get from Wan Chai to Kowloon, and I was more than happy to try something that didn’t involve traffic. As the ferry pulled into port, the first thing that struck me was the feeling that this mode of transport had not changed much over the years. In fact much of Hong Kong feels like that. Modern and sleek in many parts, it retains an antique charm that borders on romantic. Deck boys lowered and raised the docking bridge by hand to the sound of a school bell; even the lettering on the side of the vessel reminded me of some nearly forgotten past. Yet the spotlessly clean ship really did offer a quieter, faster and cheaper way to cross from Hong Kong island to Kowloon and the mainland. At around 30 cents per crossing, it rivals even the cheapest motorcycle and taxi options and offers one of the best uninterrupted views of this majestic city. A must-do for any visitor. 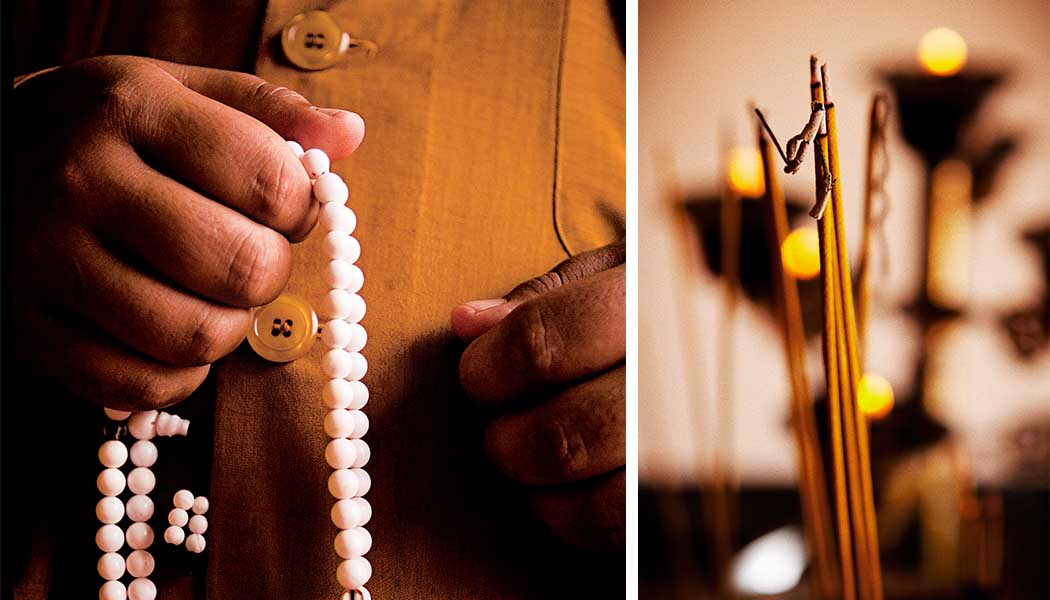 I left the ferry with a clear head and went to find a locale for an evening cocktail and snack. I’d heard about a restaurant called Sevva, so I asked directions and received some vague hand signals for my trouble. I surprised even myself when I arrived without any bother, and I headed straight to the 360-degree outdoor terrace to enjoy a drink and look over the bustling city below. The restaurant’s wine collection was immense, but I was much more interested in their cocktail menu. Besides having some of the best on the island, Sevva hosts one of the most spectacular views of the world famous Light and Sound symphony on the bay. I was lucky enough to arrive just in time for the night’s show. 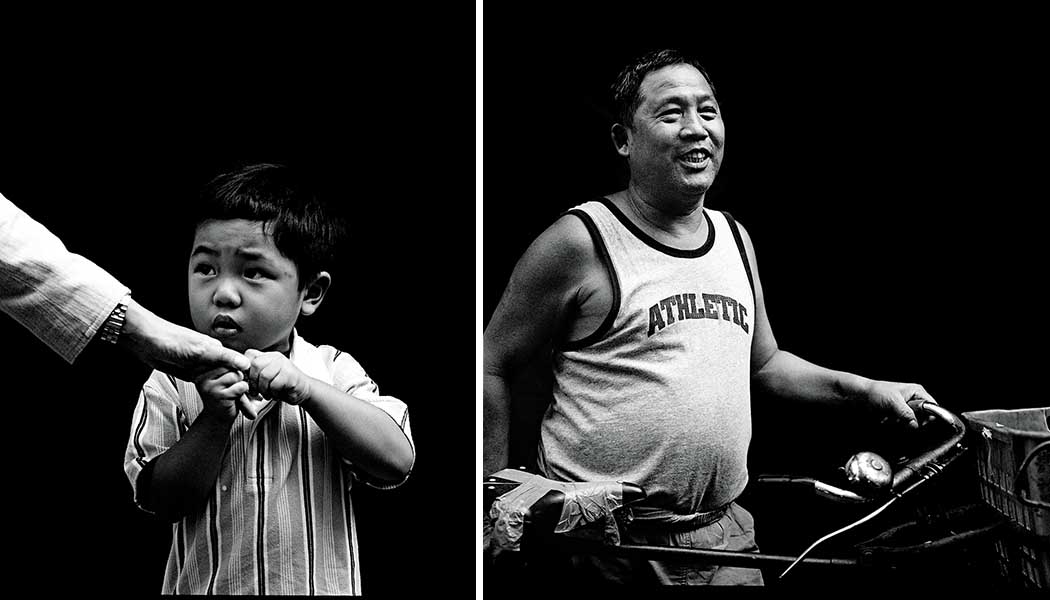 The light show was an amazing visual experience, lasting over ten minutes and including more than 40 buildings in the array. Rated by the Guinness Book of World Records as the “world’s largest permanent light and sound show”, the dazzle takes place every night at precisely 20:00 on both sides of Victoria Harbour. It’s a definite must-see for anyone who passes through Hong Kong’s splendid midst…indeed there’s a lot to experience in Hong Kong. I spent the rest of the evening among some of the regulars, most of whom looked as if they had come straight from the office, some still talking shop. Satisfied with my day in Hong Kong I pulled myself up from the ridiculously comfortable lounger on the roof deck and got a cab back to The Fleming. 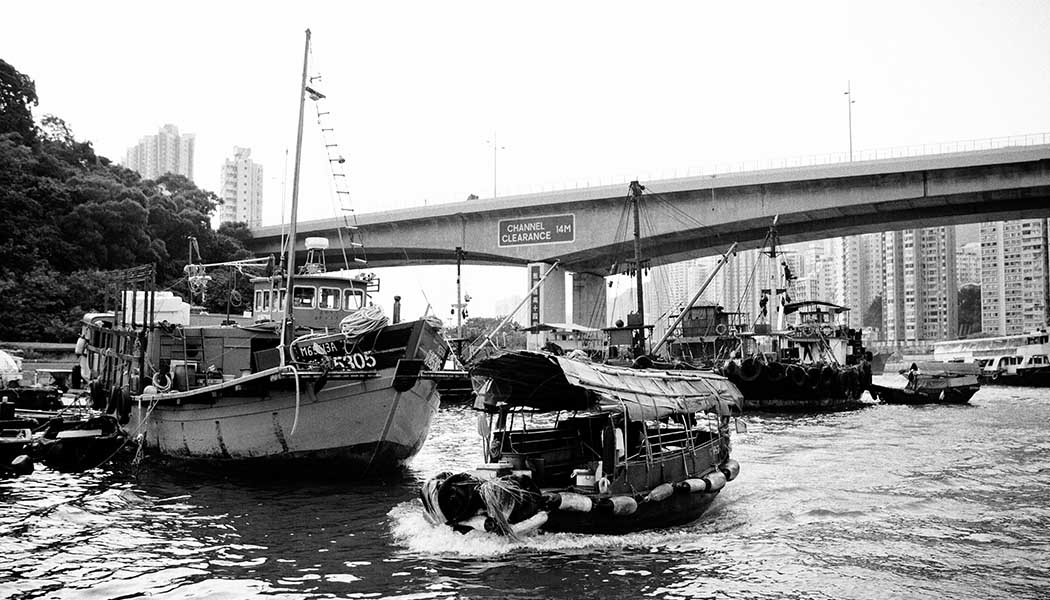 Whether you’re a jet-setting business mogul or a backpacker succumbing to wanderlust, Hong Kong is a place of wonder in the playground that is Asia. Checking almost every box, its streets and districts offer a plethora of culture and craziness alike. Just a week within ‘The Pearl of the Orient’ offers time aplenty for sight-seeing, fine dining and explorations into art and entertainment. And then there’s the X-factor, which Hong Kong has in spades. It’s difficult to express perhaps, but Hong Kong has what other Asian destinations lack. Style, energy (to the point of mayhem), and a unique sense of itself. Old and new together in historic embrace, married at the hip by money, mystique and myth.