In February 2015, Jim Inhofe – chairman of the powerful United States Senate Committee on the Environment – called global warming “the greatest hoax ever perpetrated against the American people” and attempted to debunk the alleged myth by tossing a snowball across the Senate chamber floor.

There shouldn’t be snowballs in Washington in February, you see, so any suggestion that the earth was getting warmer was clearly a falsehood.

More recently, President Donald Trump has repeatedly scoffed at the idea that global warming was a thing, especially when unseasonal cold snaps hit the United States.

As a polar vortex struck across much of the country in January ? setting record-low temperatures and completely freezing the Niagara Falls ? Trump tweeted: “Amazing how big this system is. Wouldn’t be bad to have a little of that good old fashioned Global Warming right now!”

It isn’t the first time Trump has conflated weather with climate.

Weather, of course, is the day-to-day state of the atmosphere and its short-term variation in minutes to weeks. Climate is the weather of a place averaged over a period of time ? usually 50 years or more.

And nowhere on earth are these views more widely held than in the United states.

The Republican Party in particular is unique among political movements across the Western world in denying climate change.

According to a leaked memo, strategist Frank Luntz advised members of the Republican Party “to make the lack of scientific certainty a primary issue” and challenge the science by “recruiting experts who are sympathetic to your view”.

There is nothing fundamentally wrong with challenging science. Theories and hypotheses are meant to be rigorously tested and if found wanting, cast aside in favor of more verifiable ideas.

But there is an overwhelming consensus among scientists — particularly experts in climate — who say not only is global warming real, but it is human-caused increases in carbon dioxide emissions that are contributing the most to it.
A consensus in science is different from a political one in that there is no vote. Scientists give up arguing because the sheer weight of consistent evidence is too compelling, the tide too strong to swim against any longer. Scientists change their minds on the basis of the evidence, and a consensus emerges over time.

Not only do scientists stop arguing, they also start relying on each other’s work.

All science depends on what precedes it, and when one scientist builds on the work of another, they acknowledges the work of others through citations ? a concept best summed up by the brilliant Isaac Newton, who when asked about the source of his genius replied: “If I have seen further than others, it is by standing upon the shoulders of giants.”

The debate is similar to that which raged from the 1950s to 1980s over the effects of cigarette smoking on health.

The first scientific studies linking smoking to lung cancer didn’t emerge until the early 1950s, in Britain, but it took until 1964 before the US Surgeon General confirmed the relationship.

Still, powerful tobacco lobbies in countries around the world continued to argue against the link, wheeling out their own experts to counter suggestions there was a scientific consensus on the issue.

As scientific evidence mounted in the 1980s, tobacco companies claimed contributory negligence ? effectively saying they weren’t to blame as “how could they have known” ? and health authorities around the world generally sided with them, pressured by politicians fearful of losing the support of key donors.

That all ended in the 1990s when the four largest US tobacco companies settled a national class action civil suit worth $206 billion ? still the biggest in history ? and agreed to a raft of changes that have transformed the industry. 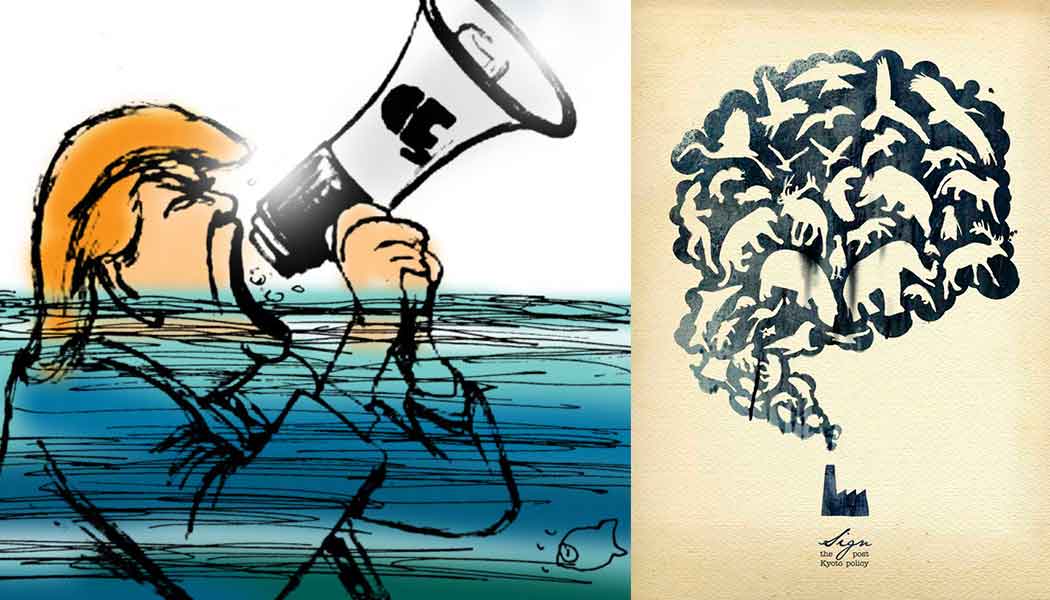 Another similar debate ? albeit less mainstream ? surround the ridiculous campaign of so-called anti-vaxxers, who claim that vaccinations given to infants can cause autism and that children grow up with better health if their immune systems develop “naturally”.
Two centuries ago smallpox was rife across the world, killing 30 percent of children who contracted the virus and leaving most of the survivors horribly pockmarked. The disease generally occurred in outbreaks, killing nearly half a million people a year in 18th Century Europe.

The English physician Edward Jenner devoted his life to fighting it, finally developing the world’s first vaccine in 1798. Less than 200 years later, the World Health Organisation declared the disease eradicated, the last naturally occurring case having been contracted by a hospital cook in Somalia in 1977.

(In 2011, rinderpest ? a disease affecting cattle and buffalo ? become only the second disease to have been completely eradicated.)

In 2000, measles was declared eliminated from the United States because internal transmission had been interrupted for over a year and any remaining reported cases were due to recent arrivals from abroad.

But then the anti-vaxx campaign took off, and the disease was back.

A 2005 measles outbreak in Indiana was attributed to parents who had refused to have their children vaccinated, the three biggest outbreaks of 2013 were attributed to clusters of people who were unvaccinated due to their philosophical or religious beliefs, while in January this year Washington state reported an outbreak of at least 36 confirmed cases of measles, most in an area rife with anti-vaxxers.

One proud anti-vaxx mother asked on Facebook for advice on how to protect her child from the outbreak. The replies were brutal.

“If only there was something that could protect against contracting measles, like say a vaccine,” said one person.

“Have you tried ‘thoughts and prayers’,” said another. “I hear it works well for gun control too”.

The idiocy isn’t confined to people and their offspring.

Christine Rena, who runs a popular kennel and cattery in Canggu, here in Bali, lamented on Facebook a few weeks ago how she had to turn away two mutts from boarding because their owners had refused to ever have them vaccinated against rabies and other common canine viruses that are endemic to the island.

In “The Demon-Haunted World” Carl Sagan warned of a descent by much of mankind into ignorance and worried about a population unable to tell the difference between “what feels good, and what is true”, and is therefore vulnerable to pseudo science or anti-intellectualism.

That ignorance, promoted by Trump and his fossil-fuel lobbyists, allows the US President to Tweet nonsense to his followers, who swallow his line about cold weather disproving evidence of global warming.

Yet, as the highly respected New Scientist magazine reported this month, nearly 40 all-time temperature records were broken in January alone.

Two weather stations in the US record recorded lows of -36.1 degrees Celsius as the polar vortex struck, while in Australia some 35 stations recorded all-time highs including Noona in New South Wales, where the temperature at night remained above 35.9 degrees Celsius ? the hottest night in Australia’s history.

The mean temperature for January in Australia exceeded 30 degrees Celsius, the first time this has happened for any month in the country’s history.

All mathematical models, the magazine said, predict that in a stable climate, the number of hot and cold records should be equal, and new records occur less frequently over time.

Yet in 2018, 430 weather stations worldwide saw all-time high temperatures and 40 saw all-time lows. This ratio is as clear a sign as any that the planet is getting warmer.

After a Fox News poll last year suggested more than a third of Americans were sceptical about climate change, the comedian-turned-commentator John Oliver responded: “Who gives a shit? It doesn’t matter. You don’t need an opinion poll on a fact. You may as well have a poll asking which number is bigger, five or 15? Or whether owls exist? Or are there hats.”

The public scientist Neil deGrasse-Tyson possibly summed it up even more succinctly.

“I’m often asked if I believe in climate change,” he said. “Now I just reply with the question: Do you believe in gravity?”