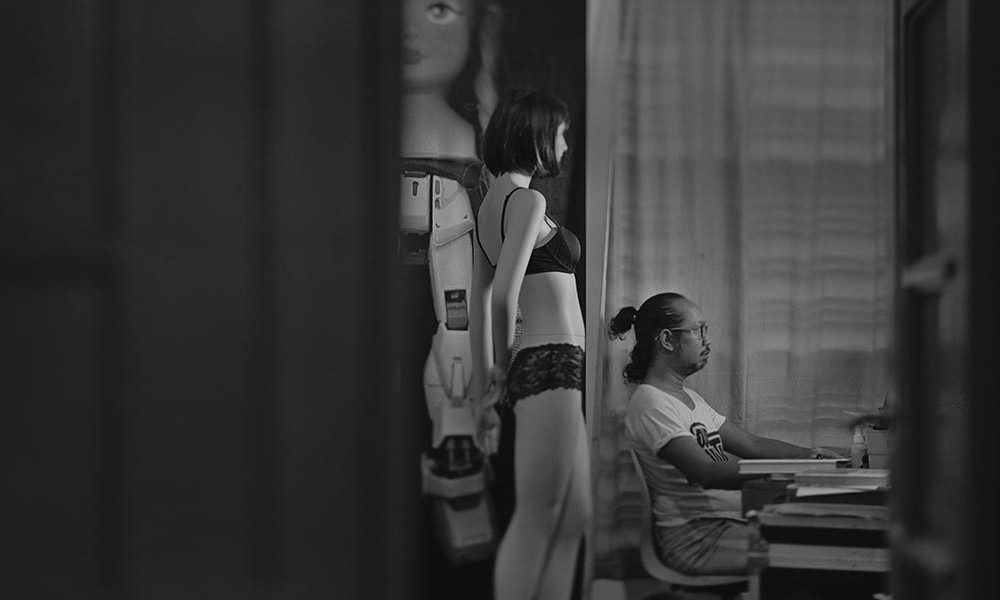 Mia Maria talks about the art of friend and relative, Davy Linggar, who recently photographed Indonesia’s leading artists using a mannequin called Jacky as a counterfoil to their creative spaces. The product was an exhibition called FILM … 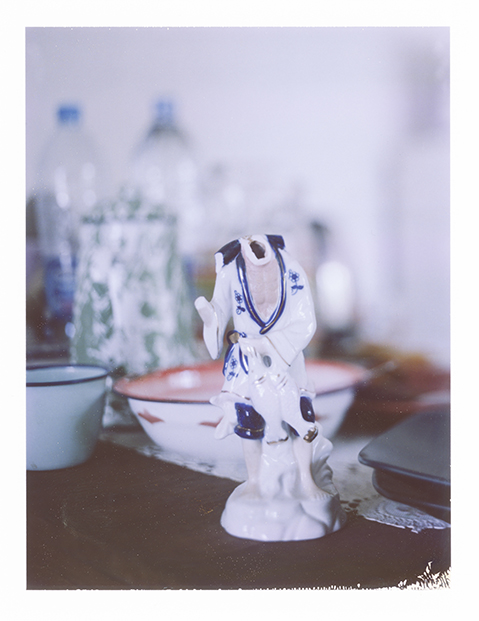 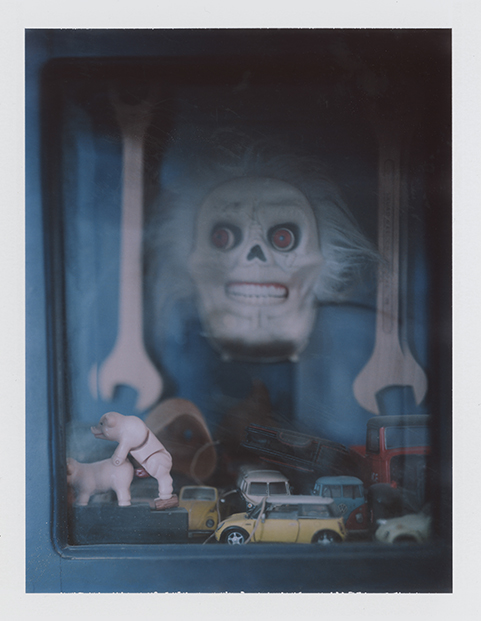 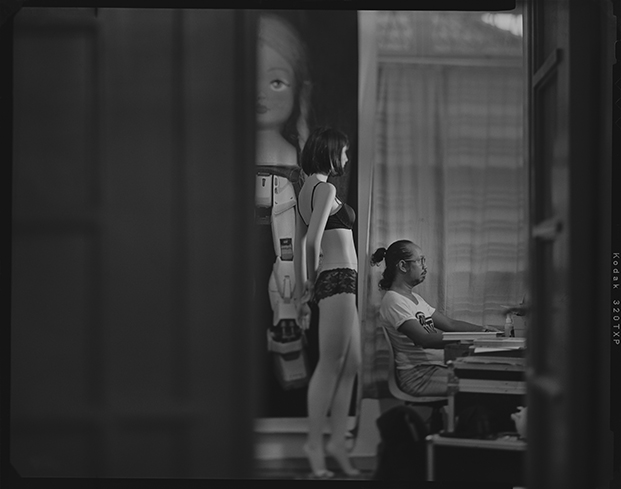 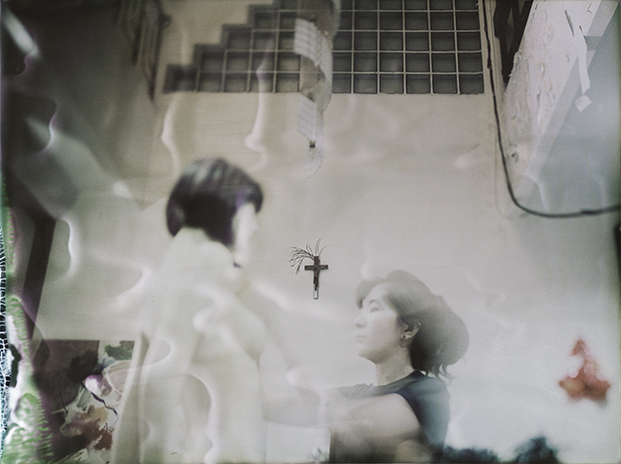 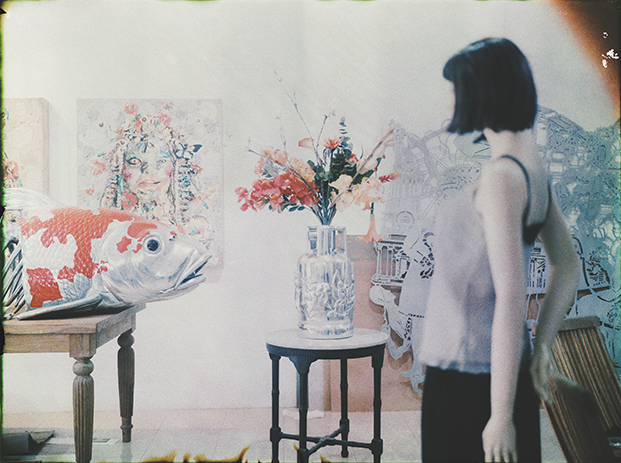 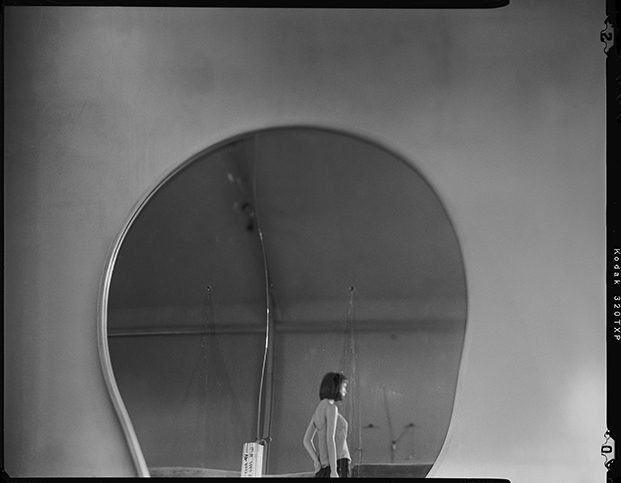 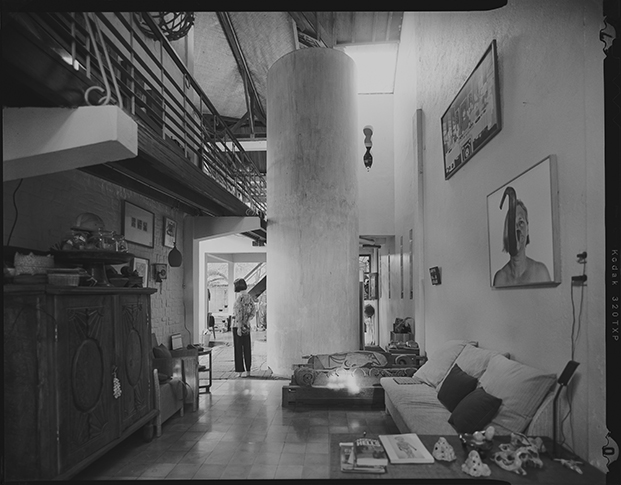 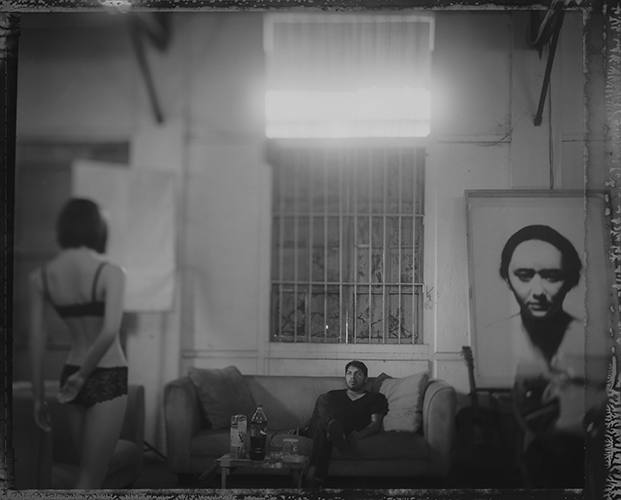 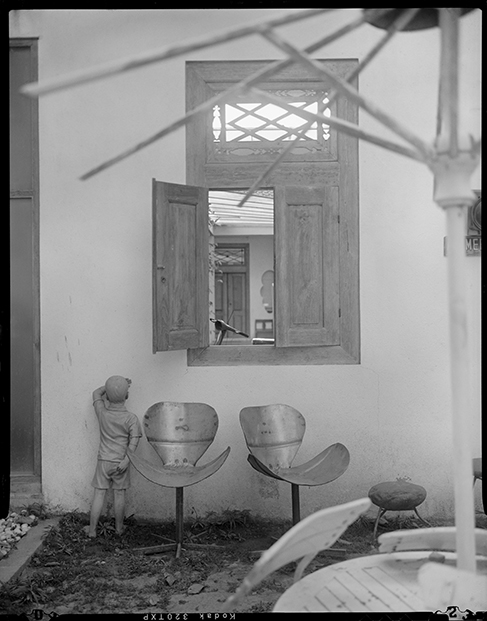 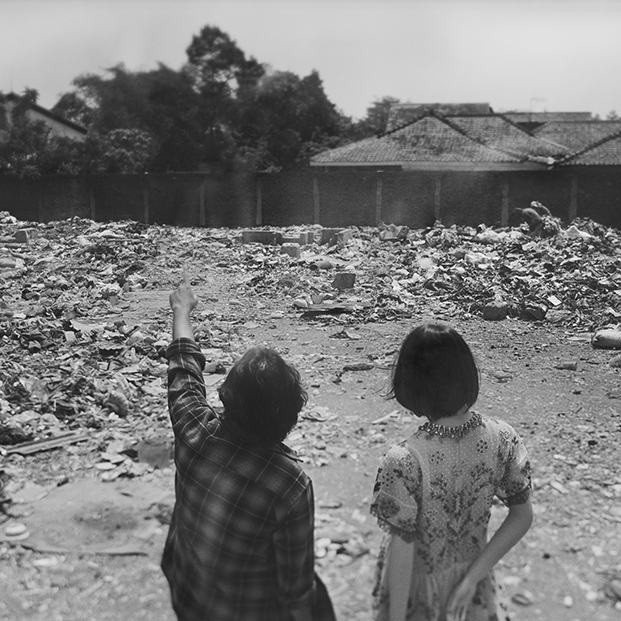 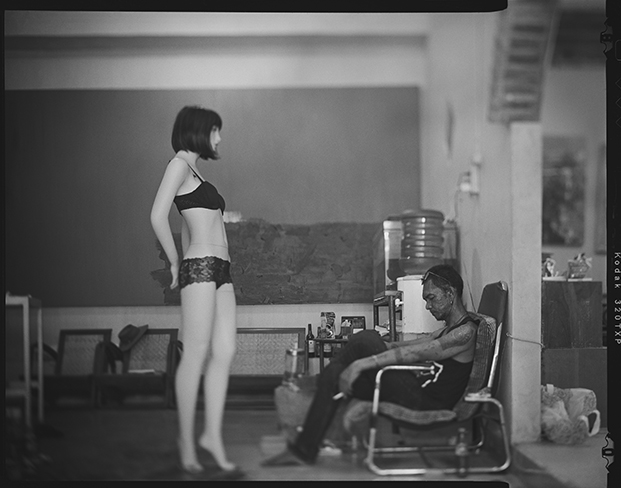 Jakarta artist and photographer Davy Linggar has been drawing and painting practically since he was a toddler. By the age of six, his trophies for drawing competitions filled his room and conversations at our family events.

Around 1998, as the only two art school geeks in the family, we started to spend more time together. Davy left to pursue a photography scholarship in Germany, and came back to Indonesia as a professional photographer. His father, my mother, and our aunt are hard-core classic painters who believe there are many roads to Rome, but realism is the holy way.

Known as the quiet one, Davy collects the subjects of his curiosity through his eyes – his observations on his surroundings. Picking up vibes and representations through gestures, facial expressions and objects.

Pretentious engagement is something he would rather avoid.

Davy’s interest in others’ creative processes and spaces brought him to this project. He believes strongly in the connection between space and soul – in his wordless way, this is an attempt to connect with the “true self” of others.

His aim is to document, to keep an honest record of souls inhabiting different spaces.

At the same time, Davy wants to feed his curiosity about the soulful artists whom he knows, and the spaces their energies inhabit . . . to observe and maybe conclude the connection between the domain, the soul, and the artworks.

The FILM exhibition is about power and space . . . the power of all 17 artists photographed.

What do the objects we collect say about us?

Are we subconsciously constructing our identities and making statements with our collections?

For FILM, Davy used four different large format cameras, among them his favorite Chamonix, which was made-to-order in China. It is made of wood, relatively affordable and light to carry around. Davy was also using different films for the different types of results that he wants. For a specific sharp result he uses negative films, which he then develops himself. He also uses black and white polaroid films as well as coloured polaroid films which he treats differently according to the kind of result that he wants, making use of both the negative and positive.