I was sure I’d walked in on a room full of ghosts – three women seated around a smouldering hearth in a sod house on Iceland’s west coast. Two of them dressed like medieval peasants, the third like a Viking princess. Hair long and unruly. Hands stained with grease and soot. Poking at the fire, chatting in old Norse. A vision from 1,000 years ago, deep and dark in the Icelandic past. No other people within sight or sound, I was alone with these eerie characters.

But just as I was about to slip out of the house and back to my car, they looked around, glaring at me through the dim light and swirling smoke.

The princess beckoned with a lanky finger.

“Of course you,” she responded in perfect English. “Don’t be afraid! Come in! Join us!” 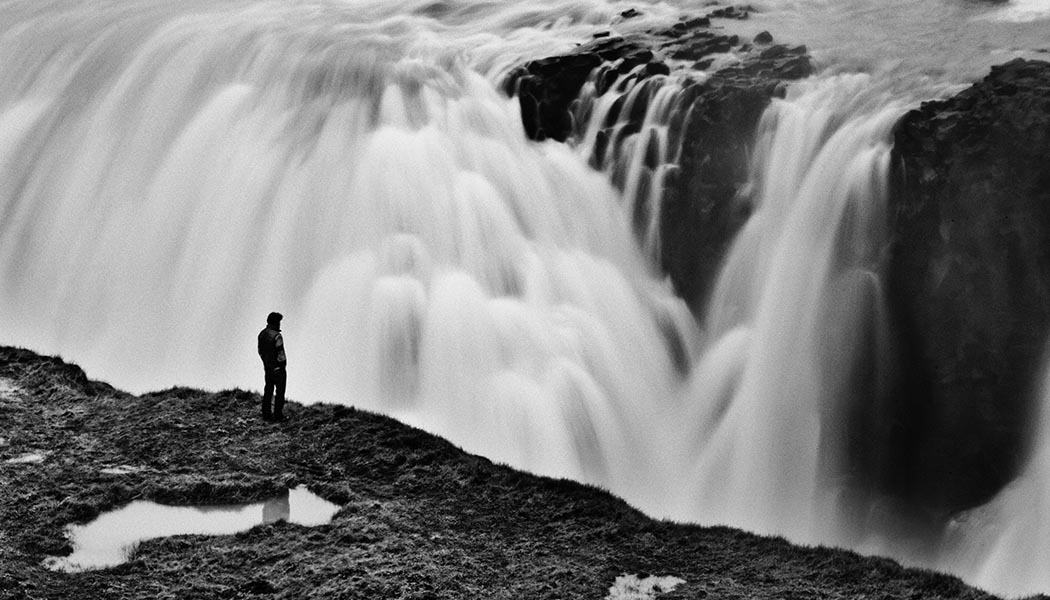 Moments later, the mystery was solved. The “princess” was Alma Gudmundsdottir, director of the local tourist office; the “peasants” were a friend and her teenage daughter. All of them were actors in the living history performance that plays each day at Eiriksstadir, a homestead in the secluded Haukadalur Valley. There, Eric the Red lived before his banishment from Iceland, and his son, explorer extraordinaire Leif Ericson, was born.

“Eric was a bit of a troublemaker,” Alma explained as we stood in front of the house, looking out across the treeless, emerald green landscape. “He was always arguing with his neighbours, probably over grazing rights. After one of these arguments, he murdered the farmer over there.”

She pointed to a farmhouse on the other side of the valley. “He was finally ‘outlawed’ after murdering two other people – meaning that anyone could kill him without punishment. Rather than wait around for certain death, he took his family and his livestock and sailed away to Greenland.” 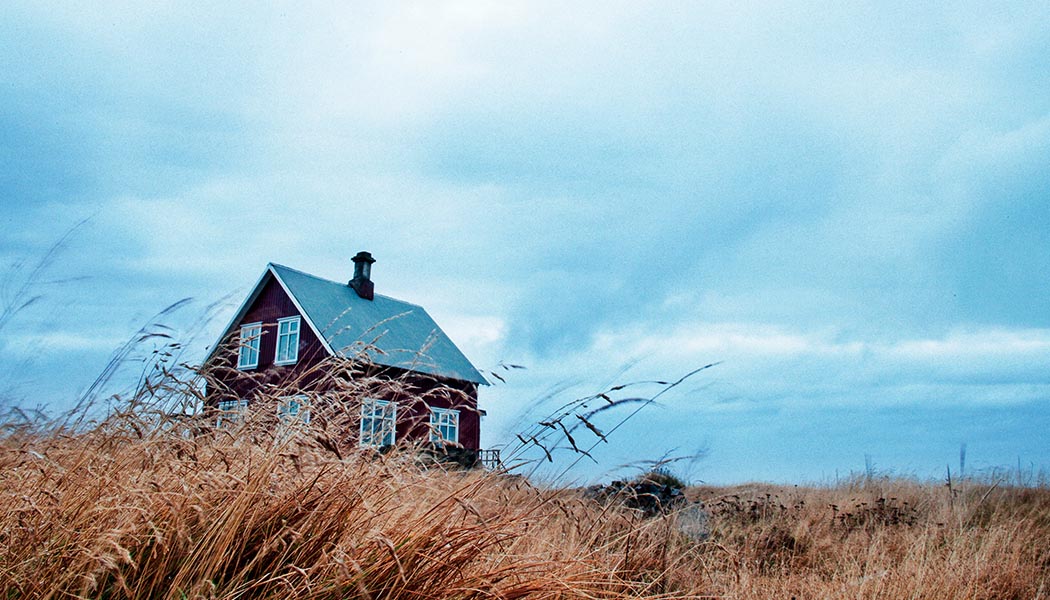 I had come to Scandinavia’s most remote country in search of natural treasure – the glaciers, geysers and lava fields that make Iceland an outdoor adventure paradise. But I also discovered, quite unexpectedly, a people who recall their rich history – replete with Viking warlords and real-life witches – as if it were yesterday.

Twelve hundred years ago, this North Atlantic island was settled by the outcasts of Viking civilization. The baddest of the bad. The weirdest of the weird. People like Eric the Red who were so radical, so violent, so off-the-wall, they were judged unfit for what was already a pretty wild society. Struggling against extreme weather and stark geography, they were forced to build a new society from scratch.

Along the way, they founded the world’s oldest surviving democracy. And in typical Icelandic fashion, they did it like nobody else before or since. Starting in 930, the island’s nobles gathered every summer at a place called Thingvellir (Plains of Parliament) on the banks of the Oxara River. During this week or two, all of the nation’s annual legislative and judicial business was conducted. 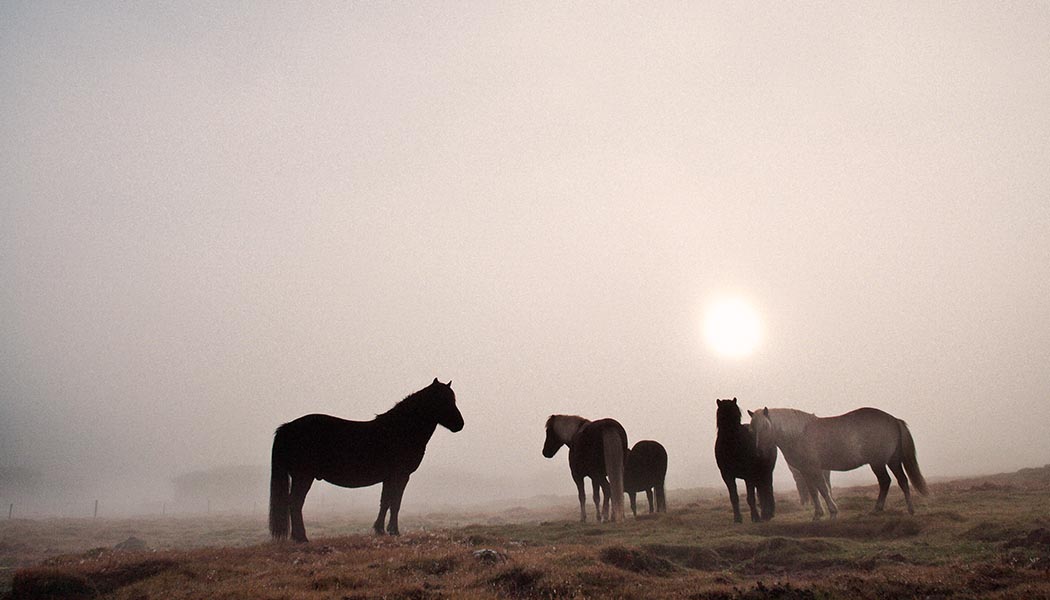 “It was more than politics,” said guide Geir Rogwaldsson as we gazed from towering basalt cliffs that mark the plains’ western boundary. “Maybe more like Woodstock. The entire nation came to Thingvellir. Peasants, fishermen, priests – everyone. Because around all of the politicking was a huge outdoor festival with music and markets, mud wrestling and matchmaking. Two weeks of extreme merriment during which people got married and pregnant and oft times very drunk.”

This summer tradition, the cornerstone of the Icelandic nation, went on until the late 18th century when the capital was established in Reykjavik. Nowadays, the plains are the centerpiece of the island’s oldest and most popular national park, a place where archaeology complements incredible geology – lava fields, glacial rivers, the country’s largest lake and a dramatic fault line that marks a sharp divide between the European and North American tectonic plates.

I uncovered more of Iceland’s offbeat history during a drive around Westfjords, a rugged peninsula that juts into the Greenland Sea and long considered the island’s most remote corner. 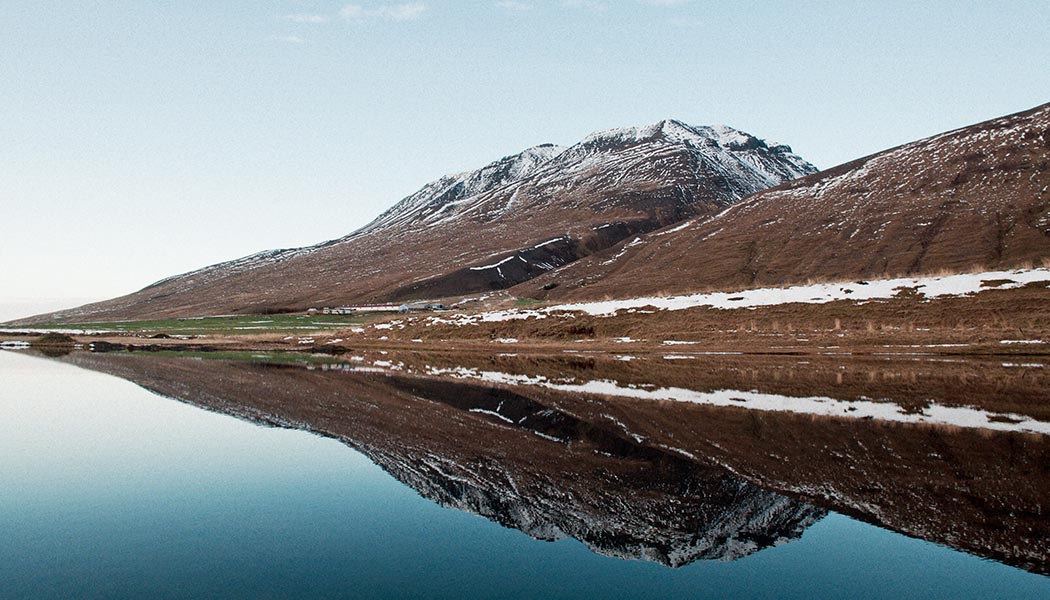 Even today there are few paved roads and just a smattering of villages. The scenery is drop-dead gorgeous – glaciers hanging above deep blue bays, puffins clinging to precipitous cliffs, long and lonely golden beaches with nary a human footprint.

But for hundreds of years, Westfjords harbored one of Iceland’s darkest secrets: sorcery. Given the area’s long winters, extreme isolation and dire poverty, locals turned to witchcraft to solve their everyday troubles. By the 17th century, Westfjords was the hub of Icelandic black magic and a backlash that resulted in dozens of witch trials and burnings at the stake.

All of this comes to life at the fascinating Sorcery and Witchcraft Museum in Holmavik, a fishing village in the sparsely populated Strandir district. Tucked into a warehouse beside the wharf, the museum explains why black magic flourished in the region and details various means by which it was practiced. 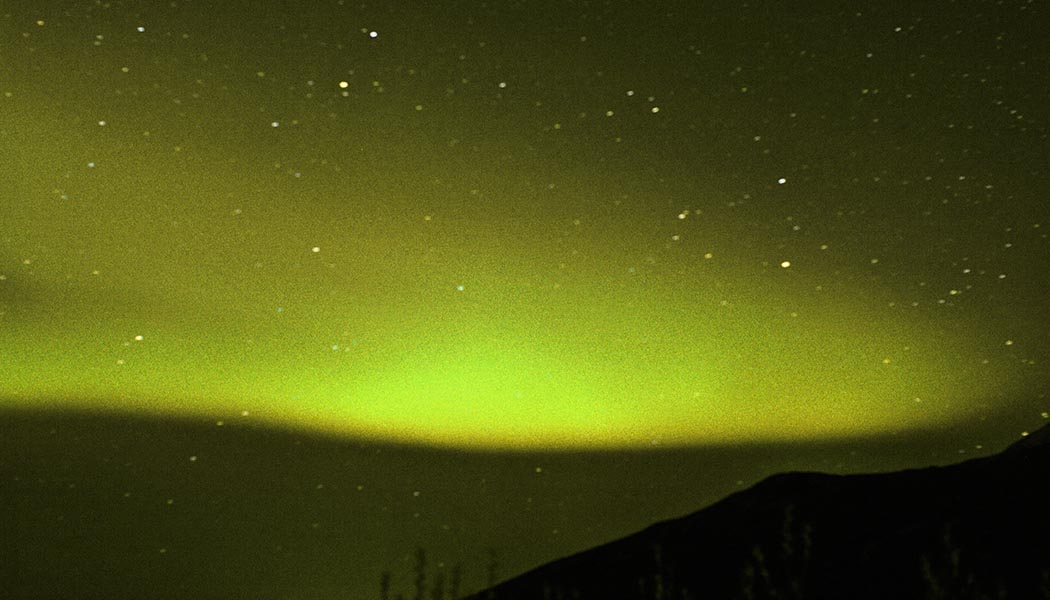 One of the most common was carving a magic symbol, the “Hulenhelmer,” onto a piece of lignite. It was then dipped in ink and pressed against your forehead as protection against enemies. But the ink had to be a blend of blood from your own finger and the heart of a living raven, mixed in a bowl with raven’s brain and pieces of human stomach.

My personal favorite is the spell for raising the dead. Start by painting a secret symbol on an oak plank using blood from the big toe of your right foot and the thumb of your left hand. Place the plank on the grave of the person you want to bring back to life. Walk three times around the graveyard church in a clockwise direction and then three times in a counterclockwise direction. 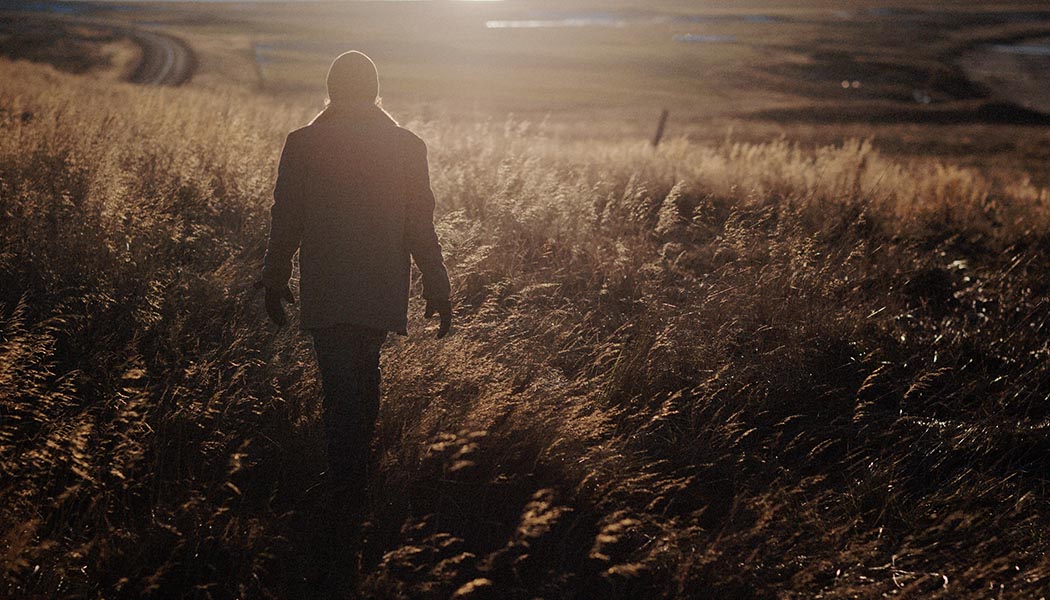 The dead spirit will then spew forth from the earth. But you must immediately snatch the zombie by the neck and squeeze until it begs for mercy. Only then will the zombie follow your commands.

On the way out, I asked the museum curator if people in Holmavik still practiced sorcery. “It supposedly ended in the 18th century,” she answered. “But there have always been stories in this area about people with special powers.”

Then she flashed a sly smile. “Nowadays, we just don’t call it sorcery or magic.” 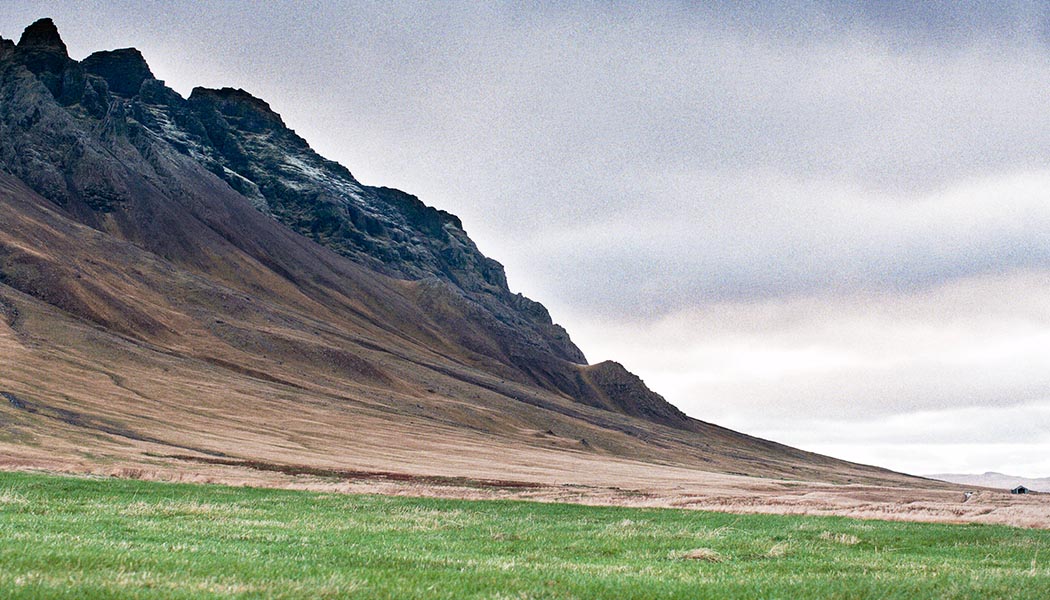 Gullfoss (Golden Falls): Spectacular double cascade that tumbles 100 feet into a narrow basalt gorge. A footpath leads to the “spray zone” at edge of the chasm. Expect to get wet.

Geysir: Geothermal spring where the term “geyser” was born. The original Geysir, damaged by earthquake and human interference, erupts infrequently these days. But the nearby Strokkur geyser spouts off every five to 10 minutes, a plume of water that rises about 100 feet in the air.

Langjokull: Iceland’s second largest and most easily accessible glacier. Guided snowmobile, snow jeep and dogsled treks available from the mountain base at Skalpanes. All cold-weather clothing and equipment is provided.

Jokulsarlon: Deep, iceberg-filled lagoon at the foot of Breidamerkur Glacier, formed since the 1920s when the local climate began to change. Sightseeing boats make frequent cruises, but the lagoon is also ideal for kayaking.

Lake Myvatn: Iceland’s equivalent of Mono Lake, rich in both rock formations and migratory bird life. More species of duck breed here than anywhere else on the planet. Numerous walking trails and hot springs within the national park that protects the lake.

Latrabjarg: Both the westernmost point in Europe and the largest seabird cliff in the North Atlantic, a spectacular 700-foot cliff that provides a home for millions of seabirds. The offshore waters are notorious for shipwrecks but are now a haven for hard-core sea kayakers.

Blue Lagoon: Iceland’s most renowned hot springs and also the most commercialised, with restaurant, gift shop and spacious modern locker-rooms built right along the shore. Best after sundown during summer “White Nights” when an eerie blue twilight bathes the entire complex.

Climate: White Nights (24 hours of daylight) last from early June through mid-July. Summer daytime highs are in the high 50s (°F) or low 60s, nighttime lows in the high 40s. Weather conditions are unpredictable: rain, sun and wind are common on the same day.