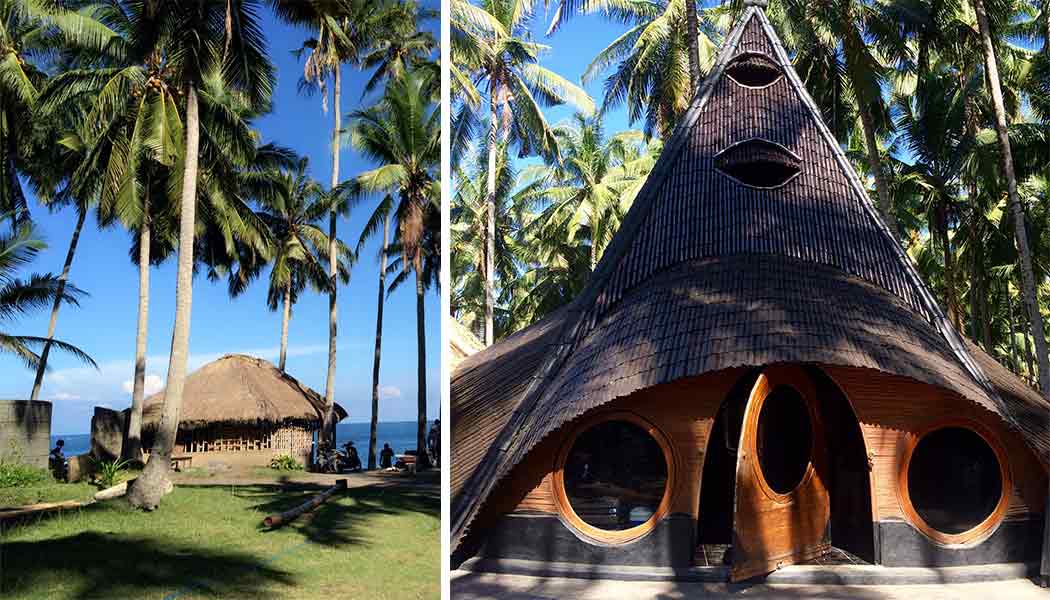 Hidden away in a quaint coconut grove along a peaceful beach in Jasri, Karangasem is a special place where bamboo structures resembling a mix between hobbit houses and tee-pees function as a quirky chocolate and soap factory. Here the founder – named Charlie – runs the operation out of a wooden pirate ship and encourages guests to have hot chocolate with the resident goose, Agus, and try the giant swing in the palm trees after a tour of the factory.

At first glance the Bali Chocolate Factory may seem like an offbeat amusement park straight out of one of Willy Wonka’s dreams, but this is no ordinary tourist attraction.

When Charlie Esposito arrived in Jasri nearly 20 years ago, he saw how difficult it was for the local people to earn a living, so he decided to help in any way that he could. Charlie noticed how rich the area was in natural resources, so he began teaching the villagers how to make organic products like coconut syrup, soap and body oil. Together they set up a profit-sharing venture called Island Mystik, which soon began generating money for the community. 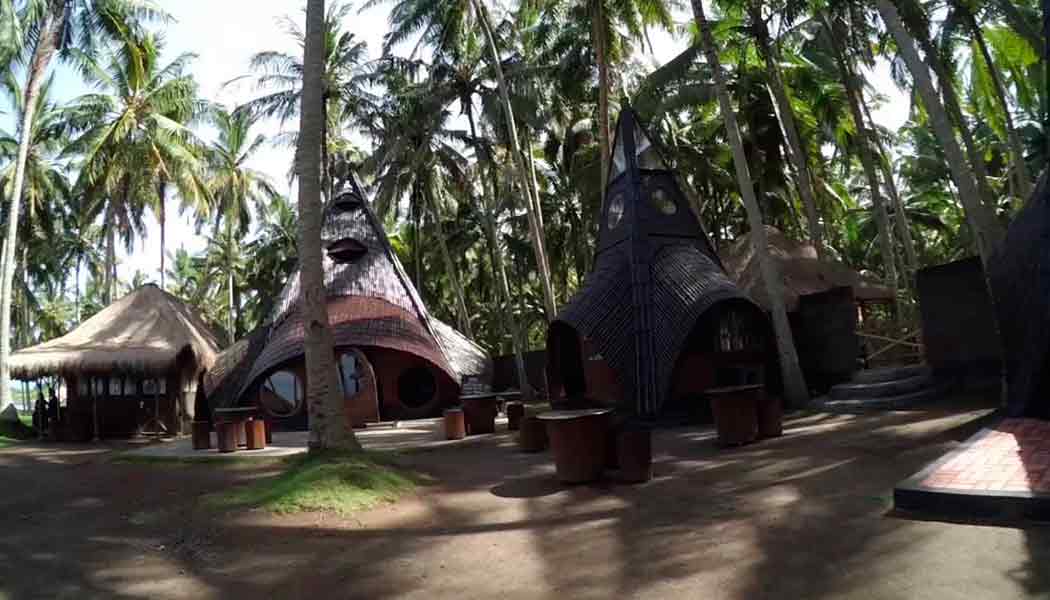 It wasn’t long before Charlie started hearing about cacao plantations in the mountains nearby. After doing a bit of research, he discovered that most of the local cacao beans were being sold and shipped off to Java and other islands, so he decided to create another venture that would create more jobs for the local community. Charlie and the villagers began experimenting with organic cold-pressed chocolate, and in 2009 Bali Chocolate Factory was born.

Today visitors are welcome to stop by the factory and see the local crew in action creating heavenly scented soaps, roasting cacao beans, pouring chocolate into moulds along with local ingredients like peanuts and goji berries, and packaging products while bouncing babies on their knees. A tour of the factory is just IDR10,000 and includes a bar of coconut oil soap. You can also buy Bali Chocolate Factory products at Bali Buda, Sari Organik, Kafe and Zula, and Island Mystik soaps at Delta and Bintang supermarkets.