Blame It On Rio

Rio Sidik is a horn player, he’s Indonesian, and he blows it like he sees it … Photos: Lucky 8.

So how’s show business?
It’s been good to me so far.

Your group, Saharaja, was a favourite on Bali but seems to have fallen off the map – what happened?
My divorce … Saharaja is coming back, single and mingle … same people and the music is our own – fusion, originals with some classic covers as well. 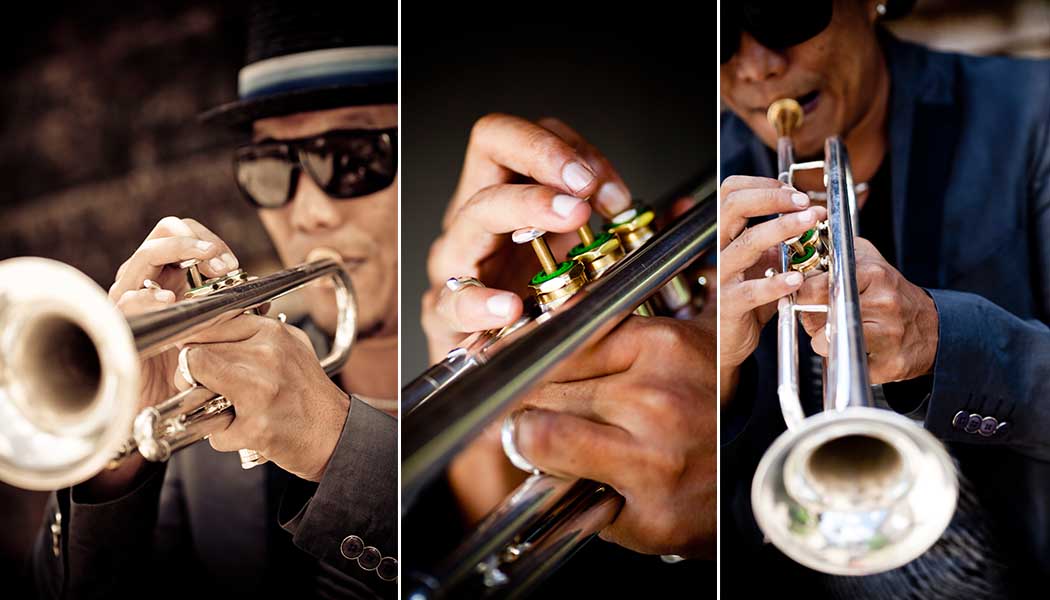 Are you writing your own material?
I’ve been writing a lot – actually 60 per cent of our stuff is original.

Was your family into music?
Yes, my mother’s side of the family … my grandfather was my biggest mentor. He is a trumpet player and he’s 75-years-old now, and has his own bigband orchestra in Surabaya. My grandmother was a singer; my mother a singer and a trumpet player; my aunt, singer and trumpet player; my uncles trumpet players; older brother trumpet player. All in the family, it’s in my blood. My grandfather was in the navy, so maybe that’s where he got the jazz bug. He brought back lots of records. I grew up with the big band sound and started playing solos and improvisations at 13 … that’s when I started playing piano. I learnt piano so I could improvise.

Did you take lessons?
My grandfather used to have a school where he taught more than a thousand students.

Does your younger brother play trumpet too?
My older brother is still playing in Surabaya and Jakarta, but my younger brother stopped and became an actor. My little sister, Marina, is a singer.

You sing as well, so I presume your mother was the voice teacher?
She taught Marina and me. 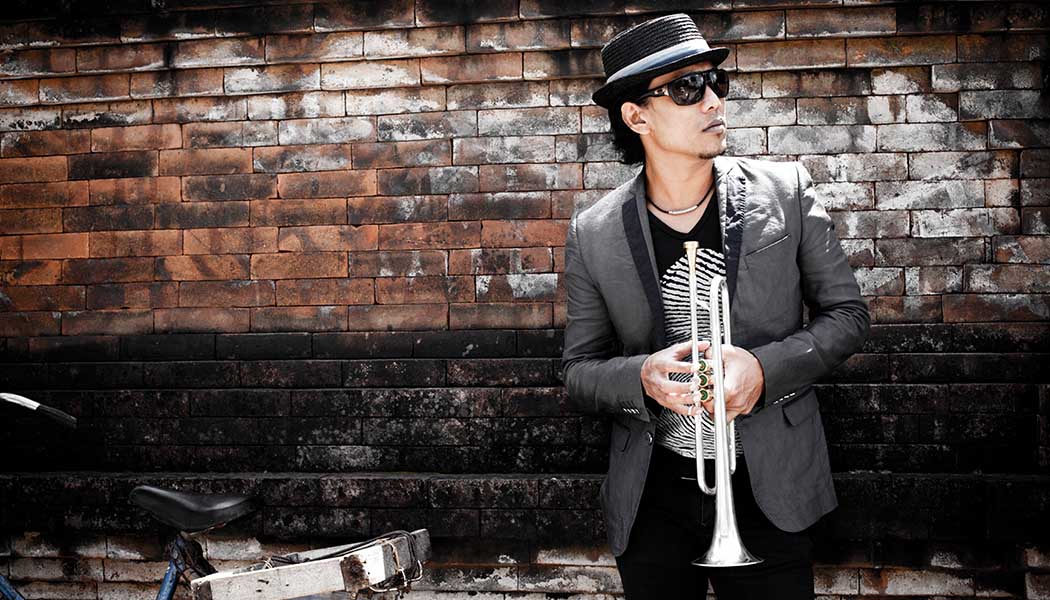 Did you ever have thoughts of ever doing anything else?
No man, since I was a kid I knew I was going to be into music.

Did you play with bands in Surabaya?
Yeah, I played with my grandfather until I was 11 … that’s when I turned professional.

At 11? Amazing… What made you come to Bali, given you were already successful in Surabaya?
I just got tired of big cities. We went to Jakarta once a month … we travelled a lot with my grandfather.

You were what they call a “trunk baby” in the show business world …
Yeah, I grew up like that, so I came here and called a few friends and just started playing.

Appears you never had a hungry day?
Yes, thank God. I used to come here when I was in high school, so I already had experience playing in Bali.

How long was it before you started the Saharaja band?
The first band I played with was called Jiwa and the Soul Train – we split up, and I moved to Australia for a while.

How was the reception in Australia?
The first month was really dry. It’s so hard over there to get through. The musician environment is really protective … they were afraid I was going to take away their gigs. I just wanted to jam and they just wouldn’t let me. I got fed up, and then I met a clarinet player … we played and he really liked me, and finally I got through with his help. Now I go back and just call them, and go play some gigs. 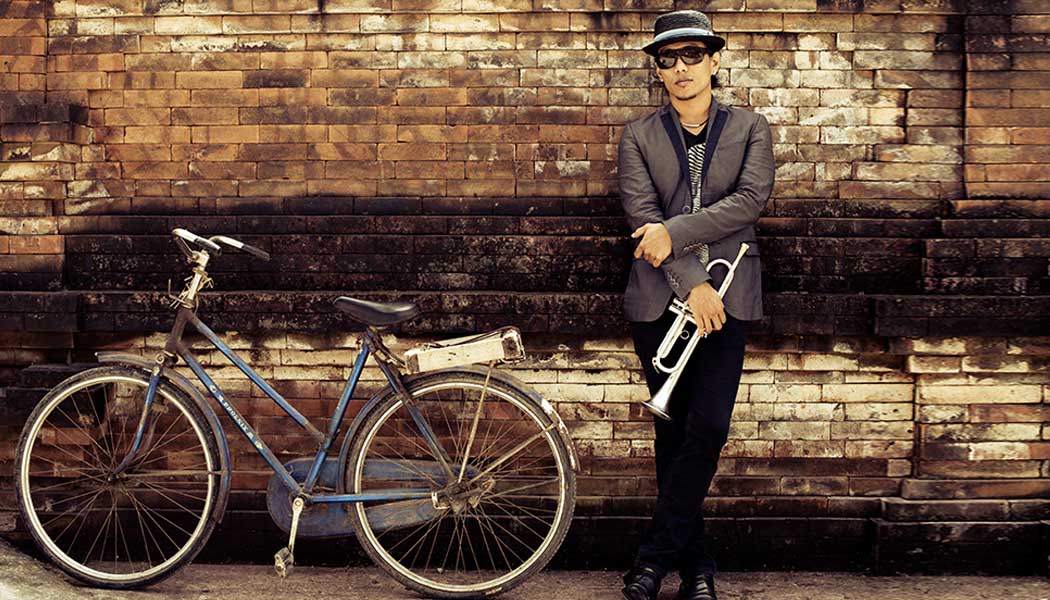 How many instruments do you play?
I play a bit of piano, I play guitar and bass; I play the whole range of brass instruments.

So you’re a one-man-band … you can actually do your own album by yourself?
Yes, I did actually; that’s what I do, produce music. Score and write music. I learned that from my grandfather as well.

Are you into recording right now?
Actually, this year I’m producing two albums; one is my own; and the other is with Julie Tamblin, who’s a singer, and we’ll be doing a duo sort of thing.

You’ve been travelling a lot this year, has that changed your attitude?
Yes, a hell of a lot. Because of these trips I’ve written 12 new songs.

You were in Russia?
I was in Moscow, and I love Moscow man; it’s awesome, they loved me there.

That’s an ego builder if there ever was one …
Without a doubt, the biggest compliment I’ve ever had.

Who is your biggest influence would you say?
Miles Davis, Freddy Hubbard, Dizzy Gillespie – I love his personality on stage.

On the rock scene, who are your favourites?
I like Guns ‘n’ Roses; the Stones; and I’m a big fan of Michael Jackson. More recently Paramour and Nico Back … oh yeah Aerosmith – they’re cool.

Last words?
Just play what you feel, show what you play – that’s what Miles Davis said. Don’t be afraid to try something new. I don’t believe in music rules.

What was your biggest compliment?
When my grandfather came here last year and told me that he was proud of me. He was always strict and never said anything like that. This meant the world to me.