Katrina Valkenburg visits the latest in a string of beach bars – Karma Beach Club – that have affected her myriad coastal meanderings. 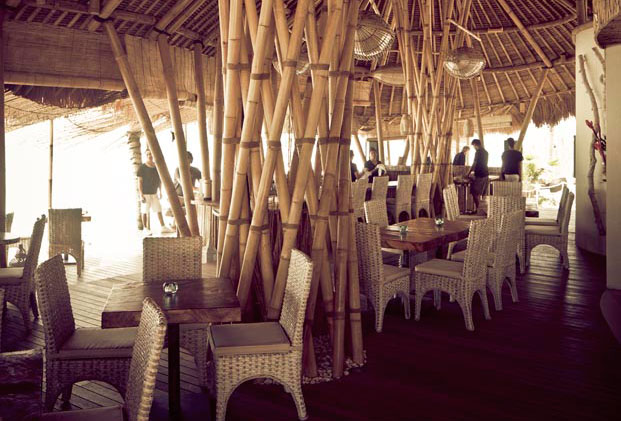 What is it about the beach that makes us all feel so much better? The sea air and salt water have therapeutic properties for sure but there’s also the feeling of sand underfoot, the smells of marine life – not always so romantic – and an innate sense that all is beautiful in the world. Whatever the reason, beaches have the tendency to allow all our woes and worries to float off in a balloon into the wide blue yonder.
And so it is that some of my most fond memories revolve around the beach. When I was young, my family used to holiday annually on an island not far off the coast of Sydney along with the same other families, year in, year out. There was only one car on the island so we ran about barefoot and fancy free investigating the rock pools (where, as we found out later, the deadly blue-ringed octopus resided), swinging on the roots of oversized Fig trees (which, we found out later, were Heritage listed), poking into holes where extraordinary marsupials lived (which, we found out later, were endangered species) and reluctantly dawdled home only after the sun had retreated and our dinner of freshly caught kingfish was served with a salad made purely of iceberg lettuce. It was simple and it was exquisite.
As we grew up, and our bedtime was extended, our beach games became a little more adventurous. One that I remember fondly (hehe) was a take on Hide and Seek, we named it Hide and Sex, the major difference being that you had to pair off and hide and if you were locked into a full-on mouth-to-mouth when caught, you were IN. This occasionally resulted in lockjaw as our hiding places sometimes took an immeasurably long time to be discovered. Innocent enough!
Later again we discovered alcohol. The older boys would somehow acquire a cheap bottle with high alcohol content and we would shimmy down to the moonlit beach and drink the forbidden liquid straight-up, sitting around a campfire telling ghost stories. This often led to inebriation and unpleasant outbursts.
Soon after, we were all grown up and we scoffed at our childish shenanigans. We were adults now and we were allowed to drink alcohol and kiss whomever we liked in public. The places that now titillated our imagination and yanked away our hard won moolah were beach bars in far-flung places around the world filled with an ever-increasing number of New Best Friends.
There was Thailand, where the local brew was sahtoh, made from fermented rice. It was cheap and palatable enough to drink enthusiastically. However, the next day was not so kind to you and it was unlikely a second night on this brew was ever on the cards.
Then there was southern India’s Feni, which has a rather distinct and sharp smell and can be identified from a distance, a little like Durian on a hot day. The less said the better. Partnered with locally grown hooch, life became exotically frenetic.
The Greek Islands too had their favourite, Ouzo, locally brewed to catastrophic proportions and mixed with anything from water to cola. The Norwegians were known to start drinking it before their plane left Oslo. Many never booked accommodation, preferring to spend their nights in an Ouzo-blur on the beach, and for two weeks of fun and game didn’t give up until they found themselves once again back in Oslo. 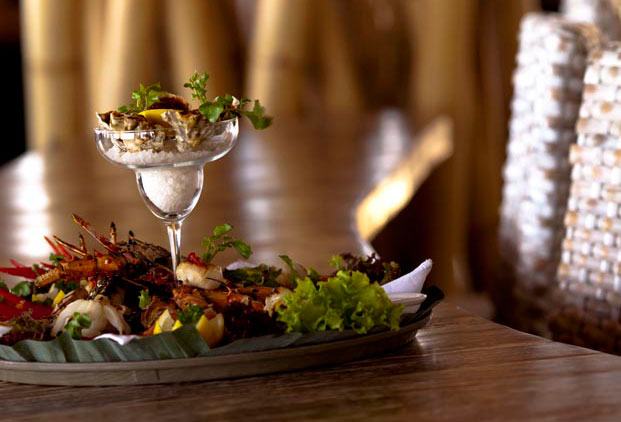 Brazil, and we’re into the very serious beach bar culture. The coastline is littered with coconut wood structures luring the uninitiated into a permanent state of euphoria with the local hooch Cachaça. Blended with limes, cane sugar and plenty of mint, this diabolical concoction is sure to bring on blindness and, if enough is consumed, utter madness.
On the beach in Sanur in the old days it was Arak that was made into a lethal cocktail called an Arak Attack and really should come with a label warning of its potential for definitive and very severe hangovers.
The years have slipped by, not always gracefully, but the beach bars of the world still hold great appeal to this young-at-heart self. For nearly 25 years I’ve been frequenting shabby yet friendly beach shacks on the south and west of Bali’s coastline to have a cold beer and watch the sunset.
Then, about 17 years ago, La Lucciola restaurant became THE place for dinner beside the beach. Soon after, The Legian Hotel was built and the little village of Petitenget was put on the map. The Legian’s Pool Bar became the ultimate place for amazing cocktails, impeccable service with a smile and a magical setting to watch the sun set in the west over the Indian Ocean.
The coolest places in Bali were heading west.
And they’re still heading west. The tiny seaside village of Batu Belig has been transformed in less than a year by a couple of newcomers.
First there was La Barca, shaped a little like a boat, that had all the attention – great position, great cocktails, happy staff and DJs spinning until the early hours of the morning.
And now there’s Karma Beach Club at Batu Belig. Made almost entirely from bamboo and its by-products, it’s a truly fabulous addition to the world atlas of beach bars. Owned and operated by the Karma Group, the concept will be emulated in other such stunning settings of Gili Meno, Fiji, Cancun and the Bahamas on an immediate rollout over the next six months.
The menu, designed by Australian chef Brad Harrison, spans breakfast through to dinner and everything in between and all the dishes are scrumptious – fresh, vital, innovative and delicious. Brilliant, thin and crispy based pizzas, Mezze plates, Mediterranean plates filled with yummy dips, hot salami, prosciutto and more. Seafood platters of delicately cooked fresh seafood and a host of other equally delicious morsels are all perfect for beachside dining.
And then there’s the wine list – superbly designed to whet your appetite and with a 16 by-the-glass option, a stand-alone for Bali’s beach bars.
Have a dip in the relatively safe ocean, lie in the sun for 20 minutes, don a kurta and retire to the shade of the restaurant and while away the hours grazing on tasty titbits, while imbibing some seriously good cocktails or wines.
Beach bars will never be the same again, the benchmark has been raised by Karma and there’s no turning back. This can only be good news for good times, and possibly not so good for the morning after. But what the hell.

Katrina Valkenburg is a wine consultant and educator. All correspondence to katrinav@mac.com