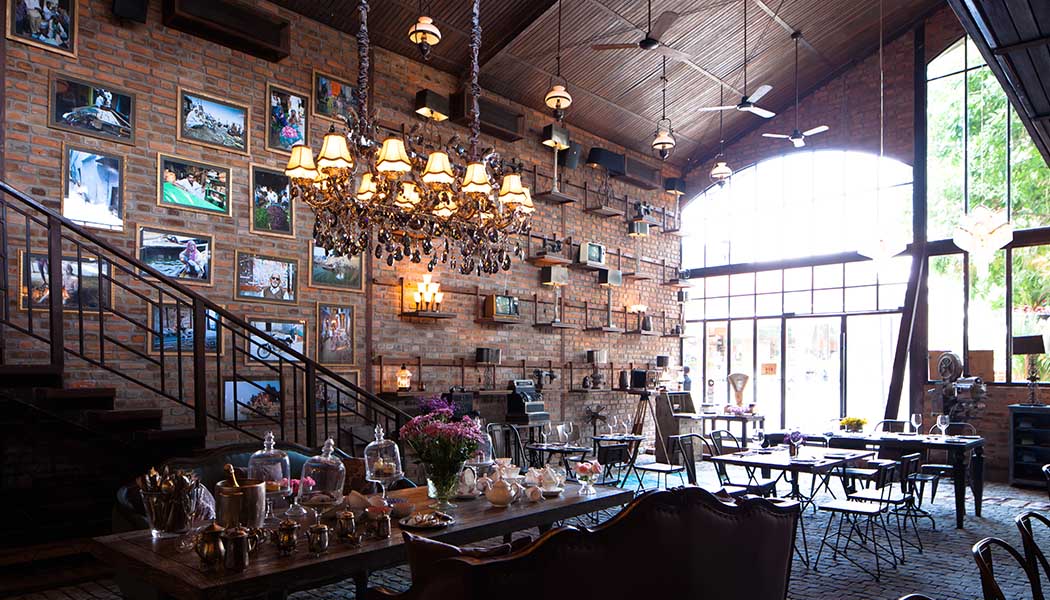 WHAT would it take for you to pack up your things and move to another country to start a business? Okay, if you happen to live in Bali then maybe you already have. But would you do it sight unseen, having never been to the country before? Blaise Samoy and Zohra Boukhari did just that. They left their lives in Belgium and moved to Bali, a place that they had never even visited. It’s been 17 years and they’ve never looked back.

Balique Restaurant in Jimbaran, not too far from the Intercontinental Hotel, Balique represents a culmination of all the couple’s experiences of life on our warm island, blended with European sensibilities. From the moment they arrived they busied themselves, first by setting up 16 room Villa Balquisse and then completed The Shaba and later Khaima Restuarant. Based on these successes, they pursued the design business for others as well – decorating, furnishing and refurbishing hotels and restaurants. This extensive experience is on display at Balique. The restaurant is filled with hand-picked curios and objets d’art, including Art Deco working wall clocks, watering cans, teapots, and an antique cash till, as well as some off-beat touches such as the display of classic old suitcases filled with authentic toys of the era. In fact, the collection of chandeliers is, alone, worth the visit. 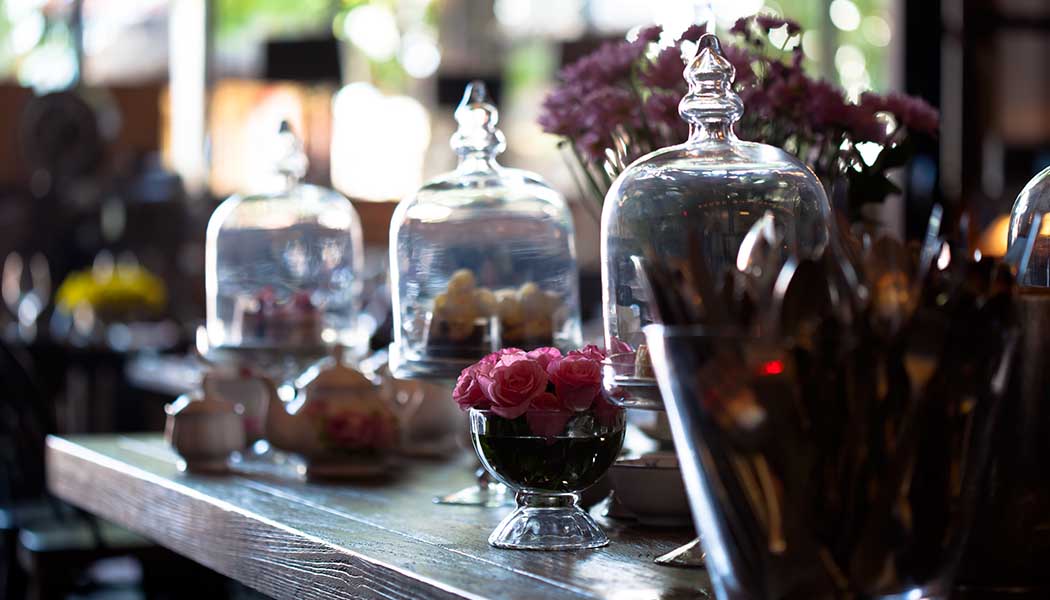 Upon entering, visitors are greeted by a traditional looking Indonesian structure, a vast open space with a high ceiling that invites one to pause, take a deep breath and absorb it all in before committing to a table. As I sat for dinner, other customers walked in and actually did just that – taking a moment to look around and acquaint themselves to this welcoming expanse.

The food at Balique is a wonderful mix of Indonesian and European. For starters, the tuna tartar here just may be the best I’ve had on the island. It’s a simple dish, but when mixed with Wakame seaweed and avocado in this delightful sauce, it becomes refreshingly alive. The service is cheerful and quick, and as the first dishes hit the table, I was still thoroughly enjoying a Coconut Bellini, their cocktail of sparkling wine and fresh young coconut.

For my main course I went for the Australian Tenderloin, with side dishes of Big Broccoli and Lemon Couscous. The steak was full-flavoured and incredibly tender. My dinner companion chose the Seared Salmon with Ginger, which came in such a picturesque presentation that it was immediately photographed and posted to Instagram. Dense, moist, it had a taste to match the visual artistry. For dessert, we shared the lemon cheesecake and the ginger Crème Brûlée, the ginger adding an unexpected hot tangy bite which completely cleansed my palate. 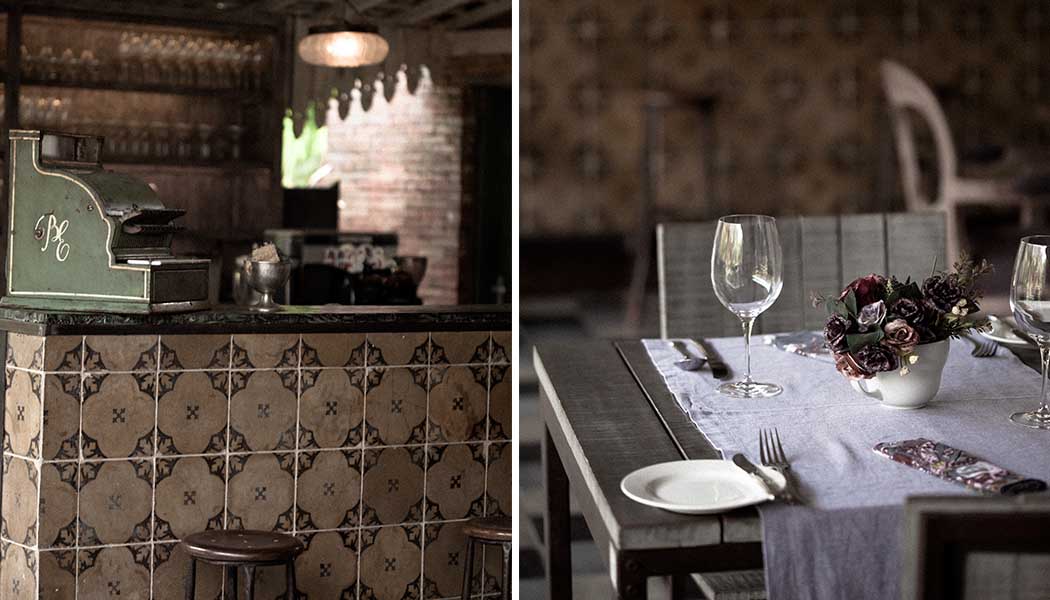 Over an after-dinner cappuccino, while enjoying the modern music selections of jazz, soul and cutting-edge lounge playing in the background, I heard more of Blaise and Zohra’s fascinating story. It began when he and Moroccan-born, Zohra, who had only very recently married, packed up and moved to Bali, encouraged only by some random enthusiastic reports from others who had mentioned that people in Bali were nice and that there were lots of things to do on the island. After years of completing their own projects as well as designing other people’s dreams, they still relish each opportunity to live their own — to design a space from scratch exactly the way they want it. This experience is something akin to what is sought after in the film industry, the “Director’s Cut.” Zohra reflected that this comes from a passion to designing spaces that they themselves just love to be in. Their ultimate joy of life is hosting others and seeing people happy.

“The great satisfaction we had in making our own restaurant was to create a concept from A to Z without restrictions,” says Blaise. “We believe that the décor, the menu, the wine list, the uniforms, and the music are all part of a place. Being able to finalise our concept rather than stopping at just the décor was immensely satisfying.” 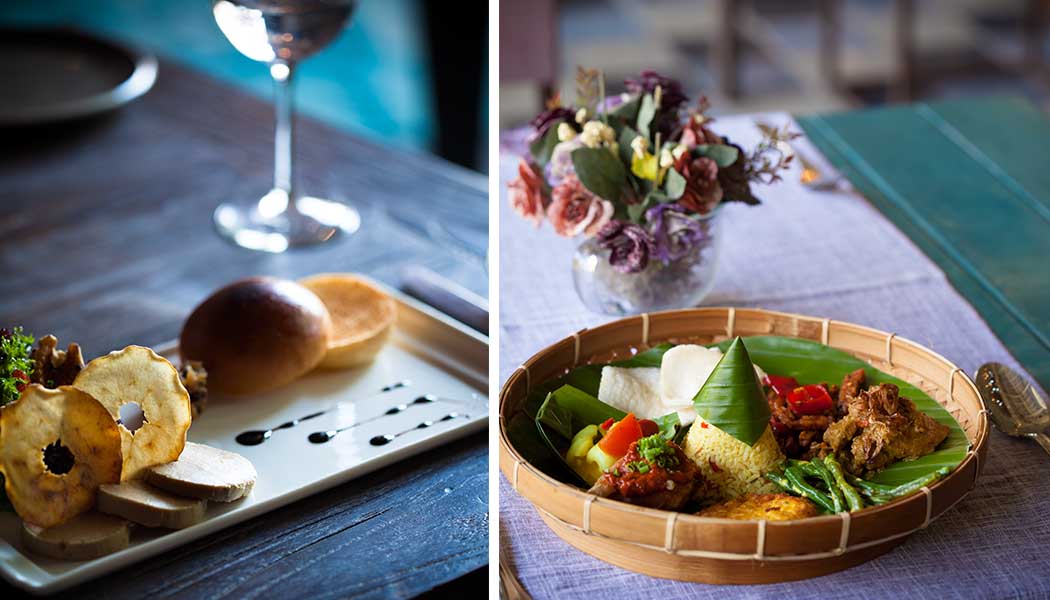 And what they’ve created is truly a delight, both expansive and warm, in true Indonesian style, but with a unique take that showcases their Moroccan and European roots. The name Balique captures the spirit here perfectly – conjuring up “unique”, “antique” with an open-air Bali concept. They did, however, come by it more honestly – their daughter’s name is Balquisse which inspired them to call the restaurant, Balik, Indonesian for “return”, and then, just like they did with the eatery itself, gave the final name a French twist.

BISTROT, the latest restaurant entry in the heart of Seminyak on Oberoi Street, presents the diner with exactly what its name implies – a vintage Parisian eatery serving good home style food without the to-do of a formal establishment. It all takes place in a beautiful converted warehouse that resembles a refurbished European train station, incorporating a style straight from Soho.

The Soho look, which has its roots in New York’s south of Houston Street area was the center of a design revolution in in the late 1880’s when Iron began being used as a building material. This allowed enormous windows and high vaulted ceilings to be shaped into factories. Later, after the textile industry moved on, the area became a slum referred to as ‘Hell’s Hundred Acres’, only to rise once again proving true the axiom, “one man’s loss is another man’s gain”, as artists and designers flocked there to convert those high-ceiled buildings into lofts, clubs and restaurants.

Bistrot Restaurant, holds to this industrial style, accented with a brick wall and finishings like old sewing machine tables, antique lamps, all the while moving towards a theme, which the owners refer to as an “adult fairytale”. This installation is brought to us from husband and wife restaurateurs and designers, Blaise Samoy and Zohra Boukhari. As Blaise tells it: “We fell in love with the volume of this space. The mezzanine is amazing because we could see the high roof as soon as we entered. The old paved streets of Paris inspire the floor. We also pay tribute to Indonesian heritage with antiques gathered over the years from across the archipelago. The final result is a blending of old Soho warehouses and factories with a railway station.” 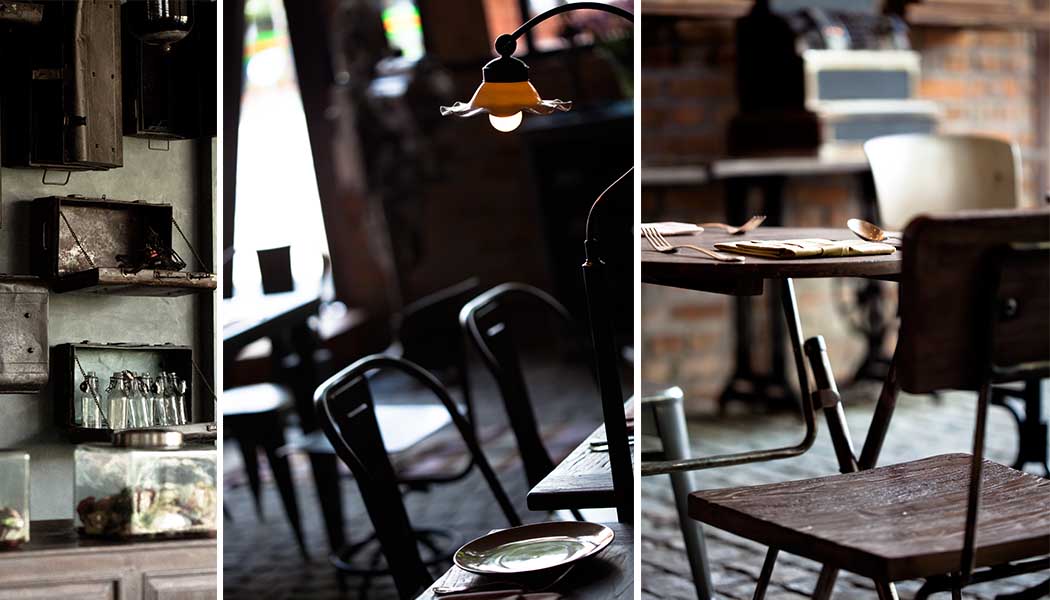 The couple is also behind the restaurant Balique, opened a year ago in Jimbaran. Whereas Balique is in open concept, Bistrot is completely enclosed and air-conditioned. It’s set back just far enough from the street to make it a welcome escape from the heat and noise of the busy neighbourhood. There’s a touch of fun everywhere you look including the drinks menu, which offers up an array of sparkling cocktails. I chose the Mojito Royale from the likes of a French 75, Honeysuckle and Kir Royale. The wine list also contains excellent choices from around the world, with many in the $40 – $50 range.

For starters we chose the Lobster Bisque and the Fois Gras Terrine. The Foie Gras is homemade in the Bistrot kitchen and I learned something here. Having never looked into it, I had always just assumed that a true foie gras, as opposed to a paté, was only ever prepared pan-fried. However, Foie Gras Terrine, although resembling a paté in look, is actually slow-cooked at a low temperature in an earthenware terrine mould, which is placed in a bain-marie. This I found out is the ultimate, purist experience of foie gras, as there are very few ingredients to distract from the flavour, and allowed me to savour the rich, buttery taste. Continuing with the appetisers: half-a-dozen fresh oysters were served with a Vodka Relish and lemon – a topping that made each mouthful very clean-tasting.

For a main, I went with an off-beat choice for a bistro and selected the Singapore Laksa, a spicy noodle seafood soup. Laksa had its beginnings as a street food in the nearby city-state and it’s such a personal favourite of mine and a rarity in Bali that I never pass up the chance to sample it when I can. On the menu there is, of course, a great mixture of seafood, meat and poultry dishes. There’s a Bouillabaisse, Slipper Lobster, Duck, and Lamb, as well as some great steaks for meat lovers.

Bistrot’s Executive Chef is Yehudi van Meckeren. Yehudi began in the kitchen at 15-years-old due to his father being in the restaurant business. A native of Bruges, close to the Belgium coast, he worked at various seafood restaurants in his hometown before settling in Bali five years ago, and taking up positions at some of the top restaurants here.

When I asked Blaise about the differing challenges over the years between working as a designer for hire, running villas and as a restaurateur, he replied that for an eatery it is coming up with the right team, a great chef, good hospitality and service. “It’s a bit like a puzzle,” he says, “everyone has to find his place.” After a relaxed and enchanting evening at Bistrot, it’s easy to see how the pieces of this puzzle have been fitted together exactly as they were meant to be.

Also be sure to take note of the events coming up at Bistrot over the holidays, including a St. Nicholas kids’ party, a Baroque themed Christmas Eve dinner with food and wine pairings and a Christmas Day brunch.