A banging book project by photographer Fiorenzo Nisi is set to document Bali after dark – and after hours. He spoke to Tony Stanton. 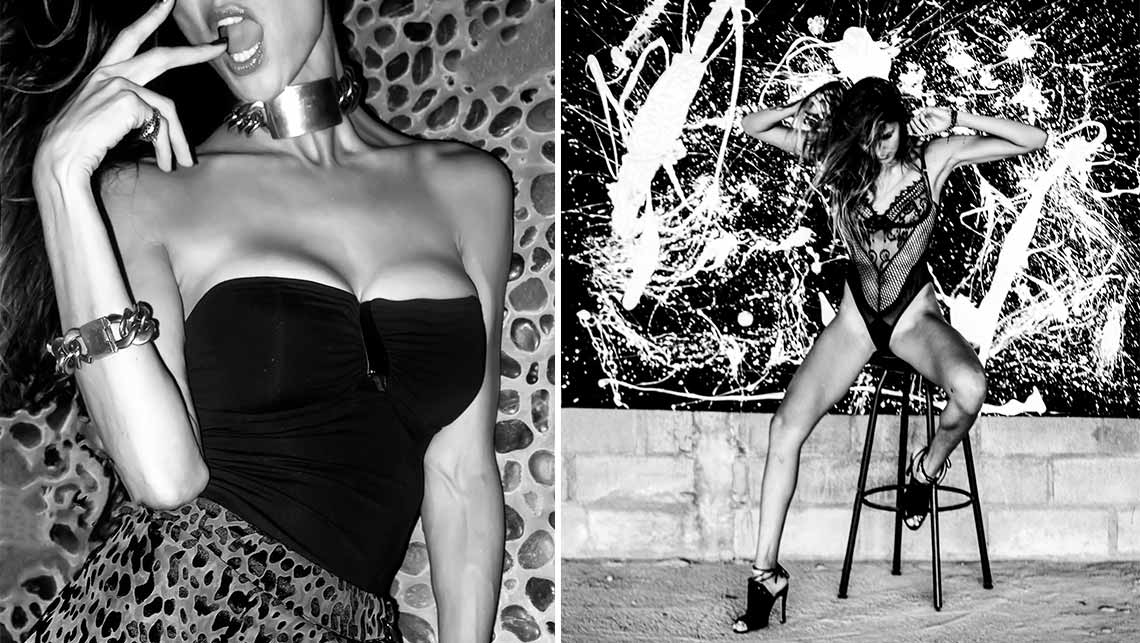 Fio, you’re well known to us here at The Yak of course. Tell us something about yourself we don’t know.

First of all I would like to thank you all at the magazine for your support over the years. It was a great honour for me to have been nominated as one of the Photographers Of The Year at the recent Yak Awards, and to be nominated together with such great talent. And to answer your question … I have a secret dream to become a film director and write a Fellini-esque movie. And to publish a very special book.

Ok, tell us about the book…

When I was living in NYC I loved how great photographers like Roxanne Lowit became candid witnesses to the social and party life that surrounded them. I have shot the scene here in Bali for 15 years, right from the early (and rightly legendary) bikini and white parties at Ku De Ta to the opening of W Hotel to Omnia in Uluwatu . . . not to mention the big parties in Singapore, KL and Thailand. In this age of social media and insane picture traffic I thought it would be a good idea to create a coffee table book as a cinematic storyboard of dynamic photos that capture the fun and sensual energy of the parties I’ve covered. And maybe to include some of the more decent images from the after parties too, lol. I’ve been part of the crowd for a long time, and this has given me ‘access all areas’, if you understand me. In a nutshell this book is about the joy of life when you dance like nobody is watching. So that’s basically why it’s called Bali After Hours …

What was it like moving from New York City to Bali back then . . . it must have been a huge shift.

NYC was like being in a movie, frankly. New York was so amazing in the ‘90s. Crazy fun. I met so many great people there, including Mad Mark Baker . . . we were known as Double Trouble . . . enough said. And then when I arrived in Bali in 2001 after 20 years in big cities (Milan, Miami, NY and LA) I imagined life here would quickly become a boring affair, but it never did. Bali has the most interesting and cosmopolitan world of party goers I have ever seen, certainly more so than any other tourist destination I’ve experienced. Since those early days the island has become even more international with a younger and sexier crowd of interesting people visiting from all over the world. Yes of course there are infrastructure problems but the party scene here remains world class and just keeps growing.

Given the subject matter, and the obvious undertones, how do you think this book will go down with the #metoo gen?

I always strive to portray the beauty and sensuality of women and men of every colour and sexual orientation. I’m making a book to entertain and have no intention of exploiting anyone, that’s why I am seeking a consensual release from all the subjects involved. I also have two writers who will work on the project, my dear friend Taro Joy and the lovely Simona Sparaco … so we’ll have a perspective from both sides of the wardrobe, so to speak.

This book will represent your work from the last two to three decades. There must be quite a few images you can’t or won’t be able to fit in? How will we be able to see those?

Yes there are some beautiful moments that are just ‘For Your Eyes Only’, but sometimes it’s better to keep those in the vault of your own memory. They won’t be in the book.

Do you think it’s fair to say this book will be like a diary of your days and nights?

My working nights, yes. Until sunrise.

How do you get people to be so comfortable around you, especially late at night when you have a camera to hand?

I think it’s because they know my style and they know they will look great in the pictures . . . but it’s about trust of course. People, friends, they know I won’t post the images anywhere without their consent. I’ve been shooting photos and film now since 1996, and no one has complained so far.

So you’ve never had one of those calls in the morning from someone concerned that they went too far the night before?

Ok. You’re having a dinner party, a final hurrah, and you want to shoot something new for the book’s second edition. Who do you invite?

Definitely my besties from RE-SET crew . . . they are always great partners in crime for a successful dinner party. Adrian from Tropicola and his fam – he’s a riot of fun and a true gentleman – and some of my close friends from Singapore. You know who you are!

Who did you NOT shoot for this book?

Anyone with a grudge. Anyone who didn’t pay their bill.

Who will you dedicate it too?

To all the open-minded friends that jump in front of my lens on the dance floor.

Where will we be able to buy Bali After Hours, and when will it be available?

We are dealing now with the publisher to finalise distribution in the region and we are also thinking to print a very limited supersize signed edition for private purchase only.

If an alien came to earth and flicked through the book, how would they describe it? In a few words…

“Why wasn’t I invited to the after party?”

Fio, good luck and thanks for your time.

Don’t Look Back In Anger