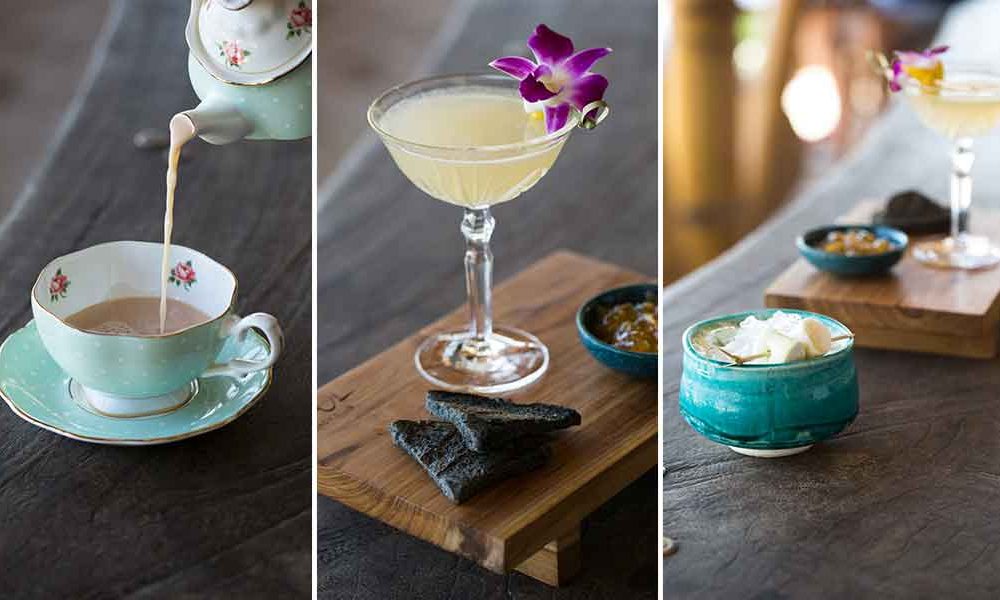 Drinks in the afternoon? In a tea cup? Ok then. Photos: Lucky 8. Words: Ondy Sweeting. 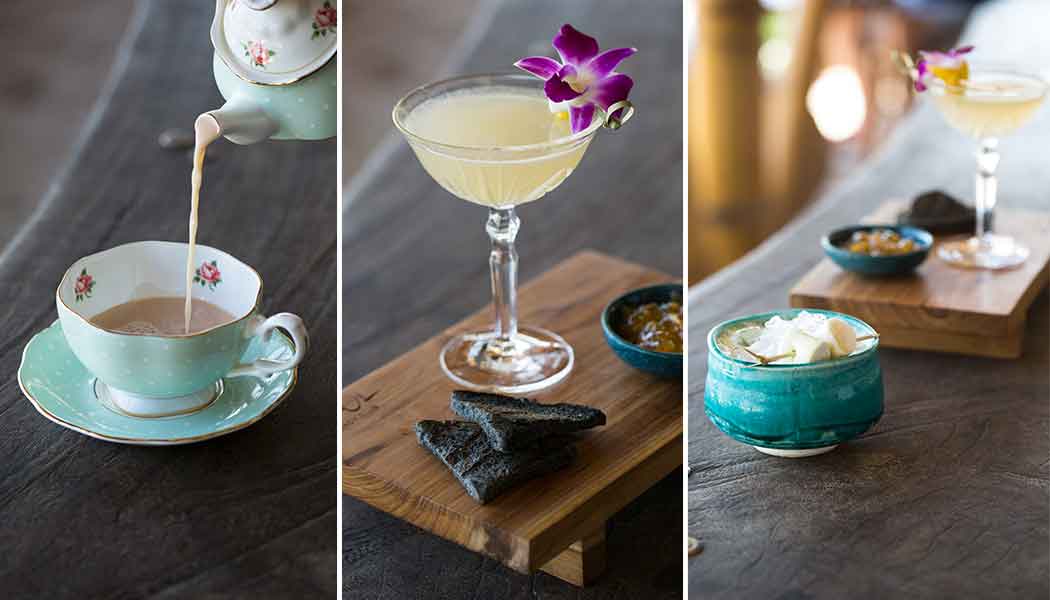 Whipping a magical watch wielding rabbit out of the hat is a daily event at Azul Beach Club’s Tipsy Tea party.

Six bespoke cocktails have been specially created to pair with dainty snacks, edibles such as smoked salmon sliced with dill, toasted crab and prawn sandwiches and a twist on the French favourite croque monsieur.

‘Pearl of the Orient’ is a sweet cocktail take on Hong Kong pearl tea but madwe with Baileys, cinnamon infused syrup and rose syrup – but best of all it is served in a pretty split Royal Albert tea pot and cup designed by actress Miranda Kerr. It even looks like classic English breakfast white with a splash of milk but the flavour is distinctly exotic, a little sweet with a kick from the Baileys

The G & Tea is made with house prepared tonic water, gin and cinnamon infused rum while the Bali Tea Fiti is a mix of Indonesian black tea, vodka, cinnamon infused rum, passion fruit and pineapple juices and finished with a slice of dehydrated orange. It’s light and fruity and perfect with scones.

Another wonderfully exotic number is the Matcha Tai cocktail and a tangy and tasty star blended from imported Matcha latte with lemon, pineapple and spiced rum. It’s served in the style of a traditional Japanese tea ceremony but in a big purpose-made cup.

The kitchen has put its Mad Hatter’s creative apron on to present a box of goodies including a cognac and chocolate praline lollipop, a soft meringue on a stick, a tiny classic tiramisu and a raspberry and chocolate mousse macron stamped in gold.