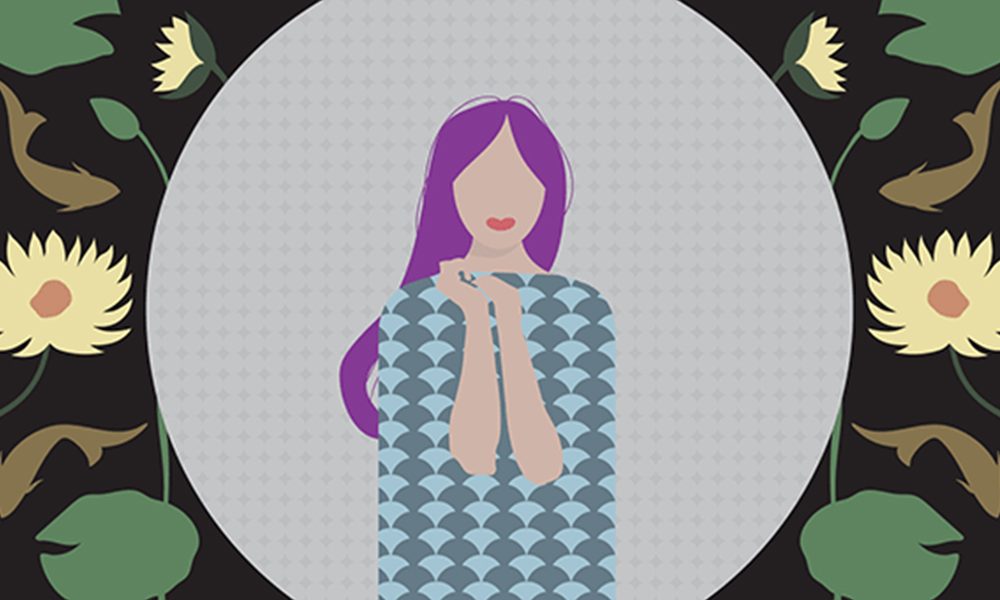 Astrologer Dallas Kalmar hits the charts to put your life in perspective for March, April and May. 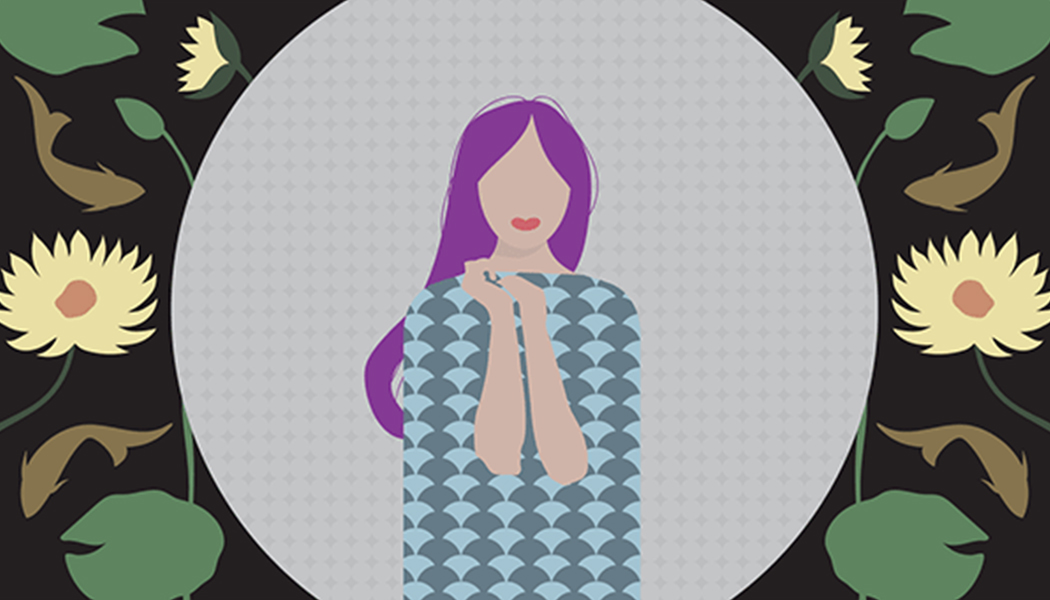 “Here comes the sun…” With a rare two full moons igniting your partnership house on March 20th & April 19th, you can expect to seal a deal in love, business or both! Refer to September of last year for clues about how this will unfold. On April 5th, the Aries new moon acts like a cosmic reboot for any areas in which you’re feeling stagnant. Set those intentions, then feel your way to real. When Venus saunters into your sign on April 20th, you’ll be dripping with personal magnetism and – if you’re single – perfectly postured for romantic wo/man-ifestation.

“Running on empty…” On March 28th, Mercury’s forward motion in your social 11th house of technology and networking couldn’t come fast enough, especially with the hurry-up-and-wait energy you’ve endured around a passion project (and the communication fires you’ve had to extinguish in the interim). A rare duo of Libran full moons light up your house of work, routines and health on March 20th & April 19th, which could spell adrenal fatigue if you’re not careful. Lay off the caffeine and sugar, especially in March while energizing Mars calls on your sign. The Taurus new moon on May 5th heralds your own personal new year, which is full of promise – don’t waste it because you’re catching up on sleep!

“Stop in the name of (self) love…” March finds you contemplating your career or calling – where you may have been derailed, and how to get back on track. With Mercury shaking up your 11th house of networking and the full moon fois deux in your creative/rewarding 5th house, have no fear about getting clear on (and expressing!) your innovative ideas come mid-April. Tap into the energies of the Taurus new moon in your house of healing/closure on May 4th by putting yourself under self-care arrest: escape your inbox, rest up, practice forgiveness, and (as Taurus rules the throat) – speak your truth. Easy does it.

“Baby, come out of your shell…” The new moon on April 5th activates your career house for the next six months, dangling yet another dream opportunity for the taking (or this could be a carryover from one you envisioned last month). Ample cosmic assistance arrives to see it through, when energetic Mars bounds into your sign on May 15th. As Mars is the planet of action, passion and sometimes aggression, your ambition returns – and so does your libido! When the Scorpio full moon illuminates your romantic and creative domain on May 18th, it could give you the courage to make a sultry first move – or an overdue assertion of personal power by expressing some repressed feelings.

“All we need is just a little patience…” As Mercury does the electric slide through your 8th house of desire, intimacy, joint ventures and investments for most of March, take heed: like applying hand cream whilst driving in the fast lane on a busy highway – it (most likely a potentially fatal attraction or formal agreement to be signed) can wait. All of these issues will be better informed by late April, courtesy of a second full moon in your communication house on the 19th. Until mid-May, Venus in Aries encourages all things unconventional in romance – whatever you’d usually do, try the opposite!

“With my mind on my money and my money on my mind…” Your earned income sector is all kinds of lit up in March & April. With two full moons there (the first on March 20th, the second April 19th), dividends abound after a labour-intensive six months – and possibly even a windfall (just don’t spend it all on gin & juice). However, with sleepy Mercury riding the bull in your partnership house for most of March, this payout comes with a penultimate test of your faith and patience. In negotiations, unforeseen delays can benefit you, so use this period for review and necessary revisions.

“You’re all I need to get by…” Like it or not, the spotlight is yours for the taking – not once, but twice – as a rare duo of full moons in your sign roll out the red carpet on March 21st and April 19th. A once-ethereal idea or unfinished project gets the cosmic green-light, as long as you strike a healthy balance between ‘me’ and ‘we’ in a team situation. On April 5th, the Aries new moon in your partnership sphere offers a cosmic clean slate in love and business. Healing Chiron also here could catalyze a sudden urge to merge – or detach with love – over the next six months.

“Running on empty…” Expansive Jupiter in your earned income sector has resulted in a ‘do now, feel later’ cadence since November, but with two consecutive full moons beaming in your 12th house of healing and closure, March and April should find you donning your Greta Garbo more than usual. It’s time for balance: diarize your downtime, and release whatever you’ve managed to suppress (deep down, you know what that is … ‘clean-up on aisle me, please!’) – perhaps with the help of a therapist or energy worker. That way, your tanks will be full in time for a transformative month in relationships after the full moon illuminates your sign on May 18th.

“Should I stay or should I go, now…” Since November, the pace has quickened and you’ve enjoyed a lot of cosmic liberties – luck in spades and the confidence to match. When Jupiter (your ruler) reverses for four months on April 10th, you might feel like your luck has run out (it hasn’t). In March and April, two consecutive full moons in your 11th house of teamwork could prompt you to challenge a project’s makes-the-dream-work capacity, so you’ll need this comparably quieter time to scrutinize, identify and take advantage of the opportunity (or dodge the headache) being presented to you. May 4th’s new moon offers a new beginning in your work life.

“Taking care of business…” With Mercury wreaking havoc on your communicative, technological 3rd house for most of March, you’ll need to devote extra time to precautionary measures. Back up those files, reconfirm appointments and travel details, take pause before signing anything or hitting “send” on electronic messages. On March 28th, Mars ignites your organization zone until May 15th, driving you to streamline your life and tackle any unfinished business – all this in preparation for the (second) Libra full moon in your career house on April 19th, which might set your loftiest professional missions in motion.

“Stars when you shine, you know how I feel…” March kicks off with a beautiful bang as Venus graces your sign until the 26th. Be it turning heads or attracting life’s unexpected luxuries, you’ll have plenty of reason to be out and about (and sizzling from within)! Careful though: with Mars in your fertile 5th house until May 15th… well, need I say more? The new moon on May 4th falls in your house of home and family. If you’re looking for a new home or just to spend more time with loved ones, you’ll have ample cosmic support now, but remember: ‘Om’ is where the heart is.

“So call me, maybe…” Happy solar return, Pisces! Your first gift will be a new moon in your sign on March 6th, turning the soil for you to plant your seeds of desire (and hopefully harvest six months from now). A full-moon double-header in your eighth house of intimacy and joint finances sounds the call for some romantic decisions and fiscal due diligence. Give yourself (or someone else) the space to feel more clearly, be it in love or money. By the time Venus flutters into your expressive 3rd house mid-May, you’ll be feeling extra sensitive-yet-centered and ready to let ‘er rip – with your usual brand of grace, of course.