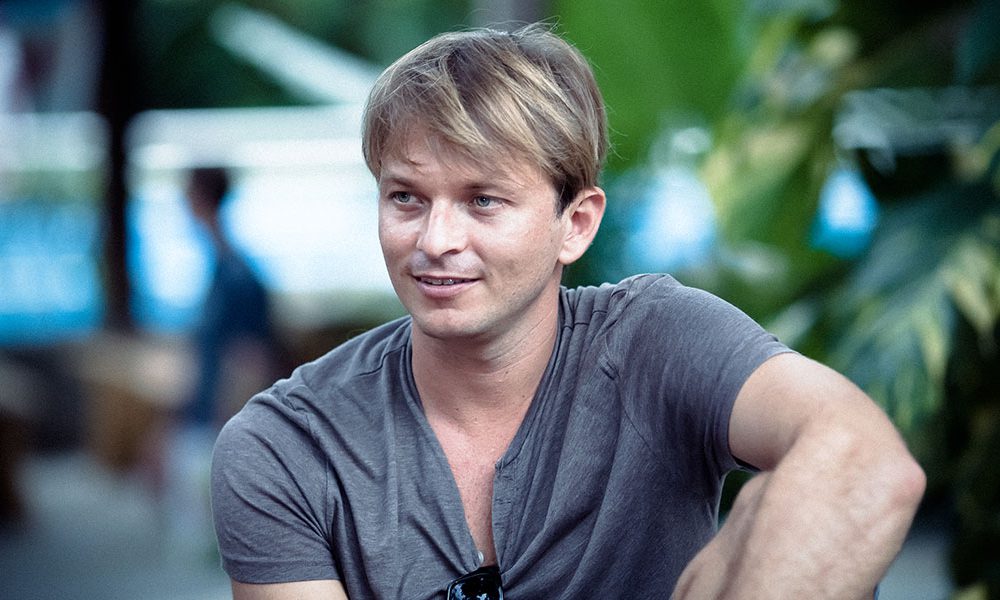 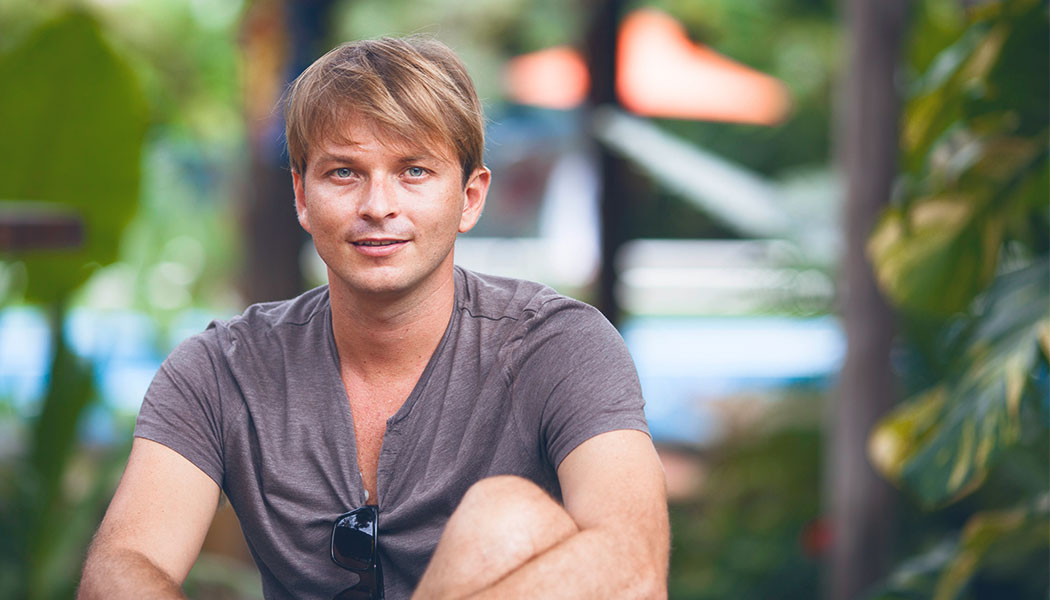 Sayan Gulino, age 29, single and born in Amsterdam, but I’ve pretty much been here in Bali since birth. Started education at the Bali International School but back then the schooling wasn’t so strong, so most of us expat kids had to leave. I went to Singapore for high school then to the University of Sydney.

Would you say you were prepped for the Waterbom?

Actually I’ve been working at the park since i was 13 years old.

So you’re a water baby?

Yes exactly. Basically I was cleaning the toilets, then the pool, then I was a life guard, then the walker attendant, marketing, sales . . . pretty much everything, operation, engineering. Every holiday would be a different focus on a particular sector. When I finished university I didn’t know whether to pursue an acting career or go into business, I liked them both, eventually I plunged into the business world and that was that.

Yes, I accept that. 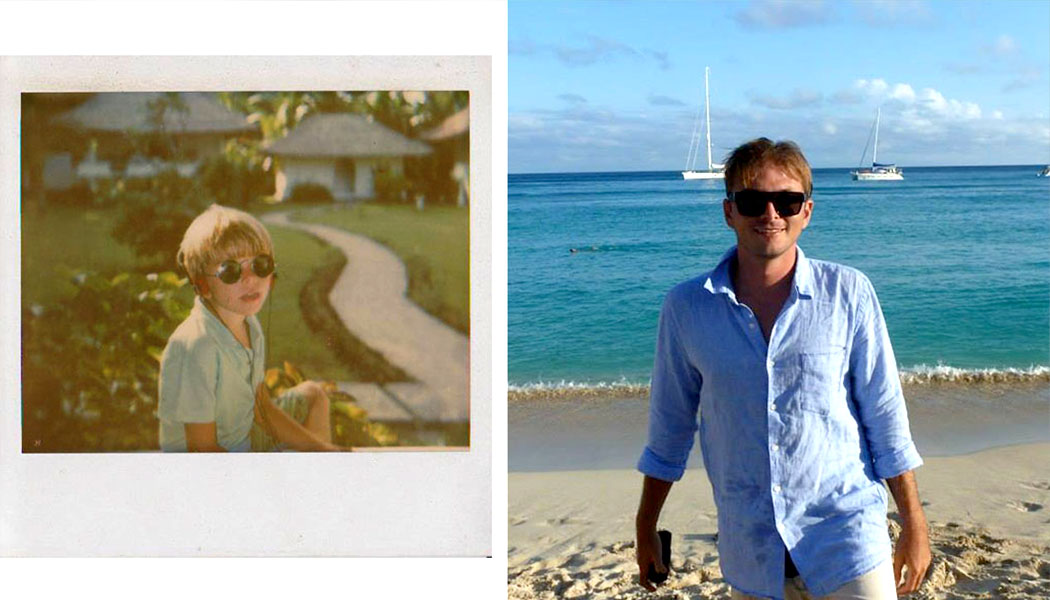 Where did the idea for Waterbom come from?

The idea came about in the late ’80s. Nothing was really happening in Bali entertainment-wise, surfers were here, but there was really nothing for families. So of course the big dream thing happened. My father visited water parks but found them to be incredibly ugly, built with concrete, fiberglass, the structures were horrible . . . so he thought he’d build a waterslide park with green waterslides that carried you through the jungle. Slowly that developed and eventually after a lot of battling and shuffling around in 1993 it opened. So this is the park’s 20th year.

How was it at the beginning?

There would be days with 20 people in the park. We were giving tickets away for peanuts, there was no one here and pretty much no one knew what we were doing. No one had any experience of the water park industry, I mean nothing.

Yeah, but the idea sounded great, chicks in bikinis … pretty much a dream world.

When I went there way back when, it was simple but enjoyable. Now so much has been added, and as we speak Waterbom has just won an award beating out Disneyland and Universal Studios as the best theme park in Asia.

And the best part about it is that we were the underdog. It wasn’t that we were already flexing because we were a big strong multi-national company, then all of a sudden people were coming from all over the industry to come visit Waterbom. The gossip was like, what is this little Waterbom Park on this little island? People started whispering and saying it’s beautiful, it’s just not a water park, it’s an experience. Where else in the world can you get great food without plastic hotdogs and normal water park stuff? It’s green and 68 per cent foliage, so it’s a botanical garden, pretty much. 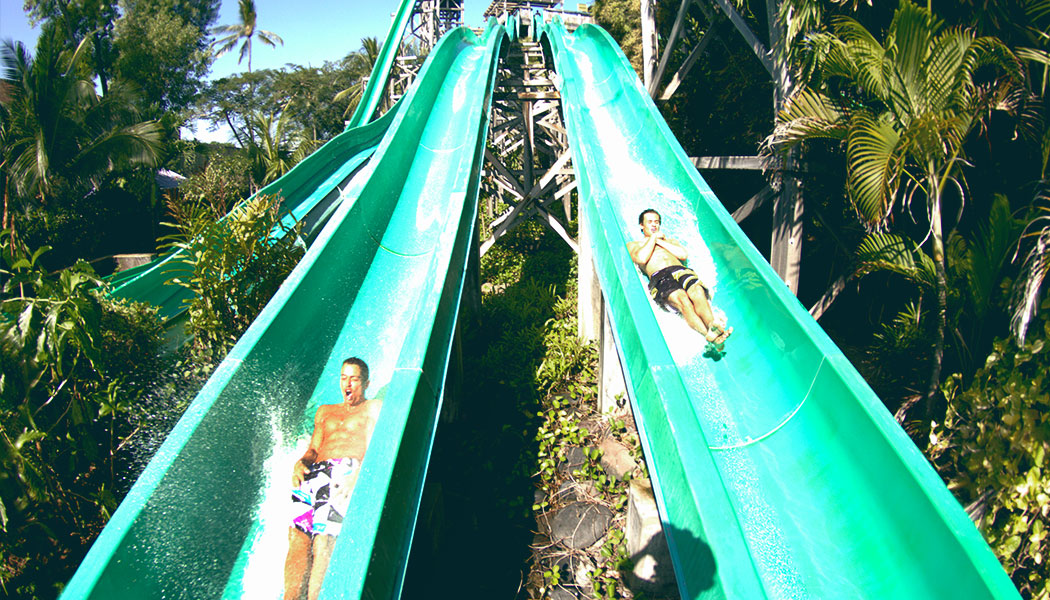 Twenty one slides now, how many at the beginning?

Six or seven, now it’s more complicated, but the development didn’t really start to happen until the first Bali bomb.

Strange indeed how it works. The second one hit us a little harder economically, but the rebound was even bigger too.

What are the diversities of the park other than the slides?

We have beach shacks, which make you feel you’re even more like you’re in the tropics. Latin music; people can have drinks; grills; also the food aspect is being developed to a higher level; water games other than water sport rides; massages and nail art; it’s a full day in the park. Of course our main focus is the slides. 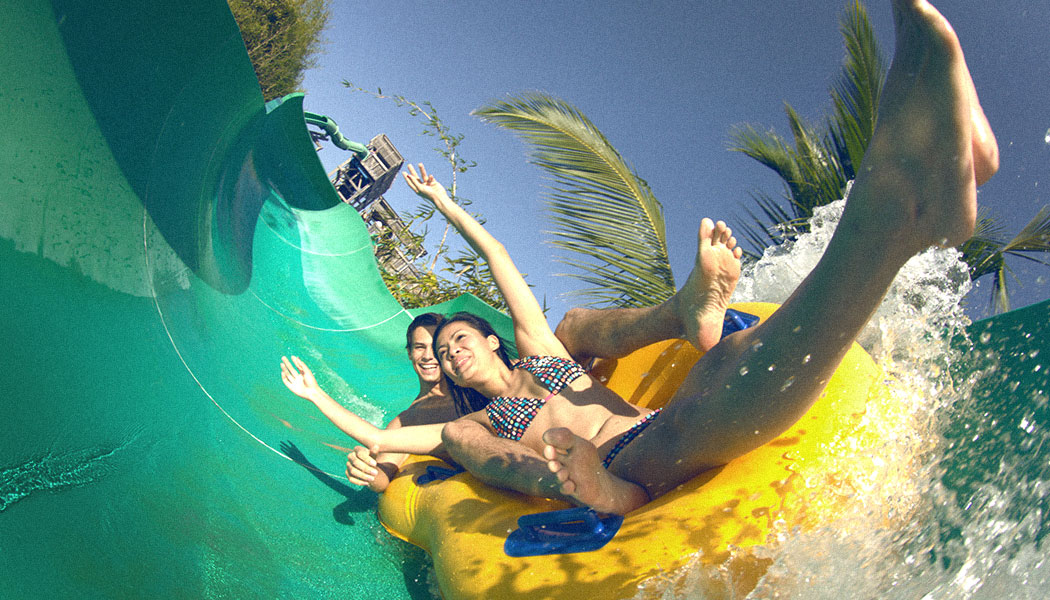 Are there future plans?

Here’s the big news which we haven’t really released, giving you an exclusive here … we’re working towards a whole new facelift by 2015.

You’re now the full time manager of Waterbom, what does that entail?

Overseeing the sales and marketing. I don’t like to micro manage because we hire guys for it, but I steer the ship. Operations . . . all that I said before, growing the park, accounting, budgeting and, of course, staying on course with all the people we have to pay.

Is your father still involved?

He comes once or twice a month. He’s the visionary, he puts the fuel to the flame and keeps everyone on it, reminding us all what it’s about, and he’s all about the quality. We can actually fit thousands of more people in the park, but we’ll close the door at a certain point because we feel it’s reached its capacity.

What is your personal philosophy?

Enjoy it. It’s a mental battle every day to train your emotions to find the positive in everything. There’s light at the end of the tunnel. S.B.