Tony Stanton watches in horror as the author of Kitchen Confidential comes unstuck in front of a cold crowd. Sniff.

ABOUT a thousand years ago I was the editor of a high profile society magazine in one of the cleaner parts of Asia, and with such a celebrated job came invitations to a number of different events.

On one occasion I was invited to a dinner speech featuring Anthony Bourdain – famous for multifarious television appearances in which he searches out strange foods around the world to consume onscreen for the edification and amusement of viewers.

Bourdain was first famous, though, as an author, and I imagine many of you will have read his book Kitchen Confidential – a superbly written exposé of life as a working chef in New York City, in which he reveals various “truths” about what goes on in the kitchen while you’re waiting for the bread service. Some of it isn’t pretty – Bourdain paints a fearsome picture of complete degeneracy over the stoves and basins of New York’s famed kitchens. 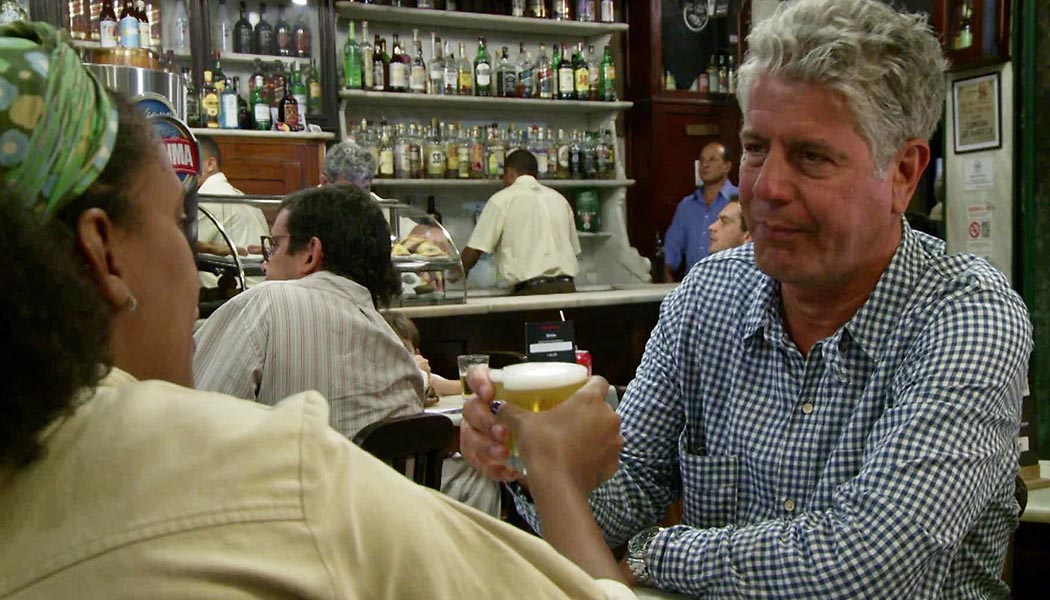 In it he writes: “So who the hell, exactly, are these guys, the boys and girls in the trenches? You might get the impression from the specifics of my less than stellar career that all line cooks are wacked-out moral degenerates, dope fiends, refugees, a thuggish assortment of drunks, sneak thieves, sluts and psychopaths. You wouldn’t be too far off base.”

The business, as respected three-star chef, Scott Bryan, explains it, attracts ‘fringe elements’, people for whom something in their lives has gone terribly wrong. Maybe they didn’t make it through high school, maybe they’re running away from something – be it an ex-wife, a rotten family history, trouble with the law, a squalid Third World backwater with no opportunity for advancement.”

Bourdain was proud to be part of this family, and by his own admission he joined in all nefarious activities with gusto, including the consumption of illegal drugs. 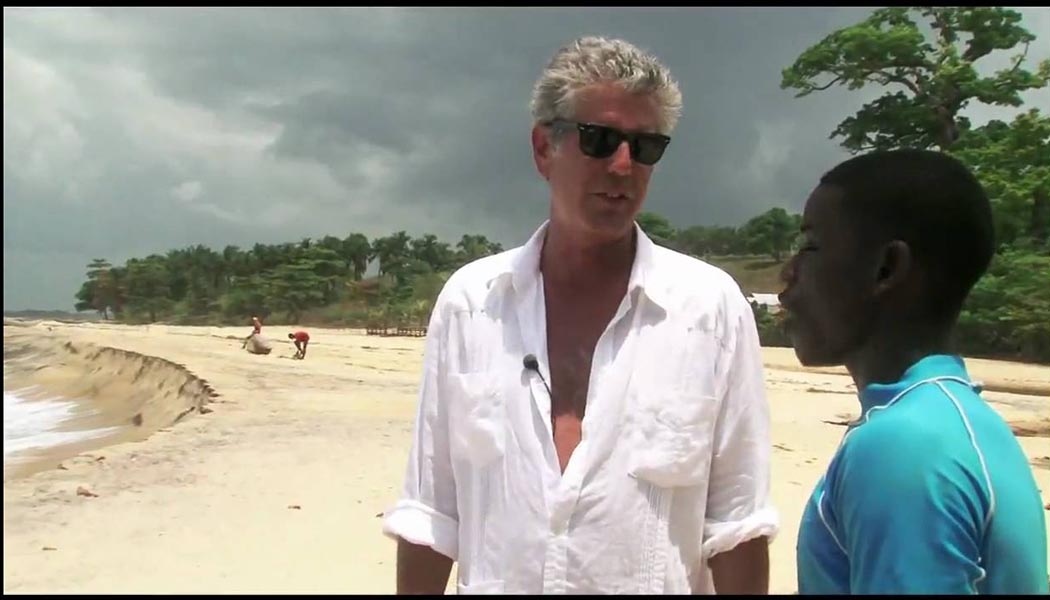 In Kitchen Confidential he writes of his experience in a trendy SoHo restaurant in 1981: “We were high all the time, sneaking off to the walk-in refrigerator at every opportunity to ‘conceptualize’. Hardly a decision was made without drugs.”

It was in this context that I sat down to enjoy the show – and, lo and behold, I was seated next to him. We chatted for a while, and he was a charming and beautiful man who’d written something pretty close to a literary masterpiece. I was in awe. Then came the time for him to sing for his supper, and he was introduced and called to the stage.

For 20 minutes he had the crowd at the Four Seasons Hotel in raptures. He was funny, informed, articulate and charismatic. He talked about his life as a chef, about the trials and tribulations of kitchenworld, about his former Mafia owners and his love of French food . . . he was enjoying being on stage, reveling in the attention and clearly warming to the evening once it came time for questions from the audience. 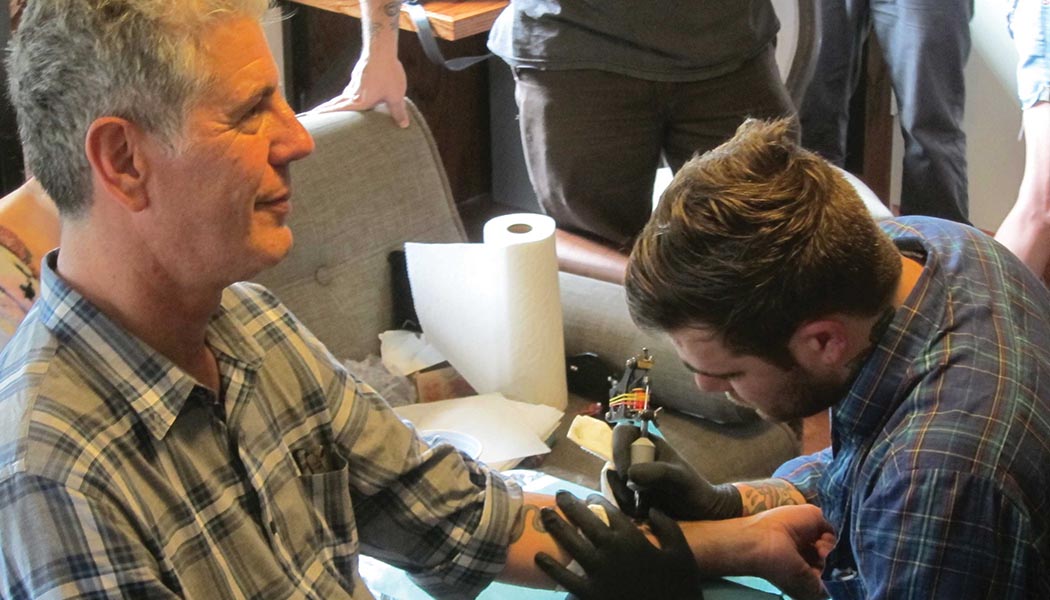 The first question appeared to all of us (apart from Anthony, it would transpire) a very simply one:

Now I should mention here that this part of Asia – ok it was in Singapore – takes a stern view of illegal substances.  Long jail sentences; the death penalty for smuggling; no mercy etc. etc.

And I wonder if perhaps Anthony was thinking about this when he heard the words – because in his mind he didn’t hear  “cooking”. He heard the word: “Cocaine”. The question in his head therefore was: “What do you like about cocaine?” So he proceeded to answer it … at length.

“I hate cocaine,” he started, to the bemusement of the dinner crowd. “I despise it. It goes against everything that is good about cooking. You can’t eat, you can’t sleep, it’s a disgraceful substance that has ruined communities.”

And then he warmed to his theme, believing, I assume, that he was carrying the audience with him. He ploughed on: “Oh, I have done it, sure. Loads of it. Piles of the stuff. All chefs do it at some point or other. But generally it’s a bad thing – bad, bad and selfish. Horrible. I would never condone its use. Which was, I have to admit, prolific …” 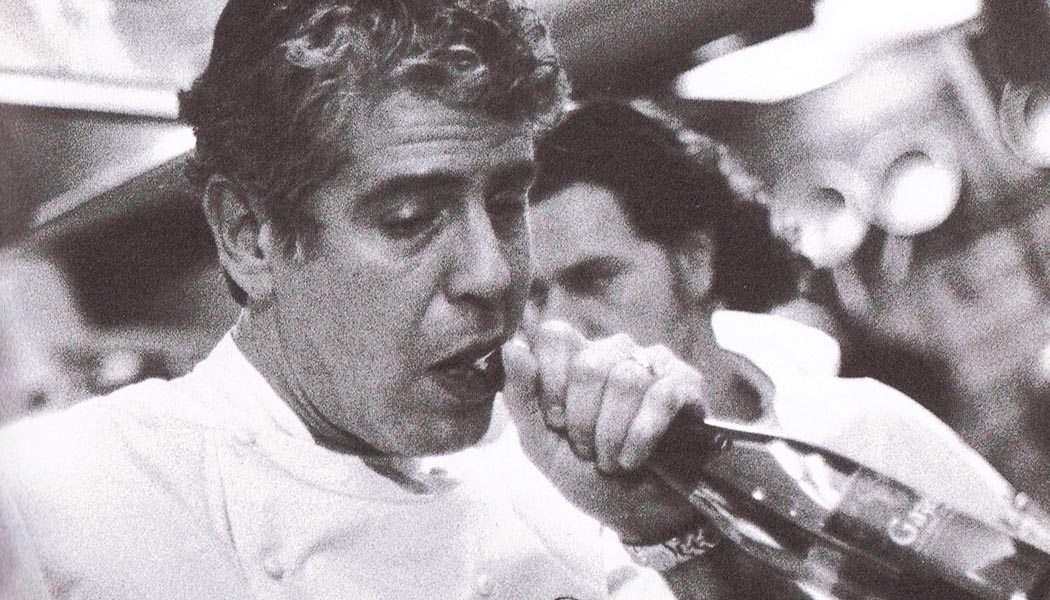 I could stand it no longer – I felt for the man who had been sitting next to me only a short time before. He’d seemed like a nice guy and I wanted to help him out. So I shouted from the back of the hall, from our table:

“Anthony! He said cooking,  not cocaine!”

And finally he was released from his squirming hell with a wave of muted laughter.