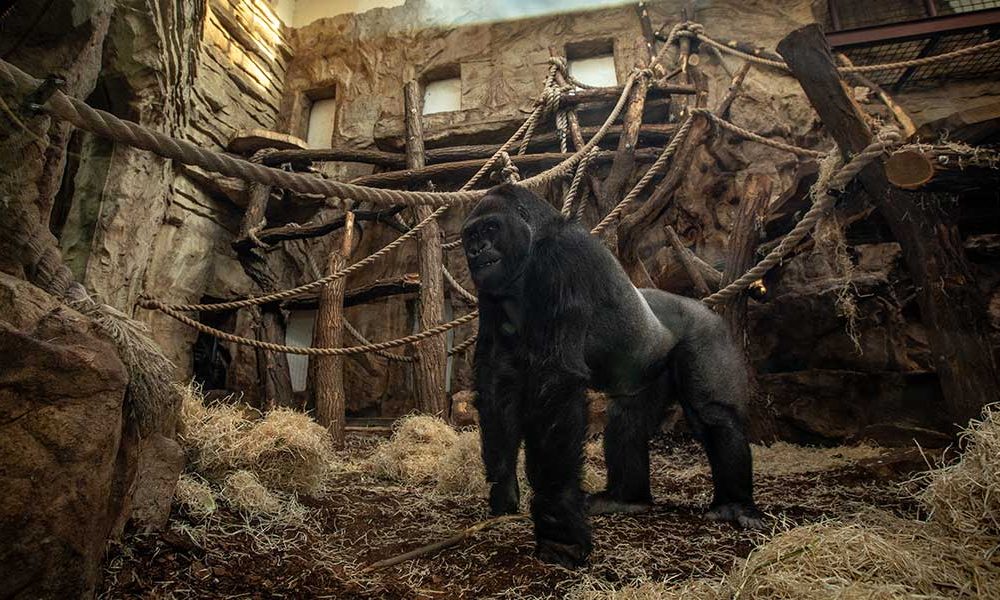 Aaron Gekoski champions animal rights in a world still numb to their welfare. He spoke to Jason Hubert for The Yak. 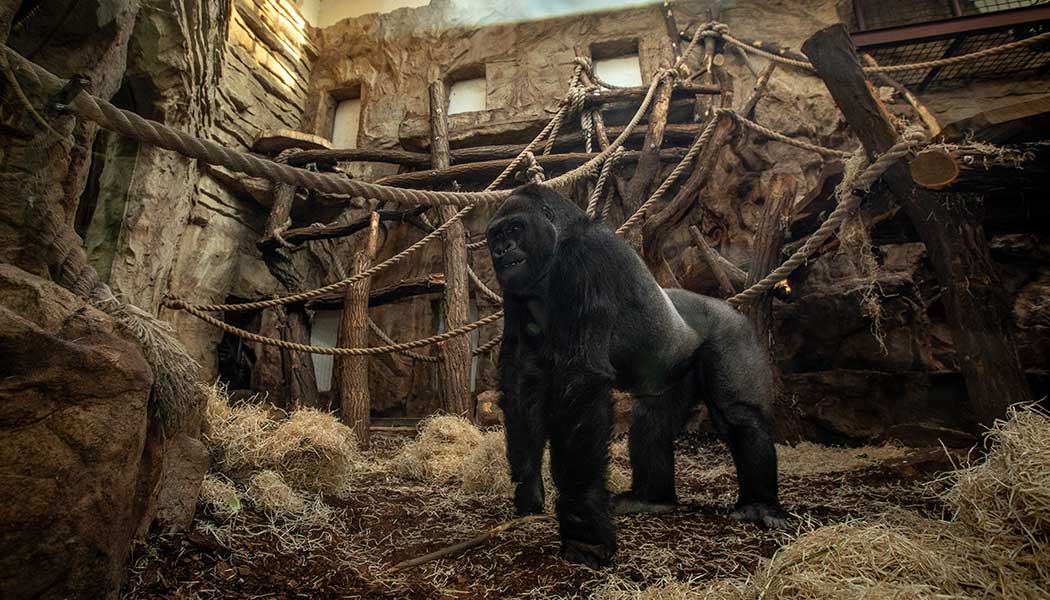 So Aaron, any first impressions of Bali you can recall?

Well, like so many other people, I fell in love with it when I first went there about maybe 20 years ago and it’s changed quite a lot since then! A very beautiful place, rich in culture, amazing food, and welcoming people, but mass tourism has now created some significant issues on the island and one of those is wildlife tourism.

World Animal Protection did a study last year and pretty much all of the wildlife tourism locations they surveyed failed the basic standards of animal welfare, so this is something that really has to change in Bali, and that starts with tourists voting with their feet and choosing not to visit some of these places, and everyone has a responsibility to do something about this, the venues as well. 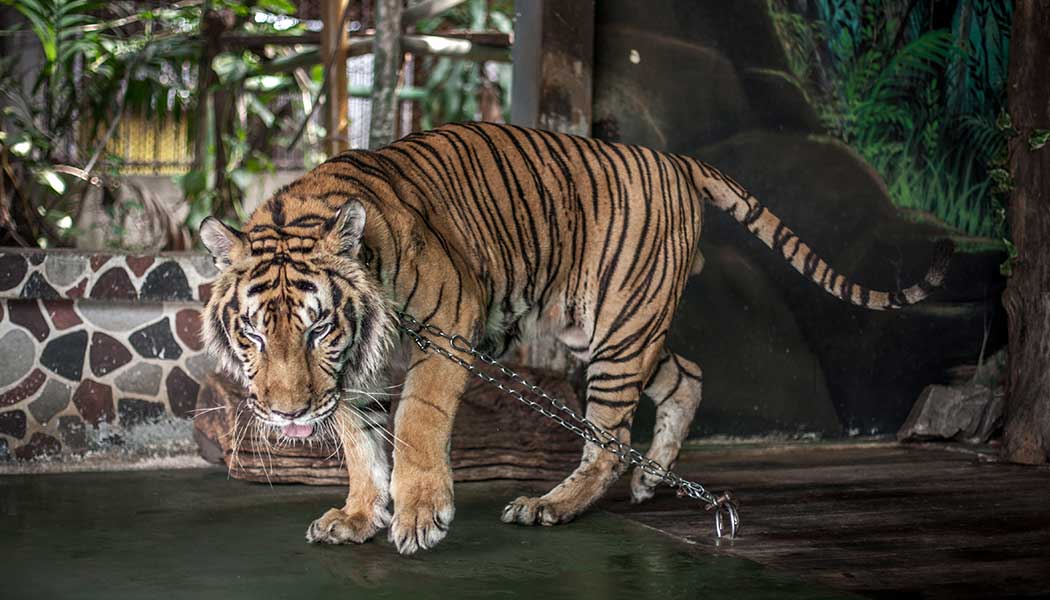 Growing up – how did you first become interested in photography and wildlife protection?

I think most English people were brought up with David Attenborough, and if you ask most people of my age they grew up watching his documentaries and because of that we were exposed to many stories about the natural world. For me, those were some of the things that helped get me through my childhood and as I was watching his documentaries I always thought in the back of my mind maybe one day I’ll be able to work in the industry too.

But then I got into the corporate world and worked in advertising as a copy writer for a while, and then had my own modeling agency and then in my late 20s I thought, you know if you’re actually going to do it and fulfill this childhood dream of becoming a wildlife film maker, then I have to do it now. So I sold up, and first off went travelling and then did a wildlife film-making course in South Africa, and since then for the past decade I have been looking into issues of human animal conflict around the world.

I was in Africa for six years and now Asia for the past four years, and as I do this I’m predominantly an environmental photo journalist and that’s my main love – being behind the camera and documenting human animal conflict as a photographer. 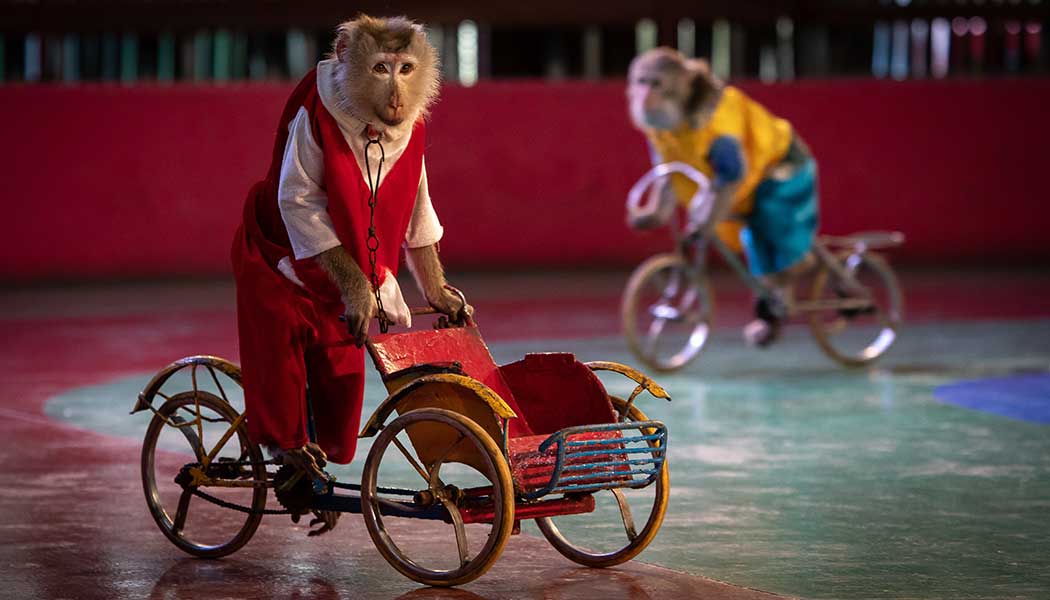 One of your recent posts exposes the lucrative trade of Indonesian and Thai river otters to the streets of Tokyo for entertainment at otter cafes and as personal pets in apartments – how long has this been going on and how did it become a trend?

First of all, it’s the Asian Short Clawed Otter and they are mainly coming from Indonesia. So the poachers will go out with their dogs and smoke out the parents from their burrow and then kill the parents in order to get to the babies which are then sold into the exotic pet trade, and this is how many of the otters in the Tokyo pet cafes ended up there. This is actually quite a recent phenomenon and it follows the advent of cat and dog cafes in Tokyo which became all the rage for a while, so some of the cafés decided to engage with more exotic species in order to differentiate themselves from the competition and in order to capitalize on the otter craze that is sweeping the planet, which is partly fueled by social media. If you go into Google or Facebook and type ‘cute otter’ you’ll find hundreds of images with otters juggling stones and putting them in their pockets, holding hands in the river . . . they have these very quirky mannerisms that make them very popular amongst the general public. They’re seen as romantic, cute, funny . . . and this has made them target for the exotic pet trade. But the thing about otters is that they make terrible pets. 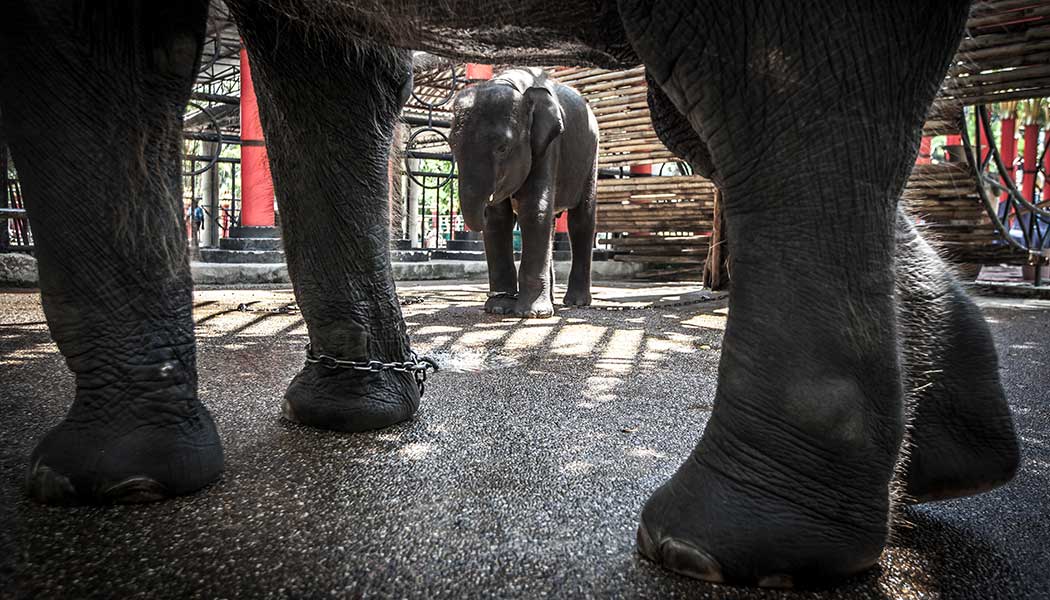 In India they use otters as hunting packs for river fish but are still kept in cages – do you see that as exploitation also or more acceptable?

I think it’s different if you’re looking at traditions that have been around for a long time in which people rely on them for their livelihoods . . . so I think that is quite different. It’s not exploitative like within the exotic pet trade or for wildlife tourism. One is relying on the otters to help feed their families; the other one is using the otters for entertainment.

In some cases, the nature of the exoticism comes from strange or unexpected origins – such as the use of civet cats for Kopi Luwak – this became a delicacy borne out of random tired palm oil workers wanting a cup of coffee. Is this just wrong on all levels or is there a humane way for such a thing?

Well, yes it can be done humanely, which I saw in Timor Leste for example where the workers go and collect periodically after the civets have fed from selected trees. So it can be done that way but it becomes hugely expensive as the yield is often lower. It’s much cheaper and easier to keep the civets in cages and only feed them coffee beans, but that way they’re not always being fed the ripest beans and they’re kept in horrible conditions. They’re nocturnal animals and the fact that most of these places operate during the day full of tourists makes it very stressful to them, so basically yes there is a humane way but because it’s more expensive it’s sort of paved the way for this inhumane industry and most people are either unaware of it or turn a blind eye. 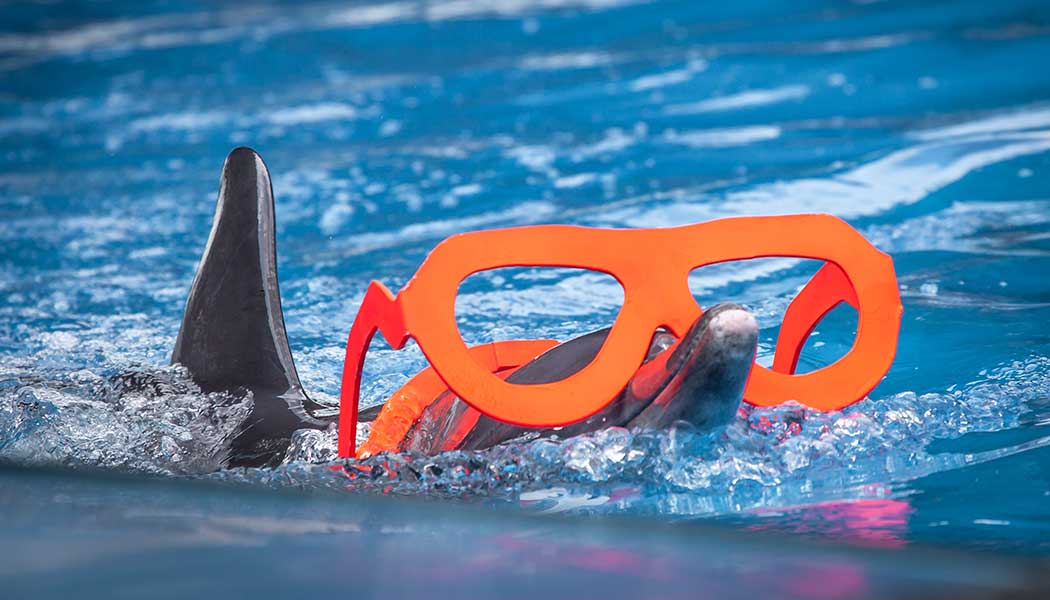 You often have to play charades to gain access to some of the characters or locations in your features – has this ever backfired or become dangerous?

You know what, it hasn’t really. Most of the time unless people are doing something illegal then they’re happy to talk to us. There aren’t that many instances where we’re going under cover to try to unearth something that is dangerous. For the documentaries a lot of what you’re seeing is just by buying a ticket to the shows and then exposing the trade. There is one story involving the mafia in Eastern Europe but I can’t go into details about that here. 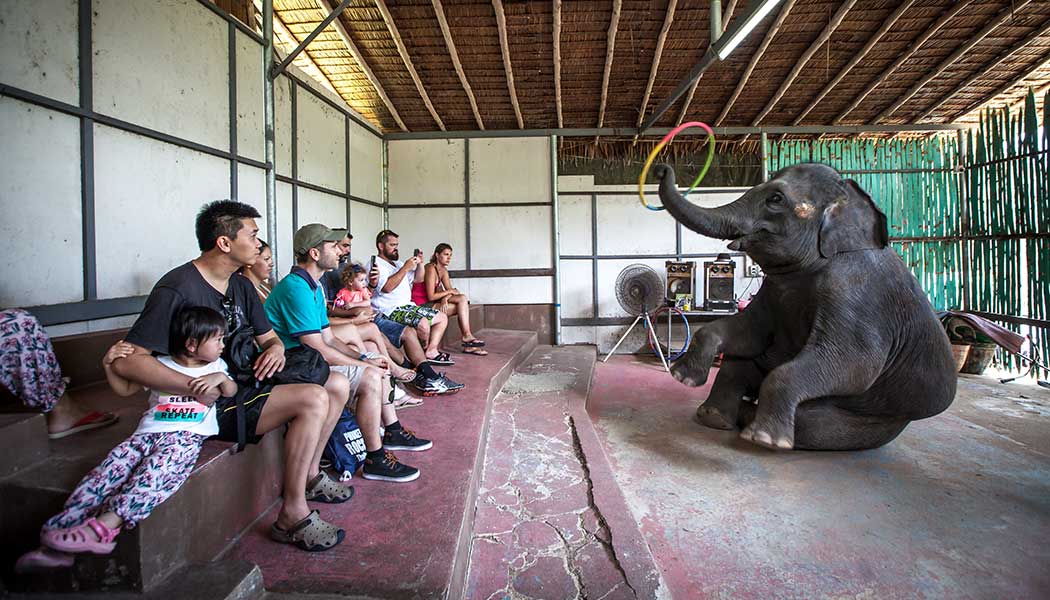 How do you see the further persecution of journalists and media at large under the current political climate? Is there anyone you can call for support if things go awry?

On a personal level, I don’t really notice persecution of journalists and media and actually for my work, the way that media has opened up over recent years and there’s so many different outlets it’s actually become a lot easier. Now at the press of a button you can get your work out there to thousands upon thousands of outlets and I have a very good agent in London who secures media stories that I work on who gets my work to the right places.

These days, particularly with social media, you can almost bypass traditional media outlets. For example after working on a recent story about the turtle rehabilitation centers in Tanjung Benoa, I released the images a day or so later, and within a couple of weeks they had reached 1.7 million people on Facebook. 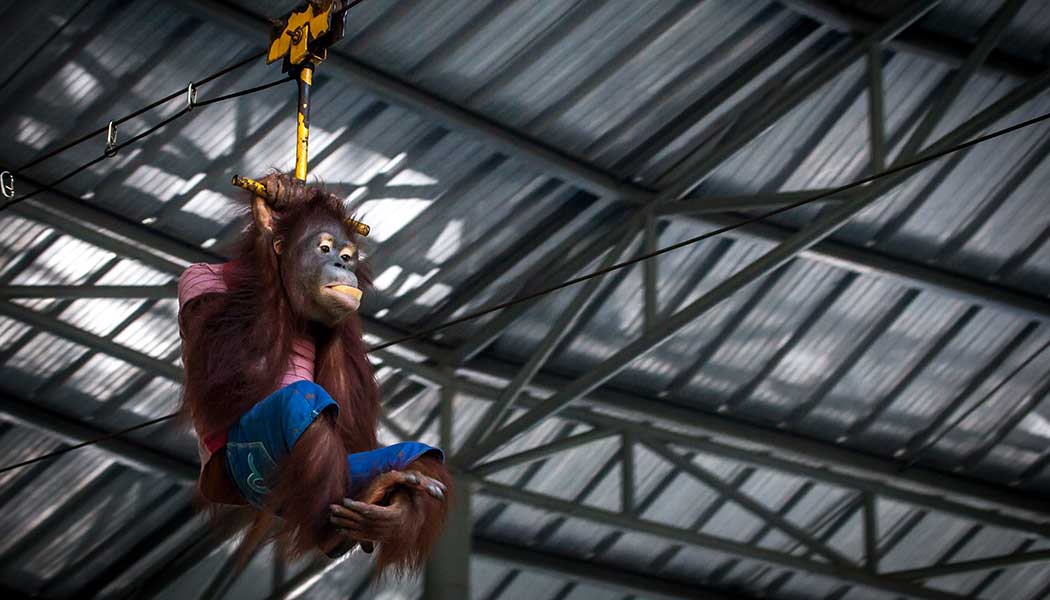 How do you see social media affecting animal based tourism? Does it amplify the wrong destinations as free for all forums for anyone trying to make a buck?

I think that social media has really led to what was already a lucrative industry becoming even more profitable. So the exotic wildlife industry is now a US$250 billion per year business, and recent research shows there’s almost half a million animals that are suffering for our entertainment and a lot of this has been amplified by social media. They’ve also actually done research that shows many people do have animal welfare concerns when visiting some of these places, but the perceived benefit of that Facebook or Instagram post impressing their friends somehow outweighs any animal welfare concerns that they have, so that’s incredibly dangerous and worrying for wildlife as a whole.

Can you tell us a bit about the Raise the Red Flag platform? How best can every day people help the cause?

Well, Raise the Red Flag was borne from the need of having a platform that is dedicated solely to the wildlife tourism industry as currently there is nothing available. So this allows people to let their concerns be heard while they’re on holiday. If they see any forms of abuse happening during shows or location visits, they can raise a red flag within the platform so that it becomes verified and appears as a report on a global map of the wildlife tourism industry. 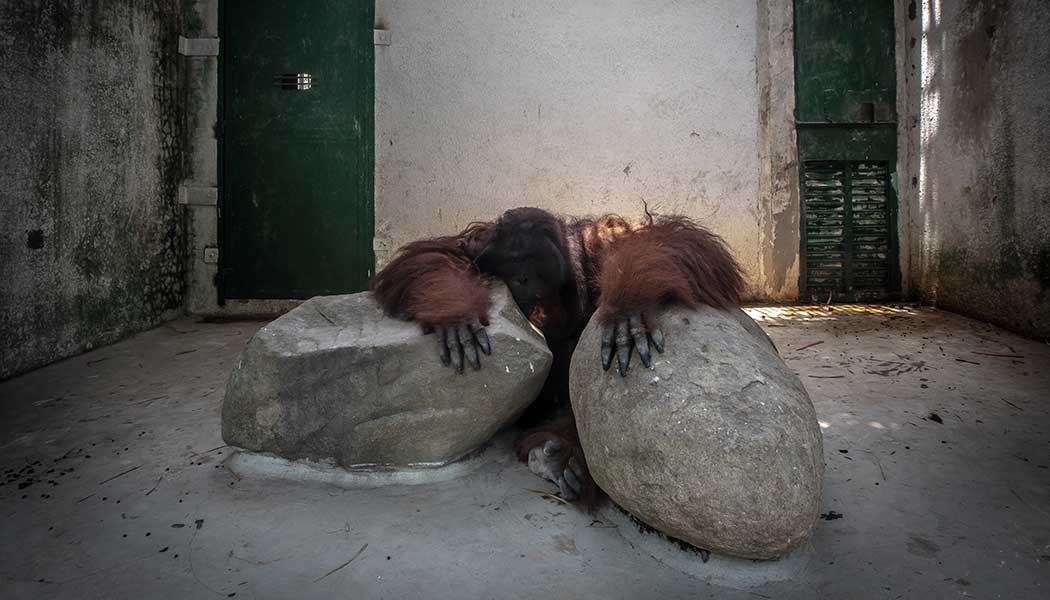 Through your work, you are exposed to numerous examples of human and animal depravity for song and dance performances or entertainment of an often unwitting audience – do you ever lose faith in humanity?

Yes, constantly, and it is very easy to get disheartened with this wildlife tourism project that I’ve been working on and you do see the very worst of humanity, but I should also say you see the very best of humanity too, because there are people who dedicate their lives to protecting animals, whether they are scientists, researchers, campaigners or government officials, there are lots of people who are working to try and protect animals. 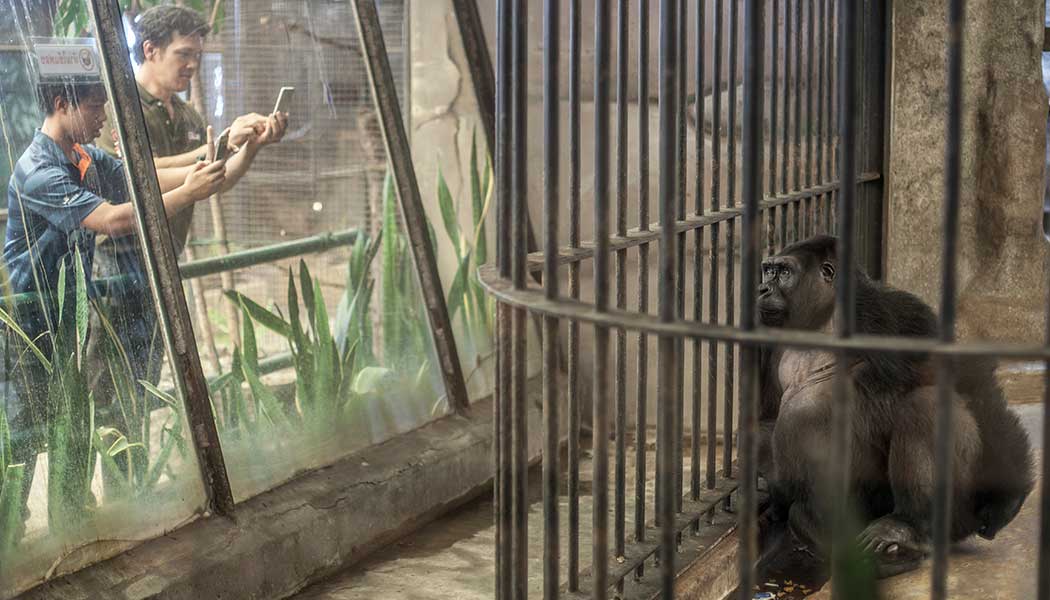 We’re currently in the midst of a sixth mass extinction event and this is due to mankind, so my dream is to live in a world where animals are treated with respect rather than as commodities. I think that’s a lofty ambition but you’ve got to keep the faith.

How To Help Bali’s Trafficked Animals