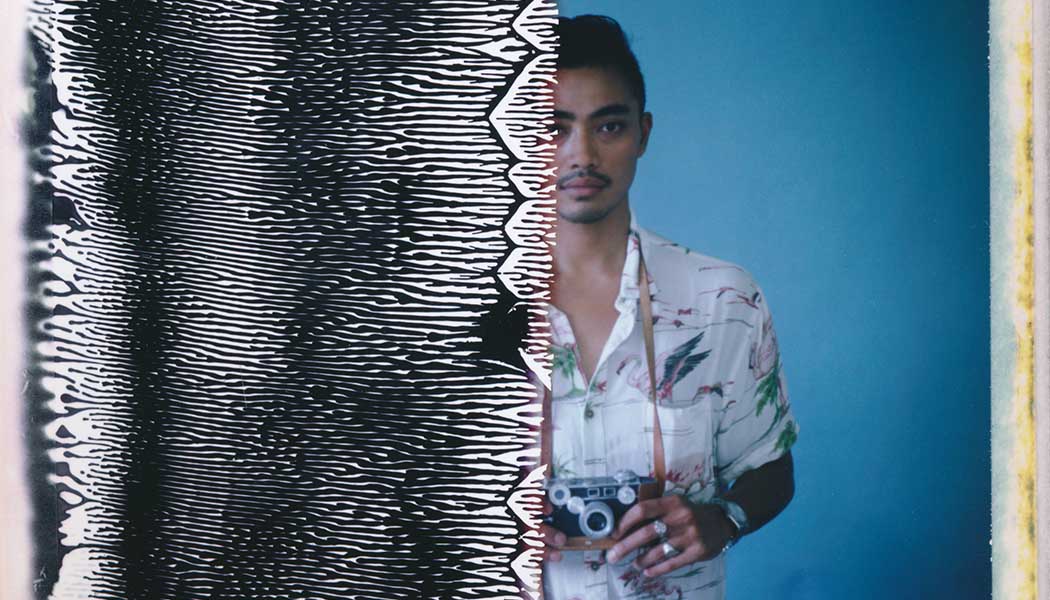 “If I get the images back and somebody has a pimple,” says Bandung-born photographer Angga Pratama ”that’s fine.” Words: Stephanie Mee. Styling: Christina. Portrait: D.Hump.

FROM provocative shots of women hanging out au natural to bro’s rocking out at parties, psychedelic fashion stills and seductive portraits, Angga Pratama’s photos are pushing the limits of conventional photography in a way that is both bold and intriguing.

Using only old-school film, Angga shoots mainly female models dressed in fresh fashions or in the nude, and candid shots of hipster happenings. At the focus of each photo is a personality and a mood, and Angga doesn’t hold back from using images that stray from the norm.

“I only use film because I like the feel and the raw aspect of it,” he says.

“Nowadays you look at covers and shoots, and everything is so polished. Nobody looks like that. I just like to shoot things as they are and even if I digitise the images, I don’t do beauty corrections. If I get the images back and somebody has a pimple, that’s fine.”

Peruse Angga’s portfolio, and you’ll find that mixed in with the sleek shots are blurry colour shots where the models seem to evaporate into the background, and grainy black and white images that evoke the arcane.

Although some photographers may find film to be too finicky, Angga prefers the challenge and the diversity that film affords. 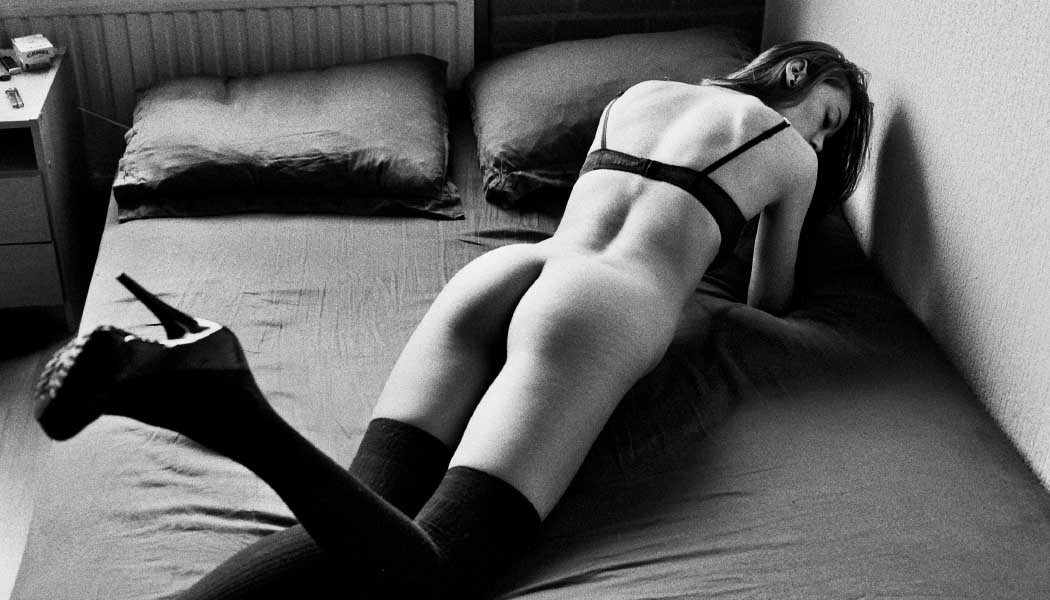 “At the lab where I develop my photos, they have a really old machine and they use the chemicals over and over again, so sometimes it washes out my film or even scratches the negatives,” he says.

“Sometimes it works, so I use those shots in the final edit. But a lot of people are like: ‘Why would you use this?’. I guess they see polished stuff every day, so in their heads they think that’s how it’s got to be.”

Born in Bandung, but schooled in Holland, Angga almost chose a life in the corporate world before he fell into photography.

“I didn’t know what I wanted to do, so I thought why not try business school,” he says.

“I went to an international business school for a year, but I didn’t like it. It just wasn’t for me. I always wanted to make films, so I enrolled in an art academy that offered video and photography. In the second year I had to choose a direction, so I just kind of rolled into photography and found I really liked it.”

After graduation, times were tough in Holland, and Angga found himself struggling to find enough jobs to pay the rent. He had visited Bali previously and had many friends here who convinced him to make the move.

“I’d love to live in Bandung, but there’s no work there,” he says.

“I’m a photographer and my girlfriend is a model, so all the jobs for us are either here or in Jakarta. Jakarta is pretty strict about art, so our choice was Bali. I just like the energy and people here. People in Bali are open-minded and things are more relaxed.” 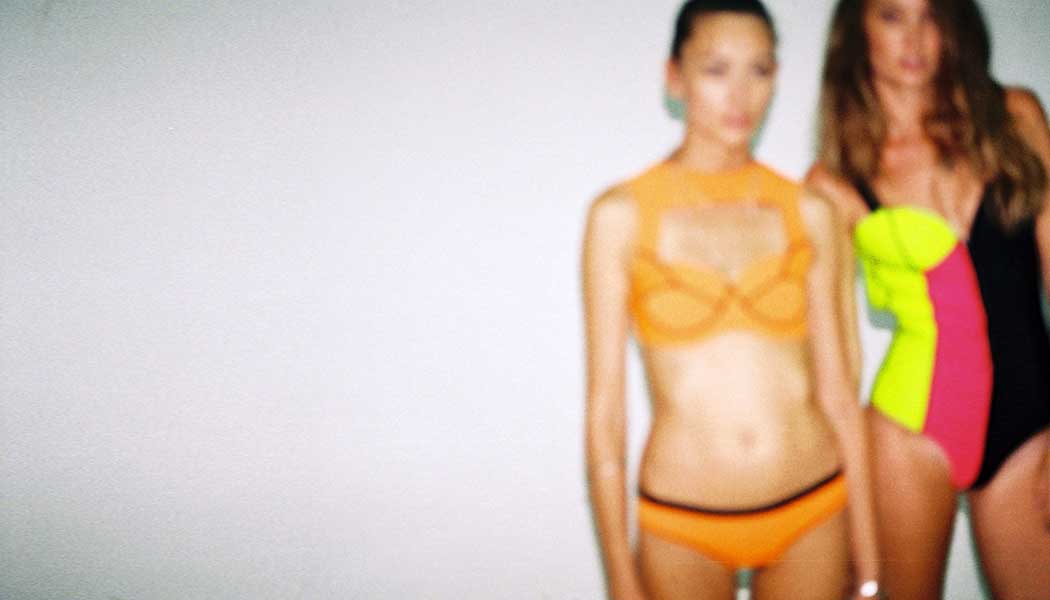 However, despite the fact that Bali is much more laid-back than other places in Indonesia, Angga still faces restrictions when it comes to his artistic freedom, particularly when it comes to nudity.

“One time I shot for a magazine here, and the client was like: ‘This is totally awesome, but I can’t print it or the cops will come get me’,” Angga says.

“The models weren’t even nude. They were wearing swimsuits and just standing with their legs partly open, but the client still didn’t want to print it. It’s difficult here because when you shoot you have to think about whether it will be okay or not.

“In Holland I can just shoot away and everything is fine. That’s one of the biggest differences between working in Europe and Indonesia.”

Some may find Angga’s work risqué, but the artist has no shortage of jobs and inspiration in Bali.

“There are lots of jobs for photographers here, so if you want them you can have them,” he says.

“You just have to get your name out there as a new photographer. I just try to work with creative people and get my work out there in magazines and with brands. Also, many of the people I know are really talented, so that’s really inspiring and makes me excited to do my thing.”

Although Angga has been referred to as a young Terry Richardson, he claims to have no real influences when it comes to his photography. 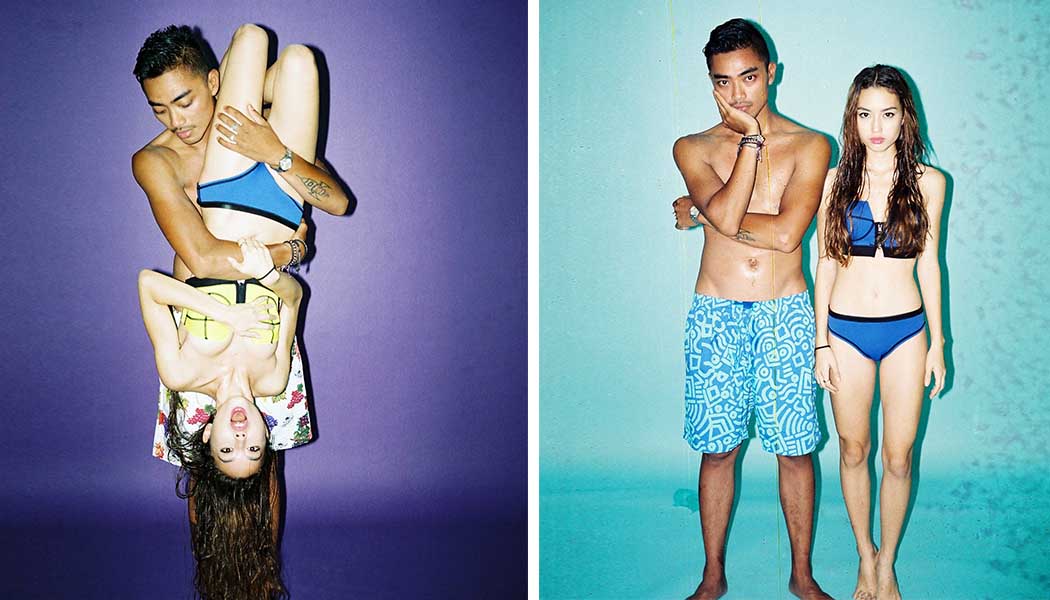 “I just get ideas, and I’m not sure where they come from. I may be staring at something, and then an idea will come. Or maybe it won’t. It’s sort of a feeling I guess. I really like just going to a location with a model, and if it falls into place, I’ll start shooting away.”

As for the technical side of things, Angga says he believes that the only way to learn is not from books or courses, but rather by doing.

“I wasted a lot of film before working out how to get the shutter or the light just right. I think you just have to practice, see the results and make note of what you did. Eventually, you’ll have a thing that you like, so you can stick with it or evolve from there.”

Angga’s photos might be generating a buzz in Bali and abroad, but the artist still feels he has room to grow.

“I learn every time I shoot. The technical side maybe not so much, but more like the direction and how to work with people. For example, women are my favourite subjects, but I have to click with them. There are a lot of beautiful girls, but if it doesn’t click, it doesn’t work.”

With a slew of magazine shoots, top brand campaigns and photographic exhibitions under his belt, as well as an upcoming photo shoot in Papua New Guinea for the National Museum in Jakarta, you would think that Angga would have equally huge plans for the future.

“I don’t really know what the future holds for me. Maybe I’ll be married with kids, maybe I’ll be in Bali or maybe I won’t, who knows? I’m just going to focus on my photography and see where it goes. You know … go with the flow.”