You’ve seen him on the red carpet at The Yak Awards, you may even have seen him on the big screen . . . but life coach Andrew Eggelton is a lot more than a pretty face. He spoke to Tony Stanton. Photo: Sarah Alice Lee. 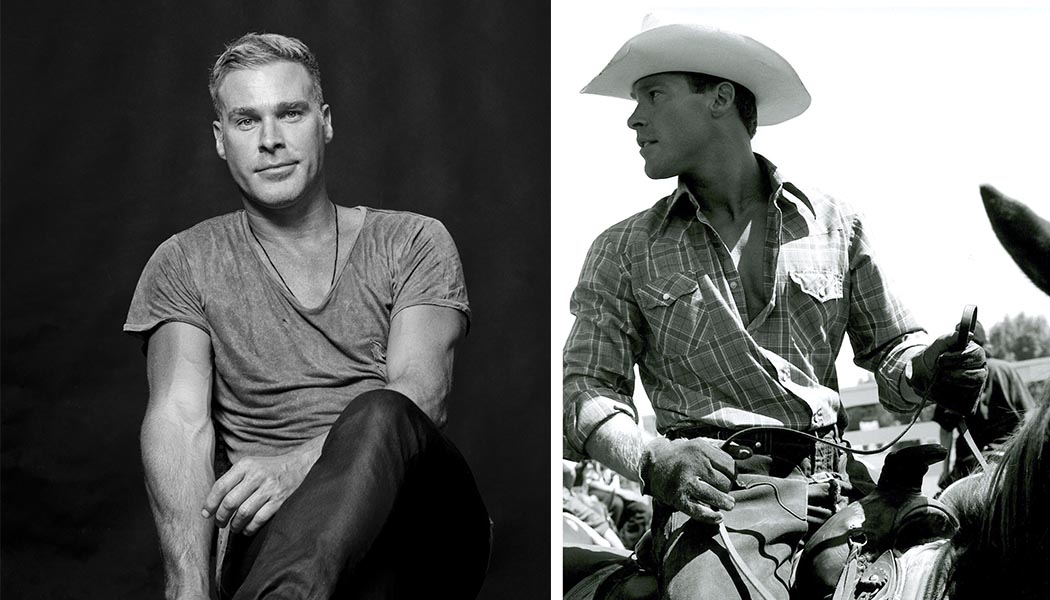 Andrew, where in the world are you right now?

As a wild stab in the dark I would say somewhere in the middle of the ocean about now, nestled into one of those uncomfortable airline chairs wishing I’d paid extra for the meal service. I’ve spent the last 12 days in Bali, which is my second home, coaching at a retreat and promoting an upcoming coaching tour of New Zealand and Australia.  My over-active mind is occupying the thought I may have bitten off more than I can chew.

But you’re not from there, are you? How did you grow up?

I had a blessed childhood albeit an odd one. I grew up in a tiny village called Otaio, which is in the middle of the South Island of NZ and to my knowledge doesn’t really exist anymore. I use the word village merely for dramatic purposes. I lived on the school grounds as my father was the headmaster and schoolteacher and there were only eight pupils.  The only ones my age were girls and at that age they were the last things a young boy wants to hang out with, so I entertained myself and relied on what might be my most powerful tool these days … my imagination. It’s for this reason I feel blessed to have had a slightly unconventional experience growing up. 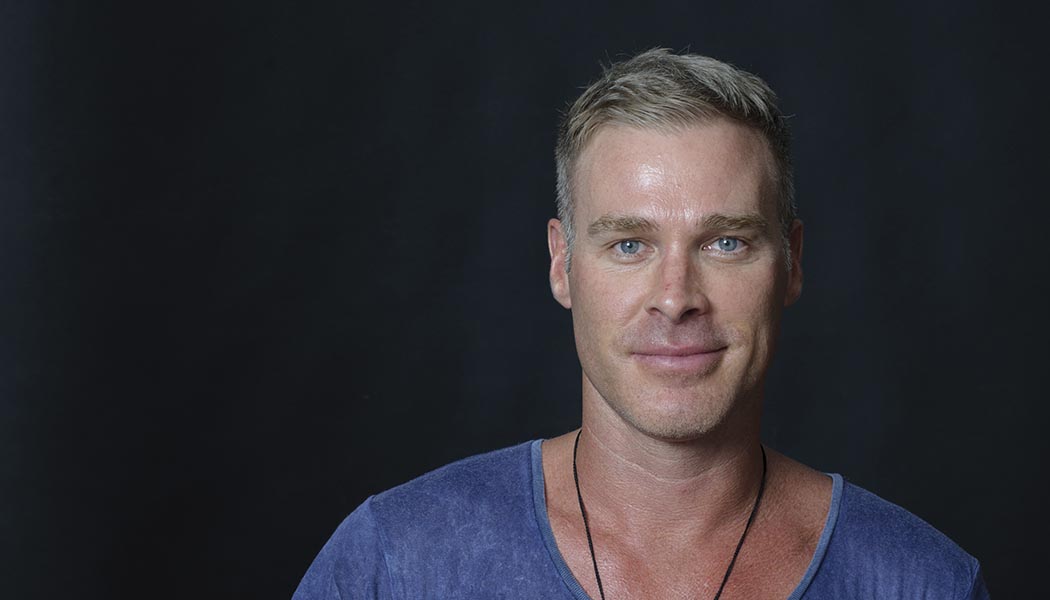 We’ve only encountered you in Bali, specifically as our wonderful host for The Yak Awards these past years …

Ah yes, The Yak Awards might just be my favourite night of the year to let my hair down, so to speak. Um, after I’ve finished hosting of course! I remember the first year I was perhaps more of an overdressed male prop as my good friend Christina Iskandar didn’t let me get a word in. To be fair we still laugh about that today. Well she does most of the laughing.

You’re quite comfortable in front of the camera … how did you get into that?

In 1994 I got an acting job with Michael J Fox in a film called Frighteners, which was one of Peter Jackson’s first projects. Then followed a German Beer commercial . . . I went to the audition uninvited and got the lead role, and as a 21-year-old the money seemed too good to be true. I was hooked. More opportunities followed with roles in a number of TV shows and a part with Ryan Gosling in the series Hercules. I also love stories, the whole magic in telling them and listening to them and the worlds they can take you to. While growing up I remember dad coming into my room and tuning on the radio to the children’s stories on a Saturday morning. Bad Jelly the Witch was and still is a favourite.

And now of course you’re teaching other people how to be awesome in front of the camera. How do you do that?

This, for me, is part of being of service and offering something to others in an area that I feel I have a gift. I take my clients on a journey from where they start and we slowly strip away the layers of masks they have, through the ego, through the blocks, until we get to their truth. We get to the core, where they’re authentic and then empower them to become storytellers. It’s that authenticity entwined with their storytelling that touches the viewer and takes them on an emotional journey. The process is incredible to watch as you see them suddenly resonating with the words they are saying and the place they are coming from. 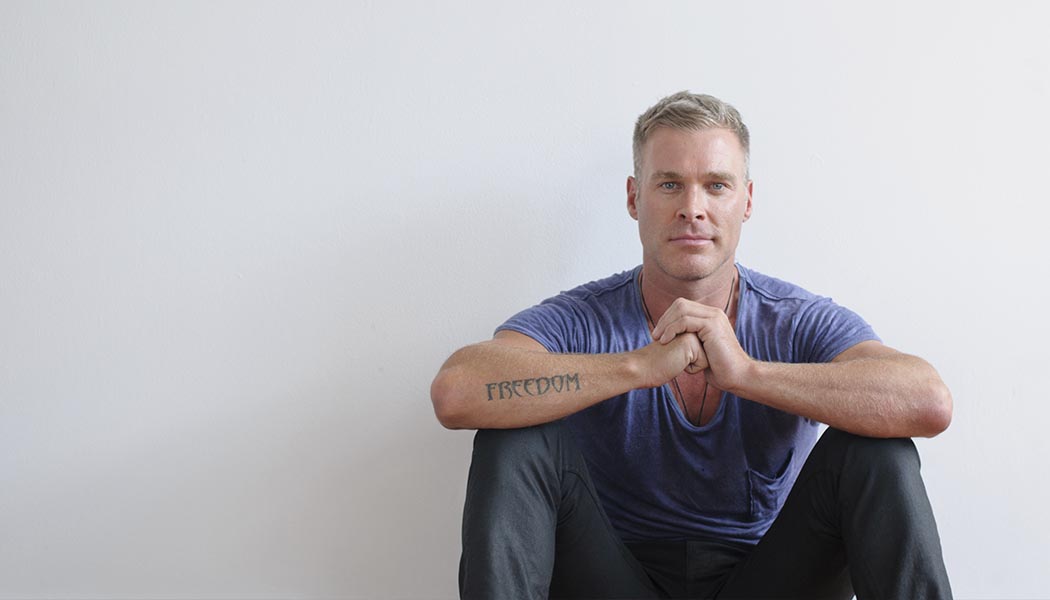 Give us a quick run down of how we could be awesome as well.

Think of each word that passes your lips as an opportunity to colour your story, to take your viewer on a journey. When in front of a camera, you become a storyteller whether you like it or not. It becomes your responsibility. Enjoy the process and own the power that you now have to make others feel a certain way. Use your voice, create a beginning, middle and an end and take your viewer on a journey of their imagination. Another wonderful tip and perhaps my favorite is to reframe the opportunity as a chance to play.

Have you always been into coaching? We’ve seen a few pics of you in modeling pose … particularly one on the back of a horse.

Once I discovered that I could get paid well to simply stand around and look at a camera, pretend to point at something, or spend the day in underwear, there was no going back to having a normal job. I was hungry for success though; I didn’t stand around and wait for it. I worked hard at it and the horse shot was something I did for myself, it’s actually my favourite shot of myself ever! Coaching has been a natural progression as I’ve grown older and wanted to give something back.

Do you do other empowerment courses to?

Yes. I run a life coaching practice called ‘Life By Design’.  Simply speaking, I ask clients to dream of their ideal day in their ideal life and then I help design the person they need to be to have this. From beliefs and habits to their character and skill sets.  What I enjoy about this is we are entirely focused on what they want, not what they don’t want. We dream and then build the path and person to get there. 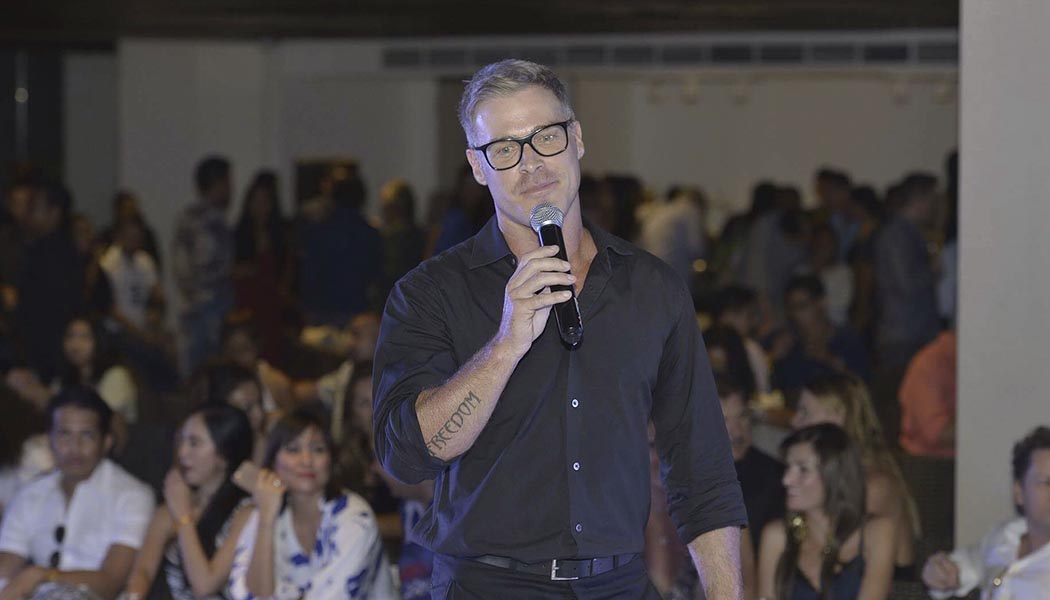 Who comes to your seminars, visits your website and gets curious about Andrew Eggelton?

Originally I trained TV Presenters, but now I focus more on entrepreneurs and business people as their mindsets and passionate vision stimulate me and the arc of their journey is more pronounced and rewarding. From the life coaching area I mainly help people who are feeling disjointed and lacking passion about where they are in life and the presenting training is for those who want to use the skill of speaking to camera or speaking live to enhance their business and career.

OK we’ve watched a few of your videos online and we’d like to throw a few questions back at you….

What’s your mission in life?

To allow others to shine and live as authentically as they possibly can and to find peace within myself. 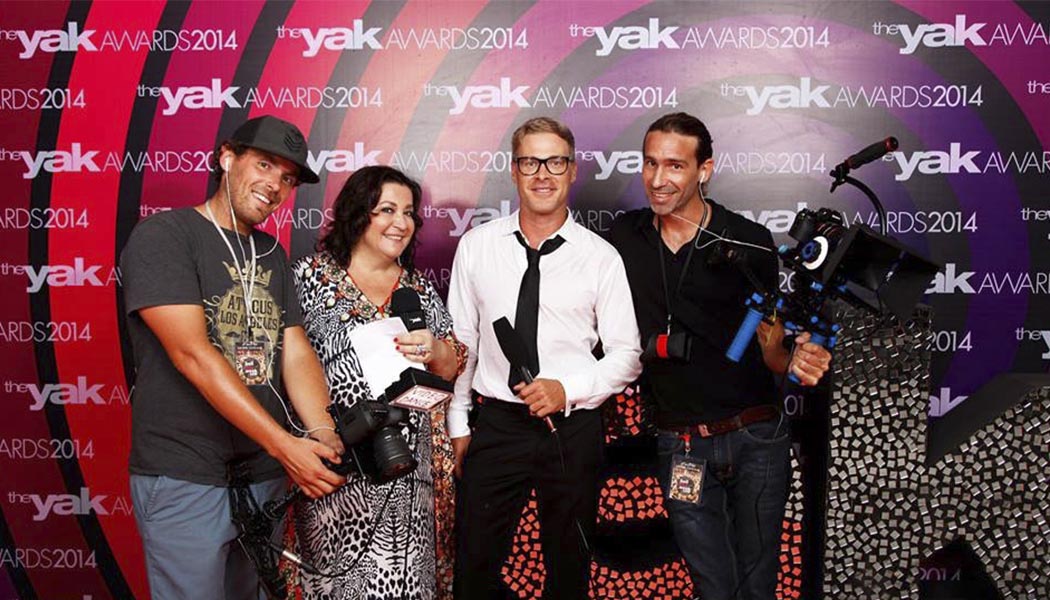 Every piece of experience, every memory, every high of success, every dark period, every time I’ve been knocked down on my knees and have had no idea how I was going to get back up again . . . let alone make a new success of myself, all this has created what I would call my X Factor.

Do you have a personal contract with yourself?

I don’t have a personal contract with myself per se, however I know that I’ve got one shot at this and if I can look at myself now and then and know that I’m giving it my best, that I’m a good man and I’m treating others as they deserve to be treated, then the rest will take care of itself.

Andrew thanks for time, it’s been illuminating.