She disappeared somewhere over the Pacific Ocean, but she left her stamp on history.

“I want you to understand I shall not hold you to any medieval code of faithfulness to me nor shall I consider myself bound to you similarly.”

Who do you think wrote these words?

Germaine Greer, perhaps, in her 1970 book, The Female Eunuch . . . or maybe Naomi Wolf, author of The Beauty Myth in 1991? Should we time-travel back to 1949 and peruse Simone De Beauvoir’s The Second Sex.

While these women were/are certainly doyennes (if indeed one may use the term) of the feminism movement, the answer in each case is … no.

No. We have to go right back to February 7, 1931, to a house in Noank, Connecticut, where George P. Putnam (aka G.P.) received a hand-delivered letter from his bride-to-be, Amelia Earhart (born July 24, 1897). They were married on that day, in a bonding that Earhart described as “a partnership with dual control”.

July 2, this year, will mark the 75th anniversary of her disappearance (somewhere in the central Pacific) while attempting to make an airborne circumnavigation of the globe in a twin-engine Lockheed Electra. She took off on her flight – into the history books of aviators (in those days she was referred to as an aviatrix) whose eventual fates are surrounded in mystery and conjecture – from the small town of Lae in, Papua New Guinea.

In a somewhat flowery piece of erudition in a 1937 clipping from an unidentified newspaper, Edwin C. Hill wrote: “Our Number One Lady Bird is winging her way around the globe, following the equator as close as may be. And she’ll probably land about where she started, right side up, as calmly as you please, for that’s the way Amelia Earhart does things, thrilling things, time after time, hopping continents and oceans with no fuss at all. She is the feminine equivalent of (Charles) Lindbergh, whom, curiously, she somewhat resembles.”

If, however, you do a web search for documents relating to Amelia Earhart you will find that, still, many are marked “restricted”. Conspiracy theorists rejoice! 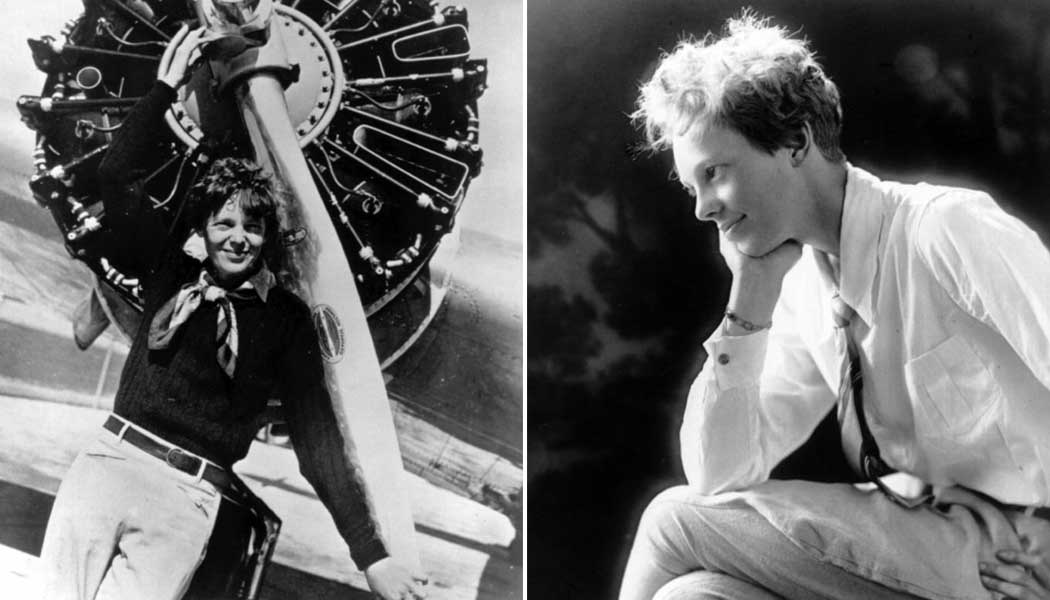 Perhaps she was beamed up by space aliens somewhere in the vicinity her last planned landing point – a tiny speck in the middle of the ocean called Howland Island.

But space aliens aside, another newspaper clipping (“As Told to Hanna Stein”) from the early 1930s reveals Earhart’s take on gender politics, which, it might be said, was ahead of its time: “To be the first woman to fly across the Atlantic is one thing; to be a wife is quite another. And now that Amelia Earhart is married, we know it is the public interest to get her point of view on the financial agreement in the home.

“Women are the better for their economic independence,” said this favorite daughter of America.

“It’s a wonderful feeling to know that one has earning facilities, and I wouldn’t give them up for anything.

“There were definite duties for girls and duties entirely distinct from them for the boys. And year after year the two sexes went along believing that neither could do the other’s job. But now that we know better, why should we still continue to humor an old tradition that has outlived itself?”

While there is still much speculation about Earhart’s flying abilities and competencies, the fact remains that she was the first woman to fly solo across the Atlantic (in May 1932), from Harbour Grace, Newfoundland – landing after 14 hours 56 minutes in a pasture at Culmore, near Derry, Northern Ireland. 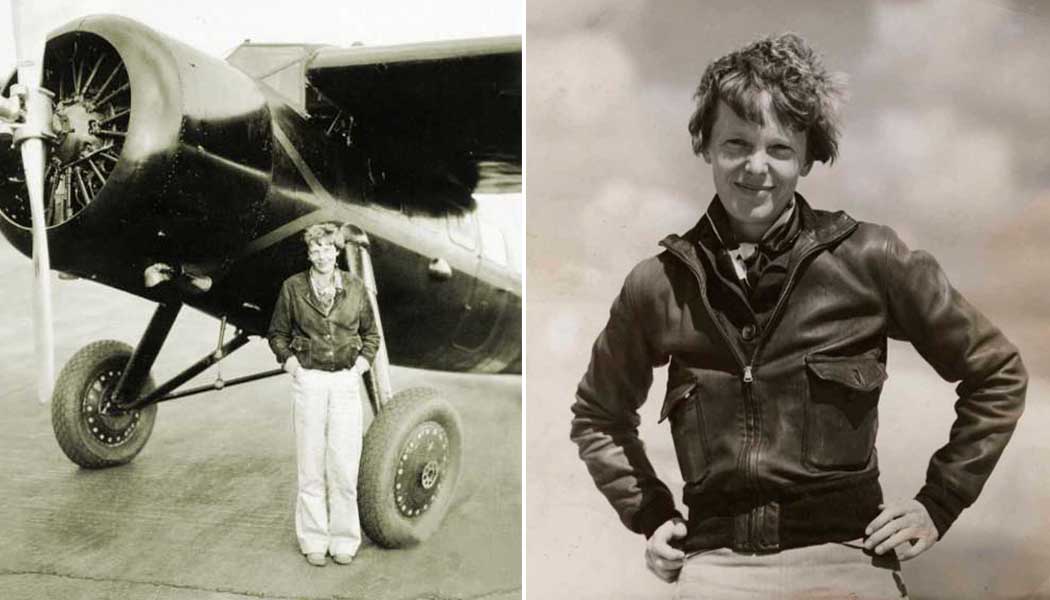 For this feat she was awarded the Distinguished Flying Cross from the U.S. Congress; the Cross of Knight of the Legion of Honor, from the French government; and a Gold Medal from the National Geographic Society.

She was feted by presidents and princes; by high society; and others whom she inspired with her flying adventures; and stances on the position of women in society.

But another anecdote speaks more to her character …

According to Wikipedia: “During the race, at the last intermediate stop before the finish in Cleveland, Earhart and her friend Ruth Nichols were tied for first place. Nichols was to take off right before Earhart, but her aircraft hit a tractor at the end of the runway and flipped over.

Instead of taking off, Earhart ran to the wrecked aircraft and dragged her friend out. Only when she was sure that Nichols was uninjured did Earhart take off for Cleveland but due to the time lost, she finished third.”

Amelia Earhart achieved much during her – relatively short – life: She set many other records, wrote best-selling books about her flying experiences and was instrumental in the formation of The Ninety-Nines, an organisation for female pilots. Earhart joined the faculty of the

Purdue University aviation department in 1935 as a visiting faculty member to counsel women on careers and to help inspire others with her love for aviation. She was also a member of the National Woman’s Party, and an early supporter of the Equal Rights Amendment.

Regardless of what actually became of her over a lonely and landless stretch of the Pacific Ocean, 75-years-on she remains an inspirational symbol not only to women of the world, but also that other gender which likes to think it holds all the cards.