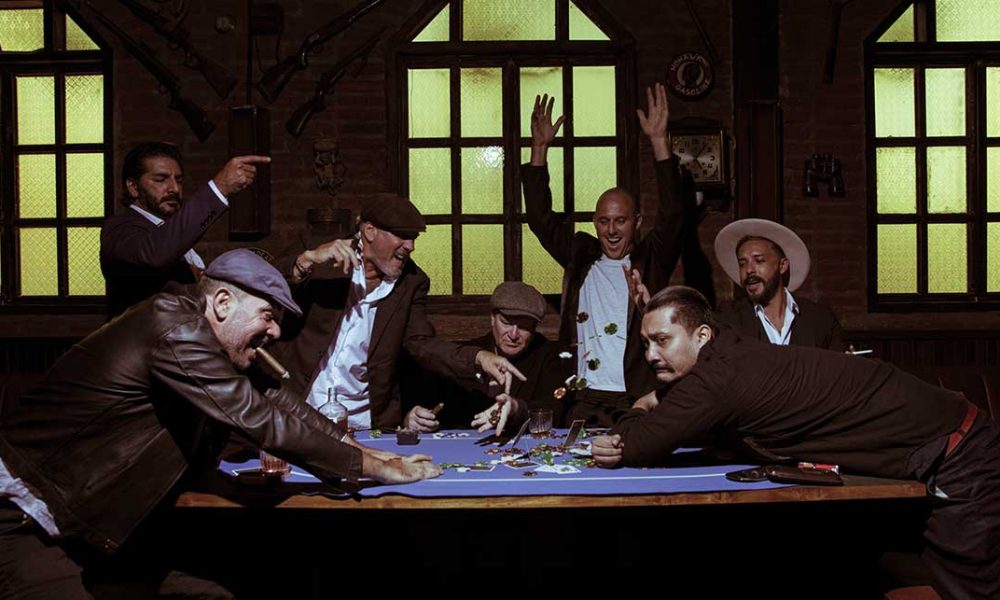 What does it take to succeed in Bali’s competitive club scene? We gathered the island’s Rat Pack at seminal speakeasy 40 Thieves to discover what it takes become – and stay – Bali’s street corner boss. Images: Oscar Munar. Words: Karen Donald. 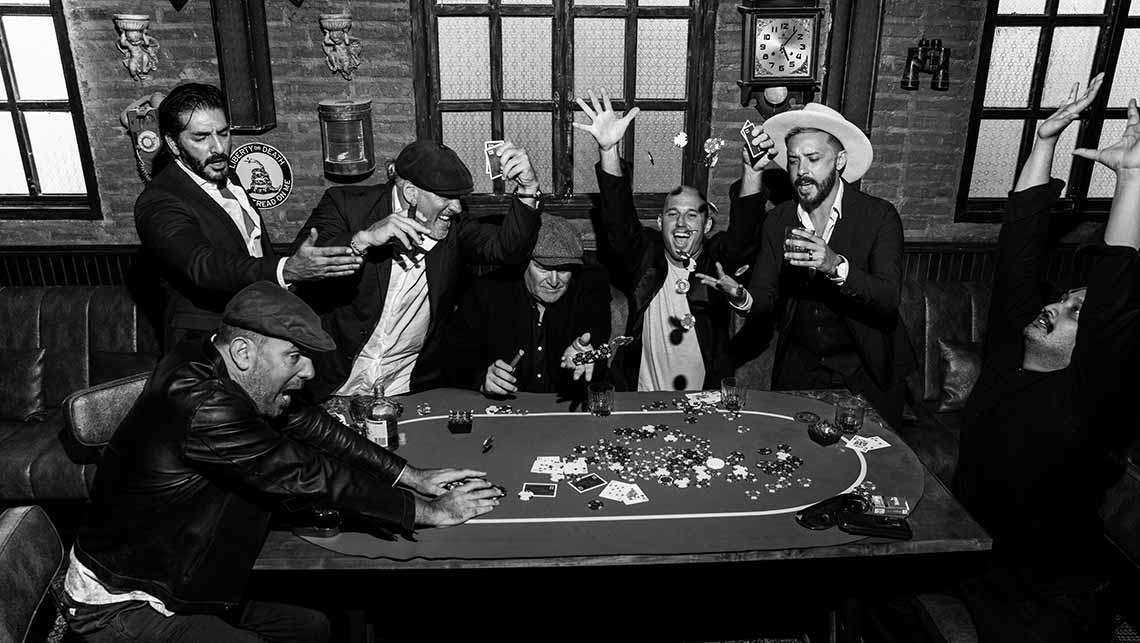 Paul has worked in the entertainment business for the last 30 years promoting festivals for up to 50,000 people. Inspired by the birth of acid house in the UK, he promoted seminal Bristol clubs and raves before a move to London introduced him to the international club scene. Aligning himself with UK super club GodsKitchen, Paul led their international division for the best part of the next 15 years. He was also instrumental in the growth of festival brand GlobalGathering, one of the first multi-day music festivals in the UK. Paul first visited Indonesia in 2003 bringing Armin van Buuren to Jakarta for a Godskitchen event, one of the first major outdoor dance music events, attracting 15,000 people. Shortly after arriving in Bali he joined the Hakkasan team as Director of Marketing and launched OMNIA & Sake no Hana Bali. Paul now oversees all of Hakkasan Group’s projects in Indonesia. “I have always made it a priority to learn as much as possible about the local culture when entering new international markets”, Paul says. “To understand the nuances that are not necessarily obvious on the surface but are deeply important when conducting business in different countries is essential to genuine success. Also having the ability to be flexible and adapt your brand (whilst maintaining core values) is essential. Dare to do things differently, push boundaries, don’t accept can’t as an answer. Most of all, I try to be grateful every day for the opportunities I have, and always do my best.” 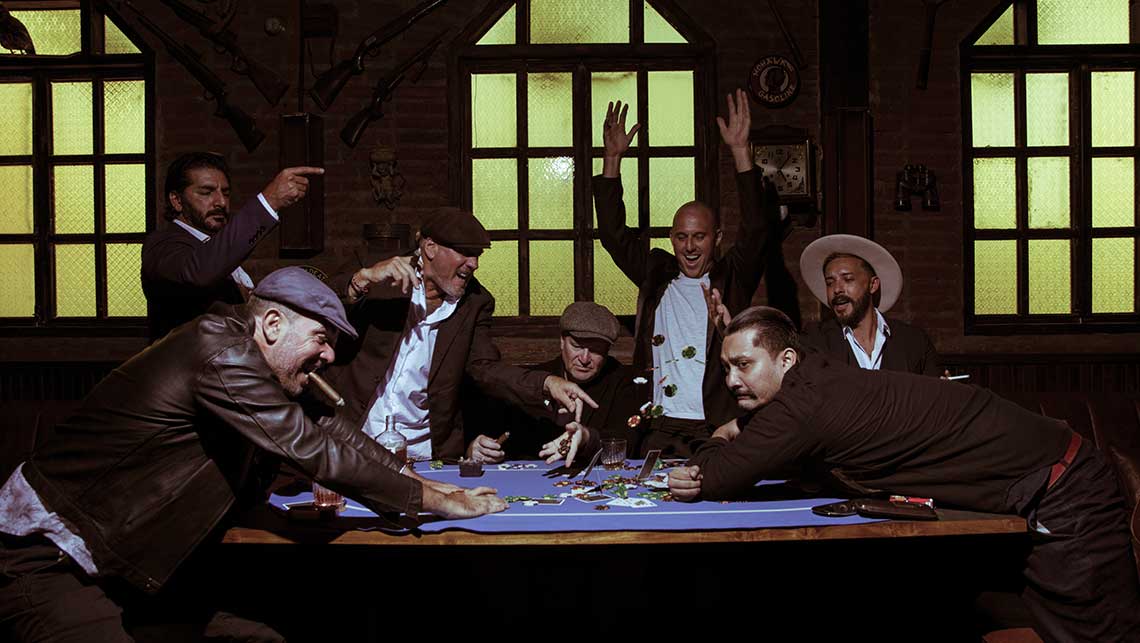 Founder of Tropicola Beach Club, Adrian Reed first arrived here on regular surfing holidays with his parents. Adrian’s creation Tropicola is a beautiful spacious venue with reminiscent of an Ibiza beach holiday. It’s equipped with swimming pools and three bars that serve all the piña coladas one could possibly want, accompanied by mind-blowing sunsets and top quality food. With killer music Tropicola is a beach club with a big personality. Adrian says: “You need to be an extraordinary leader, and what makes an extraordinary leader is someone who leads by example with lots of compassion, love and understanding, with an extremely strong mindset where there is no such thing as ‘wrong’, which allows everyone within the business to be motivated firstly to innovate with no fear so that what they do will have no consequence if it’s wrong. That is a significant quality for most leaders.” 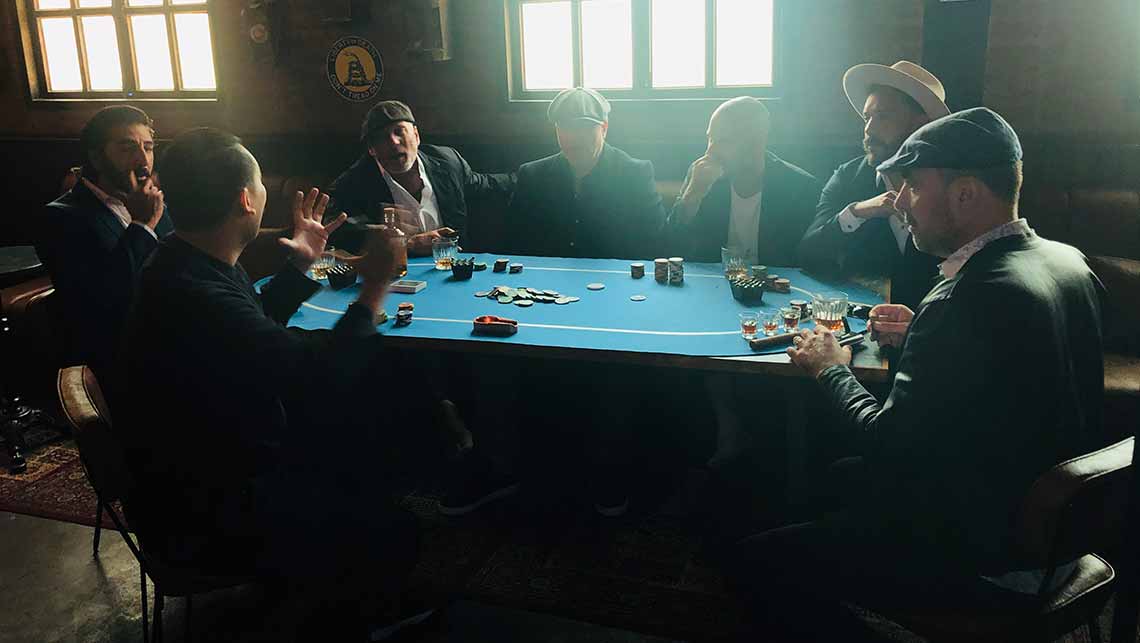 Mark became Britain’s first-ever professional skateboarder in the ’70s – a member of the legendary Dogtown crew from Venice, California. He was at the forefront of international nightlife and lifestyle trends for over 30 years, owning and operating some of the world’s most legendary and prestigious restaurants, clubs, lounges and supper clubs including Lotus and Double 7. He is currently the “Ambassador of Fun” at OMNIA Bali, as well as founder of Beachgarden Organic Kitchen and In the Raw, Bali’s very first cold-pressed juice company. “To succeed in the nightclub business takes nothing less than 100 percent commitment and a ‘Never give up’ attitude”, explains Mark. “One day you’ve got the hottest club in the world, the next it’s yesterday’s news! It’s a brutal business and lifestyle and certainly not for everyone. You have to be on all the time, there’s little rest and it’s tough on relationships. Most don’t survive in our world. ‘You’re only good as your last party’ is a good motto to remember when you think you’re the boss. But when it all comes together and your party or club is going off, there’s nothing in the world quite like it.” 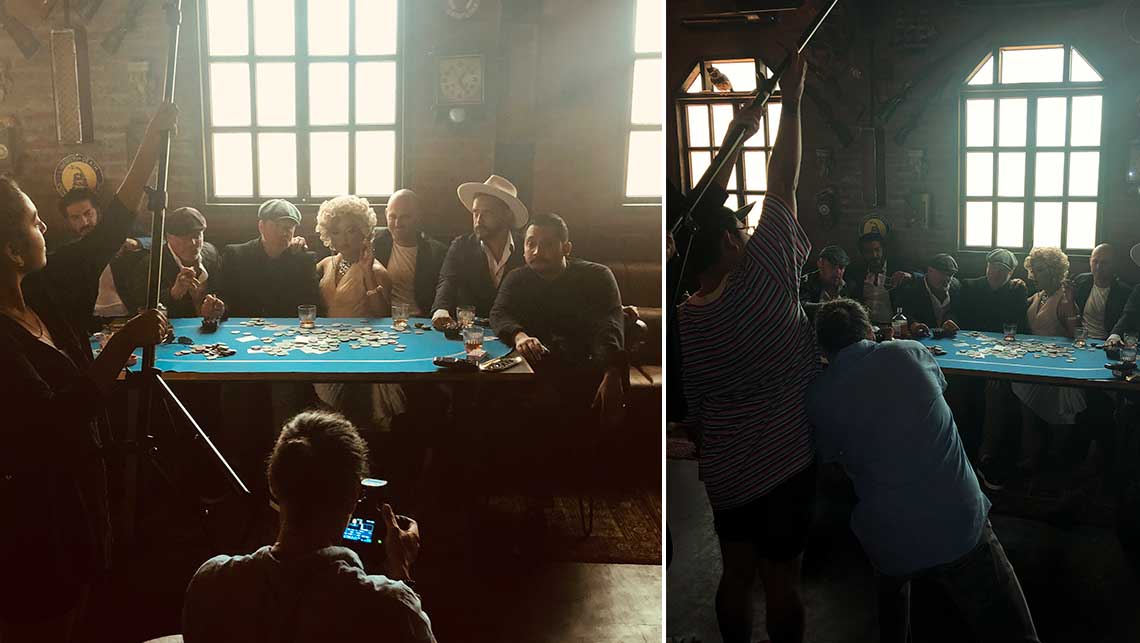 Will Hayden is Marketing Manager for Mexicola Group, which includes Mexicola, Da Maria and Luigi’s Hot Pizza. Motel Mexicola hit the scene during 2013 as a unique venue offering good times and authentic Mexican food all fuelled by great tequila. Co-Founder Nicolaza Que Pasa created a wild slice of Mexico and it was an overnight sensation, with beautiful clean lines and bright colours nestled amongst the coco palms and glassy swells of Seminyak. “Marketing has always been my passion,” states Will. “I have been blessed to experience a 360-degree view of business during my career development – back in my country Costa Rica, then in New York and now in Bali. I’ve worked in advertising, production, sales, entertainment, and I’ve been the client – this has given me an opportunity to understand the business as a whole. If you want your brand to be successful you have to be your brand’s number one fan – you breathe it, you Iive it, with passion – that way you become your brand’s target, and then you know exactly how to build it up.” 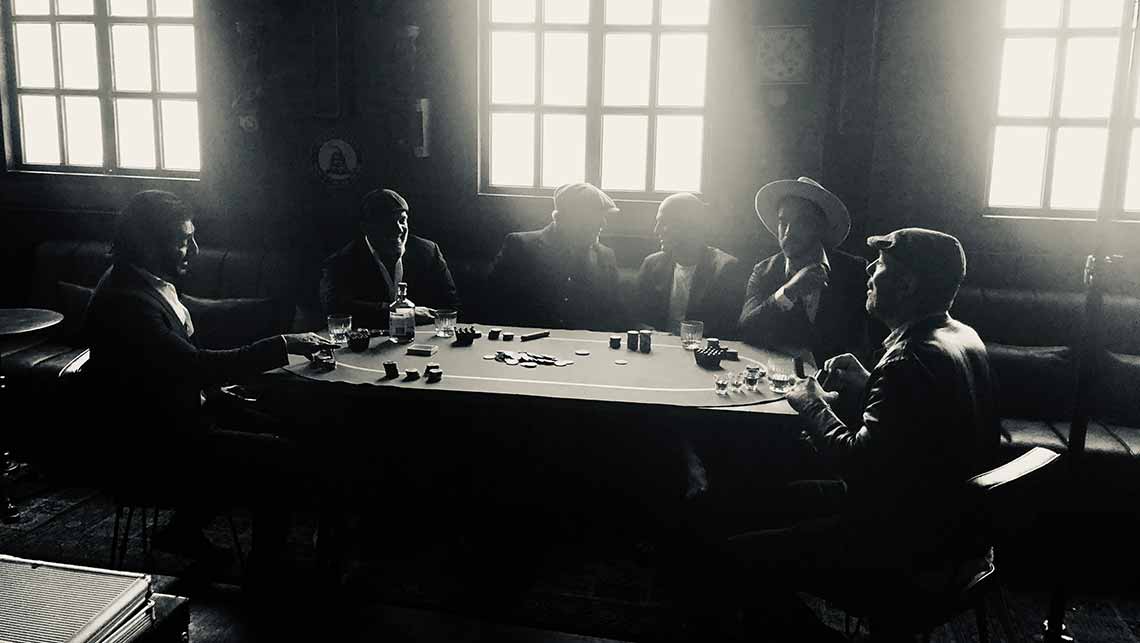 Born and raised in Dubai, U.A.E, and originating from Iran, Mac continued his studies and work experience in Miami before heading to Europe and extending his knowledge within the media and hospitality industry in Rome and Stockholm – where he also opened an advertising company and a solarium franchise. Since moving to Bali in 2008 Mac has been actively managing, consulting and owning several nightclubs. His first bar was Ma In Lo, in Kuta, which became a direct hit. Next came Mbargo, VIP and the first pure electronic music venue, Mint. Soon after he opened the late night club Pyramid which held a capacity of 1000 pax every weekend and became everyone’s late night destination. Opium was his next venture along with their signature Full Moon beach parties then Mac headed to Sky Garden as a consultant and Red Ruby Bali before opening Rebenga Lounge & Kitchen. His latest project is ShiShi Bali in Petitenget. “I believe in leadership, hard work, knowledge, networking, and patience”, says Mac. “Being able to offer a great service, fully understand the local culture and have the ability to train staff, with good legal and government connections – these are some of the key factors required to succeed in the nightlife business in Indonesia.”

Forty-year-old David Iglesias arrived in Bali as a young entrepreneur in 2003, and after spending a few years enjoying the good life he and his partners founded El Kabron in 2011. He was running El Kabron until January 2018 when he took a break to focus on his two babies. Now his brother Jesus and the new management are running the new El Kabron: inspired by Spanish cuisine and ambience. The unique restaurant and hedonism lounge concept is located in the heart of Uluwatu and is known for hosting parties with no expense spared – including make up artists, dancers, fire-eaters, fireworks, magical sunsets, and top notch DJ’s. According to David “There are many ways to succeed as a quick one-off business. But the key to long-lasting success – especially when the competition is growing very fast – is to keep yourself surrounded by a great team and evolve faster than the others without loosing the roots that brought you to the top in the first place.” 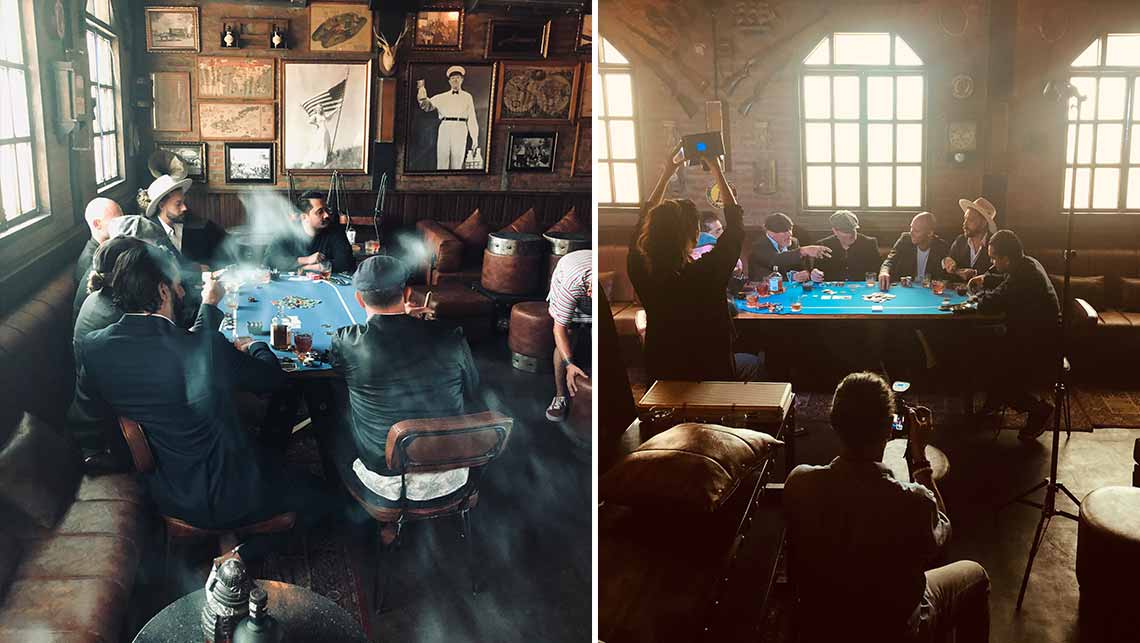 40 Thieves Club is the first installation of the Midnight Brigade Group of Boutique and Bespoke Concepts. The brainchild and sole proprietor Shah Dillon – a Singaporean/Malay native started off bartending when he was just 16 years old. With so much love and passion for the trade, he quit school and decided to pursue the drink-slinging profession. With over 10 years experience in the craft, and working in some of the most highly regarded establishments in Singapore, Shanghai and Sydney, Shah finally emptied his savings and made the dream a reality – the 40 Thieves Club was born!

According to Shah: “To succeed in this kind of business you must build the relationship first, then build the business: this is something I strongly believe in. You can have the best decor, concept, and product, but without building a relationship and a connection with the community and any guest that walks through the door, it will feel just like any other bar with no soul. “Remember the guests name, remember his favourite seat, remember his favourite drink or make him the drink before he orders. The bartender, the waitress, the parking guy, everyone has to think as one. Fly them out for a guest shift at other cocktail bars around the world and expose them to the bartending community. My bars are a bit different than the other boys in the group, mine is a speakeasy small bar concept, so it’s a small team and heavily focused on the product, concept and personality: hence that’s what I feel it takes to succeed.” 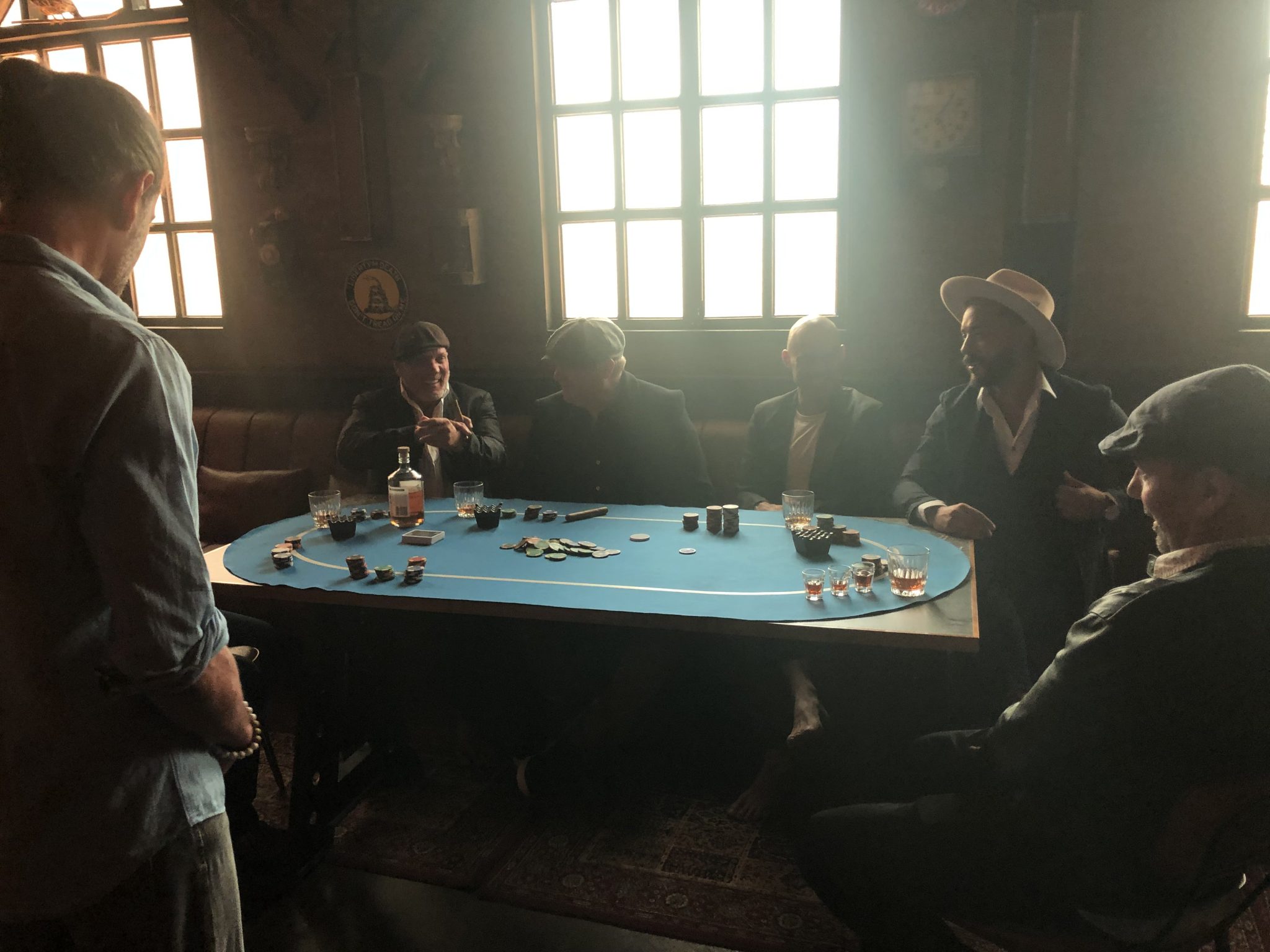 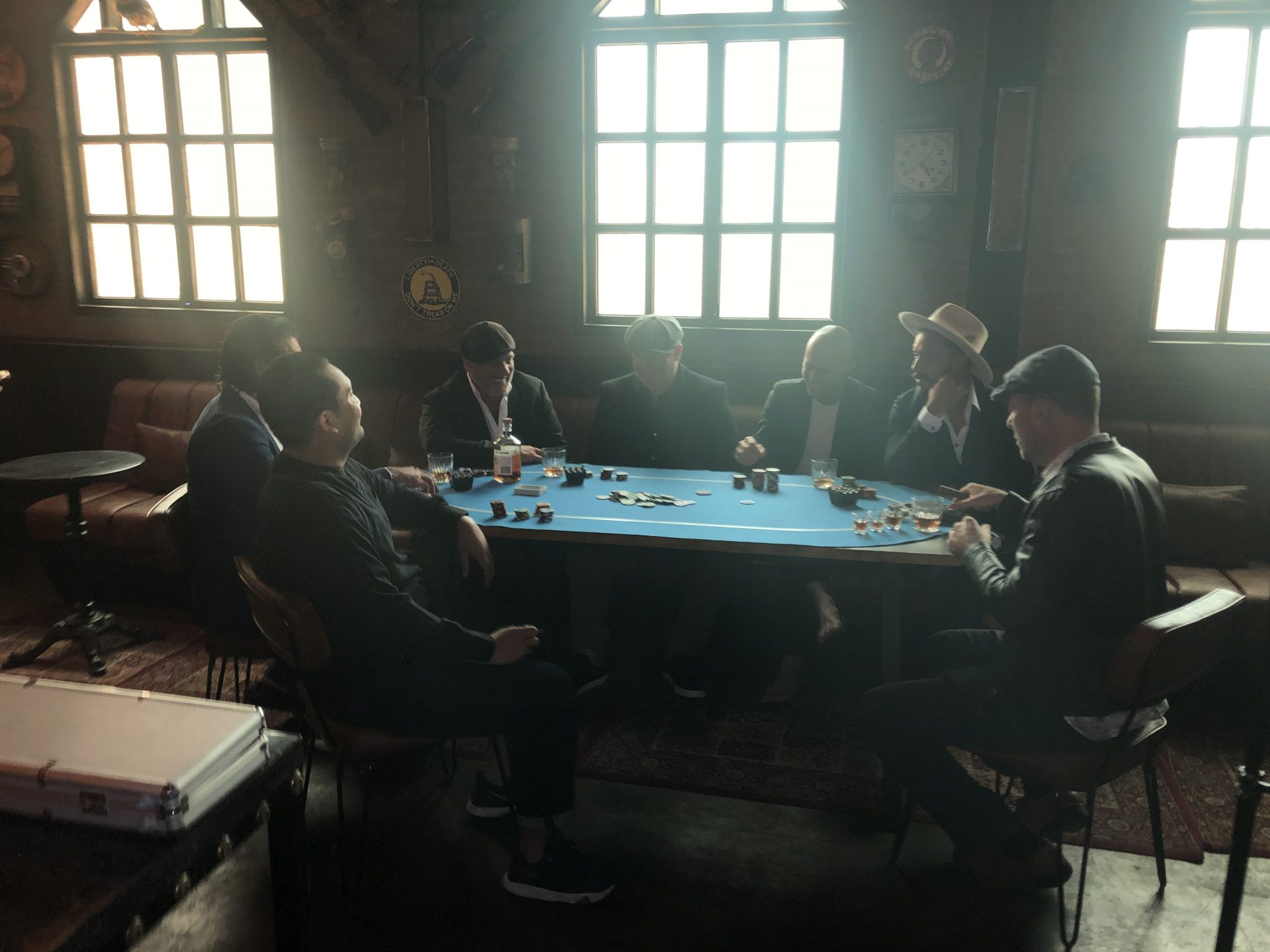 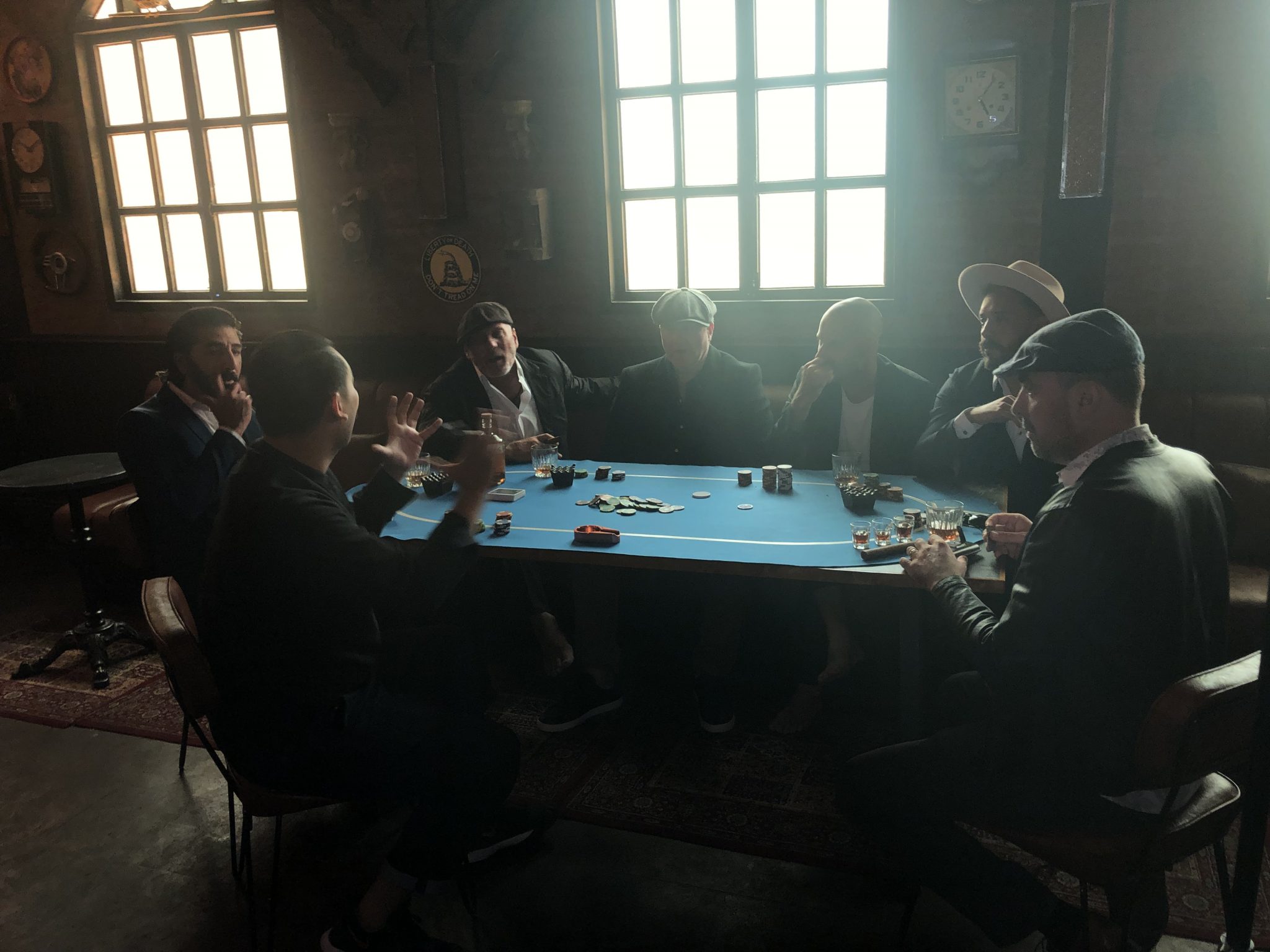 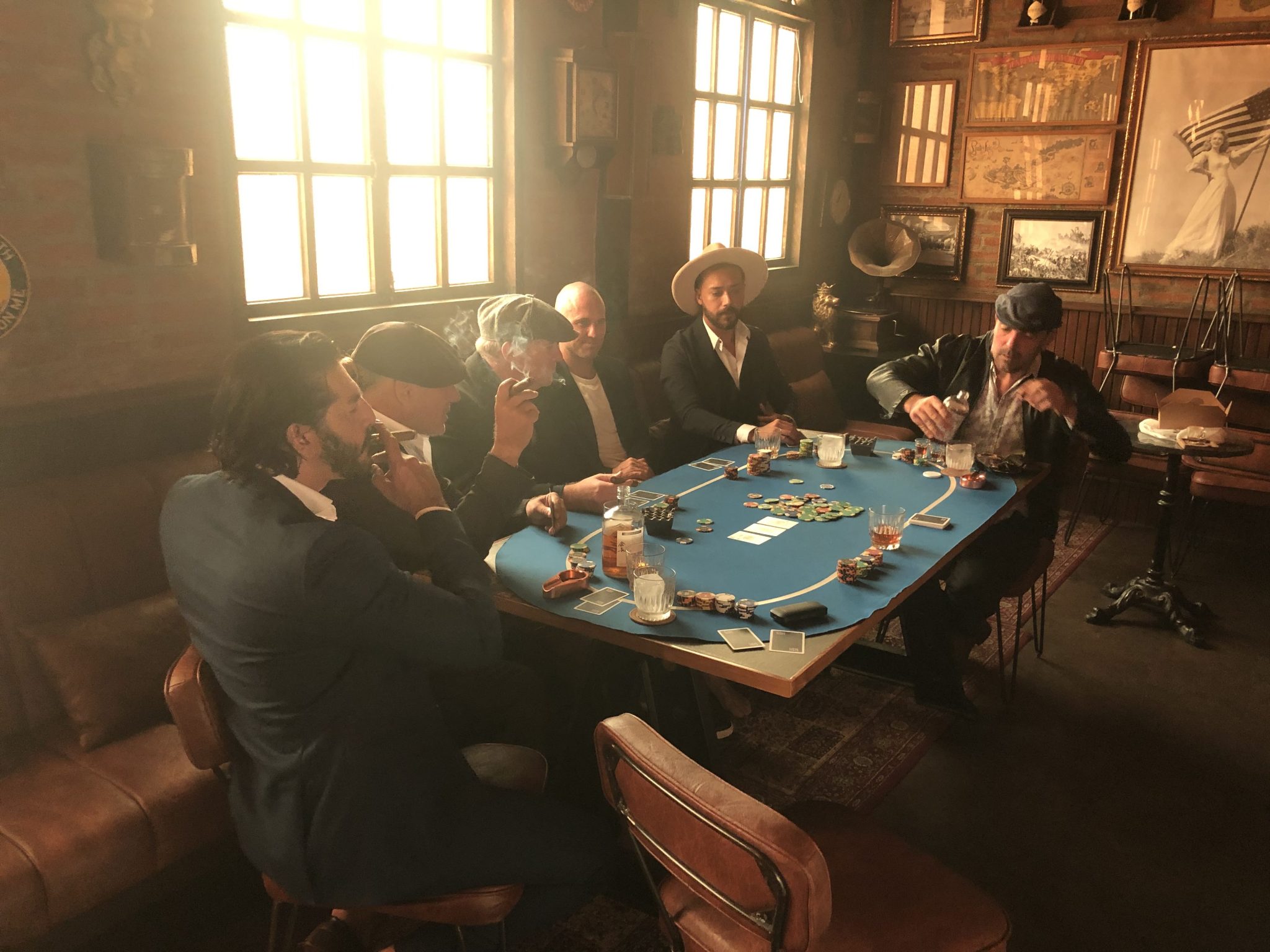 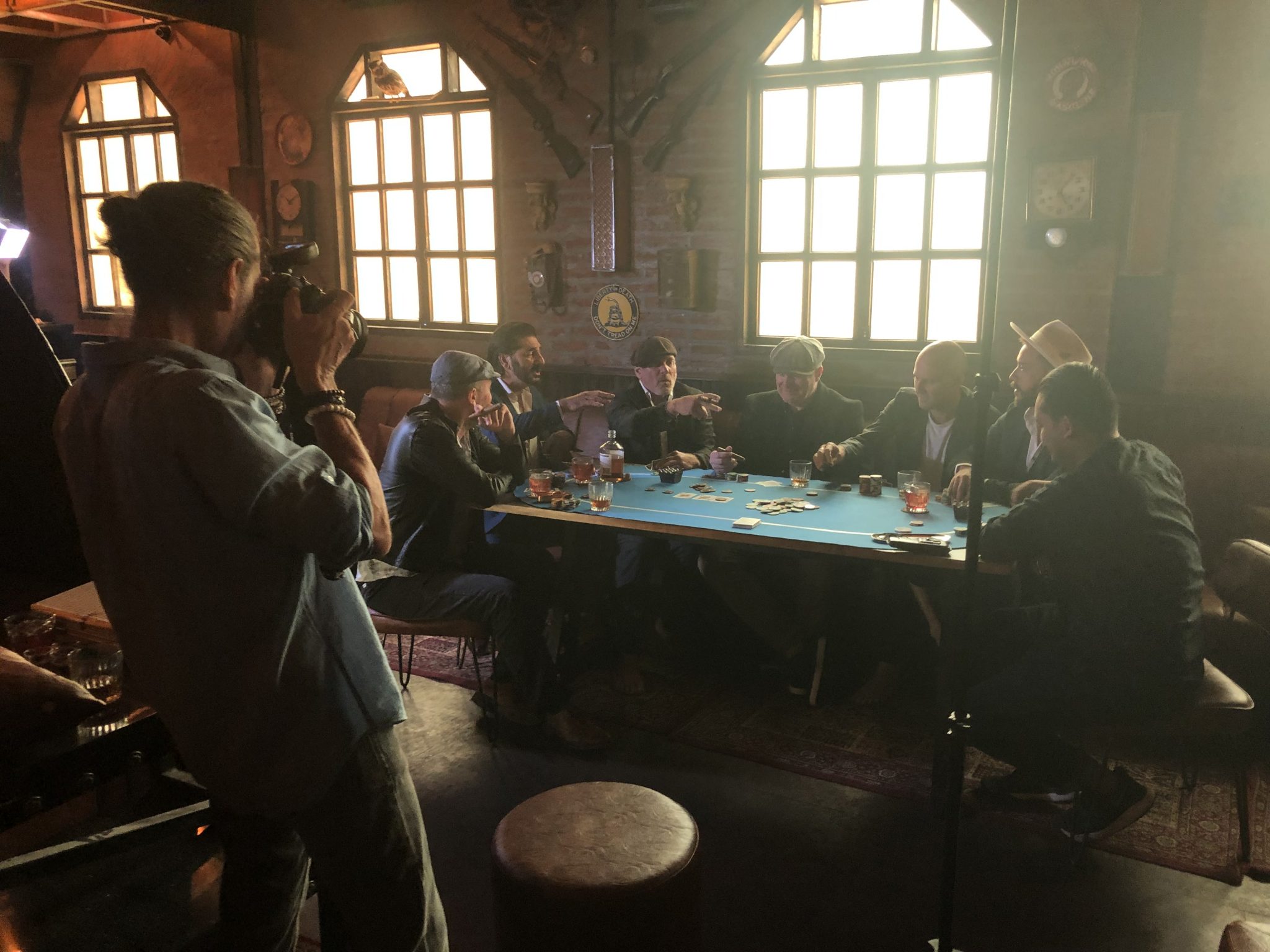 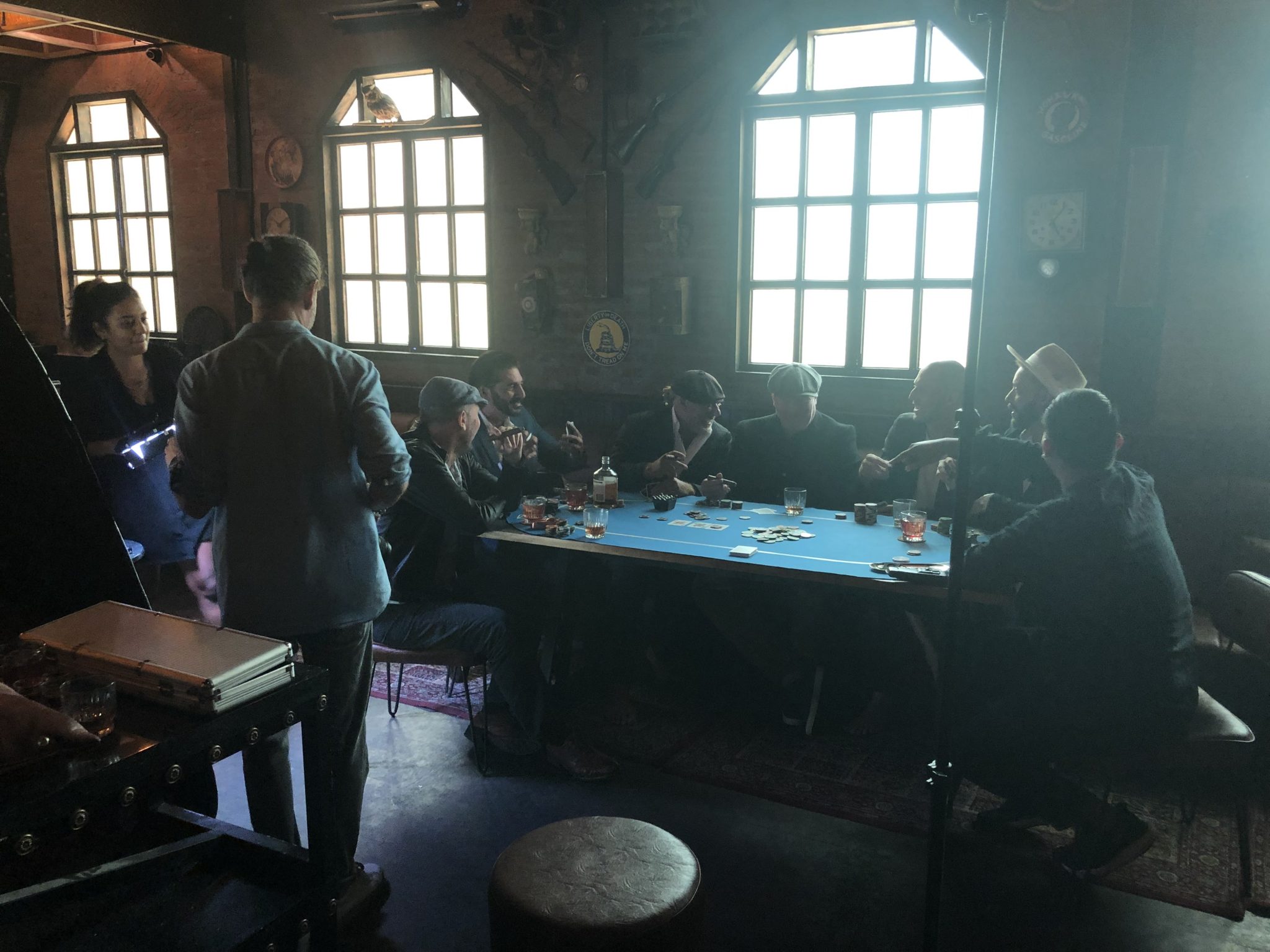 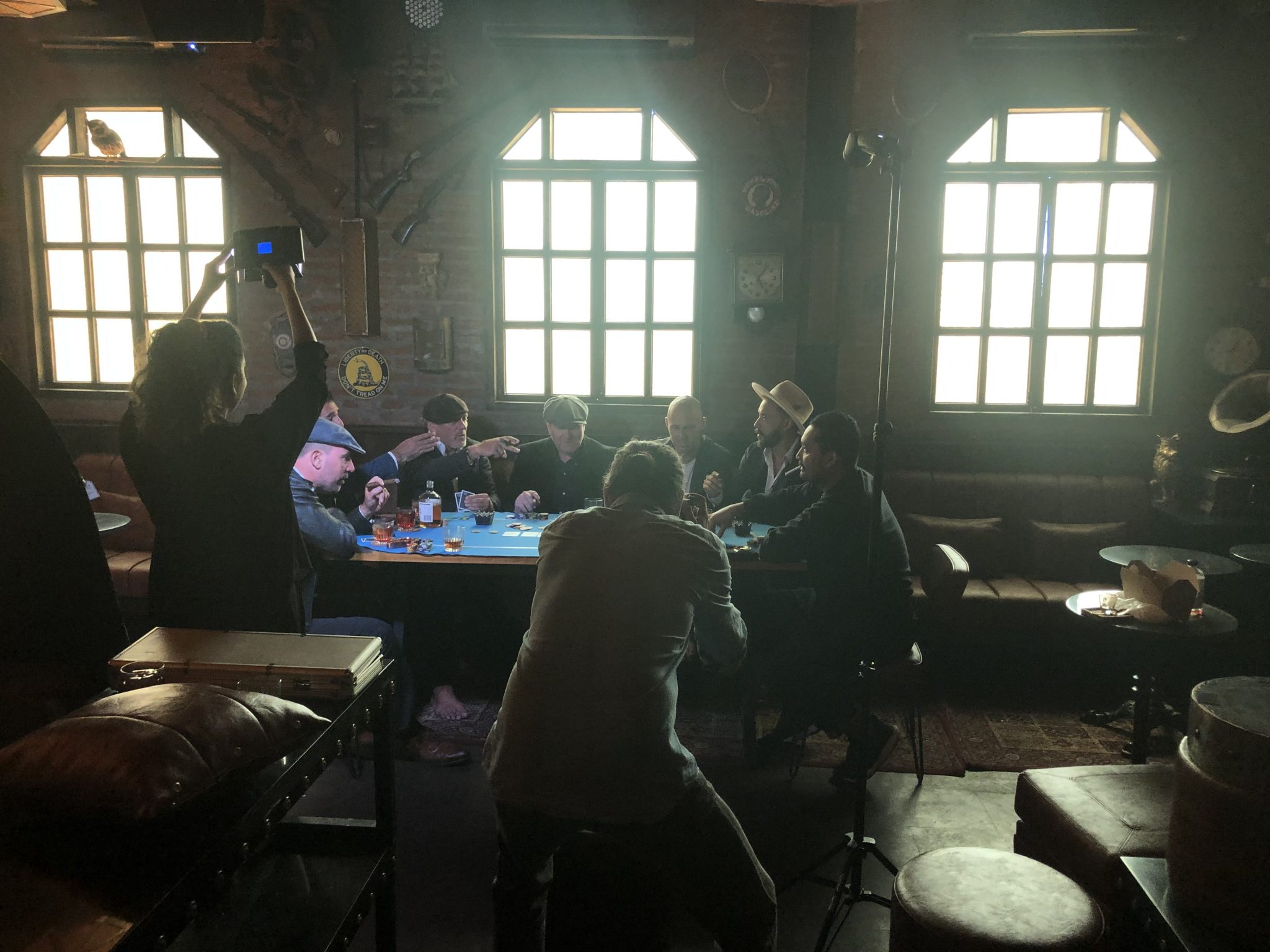 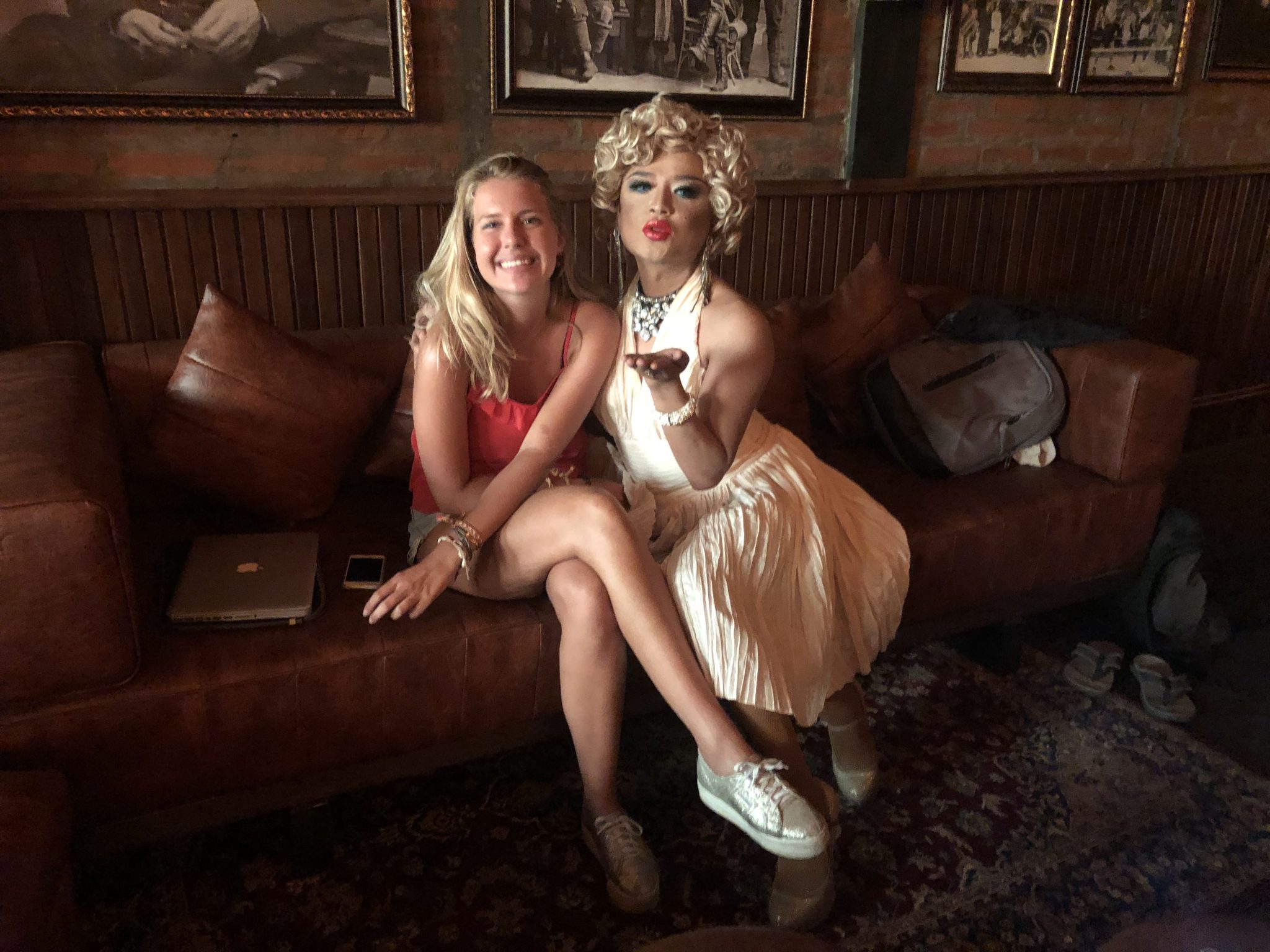