A Royal Tour of Duty 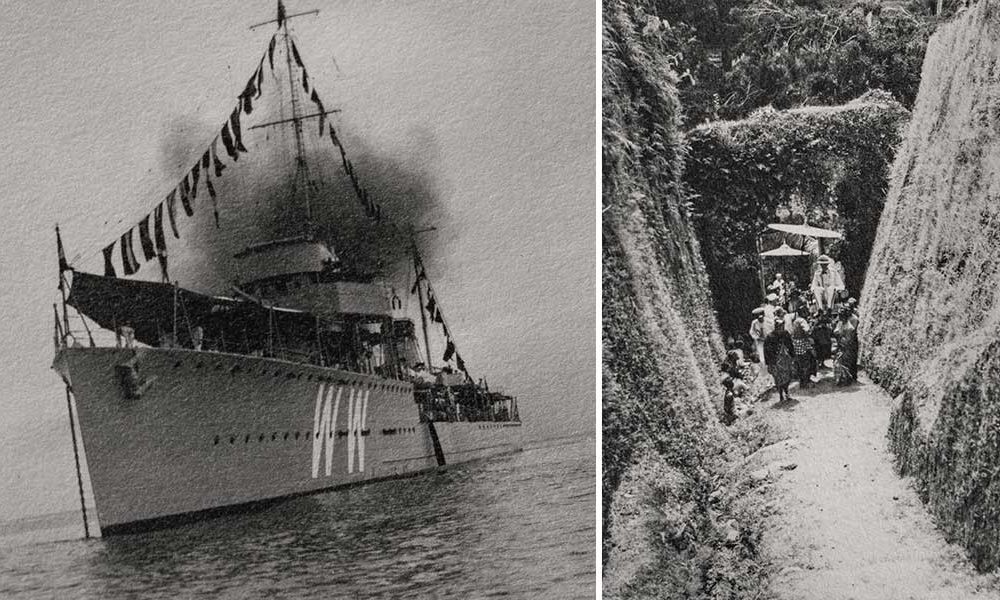 Willem de Jonge – who’s grandfather was he last Dutch Governor General of Indonesia – shares a family album of some note. 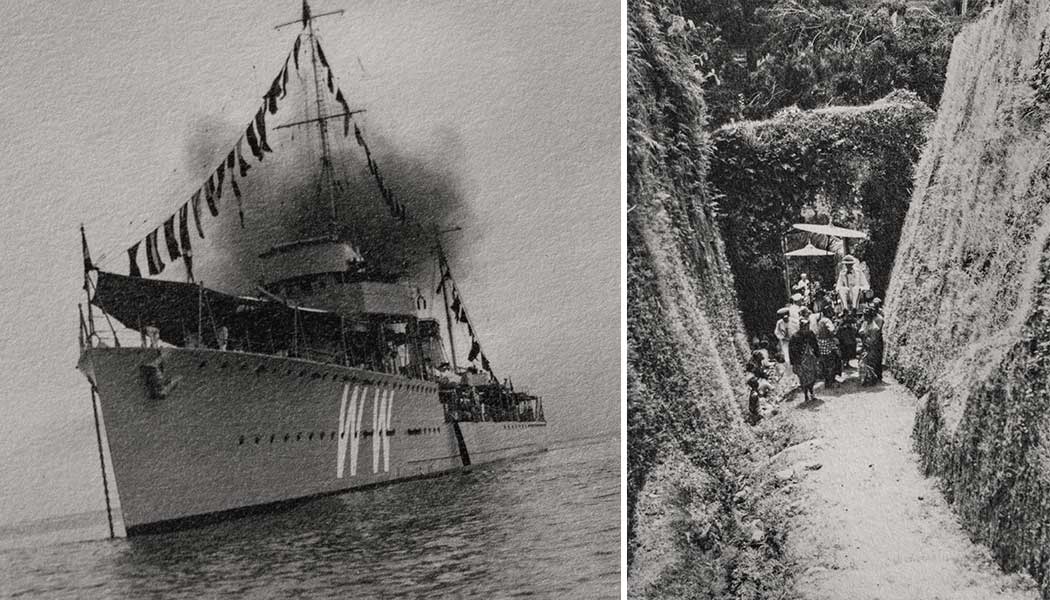 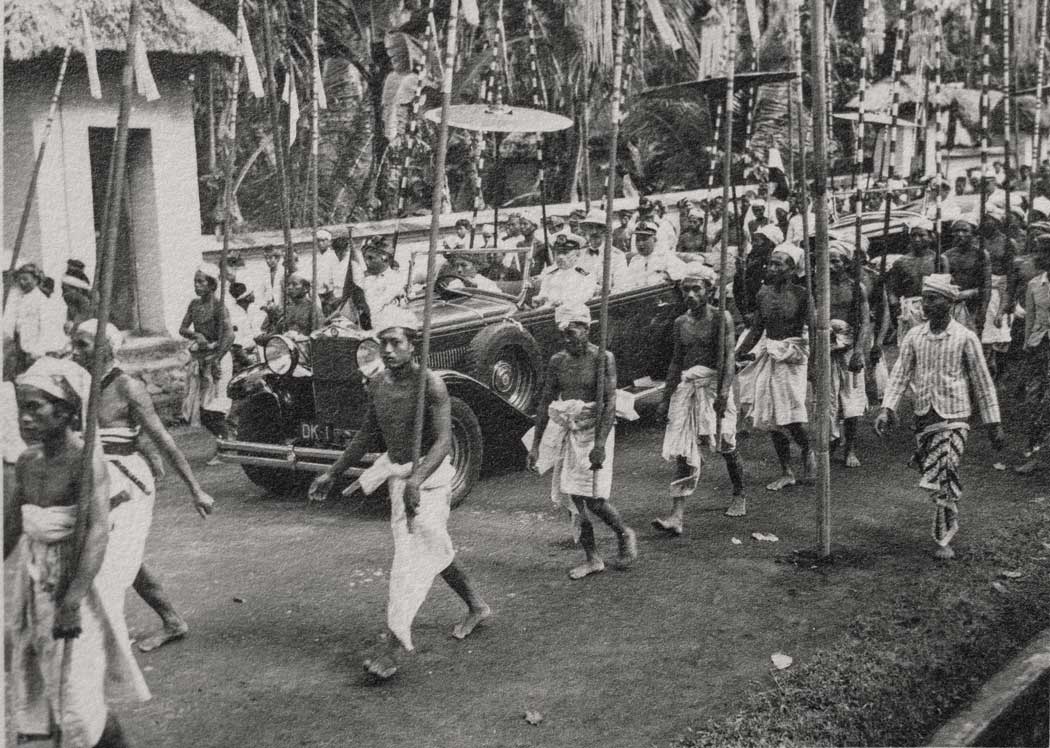 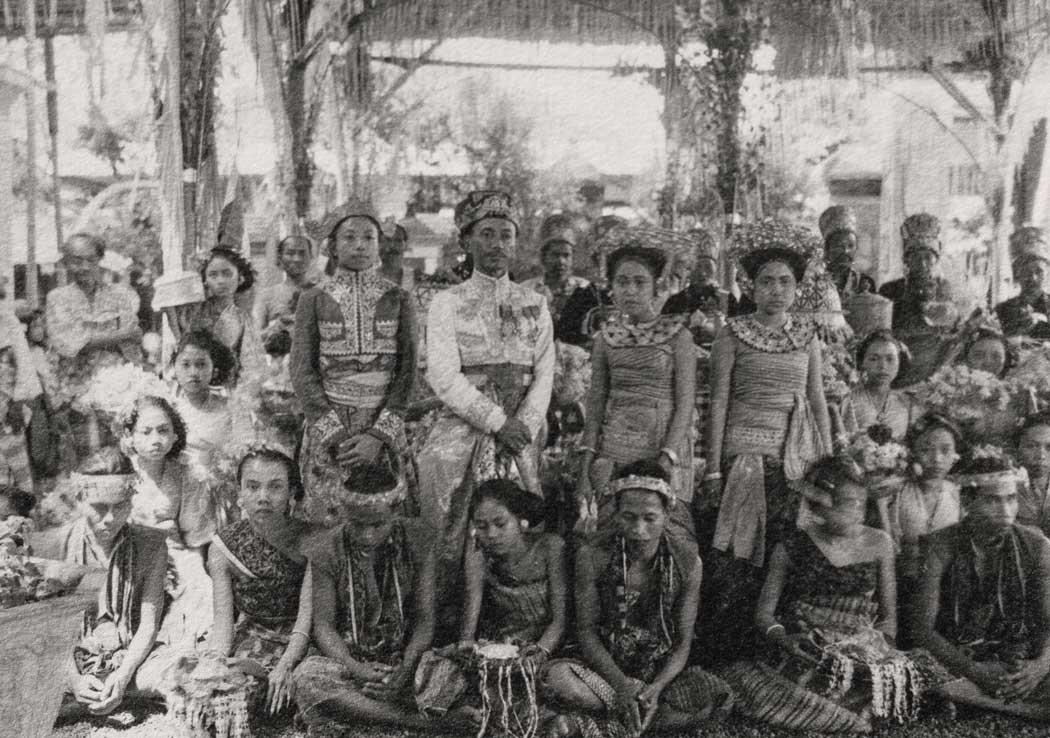 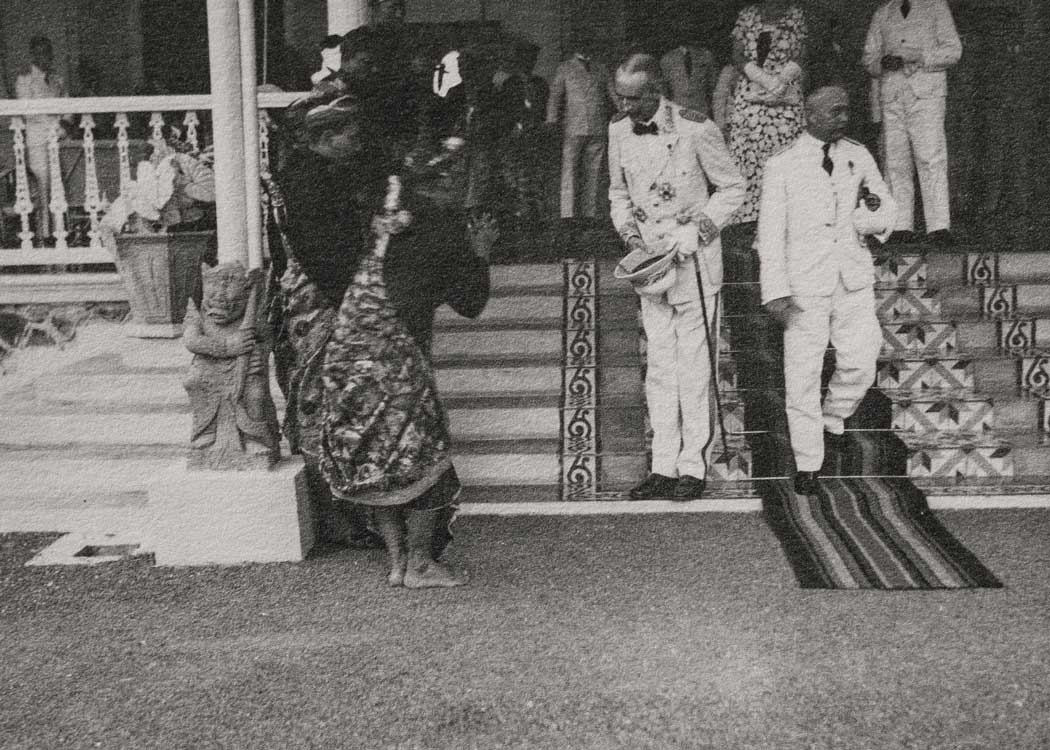 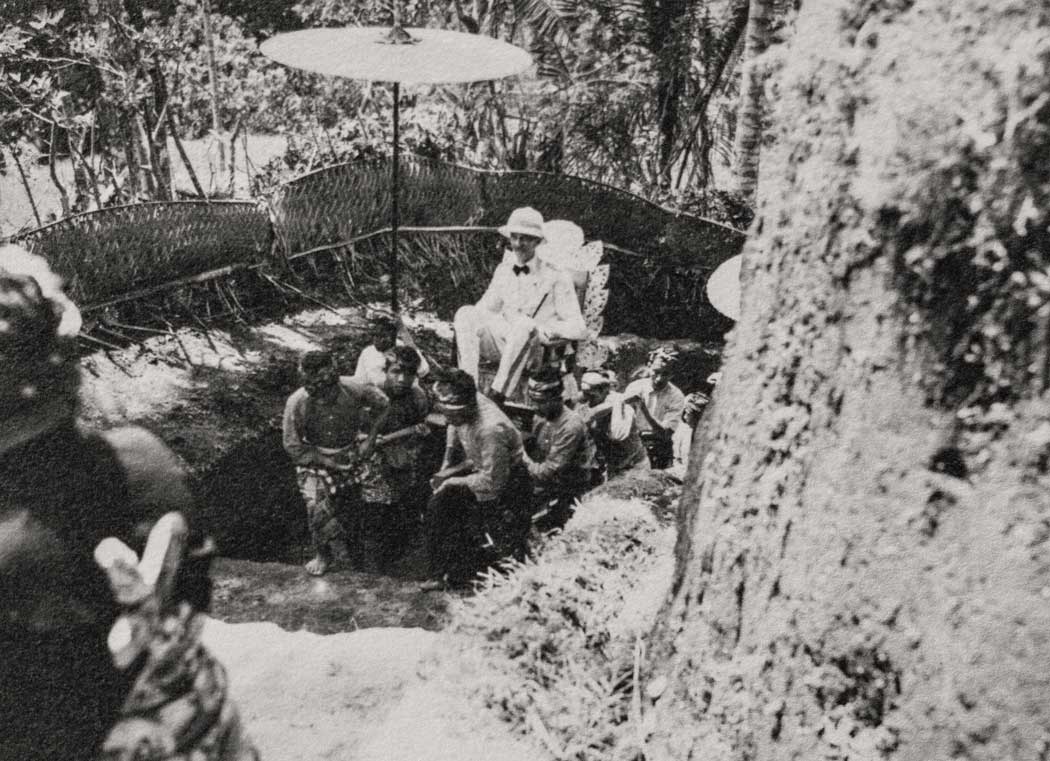 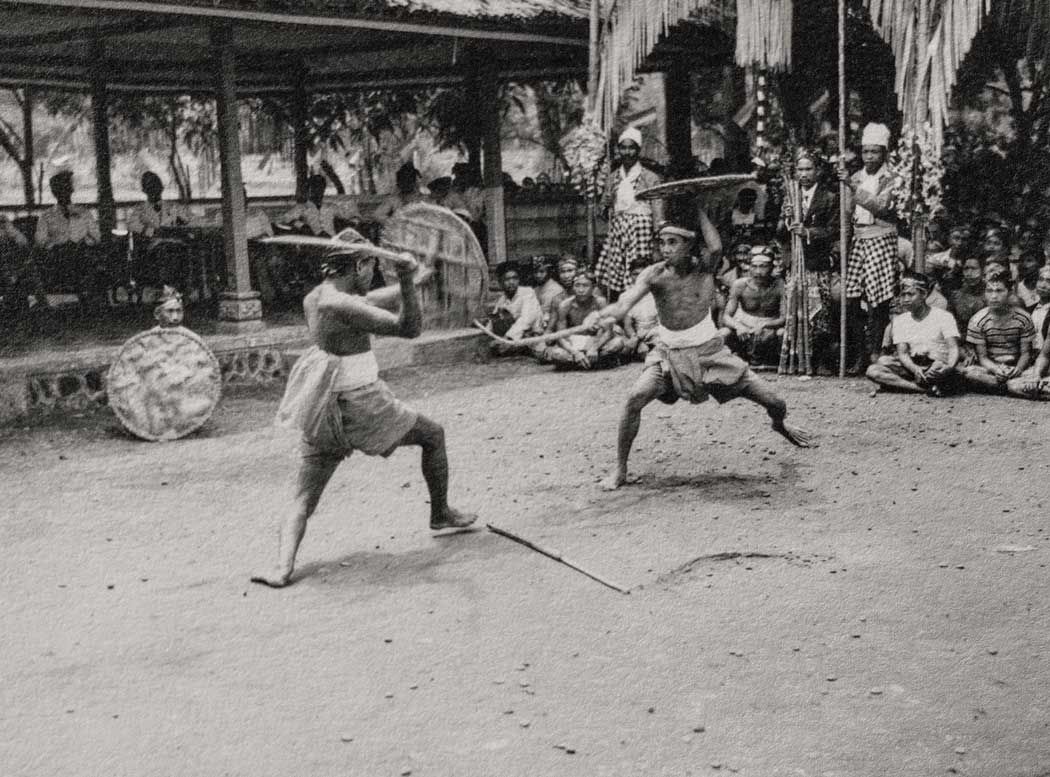 My grandfather Jonkheer Bonifacius Cornelis De Jonge was Governor General in the Dutch East Indies from 1931-1936. [Governor General was the equivalent of what the Viceroy in India was to England]. He married Anna Cornelia Barones Van Wassenaer and with their four children they lived in Bogor Palace on Java. My father Johan Antoni De Jonge was his father’s Aide de Camp from 1932-1936.

The family travelled extensively throughout the archipelago, including an official visit to Bali in April 1935, during which these photographs were taken by national and international press agencies, court photographers and the family.

Together they form a unique and historically rare collection of 1250 images spanning his tenure as the last Dutch Governor of Indonesia, “A souvenir of life on and around the Throne of Bogor”, as it was dramatically called. The photographs in this article are combined with a short text translated from my grandfather’s diary.
My name is Willem De Jonge. If you would like more detailed information about the collection you can contact me at: willemadriaandejonge@gmail.com 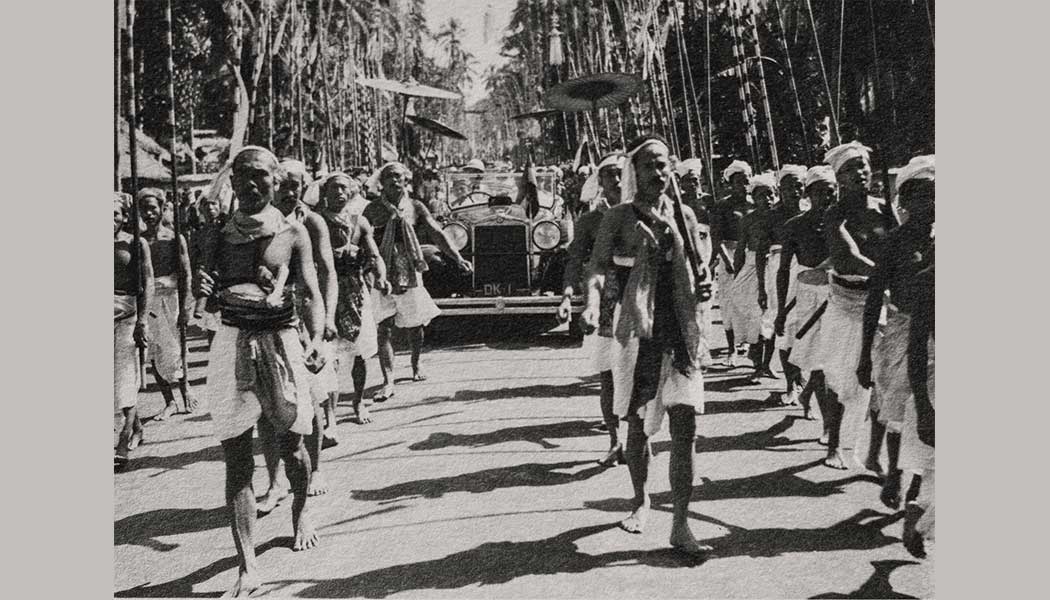 Wednesday 10 April … We left for Banjouwangi where we boarded on H.M S. “Prins Van Oranje” arriving in the late afternoon in Boeleleng on Bali, the start of a beautiful tour around the island. We held a reception that day at the house of Resident De Haze Winkelman and dined without guests. The next day we visited a Lontar Library, where I was offered a Lontar book.

We then witnessed the Running of the Bulls in the Poera of Sang-sit, after which we drove along the “Riviera” of Bali. Refreshments in the Pasanggrahan of Gitgit, lunch in Singaradja and in the afternoon to Kintamani. Due to the weather we could not enjoy the famous view on Mt Batoer.

In the evening we attended a performance of the curious Sangjan in the Poera. A dance by young girls in trance, walking over burning coal without being affected by the fire. We stayed in the Hotel owned by the K.P.M., an important link in the chain that this shipping company has created throughout Bali, with the purpose to preserve Bali’s unique culture and keep tourism under control.

After having enjoyed the beautiful view the next morning we drove on via Bangli to the Royal Tombs followed by a visit to the Poeri in Gianjar. Before lunch we arrived in Den Pasar where we stayed with Assistent Resident Jansen. After dinner without guests we attended a remarkable ceremony, the Ketjak, performed by 150 men representing two armies of monkeys. 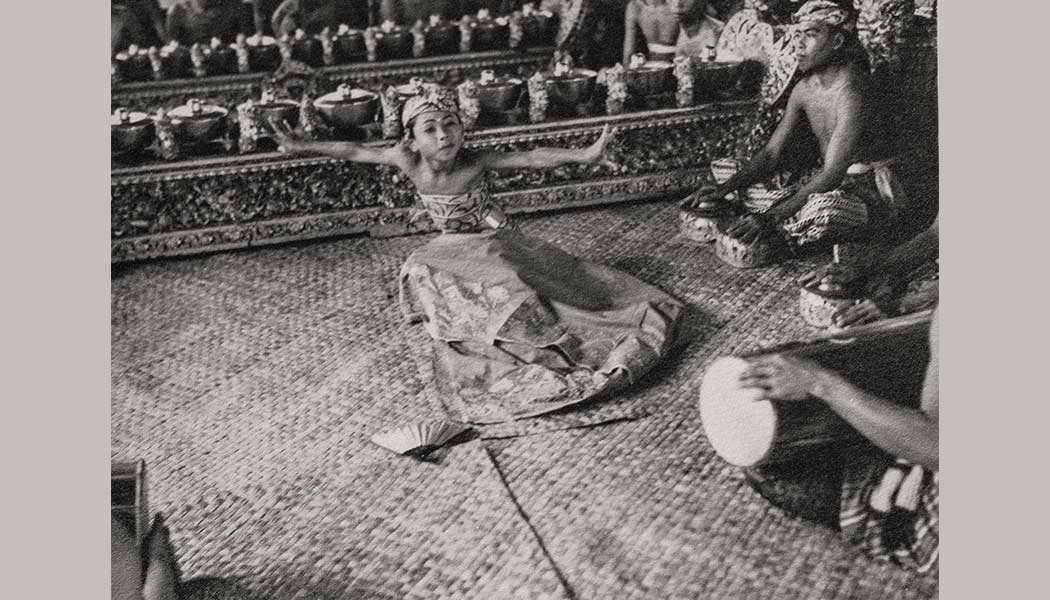 Saturday April 13 … from Den Pasar via the colony for lepers in Sioet to Kloengkoeng: an exhibition of arts and crafts, the Batcave and another colony for lepers near Boekboek. We then arrived to the Poeri of the Anak Agoeng in Karangasem. A very kind and civilized man.

At our arrival something very unusual took place. Also here, like in other places, priests and pedandas were attending, who prayed for the well-beings of the Viceroy and his family. This prayer, translated in Dutch, was handed over to me, which has actually never happened before and was meant as a token of special trust and praise. The prayers of the priests are not supposed to become public.

A scaffolding was built on the compound of the Poeri with on top of it a resting place with a magnificent baldachin. When I asked what the meaning of it was I was told that the good spirits were asked to accompany me and protect me, but at the same time should have the opportunity to rest while I was present somewhere. Lunch was hosted by the Negara rulers. We received gifts. 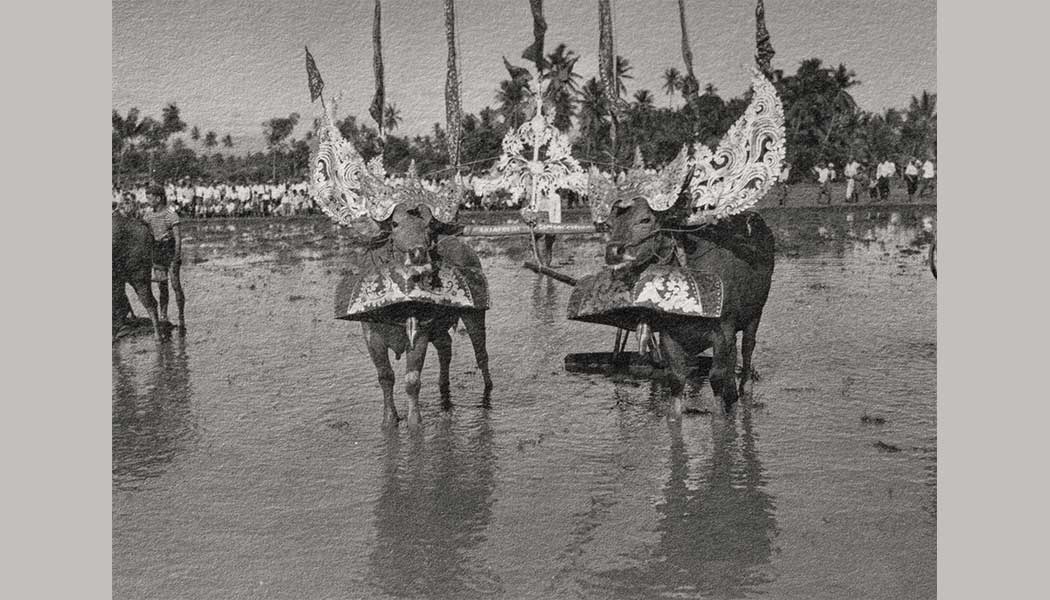 Sunday April 14th … back to Singaradja via Batoeriti and Bedoegoel where we were offered a proper luncheon in Passagrahan on Lake Bratan. The lunch was hosted by the European authorities in Bali.

Later again I received an audience in Singaradja. One of the visitors was the Anak Agoeng of Karangasem who offered a petition in which was requested to restore self-rule in Bali. It was indeed a fact that the position of the Negara rulers was ambiguous. I could not agree more and promised to consider the matter seriously. But matters like this need time.

I was pleased that before my departure, more steps in favour of self-rule were taken. On July 1st 1938 the new situation was established. I wrote to the Anak Agoeng to offer my congratulations with this important event, receiving the following telegram in response: “Bali’s self-rulers sincerely thank you and Mrs. De Jonge for your highly appreciated
congratulations, remembering your gracious attention on offering our request”.

That Sunday evening we witnessed another splendid spectacle. In the yard in front of the Resident’s house a beautiful gamelan had arrived. On a low platform a dance was performed, by Goesti Rake, Bali’s best dancer. It was a dignified finale of our stay.