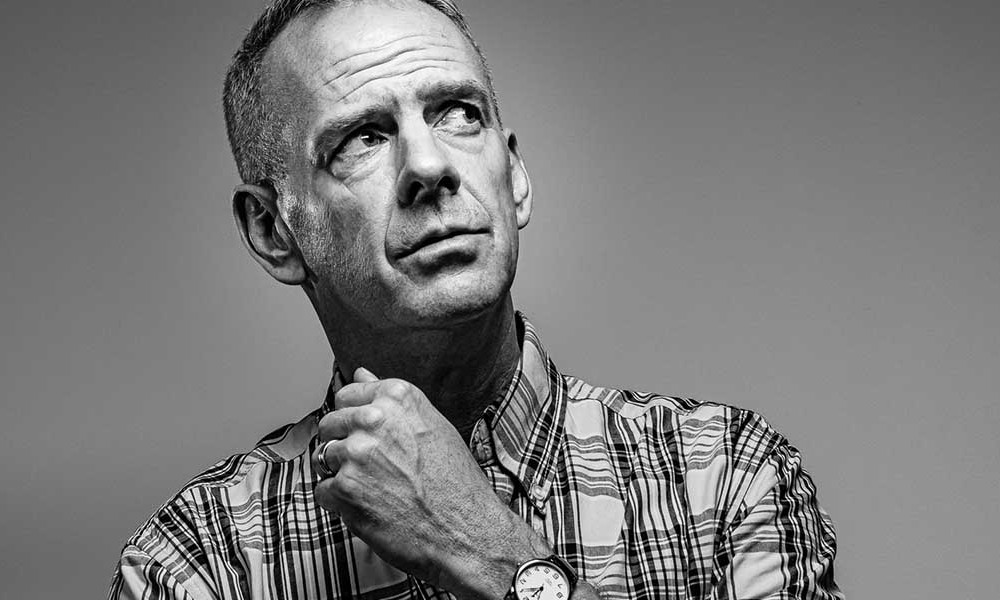 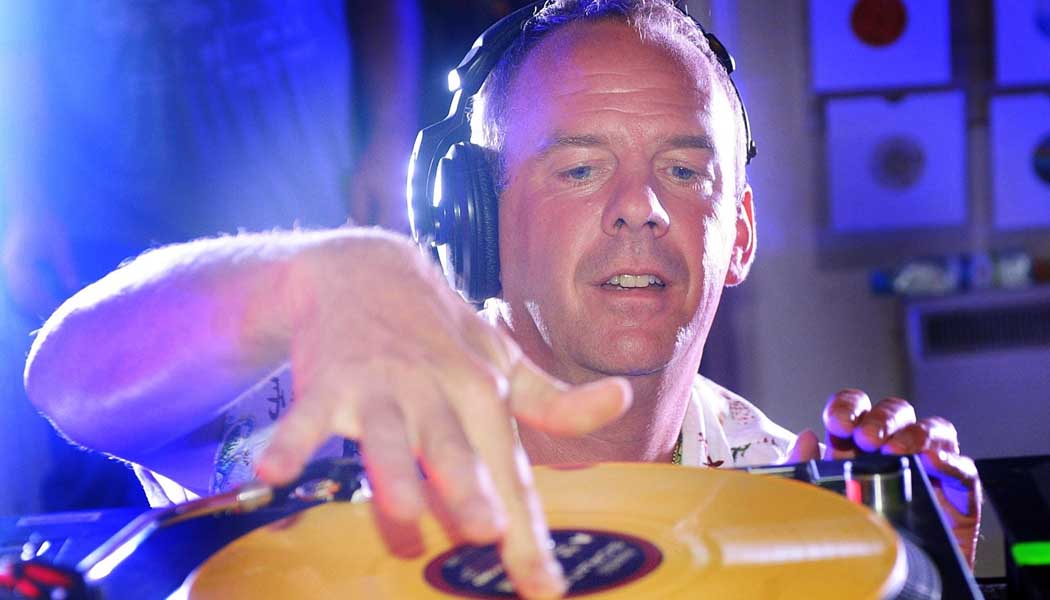 So Norm, have you been to Bali before?

Yes, I was here about 14 years ago. I actually wrote the pinch-line of Rockafella Skank on this beach just up there. I was here on holiday with my girlfriend, and I had a load of demos. One of them went, “Right about now, the funk-soul brother. . .” but it didn’t have a beat to it, so I was sitting on this beach just watching the surfers and then I started thinking, you know, surf-guitar riff and I wrote it in my head my like that. Bali looked very different back then, and I thought this would have to be a place where I come back and deejay one day, so it took me a while, but I’m finally here again. 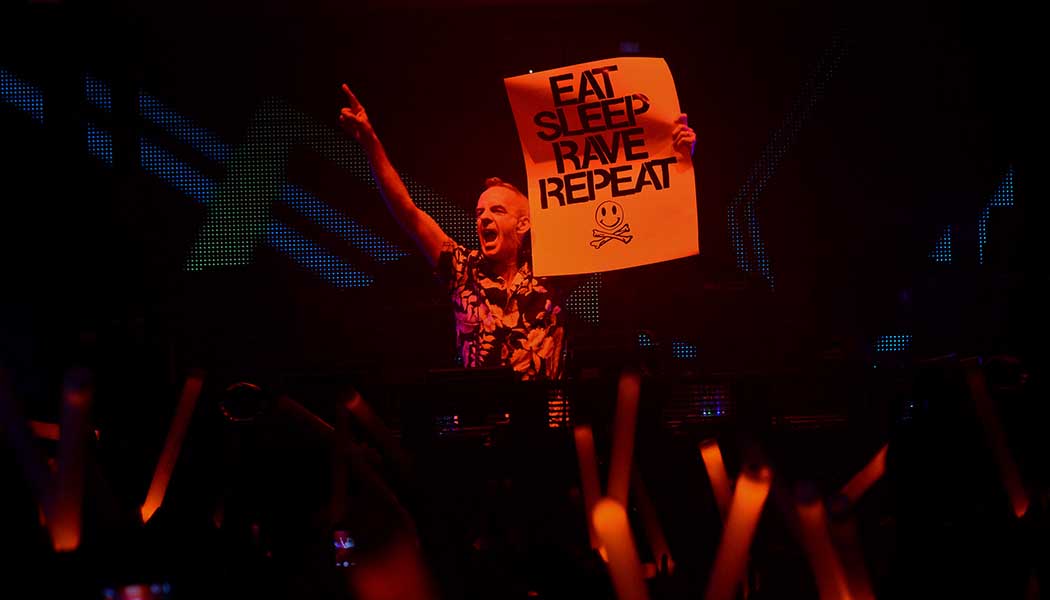 Did you get a chance to see much of the island?

Yeah-yeah, it was part of the deal when I played Zouk in Singapore . . . and Lincoln the owner (who had a friend that owned a hotel here) said, you get a week of R&R here on Bali, which was great – we drove up the volcano and all around, I loved it. When people say, “Where would you most like to go for a holiday?” because I travel so much for work, and me and my wife plan to get away a lot, we always say Bali. I’d dearly love to have brought my wife and kids this time – one day we will have time to do it – but with school holidays and all that it’s difficult. So I’m here on my own this time.

Have you had much of a chance to check out the venue?

Well, literally we just got here three hours ago and then two hours in traffic, but I’ve got a pretty good view of it from here. 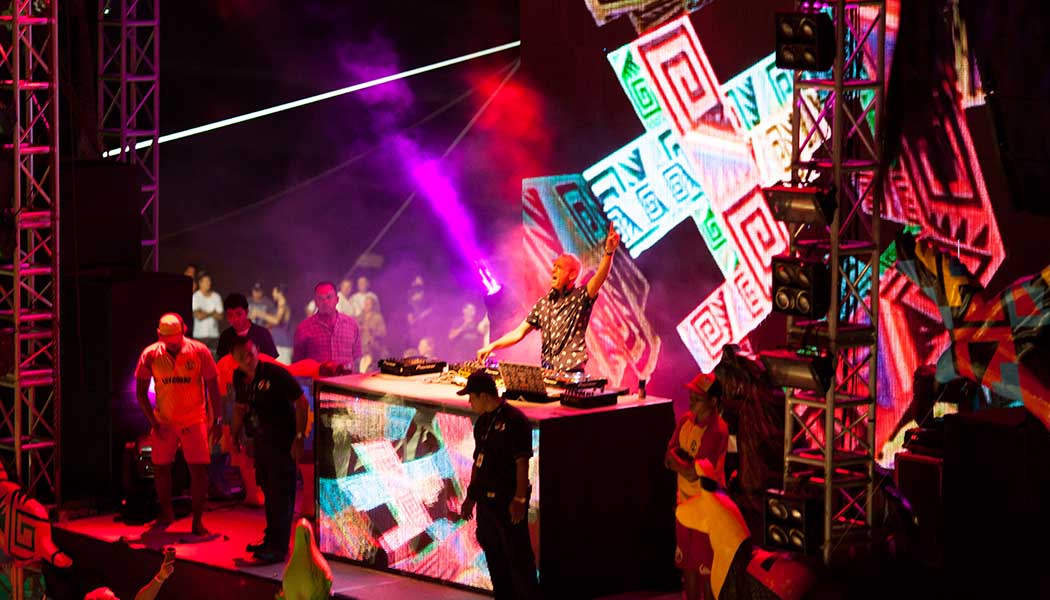 How was the police escort?

I don’t know how long it would have taken us without the escort, but we got here. The thing is, when you’re in gridlock, a police escort can’t do very much – everyone just stares at you!

So going back, what first got you interested in music? Musical Parents? Inspirational figures? Your first concert?

Umm, yeah my family was quite musical, but only in the fact that they liked singing and dancing. I think I saw The Osmonds when I was about eight, and Donny Osmond had his name written in studs on the back of his leather jacket and he had a piano that had light-bulbs on it that would flash when he played it, and when I saw that I thought, “That’s the kind of thing I’d like to be doing”. So, yeah, from about the age of eight; from then on, if you asked me what I wanted to do, I’d say I want to be a pop star… and people would laugh, but then when I started coming of age, it was more of a punk scene, so I downgraded and didn’t want to become a pop star, but more of a musician. That’s all I’ve ever wanted to do. 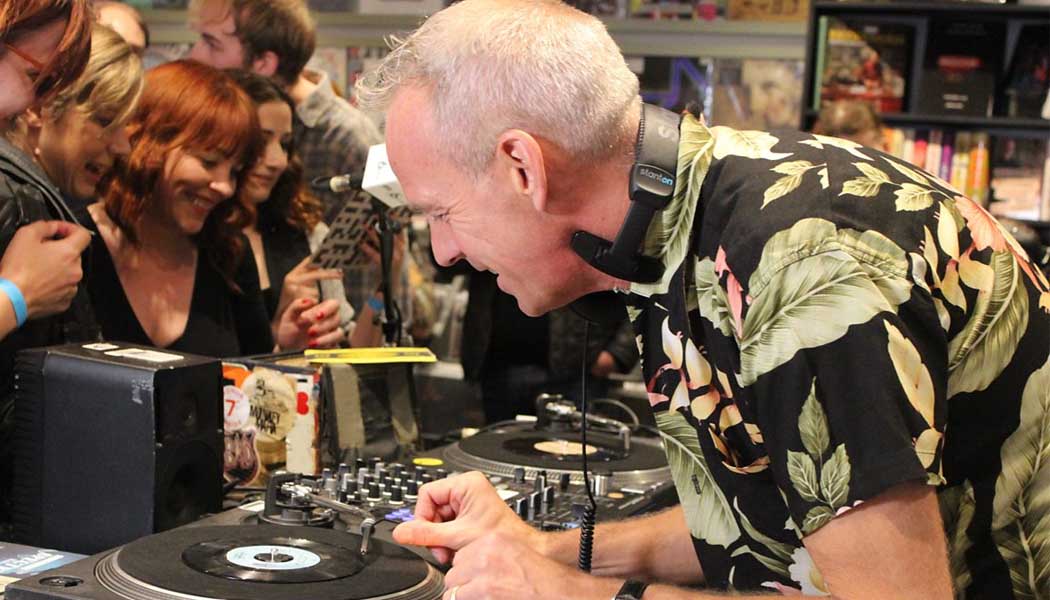 So you started out playing drums?

Yeah, I starting playing drums in the first band for about two months, and then I was a singer for a bit, then I was a guitarist, I mean my first sort of professional gig was as a bass-player for the Housemartins, but the whole time I was deejaying before I got into bands. I was deejaying back in the punk rock days because I was the only one who had all these punk rock records, so I used to get invited to all the parties.

What kind of music were you playing back then?

Well, when I think back I started with sort of post-punk, ska was coming in and the early 2Tone stuff. So I used to get invited to parties because I had the records, but after a while my records would get covered in vomit or beer, so I said, “Look I’ll come to your party but I’m not bringing my records,” and then someone said, “What if my parents hire these double-decks, and you’d be in control of the records and you can have them with you?” So I said alright … and they loved it, and I really loved it, and the DJ thing was born. But in those days, deejaying was more of a hobby, not a career. 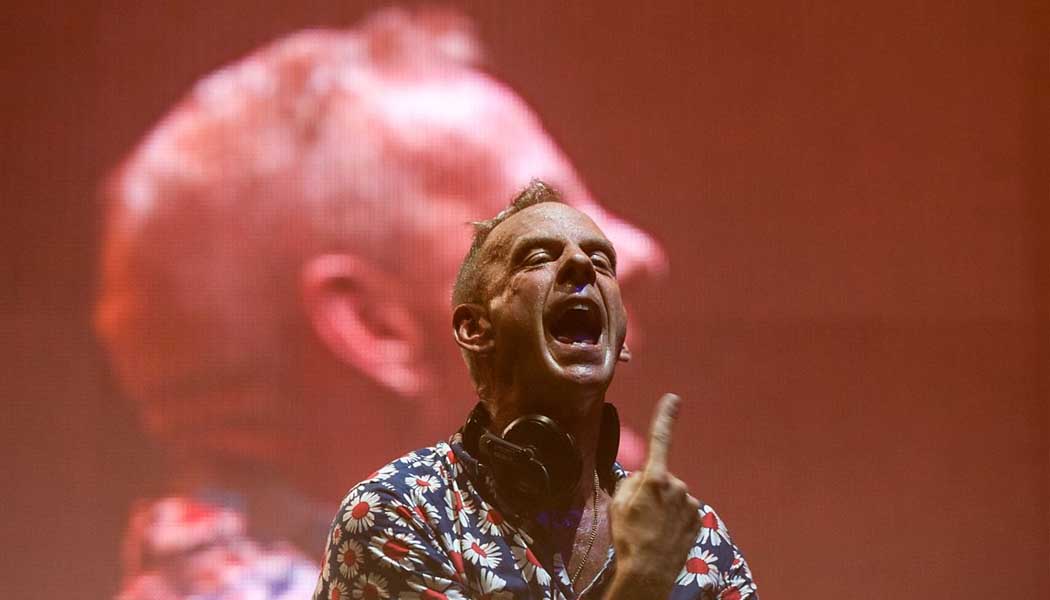 Back then, the DJ thing sort of had a bad name didn’t it? You know wedding deejays and the like?

Yeah, the wedding DJs and this was in the time of the whole “disco sucks” movement in the late ‘70s, so the whole kind of “mixing of records” came later when electro and hip-hop got started.

You were probably one of the first to work with sampling – how did that work with the copyrights and so on?

Erm, well first it was what you could get away with, and then it was basically if you had a hit, then you’d have to pay, if you didn’t have a hit, you were fine. Then it got really serious, and everybody would have lawyers who were just paid to go through all my records with a fine-toothed comb trying to find samples and it became big business, but now there’s no money in the music business because everybody’s downloading, so they can’t afford lawyers anymore, and it’s becoming democratic again and you can get away with more again. 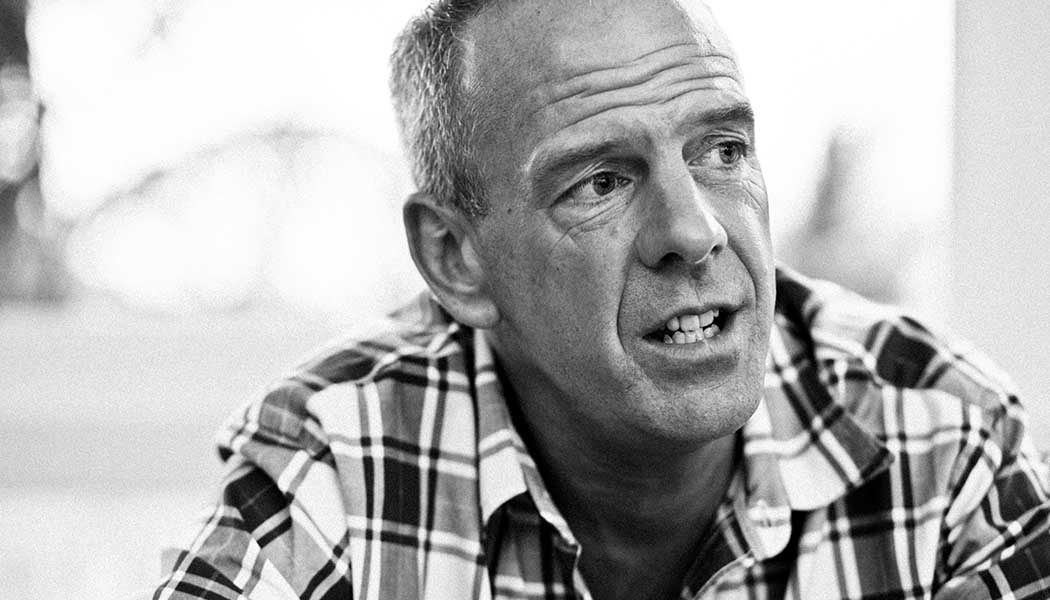 How did it work with The Clash one you did?

We originally put it out as a B-side, and I actually heard or went to see their Big Audio Dynamite show and they came on to it as their intro music, so I knew they were alright, but when it got to be number one, they asked for some money, so I paid them, but I got to meet my heroes that way and we kind of remain friends today.

What’s the toughest challenge for you these days?

Getting into the studio. Between doing stuff like this which is great fun and instant gratification and keeps me vibed and keeps me young, between that and having a family, and having a look at the charts and thinking where would I fit there? Getting into the studio is the hardest thing, I keep getting distracted by my kids and touring. Being a DJ is a lot easier than being in a band. If you’re in a band, you have to go on tour for about six months to promote a record, being a DJ I pretty much play at weekends and then I’ve got some income and can be dad during the week. I tend to go to work Friday afternoon and come back Sunday night and end up doing the school run Monday morning. My wife’s in the business as well, so they’re used to me not being around sometimes but never for any longer than two weeks – that’s my rule. 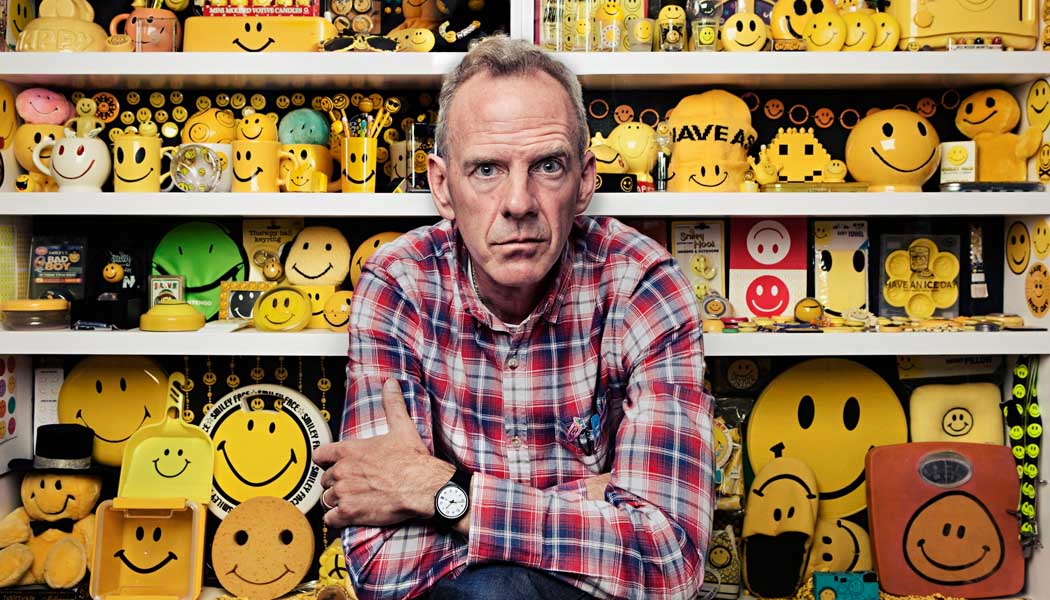 What would you say your top three gigs have been so far?

Umm, Brighton Beach, any of the ones on Brighton Beach… I just did two new shows in the AMEX Stadium, our new football stadium – opening it for concerts, that was pretty hot… any of the Glastonbury ones. Yeah, mainly the Brighton Beach ones are ones that are absolutely locked in my mind

Did you (at the time) actually have a sense of how many people had turned up for 2nd Brighton Beach Boutique?

No… well first one was about 60 thousand people and that was fantastic, I couldn’t believe it got that big. The second one (with 250 thousand people) was a bit scary. That one went from lunchtime, where we were like, Woohoo – everybody’s coming, the sun’s out, yes – and then by about tea-time the police were saying to me, “Look, we can’t do this, it’s too many people”, and I was only allowed to do it on the grounds that it was more dangerous not to do it, than it was to do it. So, the second one was a bit full-on, but just that launched a whole new career for me playing beaches around the world. Then I did Rio, then I did Bondi Beach, I just kind of got this reputation, I guess people saw the DVD of that and said, “Right, we want to do that in our country” – it opened a whole new career for me. 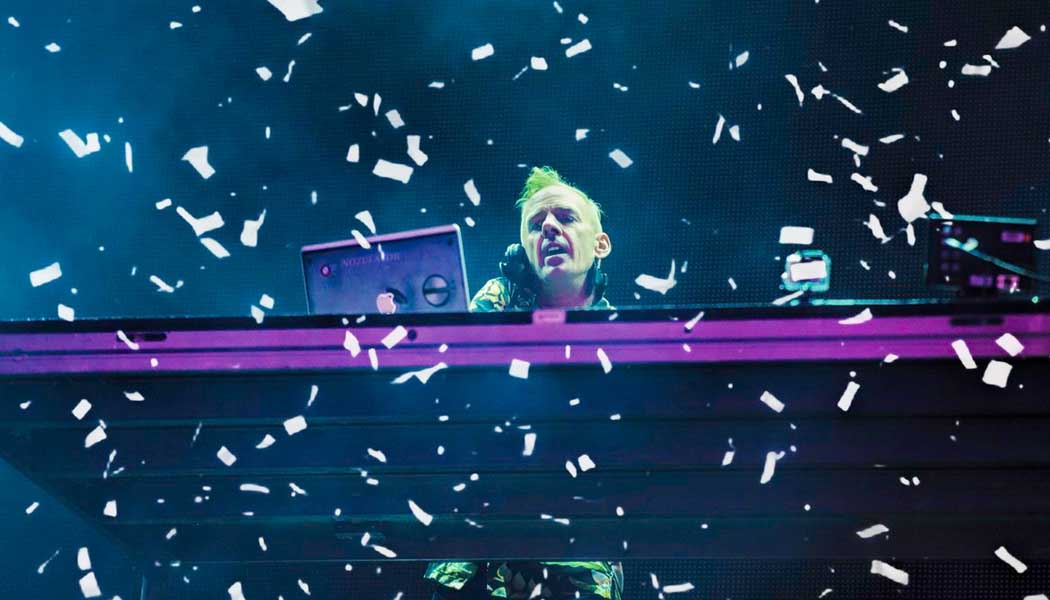 Your shows and videos employ a wonderful fusion of audio and video – do you have a trusted partner or team you have developed this with?

Yes, sadly they couldn’t all be here tonight because we couldn’t get them all the way out here, but yes I work with a bloke called Tim Fleming, who I worked with on the first Big Beach, I guess about 11 years ago, and yeah he’s just a mate of mine from Brighton who’s a video-artist and we have a lot of fun making the visuals together, but sadly the budget didn’t allow us to bring the team out this time.

You don’t get electrocuted?

I do get electrocuted occasionally, but I dance better, I just feel more comfortable barefoot – I’ve had trench-foot, shards of glass in my feet, but I just feel better barefoot.

Thanks so much for your time, Norm – you are a true legend. Travel safe!