The Yak Awards 2011 referenced the roots of this glorious island to bring the best of Bali’s music, culture and cuisine to the Hotel Tugu Bali. 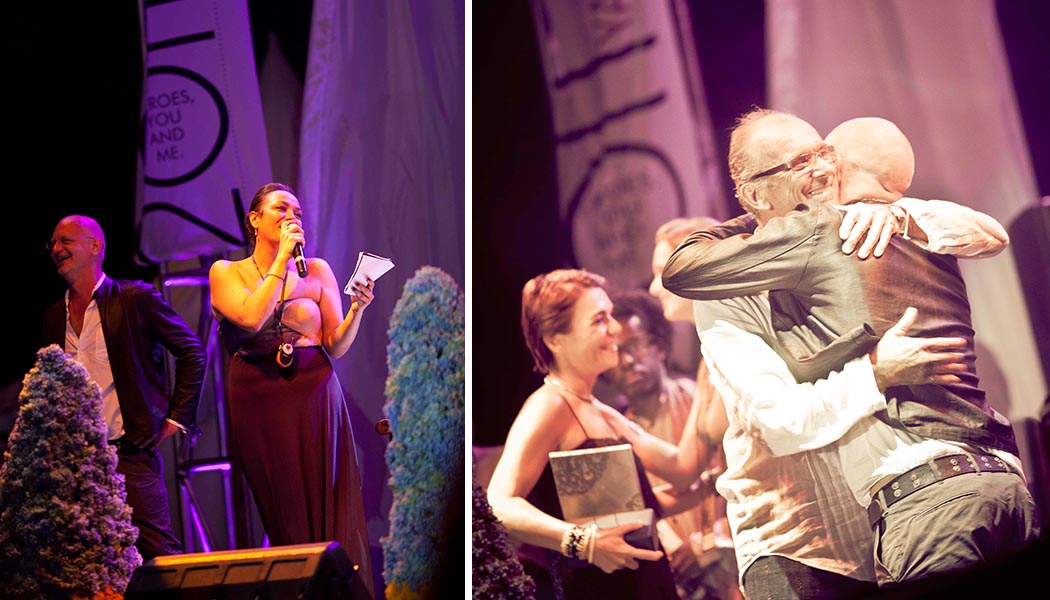 The Seventh Annual Yak Awards held in October 2011 closed Bali’s party season with an event that boasted an array of firsts.

Held at Hotel Tugu Bali, Canggu, on October 1st and themed “Bali Bohemia”, it attracted more than 650 of Bali’s movers and shakers, as well as celebrities from the worlds of fashion, music and culture dressed in “nouveau-trad” gear.

It was a first for Suaramantra’s inter-island World Music group; a first for a fusion of Jembrana’s jegog by Suwentra with Martin East’s global ambient music; and a first for many party-goers to experience the magic of Mekar Bhuana – a 35-strong gamelan orchestra that resurrects and conserves the island’s arcane royal court music. 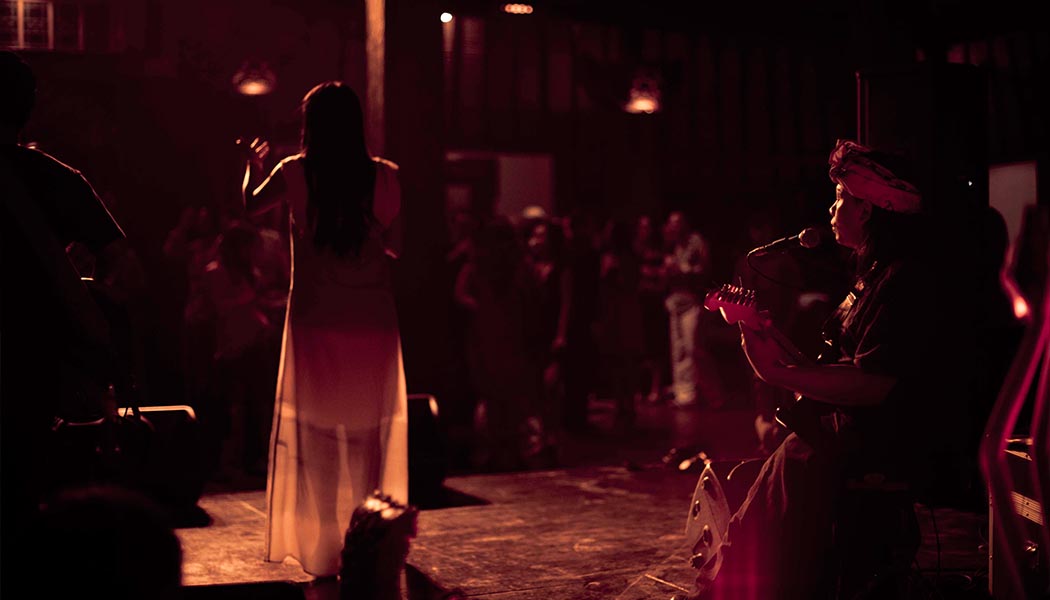 Yakker Sophie Digby said: “We are just so proud and grateful to have been able to showcase so much of Bali’s extraordinary talent in so many fields. It’s what The Yak is about – we strive to be a bridge between the international community and the best that Bali has to offer.”

Hotel Tugu’s rustic interiors and exteriors provided the perfect backdrop to the event which was spread over a number of the hotel’s spaces:

Guests were greeted in the lobby with wines from Indowines and cocktails from Behind Bars Bali, and serenaded by the Suara Mantra Band (which had come over from Lombok for the event).

Intimately lit gardens – were made more enchanting by the music of Mekar Bhuana. 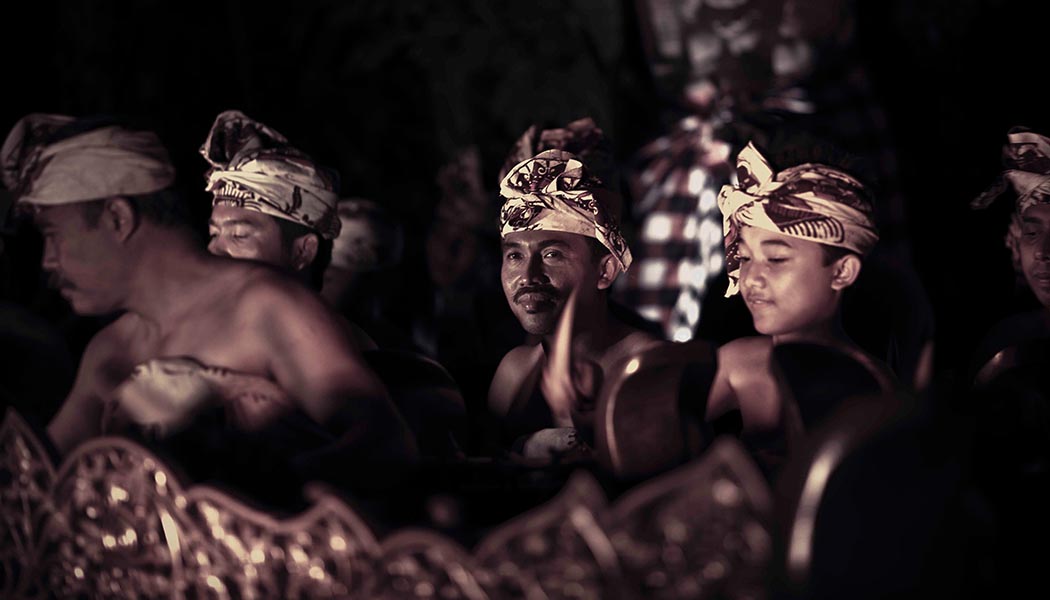 On an elaborate stage on the beach the non-stop entertainment was kicked off by the sounds of Jegog Suwentra and dances from Nyoman Sura. The fresh talent of singer, Yasmin Suteja, was as refreshing as the gentle zephyr blowing in from the sea. And later the house was rocked by DJs Joe White and – long-time Awards supporters – Cozi and Gus Till. 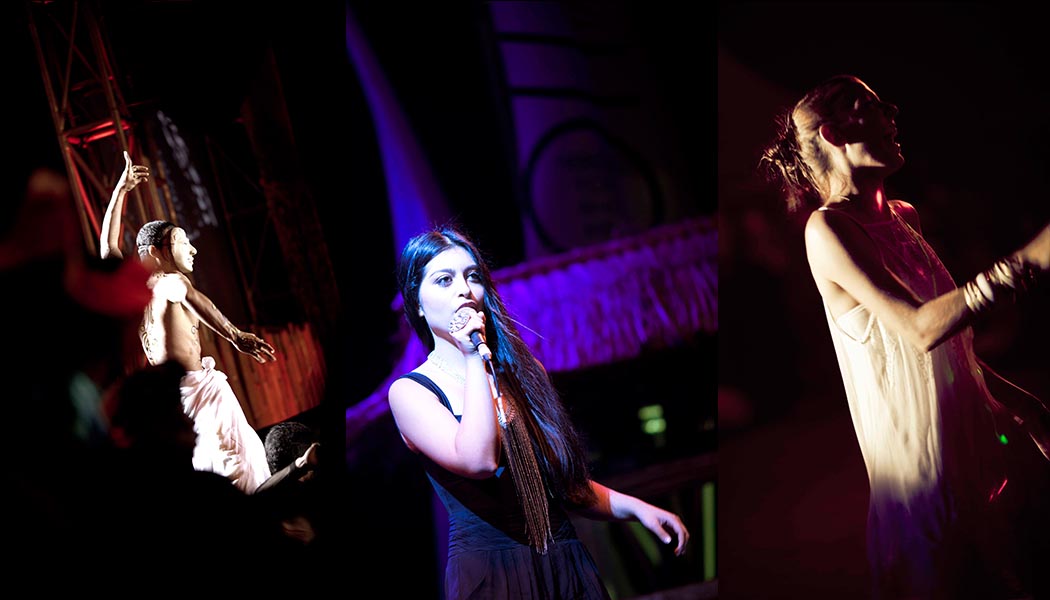 Music production and direction was managed masterfully by Martin East.

Bars and food stalls festooned the grassy field in front of the stage where beers flowed from the taps of the Yak Awards’ official brewmeister, Heineken. Champagne was sponsored by PT Buana Cakra. 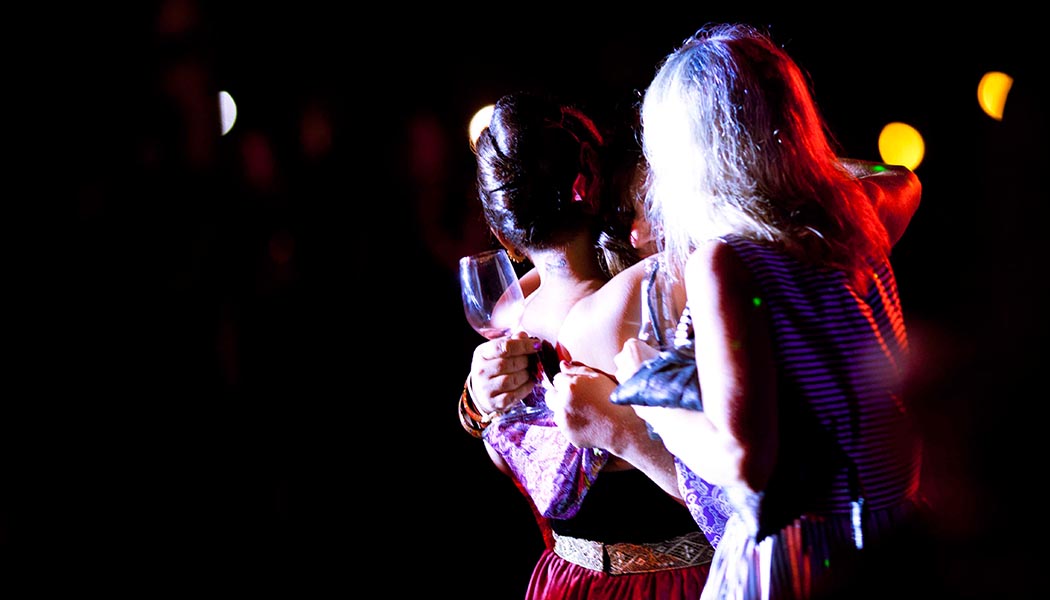 Back at front of house lurked a gem that delighted all comers –14 of Bali’s best chefs from their respective world-class kitchens. They produced a constant stream of delicacies that had the goddesses of glam and their partners panting for more . . . and more just kept on coming. 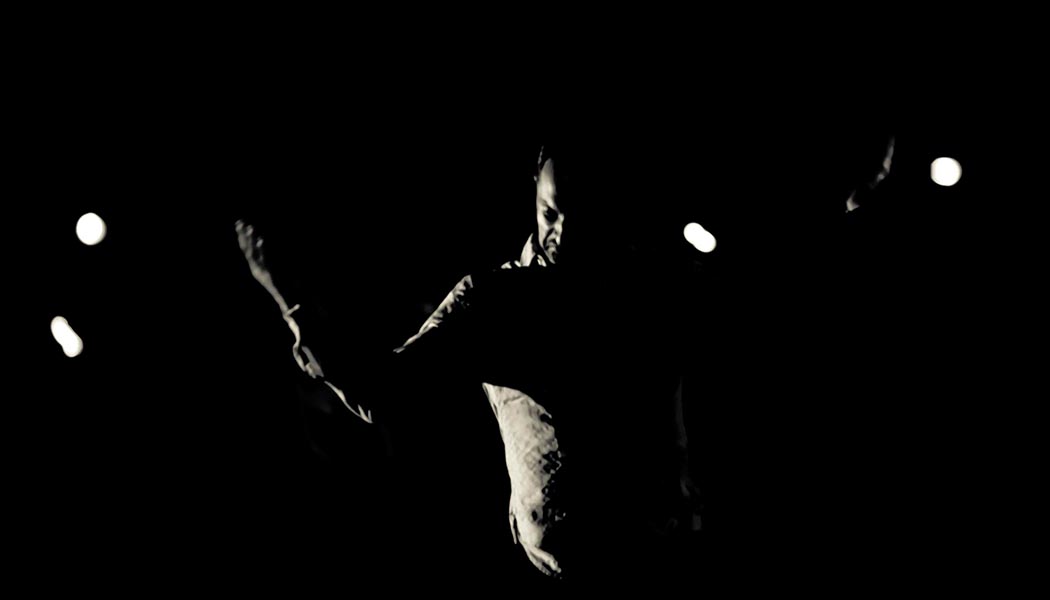 The highlight of the event – the 19 Yak Awards created by sks simple konsep store  – gave recognition for achievement in industry categories, and were awarded by The Yak magazine directors to outstanding individuals and companies on Bali. More than 4,000 Yak fans voted worldwide, through The Yak Magazine’s website www.theyakmag.com, and were tabulated on-line by web provider, Island Communications.

We at the The Yak would like to send our heartfelt thanks to all who helped make the Seventh Annual Yak Awards a resounding success. 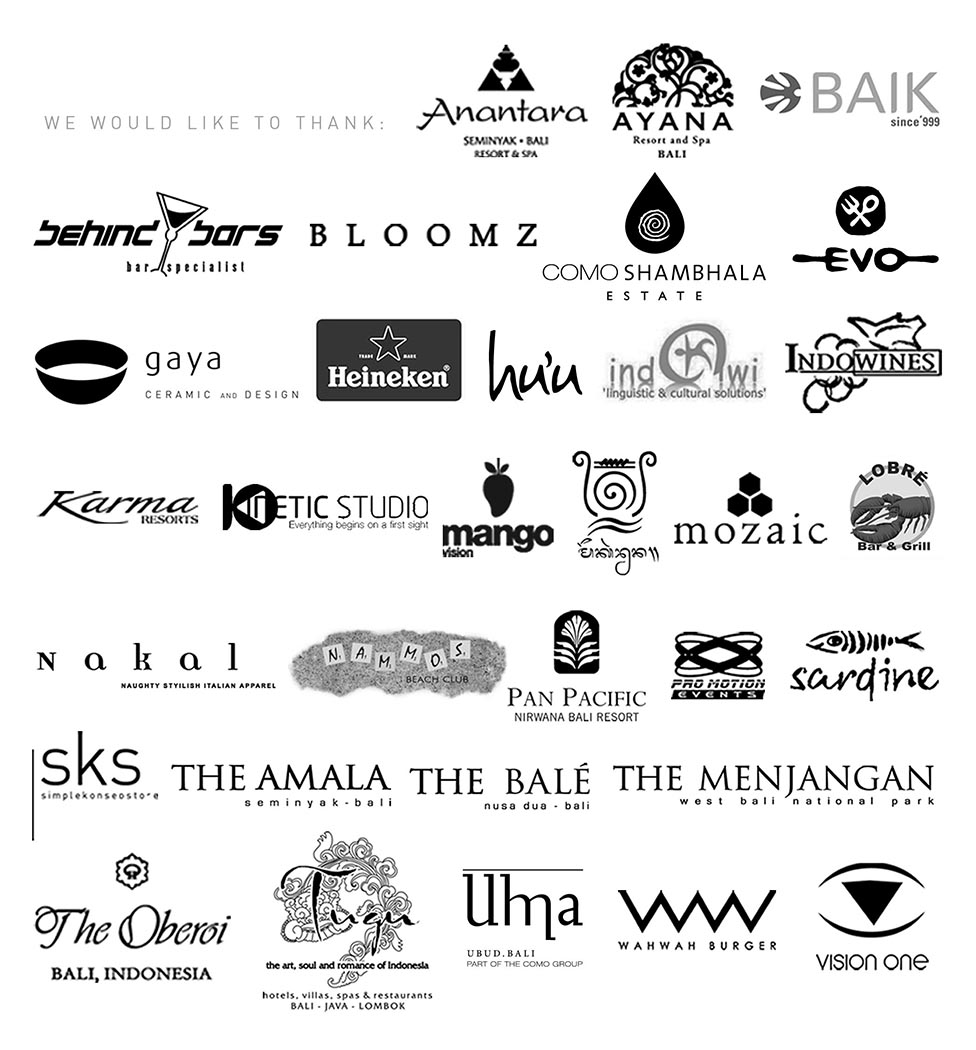 theyakmagazine
•
Follow
Finally here comes the last month of the year! With Christmas Carols being heard everywhere, we want to give a shoutout to the sustainable and Out Of The Box, Bali-based products that you may wish to add to your Xmas cart or gift box! Firstly, we have @kali.dogwear who create perfect Christmas gifts for our furry friends 🐶 Then, @balibalance offers amazing, natural skin care products whether for friends or eco-friendly corporate gifts and @terrawaterindonesia changes the way we look at our drinking water with their 100% natural ceramic water filters. Save yourself in 2023 from buying water in plastic galon bottles! Next on our wish list is a ride on @katewood_originals' fixie bamboo bicyle before we go online to shop for some iconic pieces of jewellery from @make_a_scene_bali and @triciakim.co. This way we know we can stand out in Bali's Christmas crowds! ✨ Christmas cheer comes directly from @sababaywinery, @sababaydistillery and @nusantaracoldbrew as we giftwrap beautifully crafted handbags and accessories from @christian.graciel and @padmala.atelier. This Christmas let's dip into nature with @sensatiabotanicals sustainable cosmetic products 🌴 If you are looking for gifts for the home? Maybe choose Bakul or Cawan Jala made by hand in the @jiabyock workshop or check out @plastikkembali for recycled art and home goods that are perfect, mindful Christmas gifts for your friends and family! ☃️🎅 With Sustainable on our mind, our subsequent upload will outline which hotels and resorts are what we call 'Sentient Stays', book into these to spend your festive week and quality time with the family, with a clear conscience! As always stay tuned to our social media channels as we continue to give you these recommendations of where to stay! Or, if you're in a hurry, head over to our The Yak #67 issue to find our preferred "Sentient Stays". Order a PRINT copy of The Yak #67 or see the digital version through the link in our bio 🥰🎉
View on Instagram |
1/9

theyakmagazine
•
Follow
And just like that, in a blink of an eye, here comes the end of November, and we are starting to see everyone lighting up their Xmas trees. But aren’t we also seeing who's just opened, reopened or unveiled, just in time for Xmas? Swipe left to see who they are and invite your friends to enjoy the brunch, lunch, and dinner. Any comments? Please post below! 1. Our favorite Tex-Mex restaurant and Tequila bar @jalapenobali, has finally arrived in Berawa! Designed by Blanco Studio, the design echoes the desert-terrain inspired look of their other venue, in Sanur. Jalapeño serves outstanding Tex-Mex food and Tequila-based cocktails that seem like they just came from across the border…They did! East to west! 2. A brand new, bijou Japanese restaurant opened recently in Ubud. Head up to Jalan Bisma, seat yourself in one of the 16 seats at @shichirinubud, and watch the flames work their magic on the Teppanyaki, Konro Grill and Gyukatsu. 3. The latest addition to Berawa's ever-growing dining scene is @maize_bali - a sublimely stylish, cozy and vibrant eatery. They serve an array of contemporary cuisines that are inspired and rooted in Latin flavors and traditions; while also celebrating local, imported and seasonal ingredients from Bali, Latin America and the South East Asia region, in general. 4. @shelter.cafe.bali with its Middle Eastern & Mediterranean twist has launched in the heart of Seminyak! Now you can have an all day brunch every day from 8am to 4pm. 5. Following an eleven-month closure due to the pandemic, @mozaicrestaurantubud finally reopens its venerated doors on the 15th December! Trust us, there is way more to our flavour palates that we will ever know, until they re-open their doors on December 15th! 6. @inklusivwarung is now open! This uber-conscious-on-many levels restaurant employs deaf, hearing impaired and other minority workers with the aim of spreading awareness about the deaf and other minorities. They’ve got our attention! 7. @ambaratmandapa has finally unveiled! That’s on the Sayan Ridge for those that don’t know! They elegantly present a re-imagined experience of curated cocktails and Japanese-Indonesian fusion gastronomy.
View on Instagram |
3/9

theyakmagazine
•
Follow
From Petitenget through Berawa to Batubolong and beyond, the new drinking scene in Bali plays host to beautiful people, creative and crafted cocktails in uber-sexy venues, all just oozing with style, class and banging tunes! The Yak takes you to our very favourite watering holes, starting with what can possibly be classified as one of the first Speakeasys in Bali that carried with it a very strong Speakeasy storyline – The Shady Pig, the first of the four Shady’s in Bali… See The Yak's Top Alternative Bars, Speakeasies, and Lounges in Bali through the link in our bio! . . . #theyakmagazine #luxurylifestyle #bali #theshadypig #theshadyfox #theshadyflamingo #segno #behindthegreendoor #baliparty #balibar #balibooze #speakeasybar #balilounge #thebaliguideline #thebalibible #balilife #balihits #balinightlife
View on Instagram |
4/9

theyakmagazine
•
Follow
Christmas is around the corner! 🥳 Thank you so much @puri.tomato for the cute christmas tree, christmas wreth, and some herbs plants 😍✨ . . . #theyakmagazine #bali #christmas #puritomato
View on Instagram |
5/9

theyakmagazine
•
Follow
Oliver Koletzki at KU DE TA - GIVEAWAY ALERT!! Get ready for another epic event on December 4th as we will welcome Oliver Koletzki at Ku De Ta. A legendary DJ, Producer, and label owner (Stil Vor Talent) from Berlin with a distinguished sound, using range of styles from minimal to house and categorical techno. Throughout his 17 years career path, Oliver tours around the world performing in various gigs and festivals – from the deserts of Burning Man, AfrikaBurn and Rainbow Serpent to the beaches of Tulum, Tel Aviv, Ibiza and beyond. You can win 2 tickets to his performance at Ku De Ta by following these 3 easy steps: 1. Like & add this post to your story by tagging @cnnctdshow and @theyakmagazine 2. Follow @cnnctdshow and @theyakmagazine 3. Tag a friend in the comment section below. The more you comment, the higher chances to win! Winner will be announced on December 2nd on our IG Story. Make sure you followed all the steps and your account is not in private to have valid entry. We will randomly choose the lucky winner using Random Picker. Follow all the steps and good luck! Tickets are on sale: https://connected.show/ . . #theyakmagazine #cnnctdshow #bali #luxurylifestyle #baliparty #balilife #balibeachlife #balihits #BaliParty #balibeachclub #thebaliguideline #thebaliguru #thebalibible #oliverkoletzki
View on Instagram |
6/9

theyakmagazine
•
Follow
Well, dear Yakkers, only two Minyaks to go and CHRISTMAS is a’coming 🥳☃️ This issue, after the craziness of the B20/G20, we have had a bit of time to breathe, distribute our first print issue since 2020 and prepare ourselves for some Festivities, actually, let’s just call it the PRE-FESTIVE season. Check our newest issue of MinYak to see all Pre-Festive news from the island. Link in our bio! . . #theyakmagazine #luxurylifestyle #bali #baliindonesia #balilife #explorebali #balidaily #balibible #baligasm #thebalibible #infobali #visitbali #balitravel #balifood #balifoodies #baliguide #balilivin #thebaliguideline #balivacation
View on Instagram |
7/9

theyakmagazine
•
Follow
Something special is brewing! Congratulations @canard.id for unveiling six unique Bali-brewed craft beers 🍻 @canard.id is a micro-brewery established in Denpasar, Bali in 2022 by a couple of talented brewers who loved to explore the history and the many varieties of beers that exist today, using the original recipes, often centuries old, and in the spirit of the authentic original brews. You can try all of their awesome beers at Canard Taproom. Open Wednesday - Sunday | 2pm - 10pm #theyakmagazine #luxurylifestyle #canard #canardbeer #balibeer #balibooze #drinkresponsibly
View on Instagram |
8/9

theyakmagazine
•
Follow
Editorials, advertorials or advertising, we would like to give a massive shout out to all The Stakeholders that supported this issue of The Yak. We will be uploading all the content onto IG over the next couple of weeks, and we start with: Our advertisers: Our glorious Gatefold hosts @nihi who welcome the G20/B20 delegations to Indonesia and on into our magazine we would like to recognize each of our stakeholders: @nuanu_city - a home for visionaries, leaders, creators and makers, @kempinskibali celebrating Indonesia's Unity in Diversity throughout the year, @aperitifbali - awarded Indonesia's Best Restaurant at the World Culinary Awards, @kurakurabeer - Indonesia's first craft beer in a can, @galdirancigar - a premium, Indonesian hand-rolled, woman-led and women's empowerment cigar enterprise, @sensatiabotanicals - Bali's best natural skincare since 2000, @kelikiluxurylodge who invites people to get in on the action to invest in their new development of villas and suites, and last but not least is @karma.group the award-winning global travel & lifestyle brand delivering extraordinary experiences in the world's most desirable destinations. Next up we will upload the Sustainable and Out Of The Box, Bali-based products that you may wish to add to your Xmas cart or gift box! Stay tuned to The Yak's social media channels or head over to our flip-book for The Yak #67 on ISSUU to read more articles and editorials. Link in our bio! . . . #theyakmagazine #theyak67 #luxurylifestyle #nihisumba #nuanucity #kempinskibali #aperitifbali #kurakurabeer #galdirancigar #sensatiabotanicals #kelikiinvestment #karma #karmagroup #sustainability #ecotourism #bali #balilifestyle #explorebali #wonderfulbali #wonderfulindonesia #G20Indonesia #B20Indonesia
View on Instagram |
9/9
Follow Us On Instagram