George Sewell Called Me An Idiot

Cub reporter Tony Stanton gets it all wrong with a movie star.

I watched Get Carter for the first time the other day and realized I knew one of the villains. I mean I didn’t know him . . . like I know my mother, let’s say  . . .  I just recognized his face. I thought back 30 years to my time as a junior reporter on an evening newspaper in England and realized I’d actually met the guy one day in a hotel lobby in Peterborough. His name was George Sewell.

Being a reporter back then was a relatively glamorous affair – if you worked in a bank that is. While most of my classmates had either gone off to Uni or joined the local water authority, I’d opted to become a journo. This entailed four terrifying years as an apprentice – ­ making the coffee, learning Short Hand [Pitman New Era] and covering Parish Council meetings, which in my particularly rural part of the provinces meant I got to sit in the corner of some very cold Parish Halls listening to arthritic farmers complain about kids.

If you survived that you got to go to Court. This was truly scary. It entailed sitting in the wings watching a parade of Neanderthals try to answer why they had failed to pay their fines, previously imposed for such crimes as public drunkenness, drink driving and Grevious Bodily Harm (committed while drunk).

Incredibly I survived all this, and finally came the day when, as Senior Reporter, I was headhunted by the nearest big paper – the Peterborough Evening Telegraph. Off I went in my newly purchased secondhand MGB to the big city, and on arriving at work was given an assignment to interview “an actor from the local panto”. 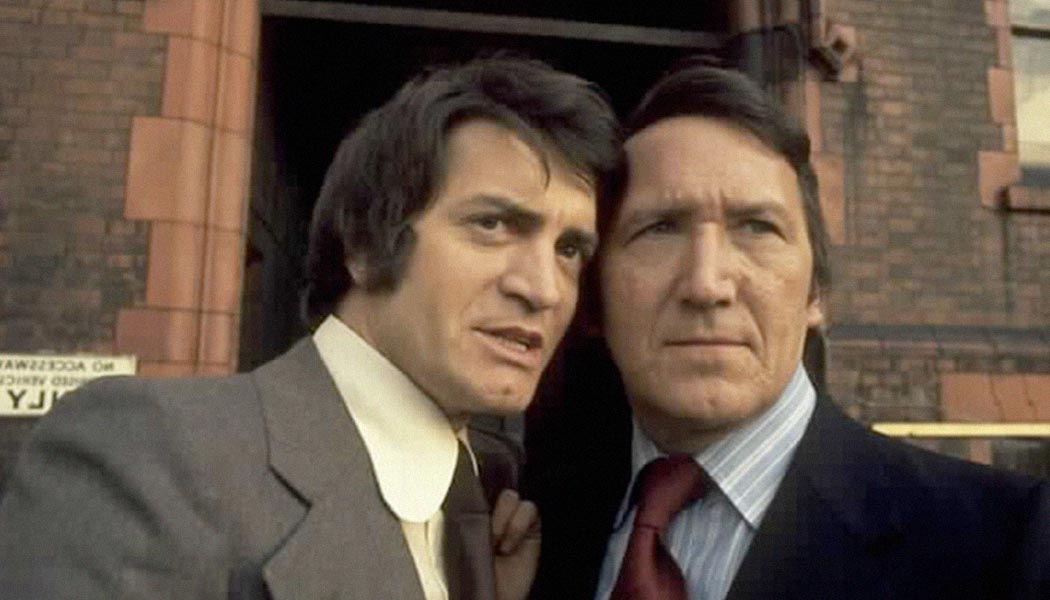 Far from playing Widow Twankey, I learned later that Mr Sewell was actually performing in a rather hi-brow play at the city’s biggest theatre. I forget the name of it. I forget the name of the hotel too. In fact I didn’t really know anything at all about Mr Sewell at the time:  who he was, what he had done or anything about his background . .  . aside from one yellowed clipping from the newspaper’s library in which he had been described as “the craggy-faced actor George Sewell”.

I sat down for the interview and looked over the table at this rather large, villainous man – and couldn’t think of a single thing to ask him, other than: “So why do you think you’re known as ‘craggy face’. Does that work for you in panto?” Mr Sewell – friend of Michael Caine ­– looked at me intently for about five seconds, stood up and left. “You’re an idiot,” he said on his way out.

I didn’t write the interview, because I didn’t have one to write. I told the news editor when I got back to the office that Mr Sewell had been unforthcoming with his answers and on the whole was not the sort of person I thought we should be including in the paper anyway. From that day on and for the next six months I was assigned to the paper’s Letters Page, otherwise known in the office as ‘Siberia’. Sewell was right. I was an idiot.