The Yak Awards 2015 dropped into the fabulous open-air venue of IlLido to celebrate the 12th such event whereby newcomers, venues, people – and even wine lists – are all up to garner a coveted Yak Award of said year!

A tad later than usual due to the tad not-yet-finished venue of choice … I believe it’s almost there . . . 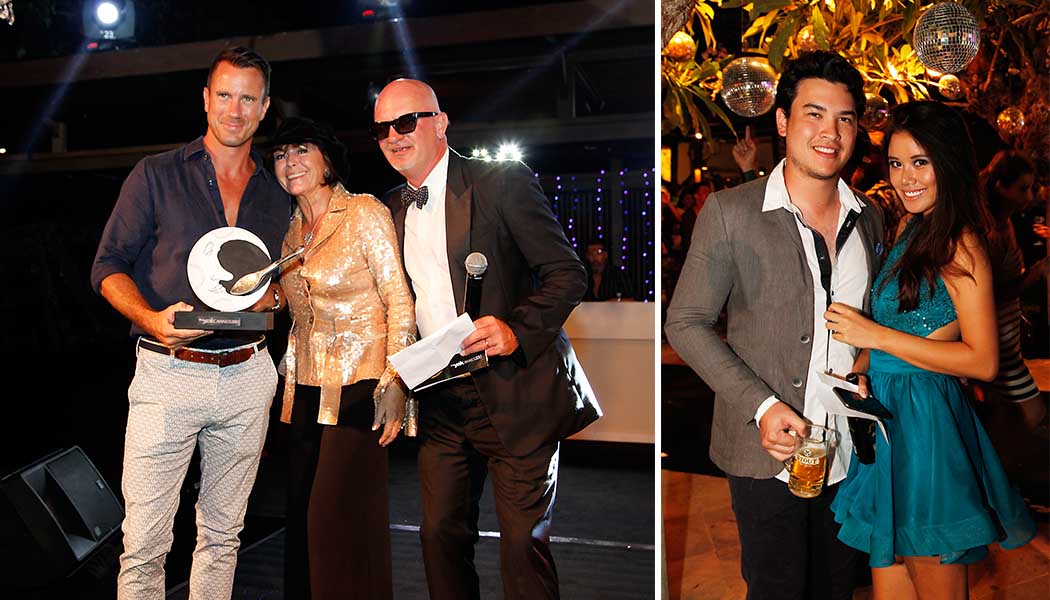 So racking it up just one more notch in the musically and costume-themed annual party, (past events being Shanghai Chic, Martini Years, Motown and Disco Inferno – we do actually have method in our madness – musically speaking), this year’s Studio 54 party gathered all and sun-dried under the sparkling sky of the “not so rainy season”.

The likely and unlikely crew assembled to red carpet interviews by Australia’s Channel 7 hosted by the ever-effervescent Christina Iskandar. The dress code was fierce – Studio 54 – harking back to days of nutty New York and that Big Apple that never sleeps. Lapels, Elfen-ear shirt collars, bold-patterned rayon, barely-there frocks and lots of shparkle … We really should consider a Best Dressed prize next year!

And so they came, looking for a white horse – not allowed – and possibly Jagger, Jade and Jackson… ? 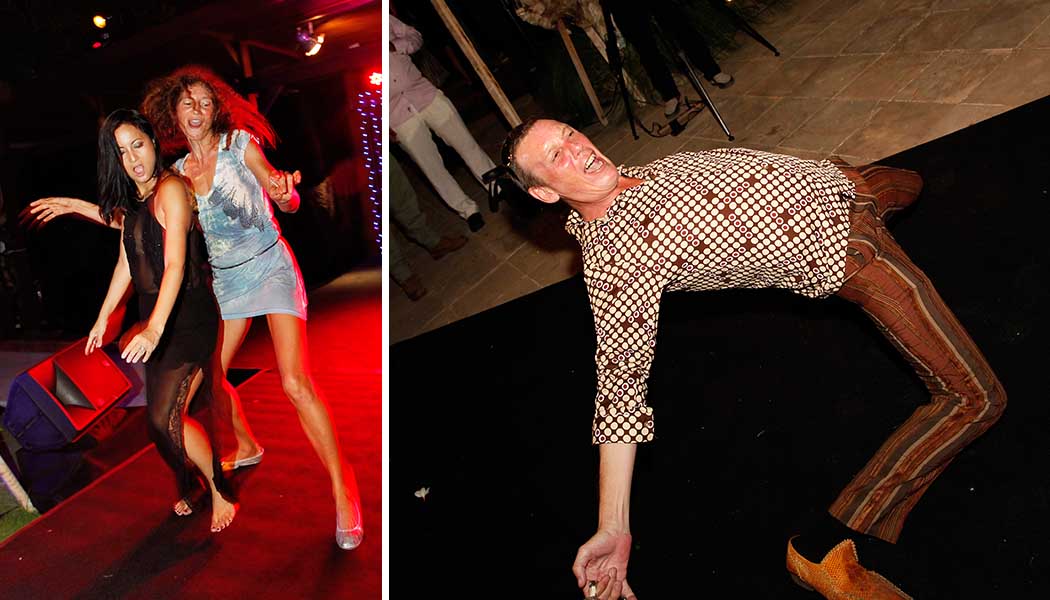 As always in true Yak-style there was more booze than food. Cointreau hit us on our way in, with their booze truck (we love those pimped VW’s) before getting fluted at the Chandon and Belvedere Bar.

We then dripped (it was hotter than Hades) over the chaise longue provided by Bloomz and Vision 1 for those iconic images for ‘the night we can’t remember’. Moving on we sashayed forward to pick up a glass or two of vino by labels Isola and others privided by Indowines.

This is how our screenwriter saw it . . .

In the meantime the stage is set. (Moon and Spoon awards – stage right – by Philip Lakeman Ceramics).

Microphones are held by the dream-team duo of Simmonds and Ardie who warm us up to the ‘who has won what’  this year!

[Sideline – some of you were late!] 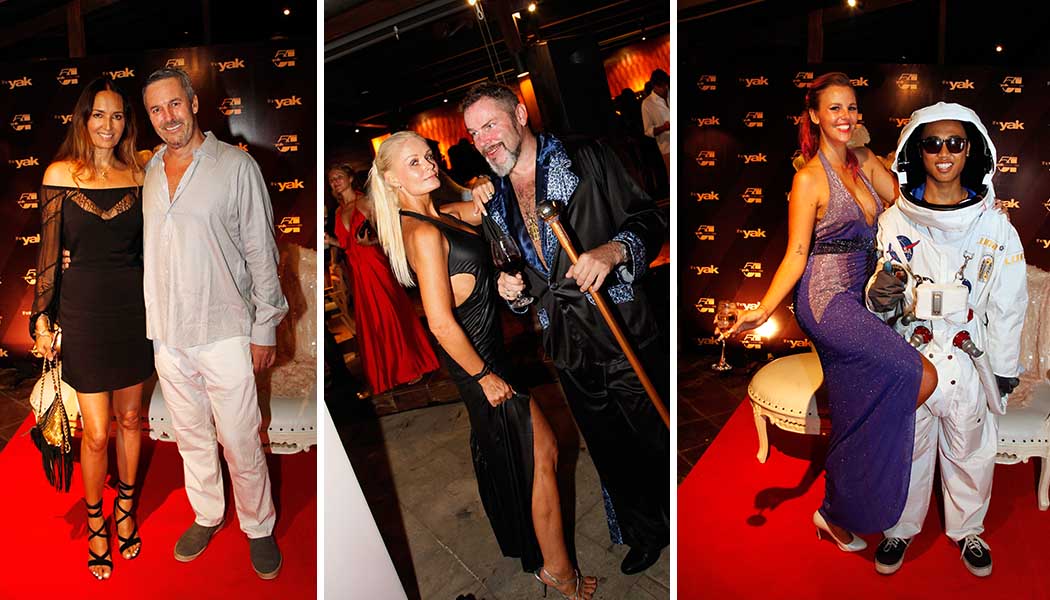 And the winners are:

Best Chef: (Just one vote in it) Liam Nealon, Sundara at Four Seasons

Best Photographer: (Just One Vote in it) Amberly Valentine

In the meantime canapés are passed around by The Yak Culinary Sponsors (always delicious, always amazing, always just a mouthful!): 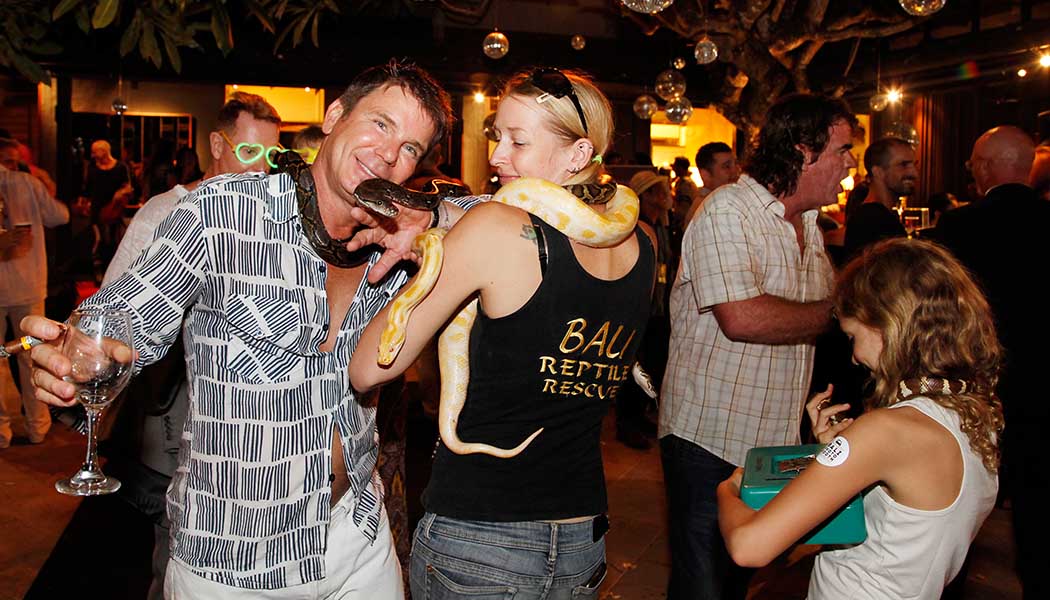 Musically, G Man holds us enthralled in true Studio 54 suspense, covering tunes that we can all sing along to, followed by Michael Jackson – BTW he has not yet left the building – and his team of Thriller dancers.

Whilst we sip and swing to the tunes and clap to the gilded ones, we notice Gelato Secrets and Poule de Luxe sweetening the sweetest of nights – poufs and cones all the way!

Just when we thought it was all over, Ouh la la Lingerie, we were so wrong! Here comes the after-party which starts with lace and lingerie . . .

… And in true Studio 54 style, someone has taken their top off in the booth… possibly a girl guide from Canggu. 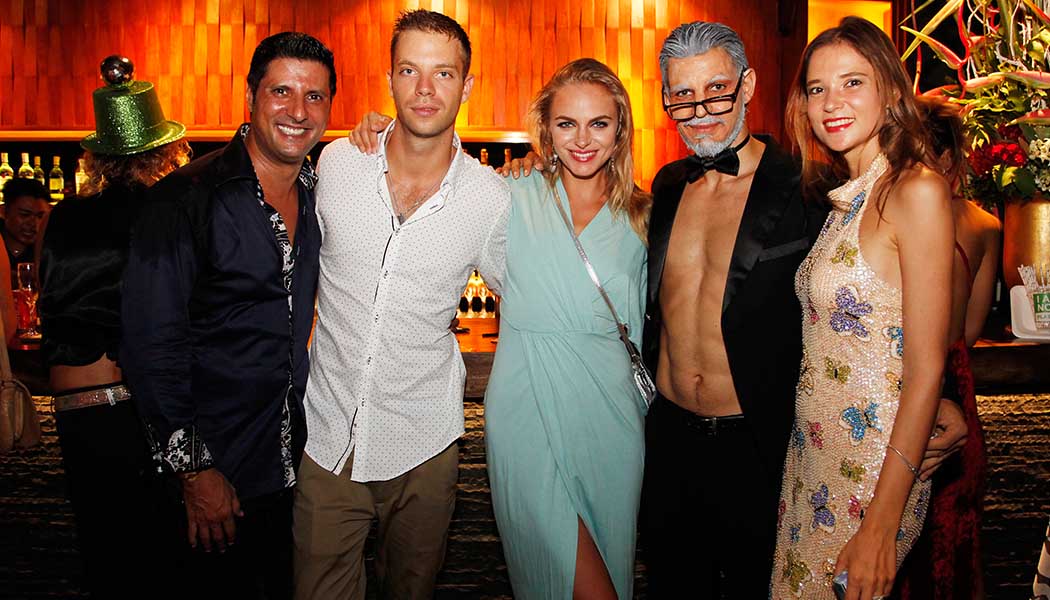 PS. Did any of you find my shoes? CSD